Warhammer 40,000: Darktide Going Out With a Bang

A brief guide to completing the hardest achievement tracked by Steam: Going Out With a Bang.

Going Out With a Bang Achievement Guide

“Going Out With a Bang” is currently the most difficult achievement tracked by Steam, sitting at a less than 1% completion rate as of the writing of this guide, and only beaten out in that regard by “Like a Four-Leaf Clover”. Here I will be covering where to attempt this Penance, what gear/feats are required, which difficulties you should be attempting it on, and the best overall strategies I have discovered for its completion. Let’s begin.

What You Must Possess 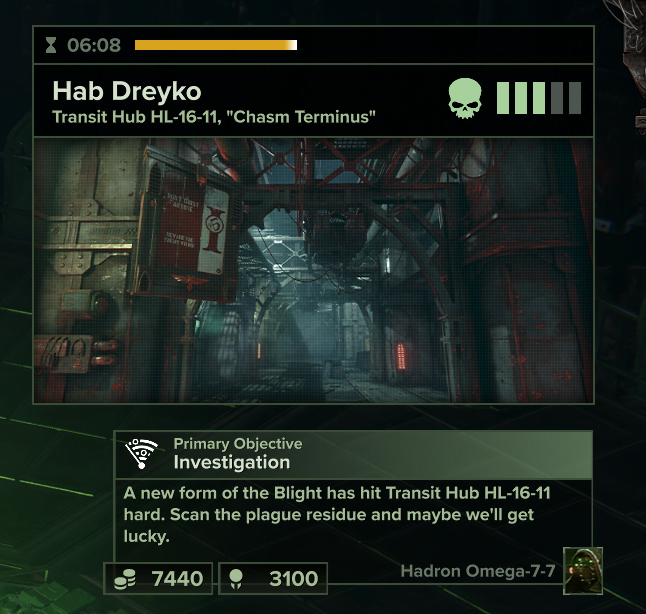 So close to greatness.

What You Must Lack

What is Optional, But Helpful

To begin, one must join an Investigation mission of Heresy(4) difficulty located at Hab Dreyko. This Penance may be possible as low as Malice(3), but despite the lower difficulty it will in fact be harder. I will go into detail why later.

Alert your team as to your intent: that you wish to complete the Penance “Going Out With a Bang,” and that you will likely require their cooperation. If any do not wish to assist, do not ignore them. If your sole goal is the completion of the Penance, simply leave the team and join another. You cannot complete this Penance with a hostile teammate.

You now approach the point where this Penance may be optimally attempted. As a team, clear your way to extraction, but do not board the extraction vessel. Instead, kill everything. Ensure that everyone is on the final rooftop, and kill everything. Eventually, almost all enemies will stop spawning, save for out out of one final monster closet.

This monster closet has two possible sets of spawns:

You may now engage the elites, in whichever way you see fit. If you kill them prematurely, simply wait for another group. If they down or kill you, your teammates can simply kill them and revive you.

At this point, completion of the Penance is determined solely by your skill, creativity, and patience. You have unlimited attempts with minimal downtime to perfect your strategy.

I do not know which weapons you have access to or prefer, so, I will not attempt to say what build is “best” for completing this Penance. Instead, here I’ll simply describe my circumstances and the specific strategy I employed to succeed.

First, my build. My feats and melee weapon of choice were, practically speaking, irrelevant. They played little to no role in my successful trial. Instead, I used the Rifthaven Mk II Purgatus Force Staff. For enduring damage, I used one Toughness Curio, one Health Curio, and one Wounds curio.

What the Monster Closet was spawning for me were three Dreg Ragers. The Perils of the Warp explosion itself did not do enough damage to kill them. Using the staff as I normally would killed them too swiftly – if I started the ‘perils of the warp’ explosion before they died at all, then they likely died before the animation would finish.

Instead, I struck them solely with the standard, primary fire of the weapon: a brief, high-stagger burst of flame. I could not simply fire this attack as swiftly as I could at them – although it would stagger them indefinitely, it too would kill them before I exceeded my Peril. Instead, my strategy was to engage in a roughly 50/50 split of firing at them for damage and at the floor simply to generate additional Peril. I favored aiming at them in the beginning, and the floor as my Peril approached 100, to ensure that I did not stack the Soulfire effect too aggressively.

Alternating my attacks such, I simply stuck close to the Ragers (to keep their attention on me) and repeatedly dodged, as often as possible, until I succeeded in overloading myself. This, eventually, resulted in a successful Penance completion. It took me four or five deaths (three wounds each) to develop, master, and finally successfully employ this strategy.

I completed this Penance in an entirely matchmade game, with no voice communication.