Sometimes your team is not as effective as you want it to be. There is no way, however, to solo a mission L4-5. One has to compensate the flaws without sacrificing their own combat efficiency.

The guide makes sure they will not find you lacking.

There are certain possibilities to win 1vsHorde and save your fallen mates. Using the terrain to mess with the AI is, sometimes, enough on its own, but then there are other circumstances.
To make your character an army of one, the weapons have to be in balance, rather chosen for funzies.*

It is obvious, that there are two types of weapons for each slot – Crow Control (CC) and Single Target Damage (STD)*.

Having one for each secures an ability for you to fill in any role in the team, if one previously responsible for it is reloading/incapacitated.

The best option for melee STD is, in my opinion, a chainaxe. It does not require to use your Active Ability to one-hit most of the enemies with the heavy special attack at L3-4, unlike the Power Hammer, nor does it depend on criticals. The “bar” stats are enough to make its damage output stupid high*. If you get one with pleasant substats and passives – even crushers will not survive its HSA.

For the CC melee I, just as most of the playerbase, strongly suggest Devil’s Claw. You regenerate Toughness at ridiculous rate and the special ability allows to deal with, for example, Ragers without losing Toughness or Stamina. I find Power Hammer’s requirement to perform heavy attacks for cleave unreliable, since some space or the feat is required to begin the chain. The Devil’s Claw allows you to spam LMB to fend off crowds indefinitely.

Below are HSA of the Chainaxe and HSA+AA of the Power Hammer with maximum wind up time. 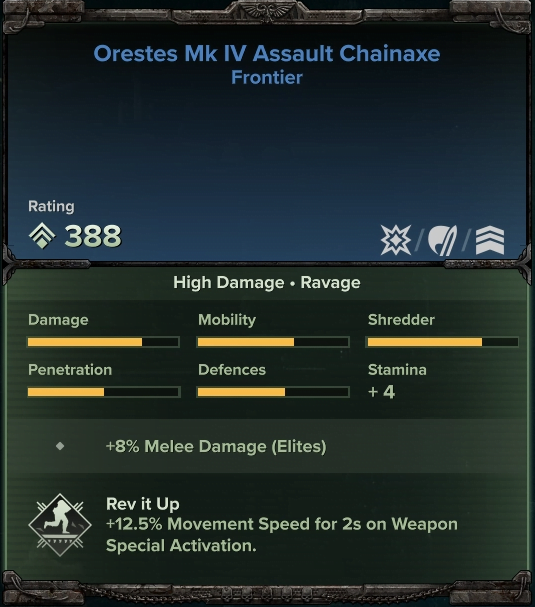 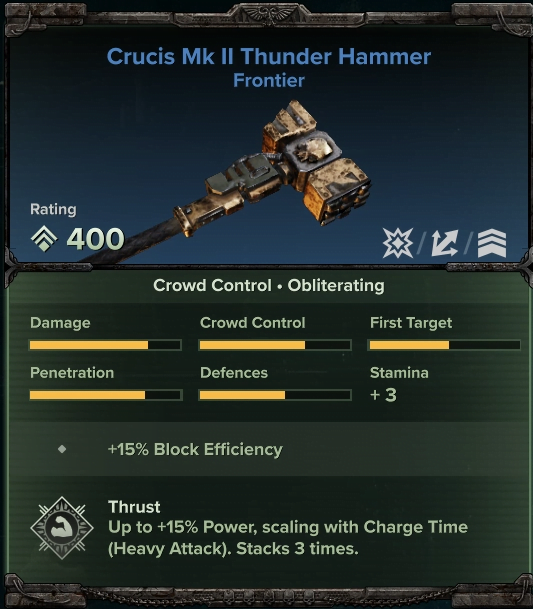 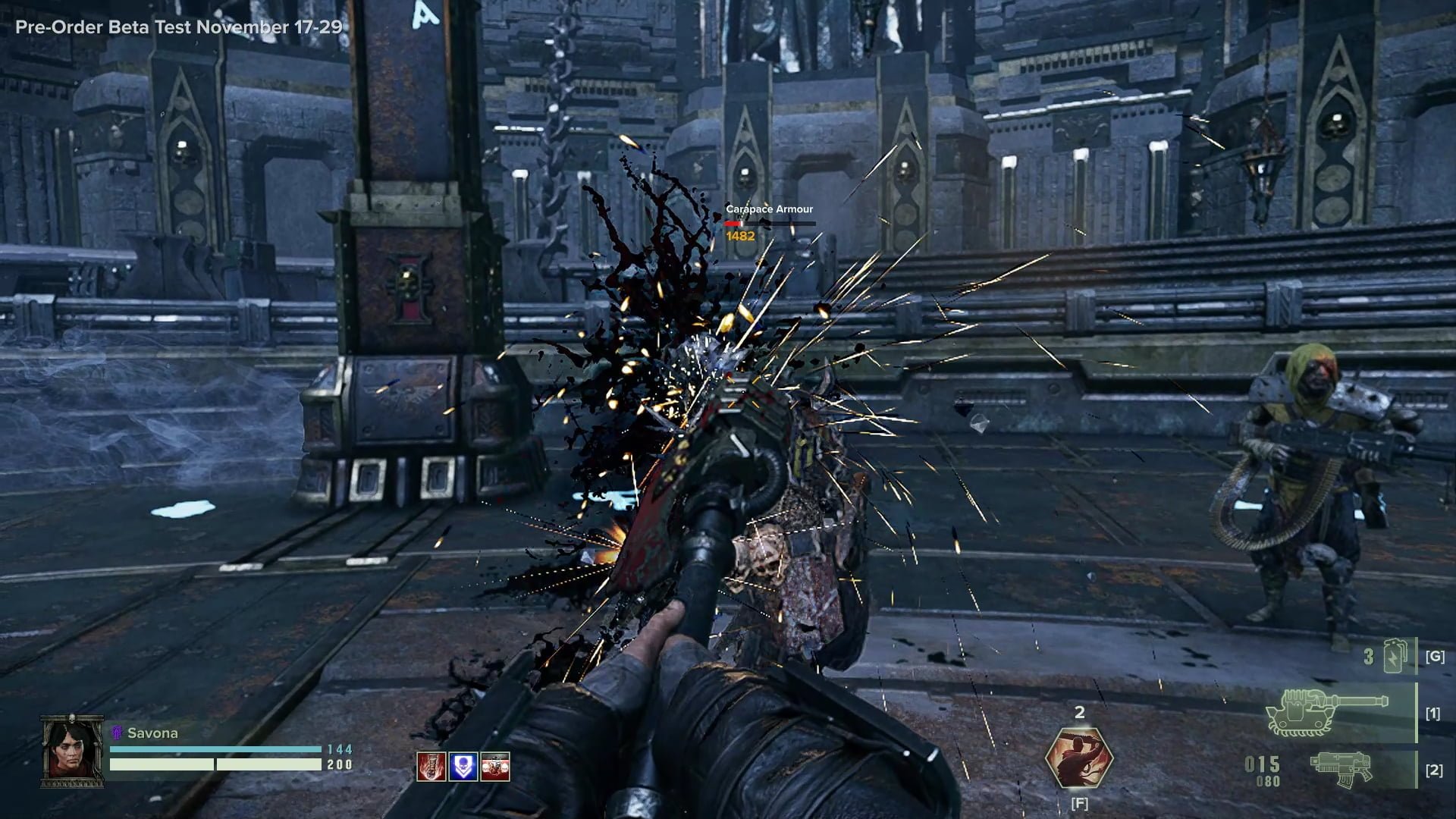 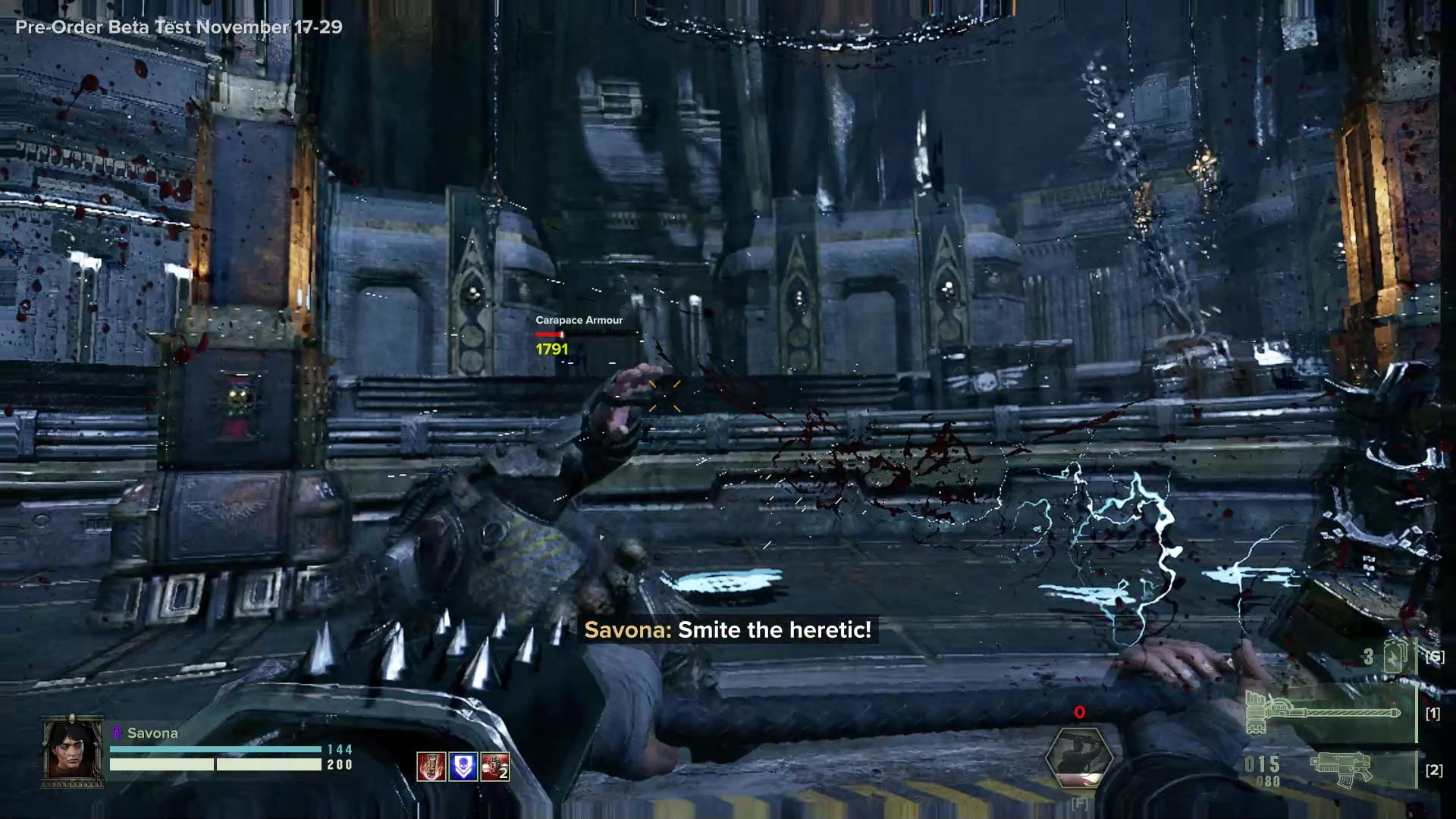 Although Flamers are absolute joy to “apply”, due to high damage and Stagger effect, Bolters grant both CC at close range, and ability to deal with Snipers and Mutants, when it comes to distance or speed. Moreover, Bulwarks ignore flames, but get staggered and drop guard if hit with bolts.

STACK TOUGHNESS
Wounds are all but useless, in my opinion. One only needs them if you are running with grimoires. Those who fall, shall not pass.
Resistances to gunners are favourable. The snipers let you know when they are shooting, while volleys of gunners will be fired without a warning.
The last is, probably, Health% and whatever else you personally prefer.

The guide is subjective. Some things will change (there is no way 2h chainsword will stay as useless as it is now), some nuances, possibly, were not taken in account. Nonetheless, the weapons tested are of “obtainable” rarity and the case does not include a perfect team, that will save you from snipers, will not ever leave you alone and has every tool required.