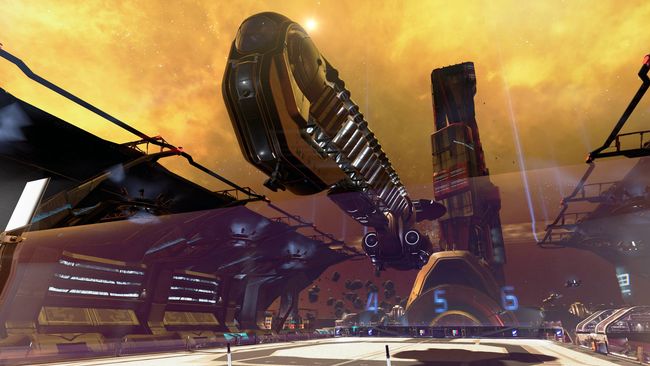 This guide describes a few important things for new players:

The first thing you’ll want to do when playing X4: Foundations is to remap your keys. The default keymapping is very akward and doesn’t conform to movement in other games. This guide only covers Keyboard and Mouse mapping. F6-F8 and F10-F11 aren’t used so these can be used for mouse key mapping in your mouse software.

To remap the keys, hit Escape and then go to Settings > Controls then select either General, Platform Movement or Menu Navigation. You have to double click on some of the options.

Basic Movement
Steering – Ignore – You don’t need to use these keys.

Strafing/Accelerate/Decelerate
Almost every other game in existence uses the following mapping for movement:

In space sims, forward is accelerate and backward is decelerate (which also engages reverse thruster in X4 once 0m/s is reached).

You’re not allowed to map Ctrl for some reason, so the final movement controls become:

Strafe Up: Space
Strafe Down: Alt/C/X – whichever you are used to using for crouch in other games
Strafe Left: A
Strafe Right: D
Accelerate: W
Decelerate: S

Other Keys in this section

Full Forward/Full Reverse – these don’t need to be used too much, but if you like to use them, move them to more accessible keys (maybe Q & E – see below)
Full Forward: Backspace
Full Reverse: Shift + Backspace

Roll Left/Roll Right/Toggle Flight Assist – Ignore for new players – use Q and E for other things, if desired. You don’t need to use the roll keys until you become a skilled combat pilot. If you want to start using roll, you need to turn off flight assist, otherwise the flight assist will correct the roll and level you out until you are level with the galactic plane or the orientation of the nearest docking port. Combat engines provide faster pitching than yawing, so rolling perpendicular to the direction of the desired turn and then pitching will provide faster turns (similar to atmospheric flight).

Stop Engines/Boost
This is full stop and afterburners. Stop Engines doesn’t actually turn off your engines. It just makes you come to a complete standstill (very useful for spacesuit flight because you drift in that mode). You’ll want these very handy as you’ll use them a lot. Unfortunately, you can’t map anything to the Shift key, which is what most games use for Afterburners/Boost. If you tap boost, you immediately move past your max throttle speed and then return to max throttle speed, but much more quickly than if you used Full Forward. This method preferrred to using Full Forward making that command kind of redundant. Maybe use Q and E for these? I used mouse buttons:

Toggle Mouse Steering
Super important – The left mouse button does not fire weapons in this game (for some awful reason), instead it is used to select obejcts on the screen and move your ship. To yaw or pitch, you hold down the left mouse button and move the cursor in the direction you want to yaw or pitch. Dreadful. This toggle lets you just move the mouse without need to hold down the button. Unfortunately, in order to select targest without tabbing through several targets or using your map, you need to toggle mouse steering off, so you can move the mouse without steering your ship. Both ways are very awkward and require a long time to become familiar with. You’ll either want to always use toggling or use mouse click to steer. Up to you. If you use toggling bind it to something very close to your fingers. I used a mouse binding:

Fire Primary Weapons
Again this is really awkward – neither the left or right mouse button can be used for firing weapons (technically you can use the right mouse button, you’ll just end up bringing up the context menu for objects in space – which make combat very difficult). Just suck it up and use:

You may want to use F1 – F4 (which default to camera views) as you wil be switching modes a lot, but I used the default.

Of these, Help, Object Info, Object Comm aren’t that useful because you can just right click and access them from the context menu – so these can be used for remapping if desired. Target object in map can be remapped as well, as you can just left click on the target in the map.

I used default, except for quick save and reload, because I use F5 and F9 for mouse buttons and plus I didn’t want to accidently quick save or quick load.

Tabbing to closest target more closely matches other games. Also remapped toggle target lock so it can actually be used.

This is for when you are walking around. The only thing I remapped was Run. Can’t use Shift for run (WHY?!). So I just put it as E. You can also double tap forward to run. So you don’t really need to change anything here.

Also be sure to remap Dock in the general section, because you might find yourself accidentally transporting back to your ship.

Leave as default. You’ll probably use your mouse for this.

This game is huge and the in-game help only covers the basics. I’ll write some tutorials here once I have time.

For now, a few tips:

One thought on “X4: Foundations – Basic Concepts for New Players”