This is not necessary but I strongly recommended. Finish Lake Tolmes and Mt Vesivius then try this guide. Otherwise it takes more time. I will explain it later lines. I will talking about skill maxing, level grinding with two ways, fastest way to gain gold, legendary weapons and hardest monster in the game.

You need these items and you have to finished a certain quest.

This quest is 3 stages. Last stage will be unlocked after Lake Tolmes and Mt Vesinius aka LT&MtV. That’s way I am saying first finish the LT&MtV then use this guide.

*You can get last stone in the last dungeoun gold area. So if you want to make “Legendary Weapons” wait until to get last sun stone.

In a certain part of story you will go to a place called “Sanctuary Tower”. This is the place for level grinding. Here is the method.

You need Karna and her Napalm Shot.

Now enter the place and just go straight. You will ambushed by some monsters. IUse Karna’s Napalm Shot and kill them. Then exit the place and if necessary touch the warp point. That way you hp will be maxed. Repeat process. Actually 27 enough for the boss.

If you gained exp boost item equip it.

After finished LT&MtV go to Comodo and check the board. You will see a quest called “Crafting Materials” Now go to up and enter the small pink tent and talk the man. He wants some materials. He

After gained 3 indestructible shells warp to Comodo and talk to Saisen and finish the first stage.

Now you can craft accessories in Comodo.

Now craft 3 silver axe (2 if you did not give silver axe to Mikuri in Danan), 3 golden axe, warrior seal IV and Skill Ring IV.

Fastest Way For One Million Gold

After crafting materials that I mentioned above warp to Casnan and speak to Governor General. She will give Aeolus Urn. Warp to Highlands and enter the Philemenon workshop and unleash the Aeolus Urn. Then equip it.

Warp to Lake Tolmes Altar and equip silver axe and golden axe three characters. Dont forget! Party ability must be “Rare Item Drop Rate” So dont use Adol. I used Frieda, Karna and Calilica. Now go back the all way. Near next room there are four monster called “Mehalve” kill them. Go to next area and back. Again kill them. They will drop a lot of Titanic Bone and Bristle Bone. Repeat the process. Then go to Roo’s Nest. Sell Titanic Bones, exchange bristle bone to sturdy bone and sturdy bone to titanic bone and sell them too.

In nightmare difficulty gain one million gold just take around one hour. 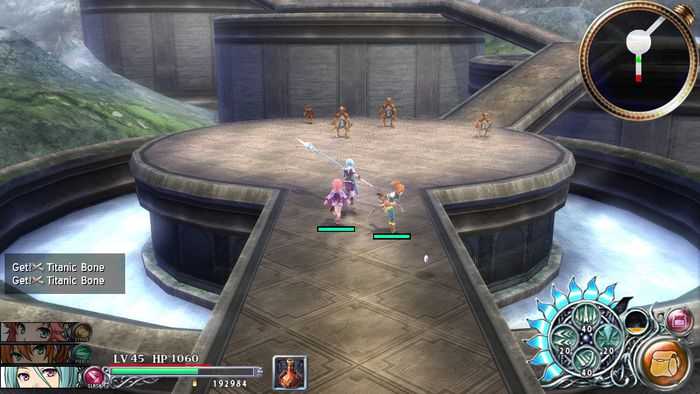 Now continue to right. Kill the mini monsters using skill that you want to maximize. Then you will see a large monster. Use the skill until he died. Then go back to warp point exit area and go back. Repeat the process.

This way ı maxed out Adol’s 11 skills just around 30 minutes. I have to say this. “I almost never use Adol after Frieda joining the party and mostly play Karna. So He’s skills mostly level one -just one skill level two- and need a lot of skill points for next stage.” 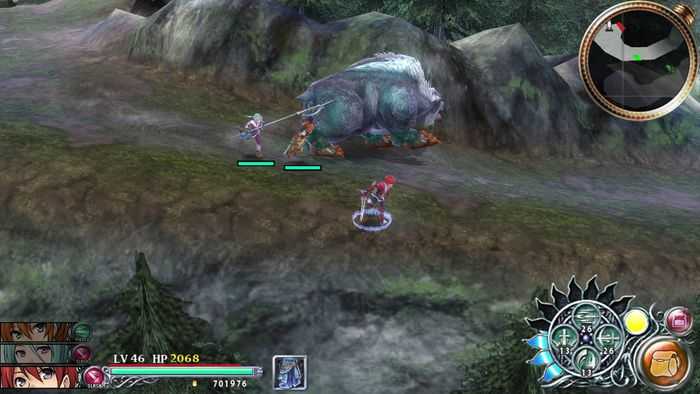 After finished LT&MtV go to Selray and check the board. You will see a quest called “Super Weapon Test” go to blacksmith and talk to Syriu. She will says like these “I craft a weapon and I want to you test it.” Then she offer the choice sword or gauntlets. Choice one. I choiced the sword. She wants to kill Rangoas 5 times. Check the monster list.

Equip the sword and prevents burn item and exit Selray. Go left. Follow the upper part and go to next area continue your way. You will see Rangoas near before next area. Kill it. Exit the area and go back and kill it. Repeat the process. Then go back to Syriu and finih the Quest.

*If you choice gauntlets then equip prevents poison item.

Talk to Syriu again. She says something same as before. This time you choice knives or spears. I choice knives. She wants to kill 5 crocle. Check the monster list.

Equip knives and prevents heavy items. Exit Selray and go to right. Follow the path. Near a cave you will see Crocle kill 5 times same as before then go back Syriu and finish the quest.

*If you choice spear then equip prevent paralysis item.

Talk to Syriu again. She will say something same as before. Choice mace or halbert. I choice mace. She wants to kill 5 Madogra-Slef this time.

Equip Mace and warp to Ashen Forest Outskirt and go to left. You will enter marshland area. Follow the left and down path. You will see large flower monster. Kill 5 times same as before. There is a exit near right down path. You can use for reset area. Go back Syriu and finish the quest.

*If you choice Halberd then equip prevents freeze item. 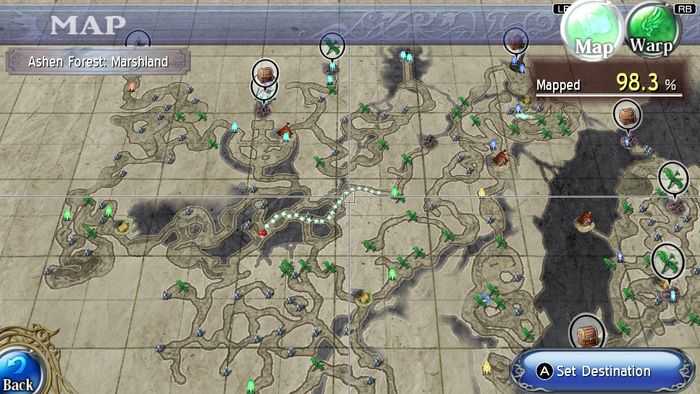 *You can find other two monsters very easily. So I just added Madogra-Slef location.

Congrulations! You finished Syriu’s Quest line and now you can get legendary weapons and armors.

If you want to get legendary weapons-armors for all characters then play NG+.

Lord of the Jungle – Fastest Way to Level Up Preparations

This is the hardest enemy in the entire game. So If you encountered before level 40. Just run.

After reach around level 45-50 warp to Forest Dawn East and go to right and up. You will see ringed area and a monster looks like deer.

Before enter the fight upgrade your weapons and armors as you can and bring a lot of healing, revive item. And of course maximize your extra skill bar. If you complete the map %100 then warp to Casnan and talk to Governor General. She will you Ares Urn. Go to Highlands and unleash the artifacts. This artifacts filled up your extra skill bar more faster.

Lord of the Jungle Fight

I will write step by step.

I recommend this fight after getting legendary weapons.

Of course you can use Karna and her Napalm Shot or Frieda and her Cocytus Drive skill inbstead of Calilica and her Blitz Chaser. But best way is using Adol’s Aura Fencer skill.

It tooks 5 minutes in nightmare difficulty.