Zelda Link’s Awakening How to Get Magic Powder

How to Get Magic Powder 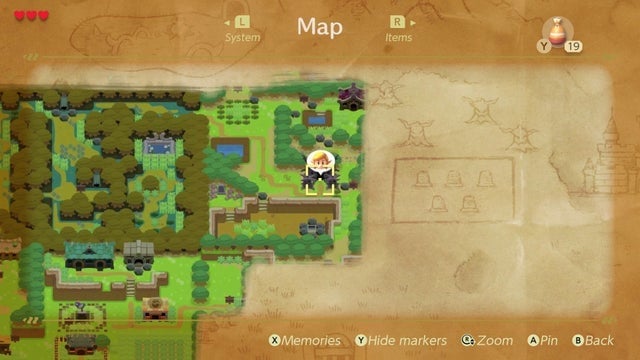 Head to this point on the map next, or read the guide to find out where to find a Fairy Fountain before heading to this building.

Getting through the cave from the opposite direction was a bit more tricky, but doable. Link pushed the boulders until he was able to create a path. 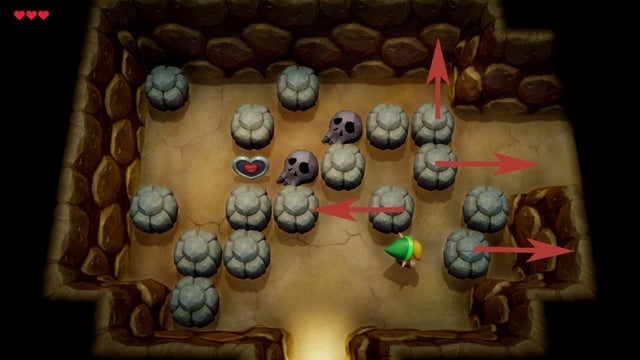 Again, knowing the cracked floor could not support his weight for long, Link ran across the decrepit ground to the other side.

From the cave entrance, Link headed down the narrow path just south. With no where else to go, he eventually followed it east, then north, to a Fairy Fountain. 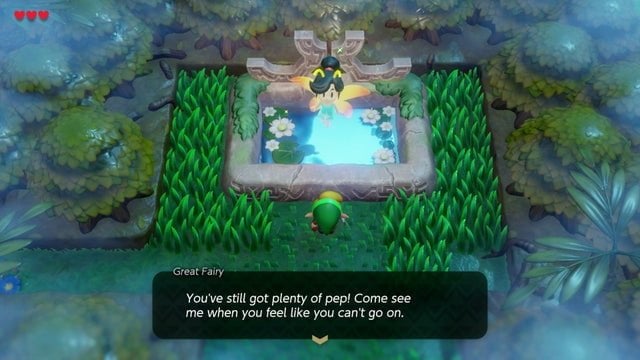 The Fairy here told Link she would heal his wounds if he ever needed her aid. Invigorated, Link continued into the forest to the west. When he could, Link turned north, then east (right), until he found himself in Koholint Prairie.

Tip: Come Back Later
There’s a Heart Piece surrounded by potholes here! Link took note, and knew to return once he found the Roc’s Feather from Tail Cave.

In Koholint Prarie, Link went south, until a house caught his eye. This creepy old abode was carved into a tree and decorated with a skull; but courageous, kindhearted Link knew not to judge a book by its cover–or a house by its decorations! He entered, only to be greeted by a friendly Witch! 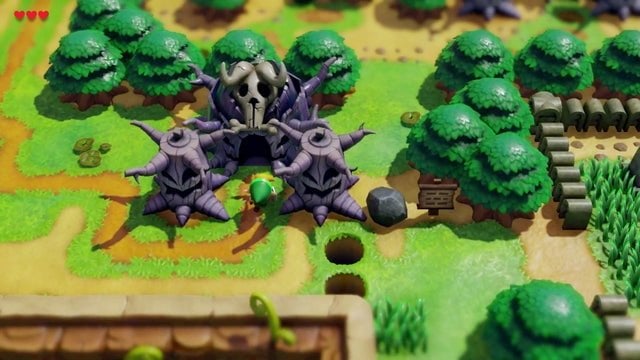 The Witch seemed to be able to smell the Toadstool on Link’s person, and she immediately recognized it as, in fact, a Sleepy Toadstool. Free of charge, the Witch brewed the Sleepy Toadstool into some Magic Powder, which Link could use to put enemies to sleep.

With 20 uses of Magic Powder in hand, Link left, and went back into the Mysterious Forest.

Tip: How to Use the Magic Powder
Open the menu with the Plus + button, and switch to the Items page. Equip the Magic Powder to Y or X – but don’t use it arbitrarily, you only have 20 uses for now!