“GTA: Chinatown Wars + Dukes of Hazzard + ex-TimeSplitters developers = American Fugitive” – IGN UK. Framed for your father’s murder, you’ll need to do whatever it takes to unveil the real culprit.

Can I sell stolen cars?
You can, but I haven’t figured it out yet.

Can I tow again? (ATMs)
The ATMs are only useful in a specific mission at the moment. Maybe devs change it.

What about Map Size?
The full map is around 3km x 2km, split into 3 main areas.

Can I change key binds?
The key binds are fully configurable.

Is the beginning map the full map?
The world is split into 3 main areas, which unlock as the story progresses. If you bring up the map with M, you’ll see the full map, with the area being in the top-left.

Will you add multiplayer / co-op?
Everything is possible, although multiplayer would be a huge technical undertaking. Tell us if it is something that is important to you.

Will you add a mini-map?
This is possibly the single-most requested feature, so I’m sure we’ll discussing it seriously.

Will you add [x] game-play feature?
Perhaps! Tell us why you think it’s important. I would recommend doing a forum search to see if someone has already suggested it. If they have, add your comment in that thread so it’s easier for us to assess demand.

It’s also worth bearing in mind that we are a very small development team (4 / 5 people), so we can’t be as prolific as bigger studios.

What are the future plans for updates, and DLC?
Right now, we are entirely focused on fixing critical bugs and improving performance and stability. After this phase, we anticipate implementing some game-play and ‘quality of life’ improvements.

Beyond that, we don’t yet have a firm plan, but we have numerous ideas ready for consideration, and we are actively listening to suggestions from the community. Tell us what you want to see!

Rest assured that we have a wealth of passion and ambition for this game, and would love to keep improving it, as long as there is sufficient demand.

I believe in this game! How can I help?
Leave a review. Tell your friends. Spread the word.

Where can I buy the music soundtrack?
The game soundtrack is currently not available to buy or download.

During the ‘Old Friends’ Dwayne mission, the McCoys get stuck in the rocks.
This is a known bug and we are working on a finding a fix. In the meantime, it appears the workaround is to restart the mission

I can’t get into the Art Dealer’s building!
This is a known bug and we are working on a finding a fix. In the meantime, it appears the workaround is to quit to the front-end screen and then ‘Continue Game’.

My bullets aren’t having an effect on enemies.
This is a known bug and we are working on a finding a fix. In the meantime, it appears the workaround is to restart the mission.

How do I successfully land [x] Stunt Jump?
Many of the jumps will require a long run up, and a straight take-off. They all require a stable landing (all wheels on the ground) that surpasses the minimum distance.

I’ve stolen an ATM. What can I do with it?
Outside of Dwanye’s mission ‘Irregular Transaction’, there is nothing you can do with ATMs. Hopefully, we can revisit this soon.

Is there a way to sell cars?
Currently, no.

Will there be AI improvements?
Improving the intelligence of the cops and their ability to track and chase the player is certainly an area that is high on our priority list. 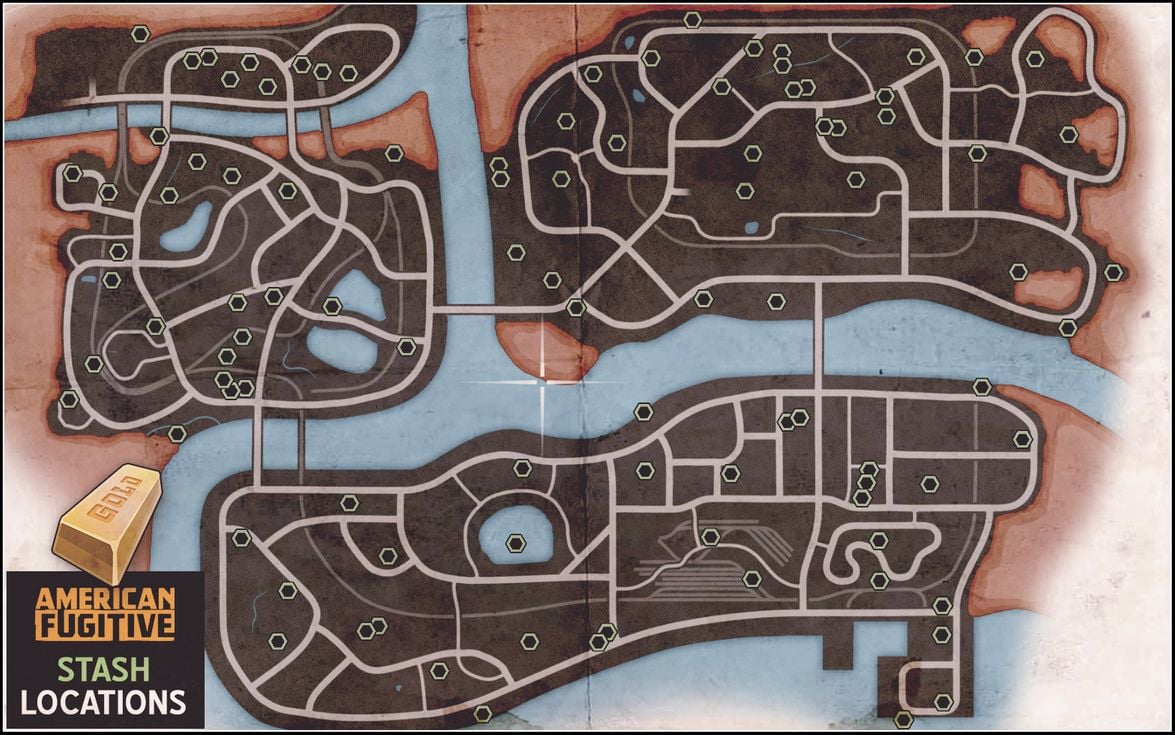 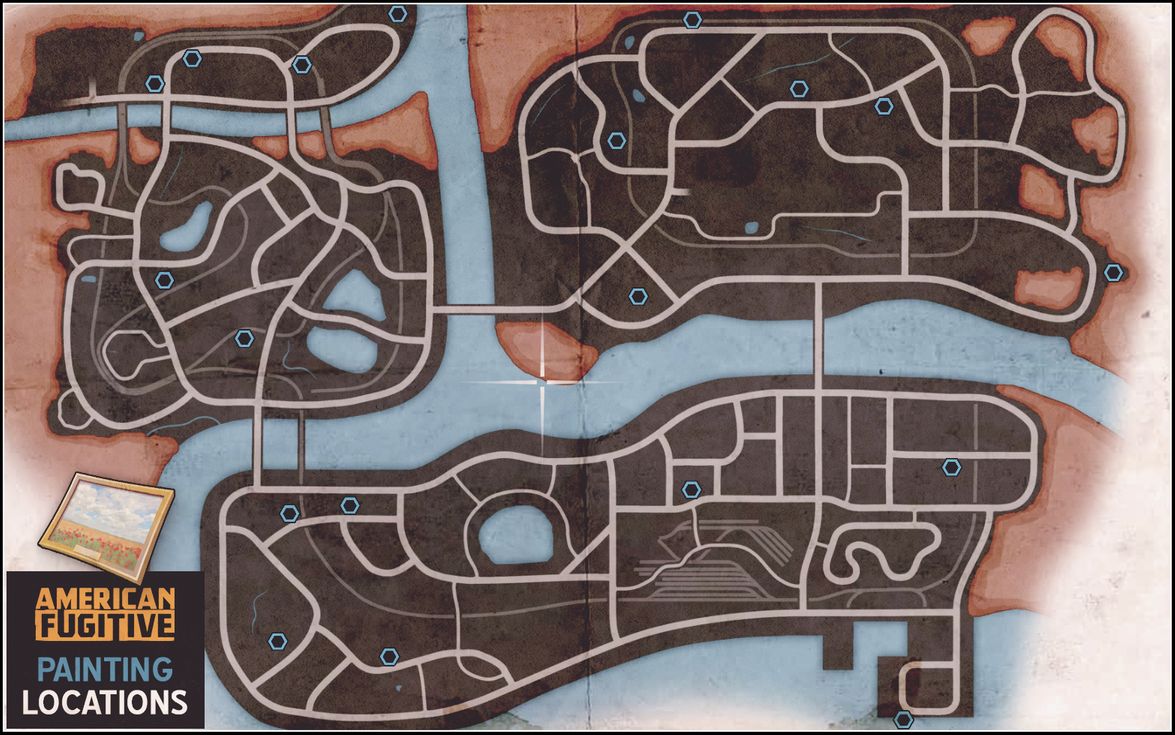 In this guide you will find all the stash codes and locations on the whole map of American Fugitive !

In American Fugitive you can find stashes and bunkers all over the whole city. In this guide you’ll find all of the locations and clues how to find them. 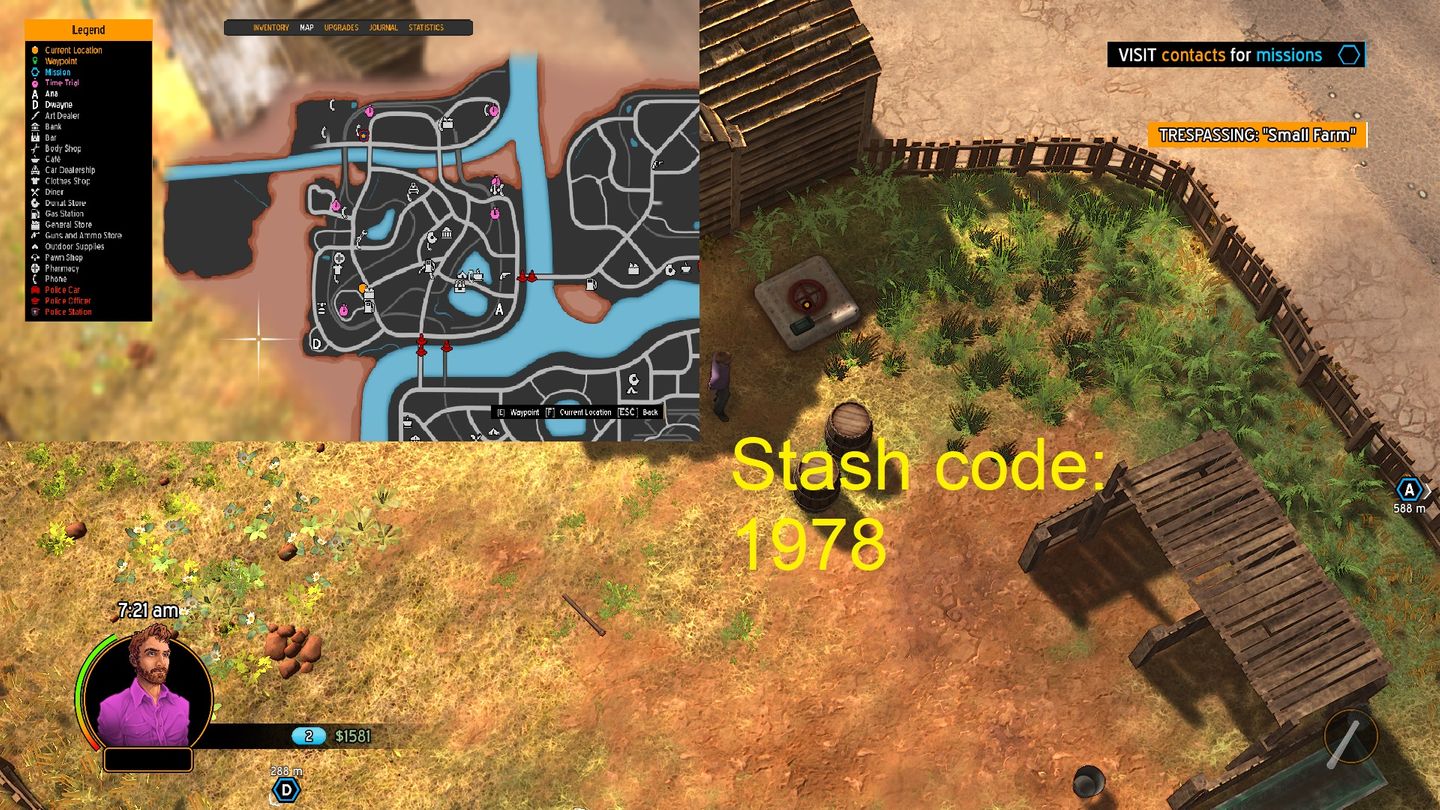 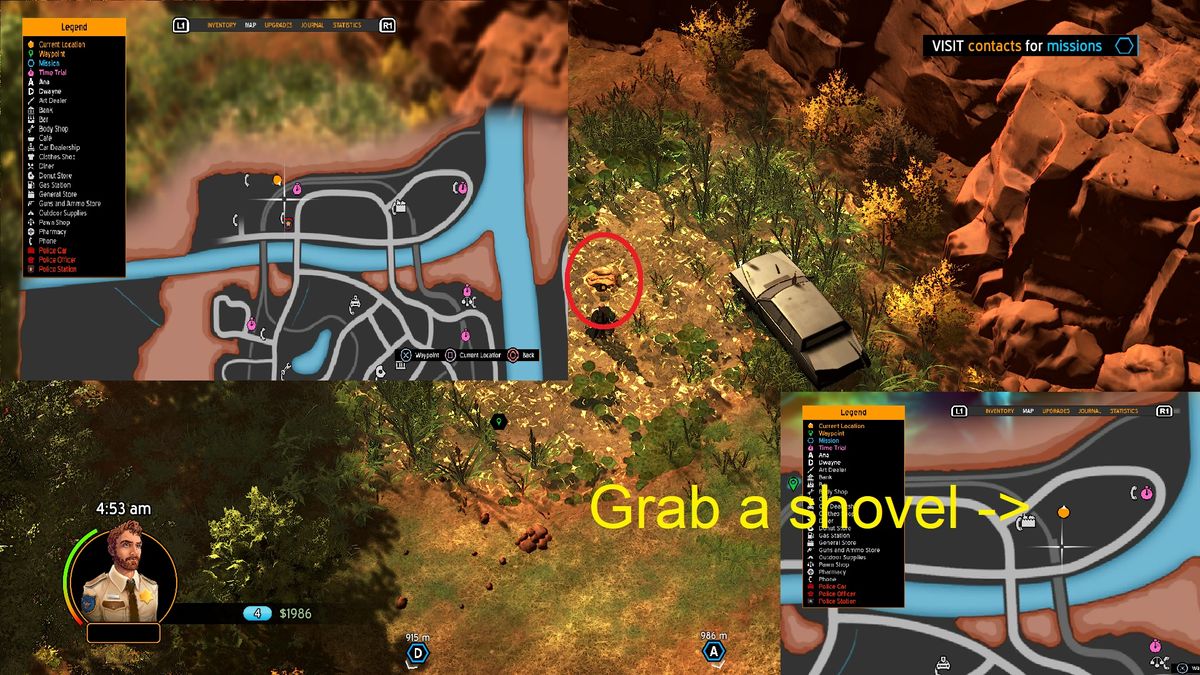 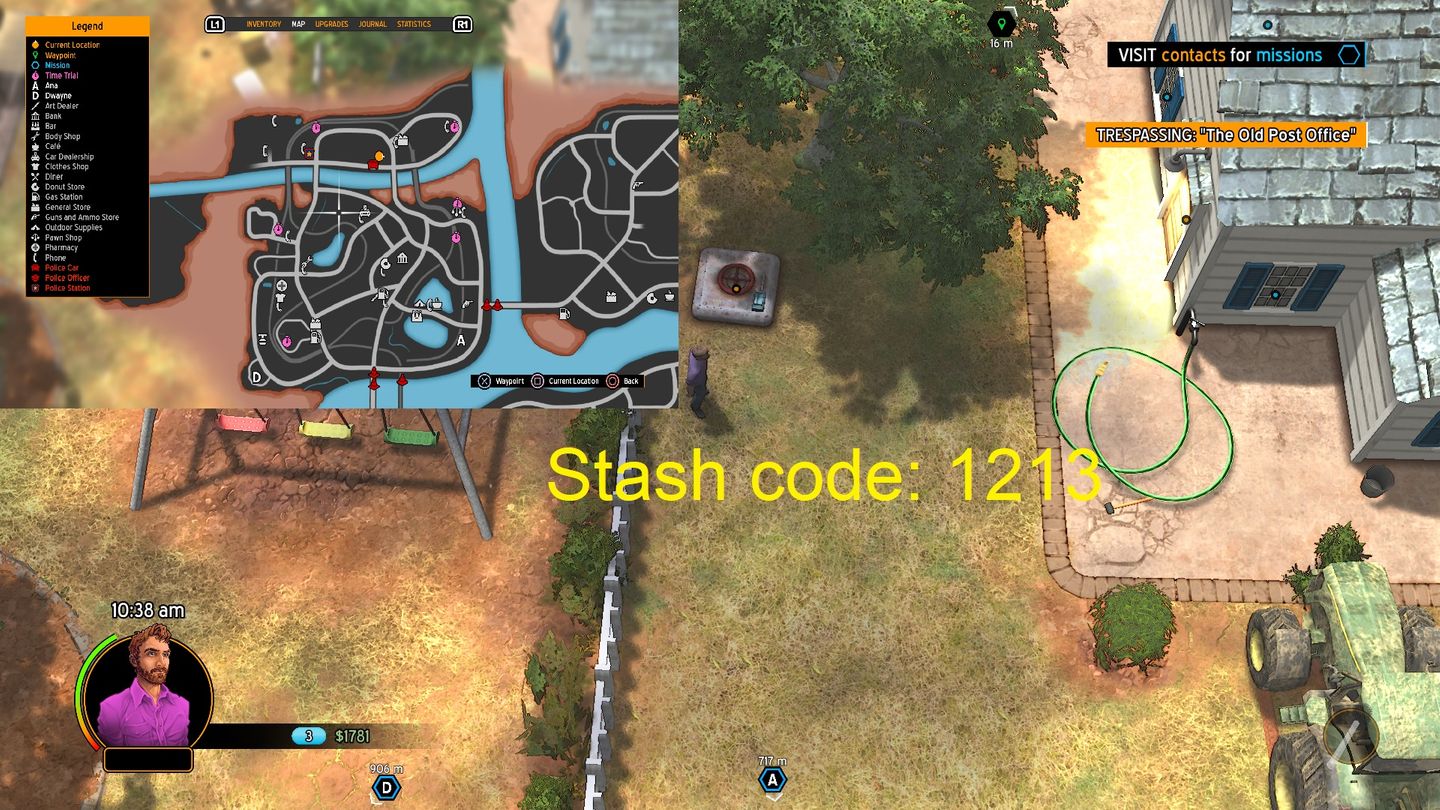 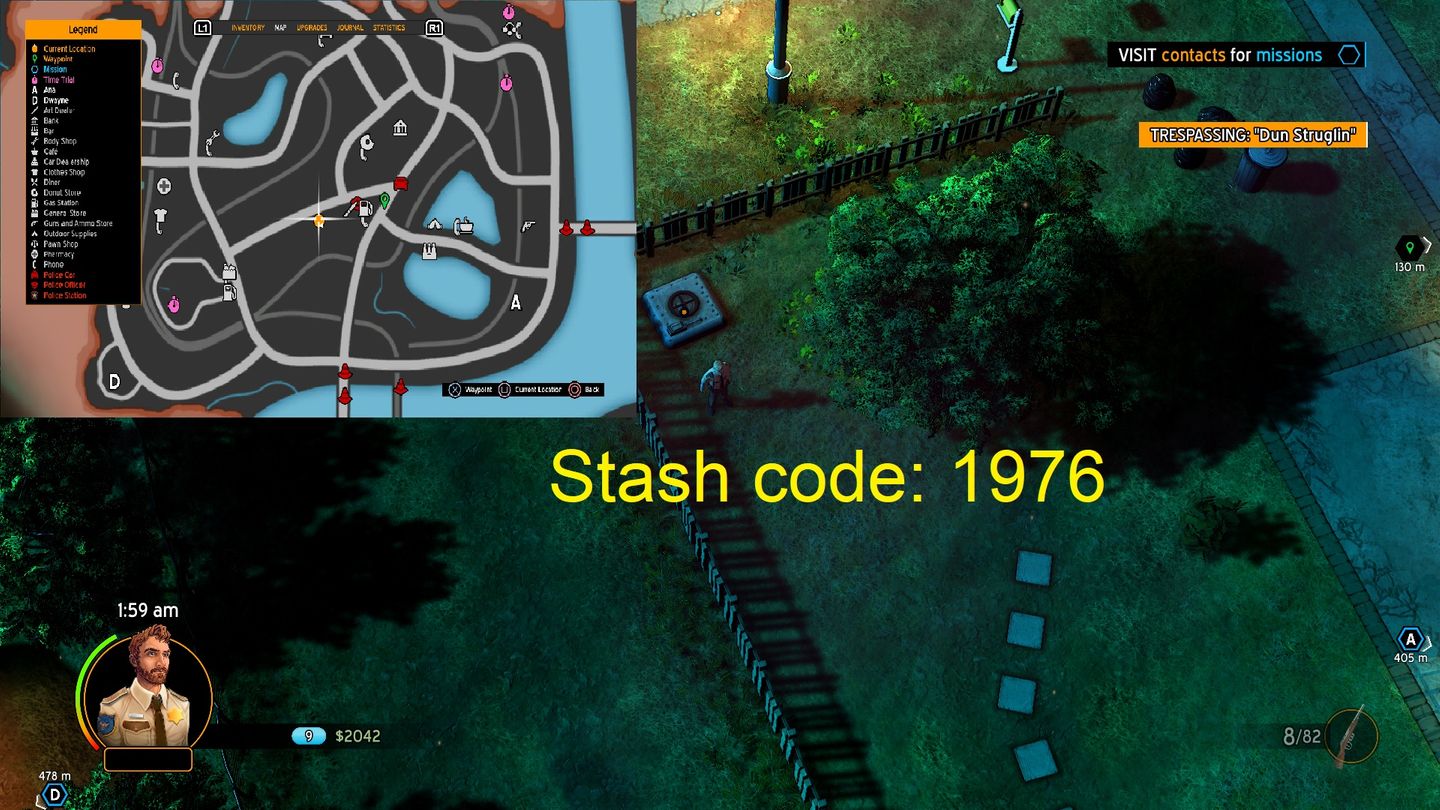 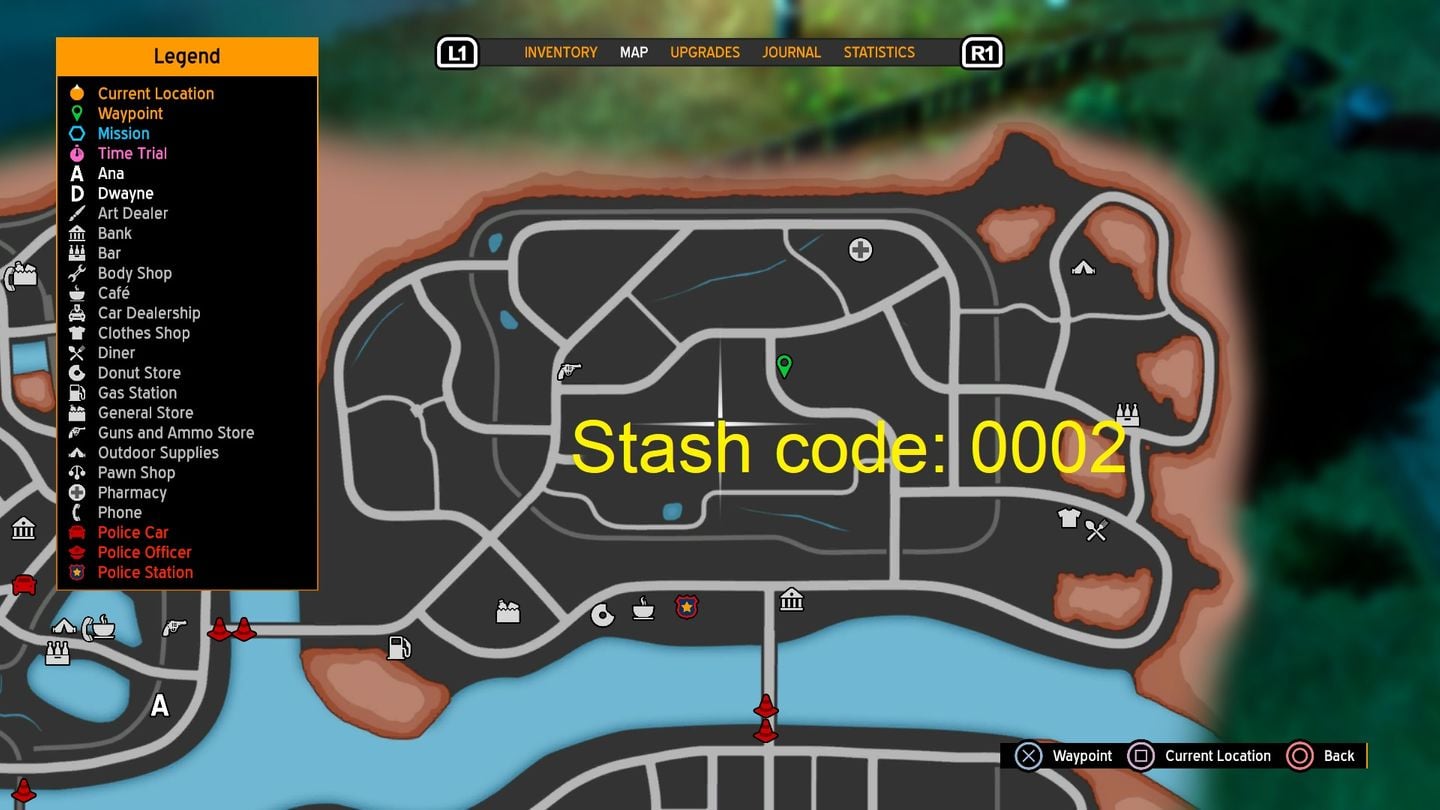 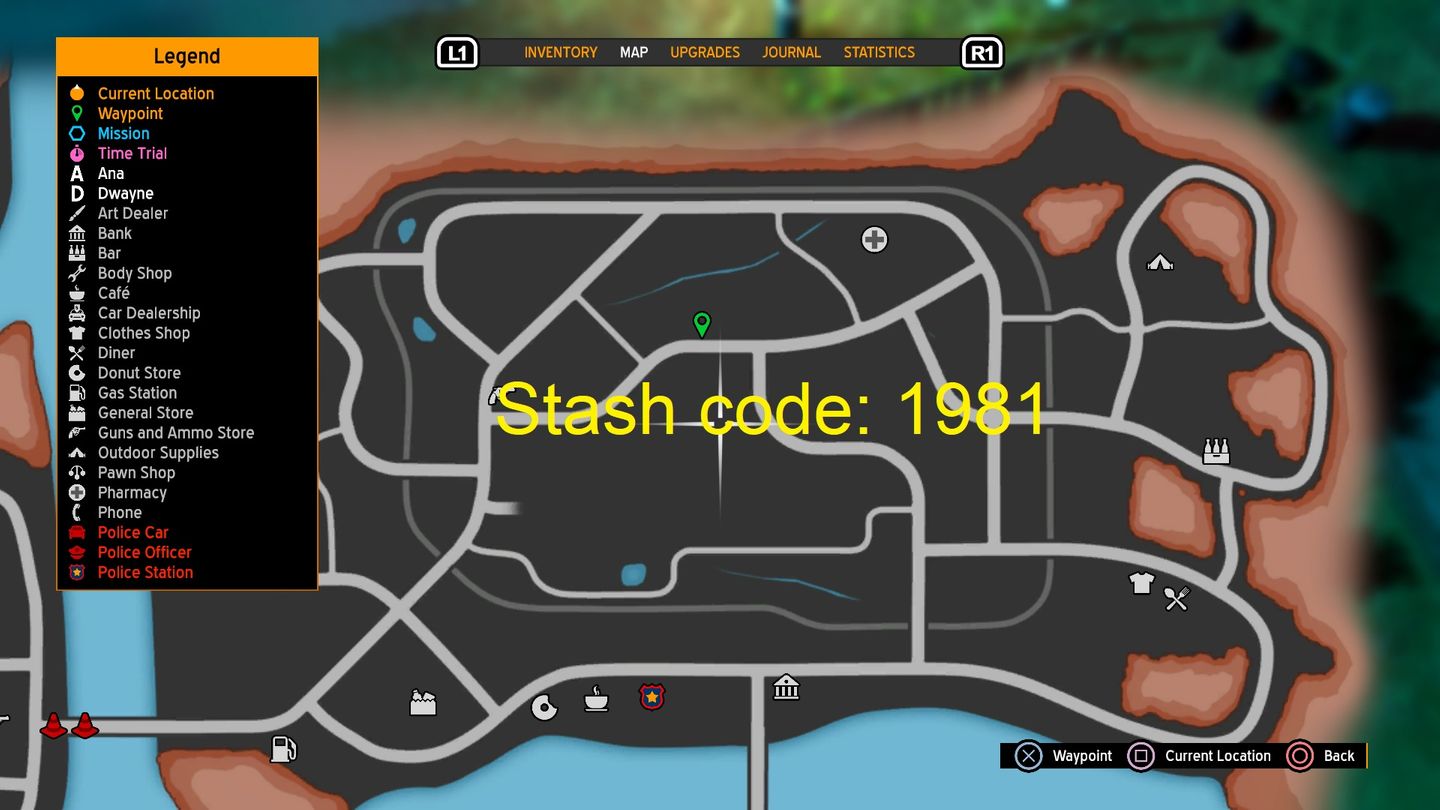 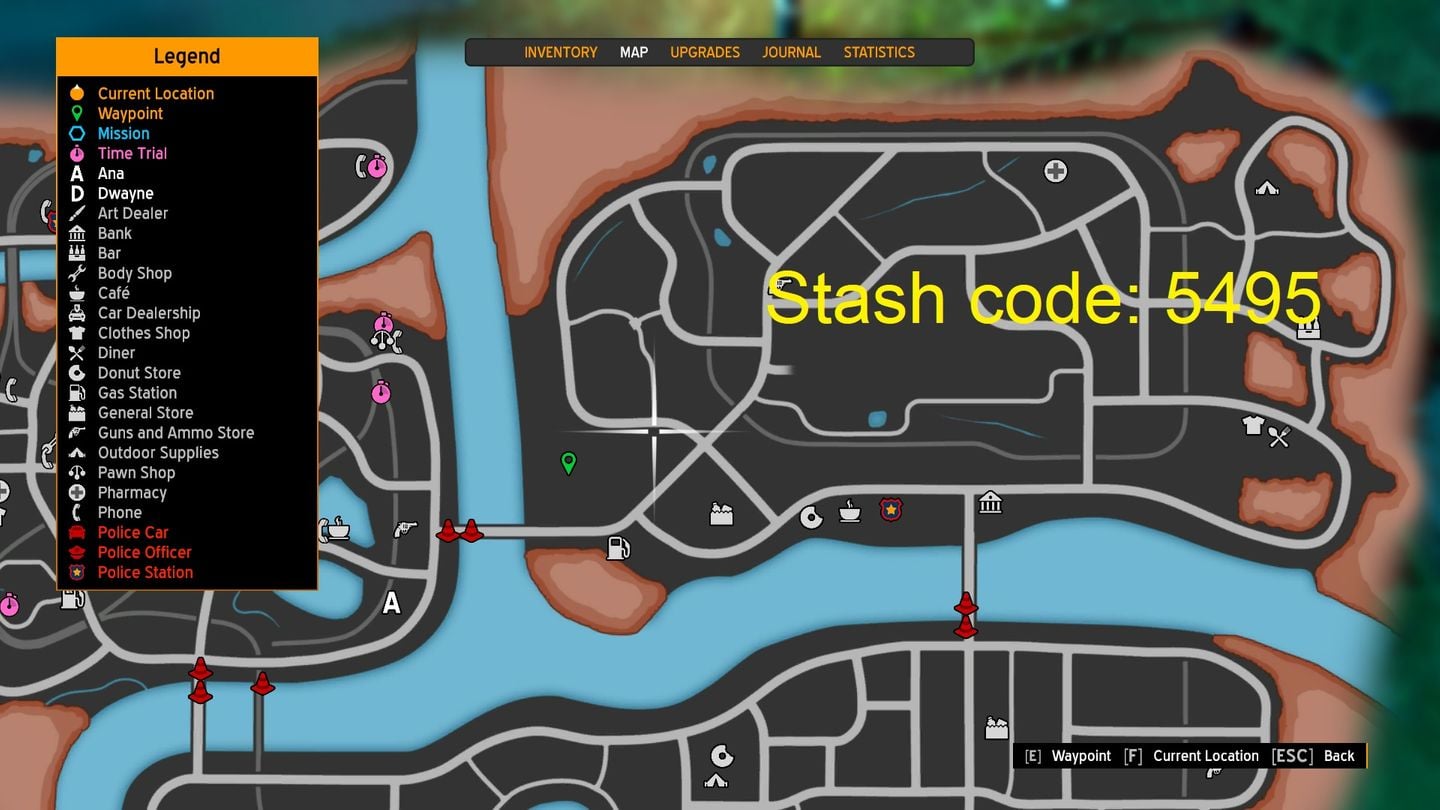 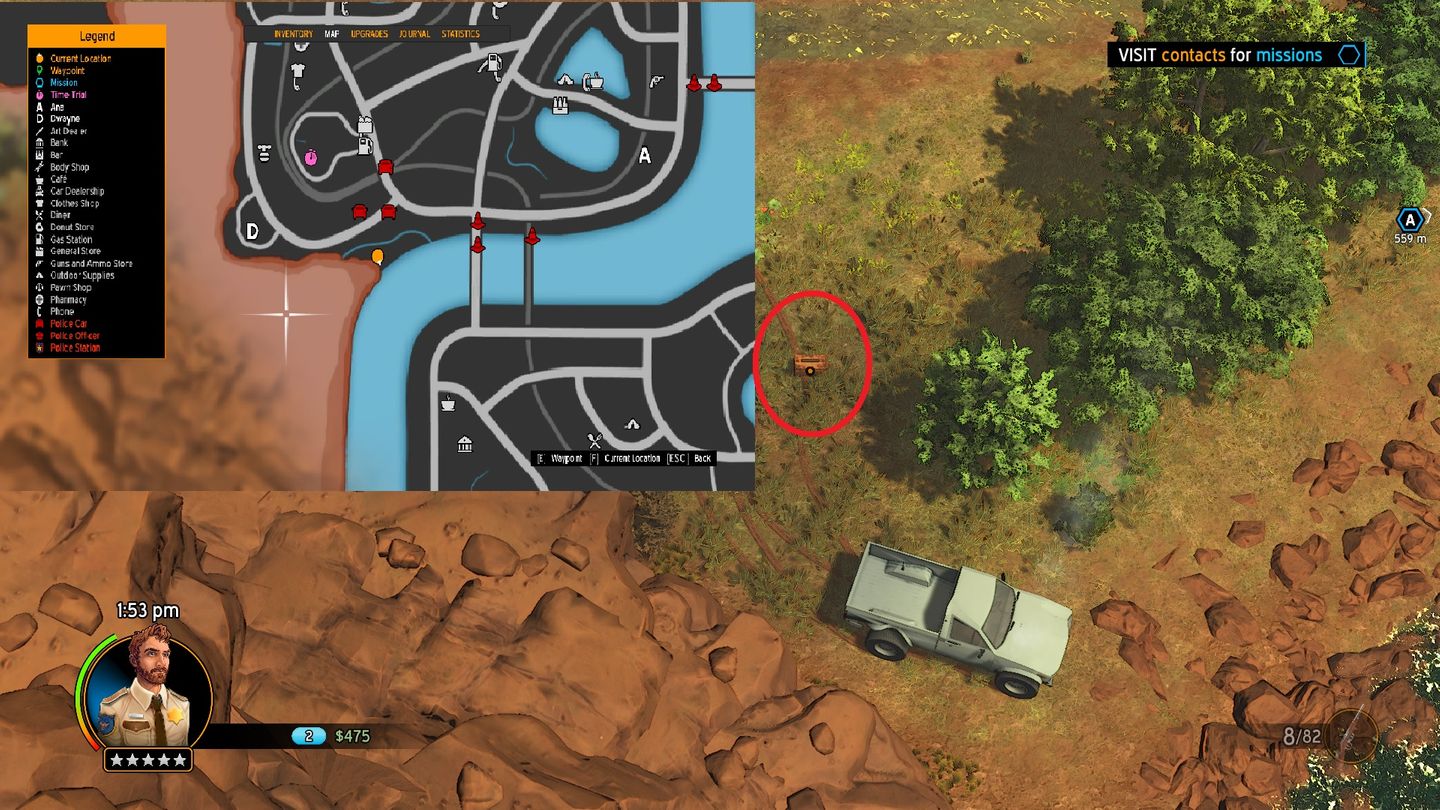 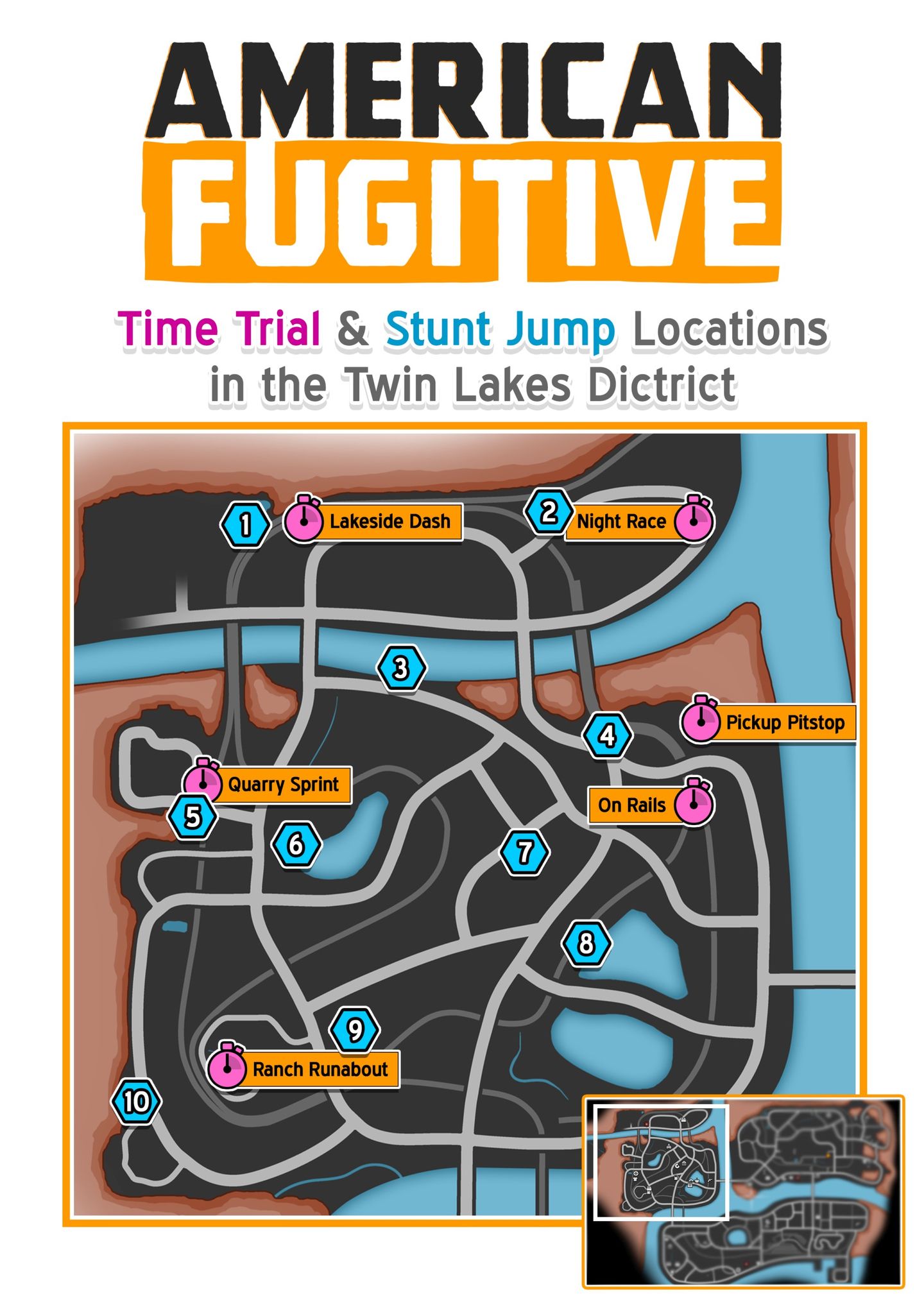