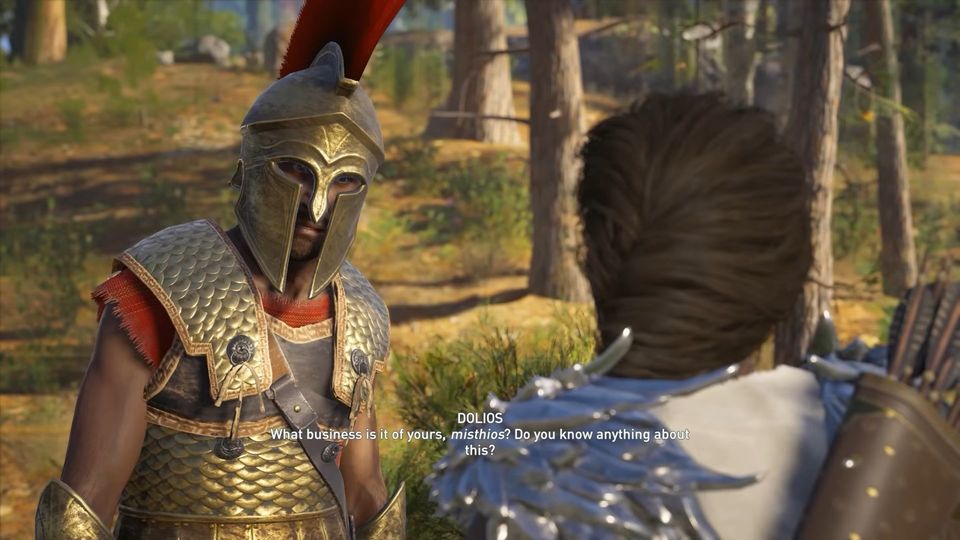 Once of Stentor’s scouts named Dolios stands on the side of the road in the central part of the captured Tripodiskos forest. Talk to him – someone looted supplies and killed all guards. Being a free agent in the war between Athens and Sparta, Alexios/Kassandra offers his help.

Inspect the crime scene. You are interested in three clues: the corpses of soldiers near Dolios, a broken wagon and emerald-colored crystals on the nearby stones. Having analyzed the data, the hero comes to conclusion that robbers have gone towards the forest – similar minerals are collected in nearby caves.

Move south from the crime scene until you are asked to call Icarus. Find thieves with the help of the eagle and run towards the quest indicator. Those who have stolen supplies will hide in the cave – they are ordinary peasants. You can kill them without clarifying the circumstances or you can give them a chance to explain themselves. 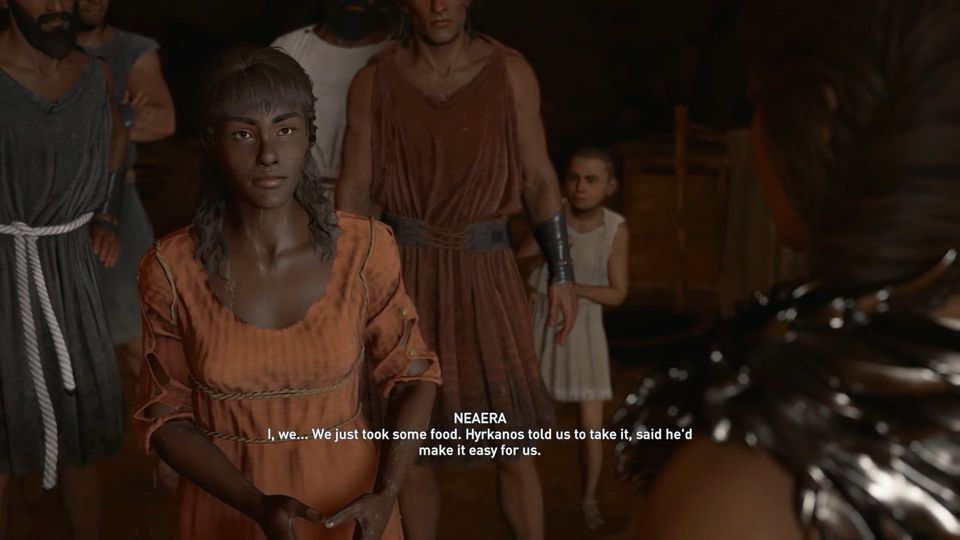 If you are patient, we recommend listening to people. They will tell that mercenary Hyrcanus has arranged everything and told them to come and get the supplies – the soldiers have been dead by the time the peasants arrived at the scene. In addition, the stolen food originally belonged to peasants as it was their harvest that was taken by Spartans. 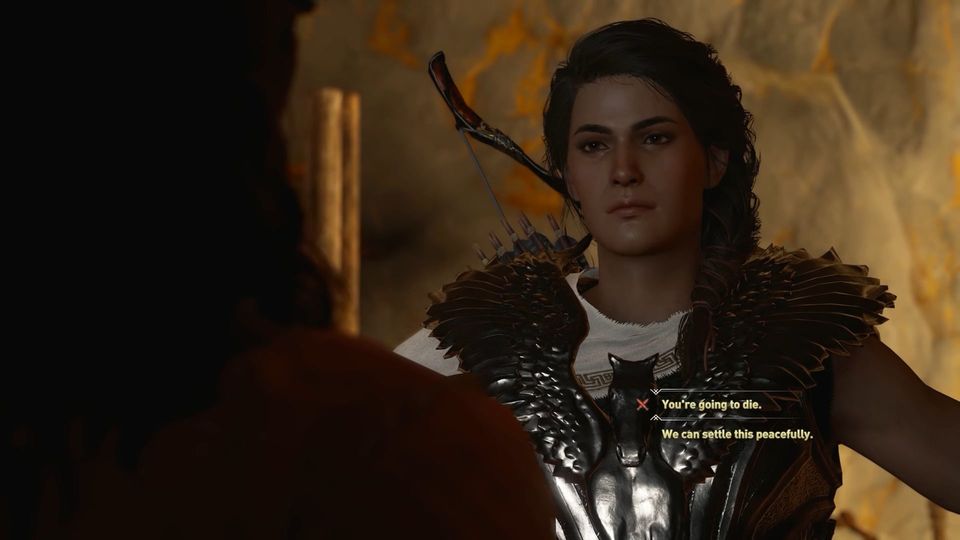 Having learned the details of the conflict, Alexios/Kassandra is able to make an informed decision: kill the peasants for the crime committed or take away some of the food but leave people alive. No matter what you do in this situation, your choice will have consequences in the future. 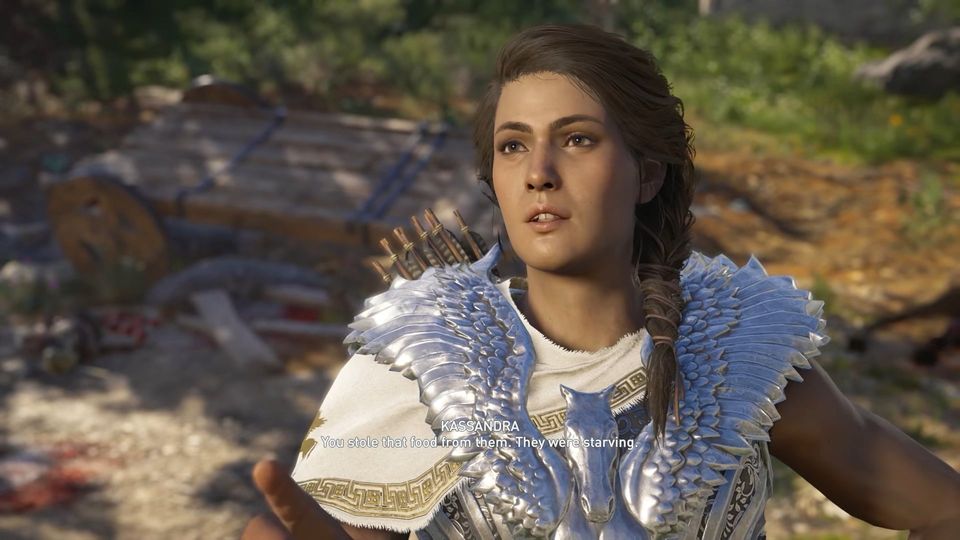 Having dealt with the peasants, return to Dolios and tell him what you have learned – peasants, harvest, Hyrkanos. The scout will justify the confiscation of food by army needs and will immediately offer an additional task to the hero.