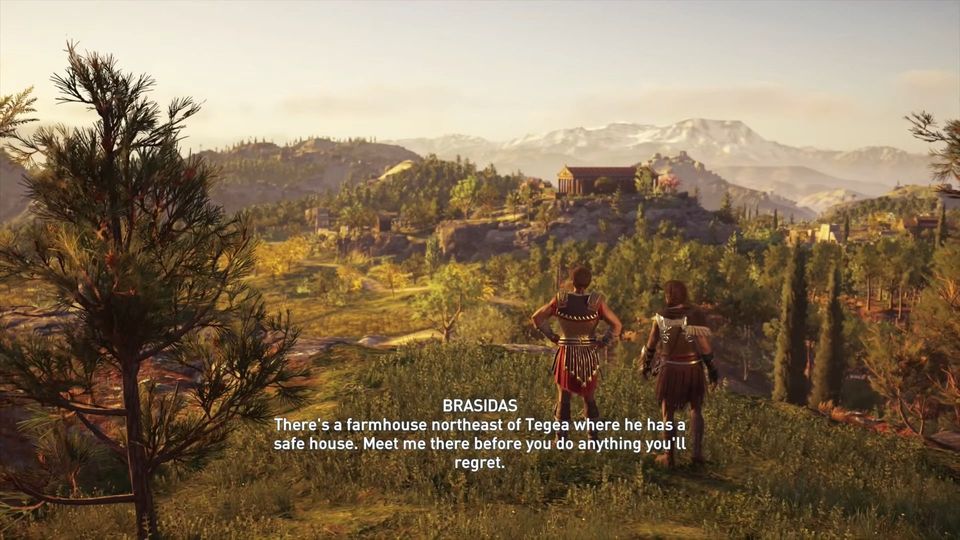 After the completion of the storyline mission To Kill or Not to Kill, we strongly advise completing this task and the following one before you go to archon so that you will have an opportunity to decide Lagos’ fate by nonviolent means. In the other case, you will not have such an opportunity. 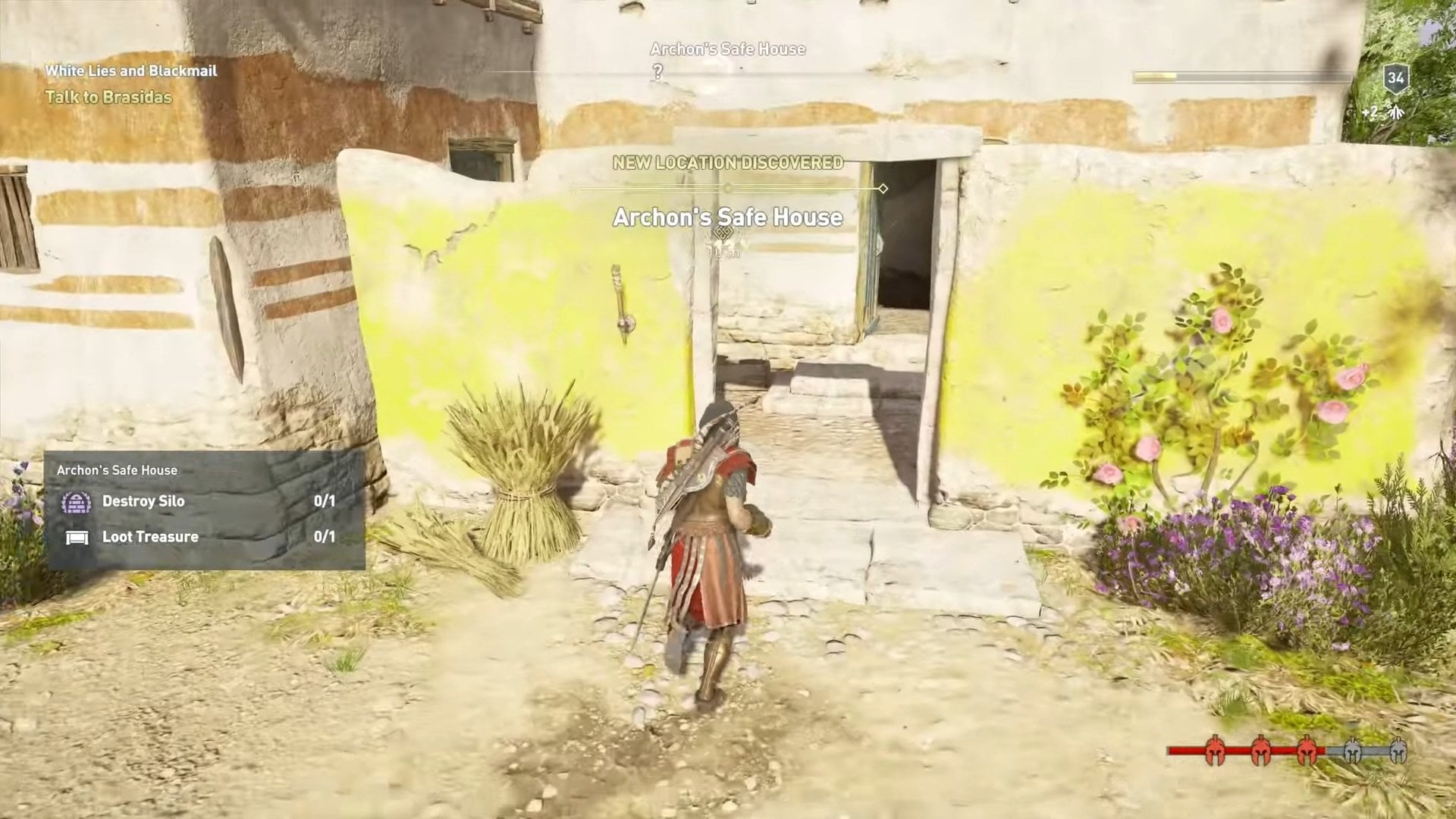 Brasidas wants to know the truth: why such a great citizen like Lagos suddenly got in touch with the cultists. To get closer to the solution of this puzzle, go to archon’s shelter to the north-west of Tegea. In an unremarkable house, your Spartan ally will be waiting for you. 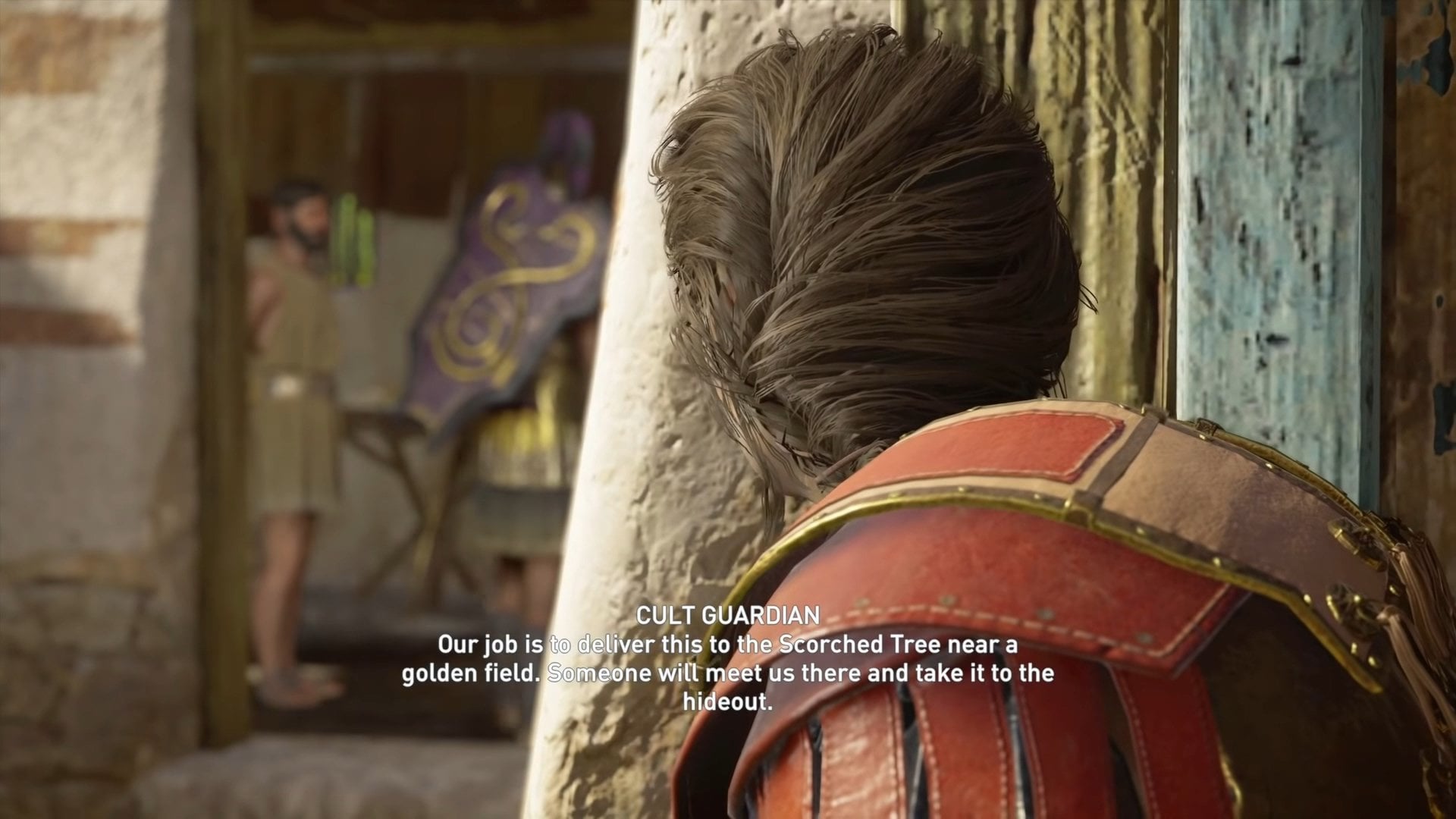 Ask Brasidas about his goals and the purpose of the shelter, and then overhear the conversation between a peasant and a cultist that are talking in the nearby. They are discussing a letter from Lagos, that needs to be taken to a burnt tree near the Golden Fields. We’ll also go there. 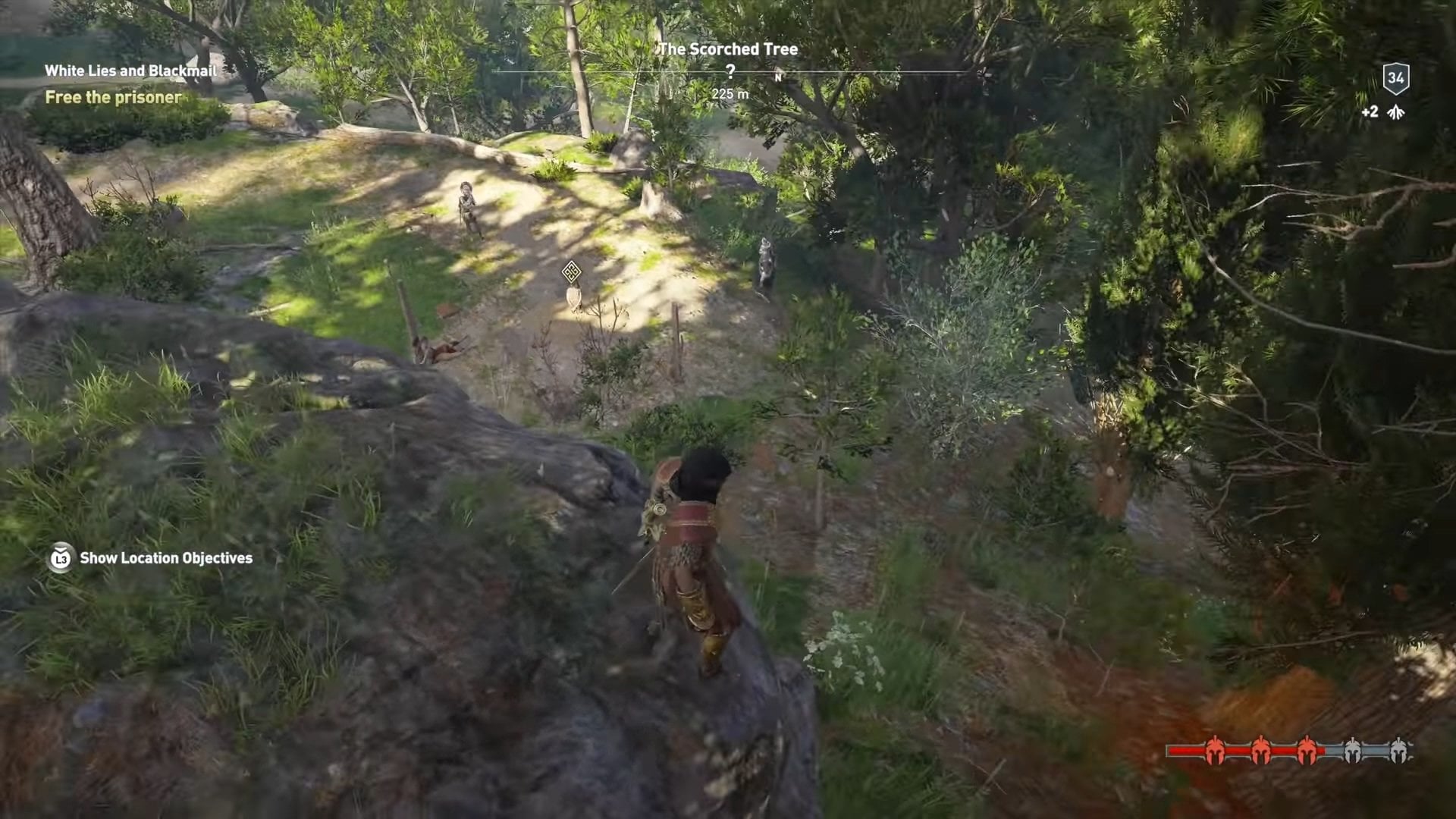 Move straight to the north from the archon’s shelter until you reach the above-mentioned tree. Next to the tree, you’ll find a bound prisoner whom you should release for ‘’inquiry’’. The sectarian camp consists of two parts, so there will be no more than two guards near the place of the woman’s imprisonment. 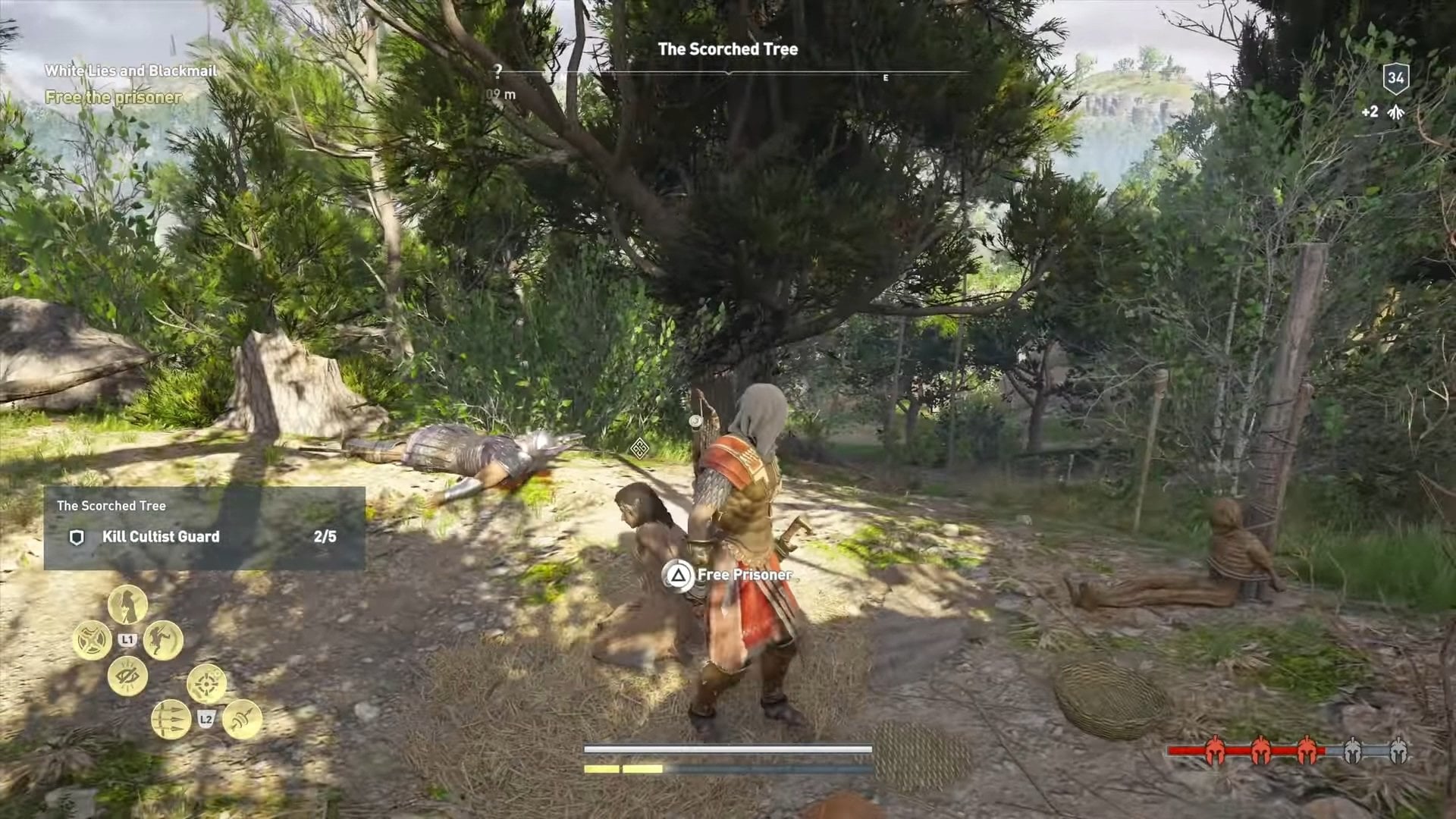 Get rid of the guards quickly and (preferably) stealthily, and then release the prisoner – if you do not do this quickly enough, another guard may come to the tree. From the conversation with an ex-prisoner, you’ll learn that she was taken underground and kept under guard together with Lagos’ family.

To the east from the burnt tree, you’ll find a small estate where several bored cultists spend their day. However, it is not necessary to visit them – just move to the quest indicator (the route through the forest is a better choice than going by the road), which will lead you to a descent to the sectarian cave. 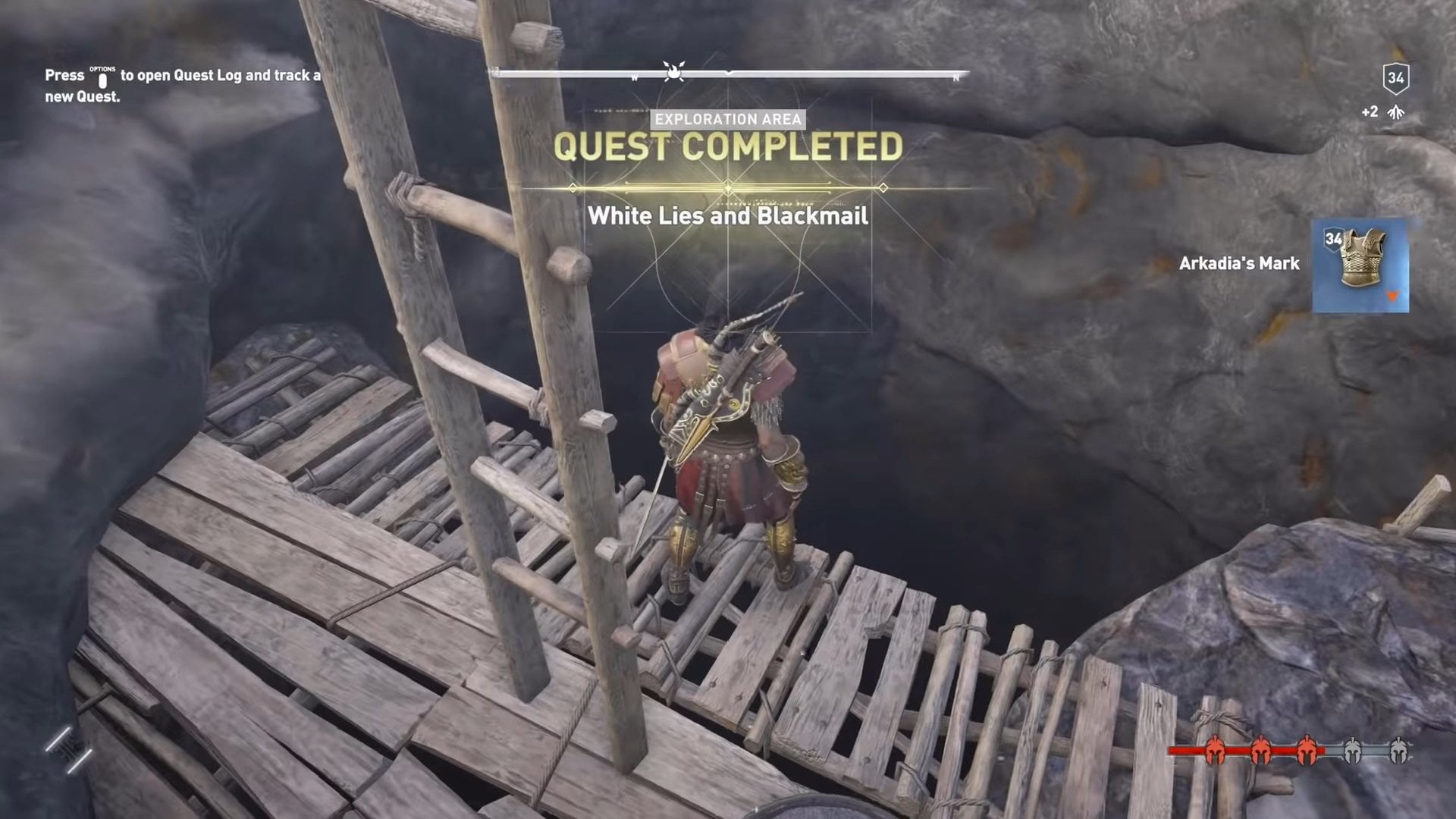 Just go down the vertical stairs to complete the mission and get the rare breastplate. In fact, you can even jump into the abyss: there’s water below, and you do not incur damage from falling starting from level 20. The search for Lagos’ family will continue in the next quest.