Astro Colony How to use the mines and miners

Quick introduction on how to use mines and miners because I needed way too long to figure it out. 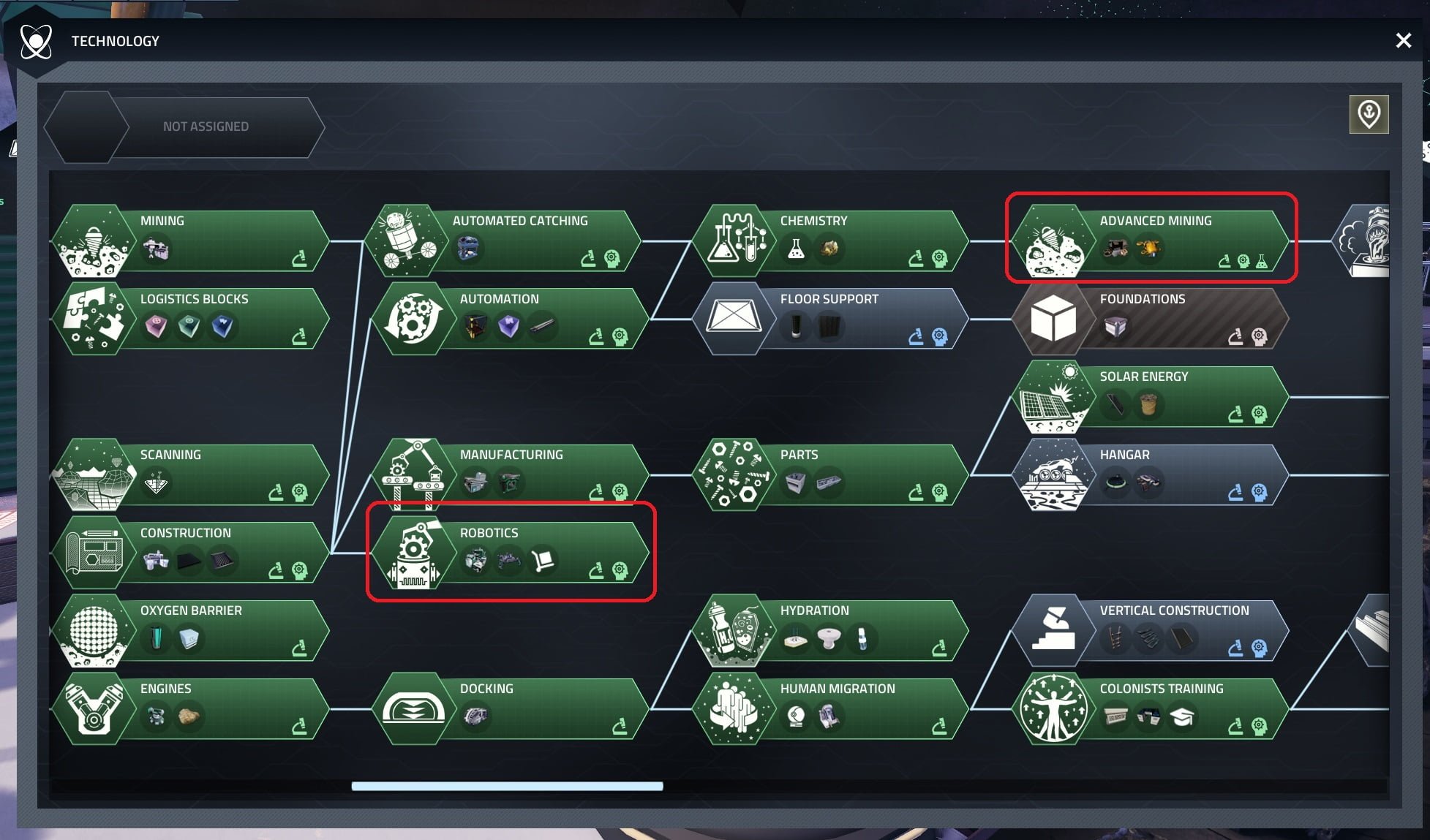 One would be led to believe you only need the Advanced mining technology (top right), but you also need the Robotics technology (bottom left) in order to be able to place the building that produces the miners

You need multiple buildings in order to work

1. A robots assembler
This building is required so you can build the robots, it doesn’t matter if it is placed on the planet or the ship, you can move the robots later.

2. A Mine
This building HAS to be placed on the planet, a mine on the ship will NEVER be able to work on a planet

3. A Docking station on the ship AND on the planet
It is important to note: You definitely need a DOCKING STATION, NOT a harpoon connector, your bots can only cross using the same docking station astronauts use to get on your ship.

4. Enough power
The Mine on the planet needs to be powered in order for the miners to work

I had the case that I wanted to mine coal, and even tho there was an open coal field available, the miners decided they wanted to take on the one that was in the middle of the planet.

That had the issue that they couldn’t find a path towards it, so when that happens you need to remove dirt until a path is available, once an initial path is found they will automatically remove more dirt if necessary.