Legendary guns can be found in slot machines, defeating certain bosses or baddies around the map. Or if you’re lucky, in loot chests scattered across the various Borderlands 3 planets. Legendary guns come with all the quirks and perks that we love so much from the different weapon manufacturers, plus some shiny red text and sometimes a unique firing mode. The Mouthpiece boss you face early on gives you an idea of what to expect, dropping an automatic pistol that shoots dubstep beats and can be cooled by shooting it with a water pistol. They’re crazy cool guns, essentially.

Note that Legendary Weapons and Items can be found at different levels, and the weapon damage will scale to your currently level on finding it, but other effects remain the same. 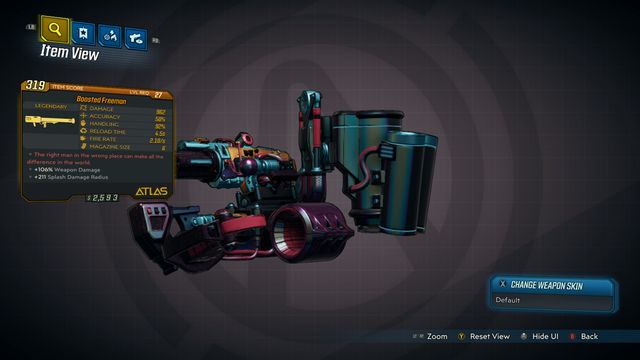 The Freeman is a reference to Gordon Freeman from Half-Life and fires single rockets that follow the player’s aim after firing to go in any direction you please. HL3 Confirmed.