Empires of the Undergrowth: Starting Guide (Tips for Beginners)

Ant colony management game, in a fast-paced real-time strategy style. The player excavates their nest underground, constructing tunnels and chambers to store food and raise brood. On the surface, the ants claim territory, gather resources, overwhelm fearsome arachnids and clash with other colonies.

A beginners Guide to Empire’s of the Undergrowth. A bit of this is covered by tool-tips in game, but it never hurts to repeat it here as well. 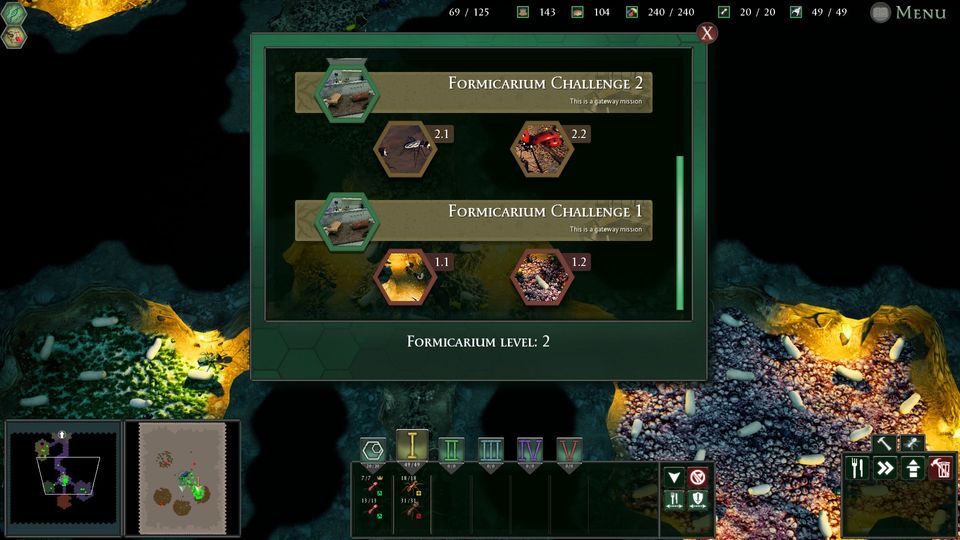 This is where you begin missions, and do the Campaign story mode of the game. You get limited Territory to build with, as well as being able to create other species of ants and upgrade them with Royal Jelly (See Units section)

There are other guides out there for the challenges, but i can give some general tips for them too: 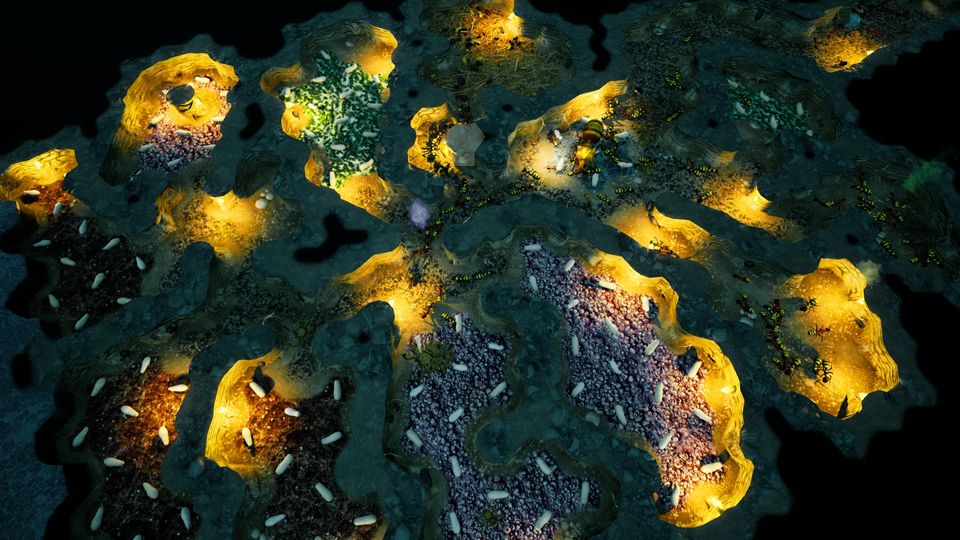 The layout of your colony will affect how efficiently your ants get their jobs done. Having your food far away from the entrance to the surface will mean a lot of extra walking time, and that is time wasted that they could have gone and gotten more food. 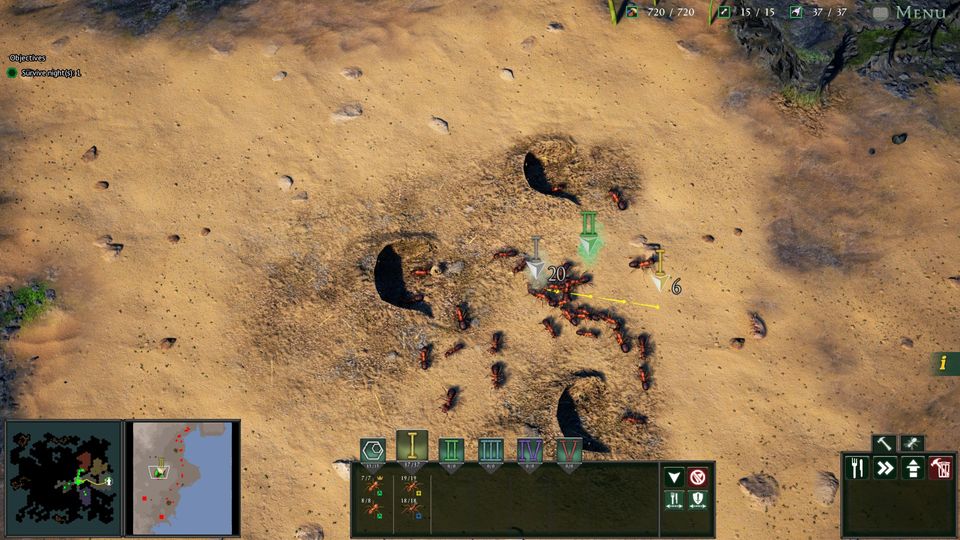 In the center of your screen is the Pheromone groups, numbering from 1 to 5 and including a ‘Queen’s Group’ at the far left by Group 1, which cannot be commanded.

The Queen’s Group takes care of nest duties like replacing eggs as they hatch, and burrowing. It is a good idea to always have some Workers in this group, and the more Workers you have, the faster things will get done.

Pheromone group are the way to organize your ants and multitask your strategy, commanding multiple groups of soldiers and workers to different locations.

Some things to know: 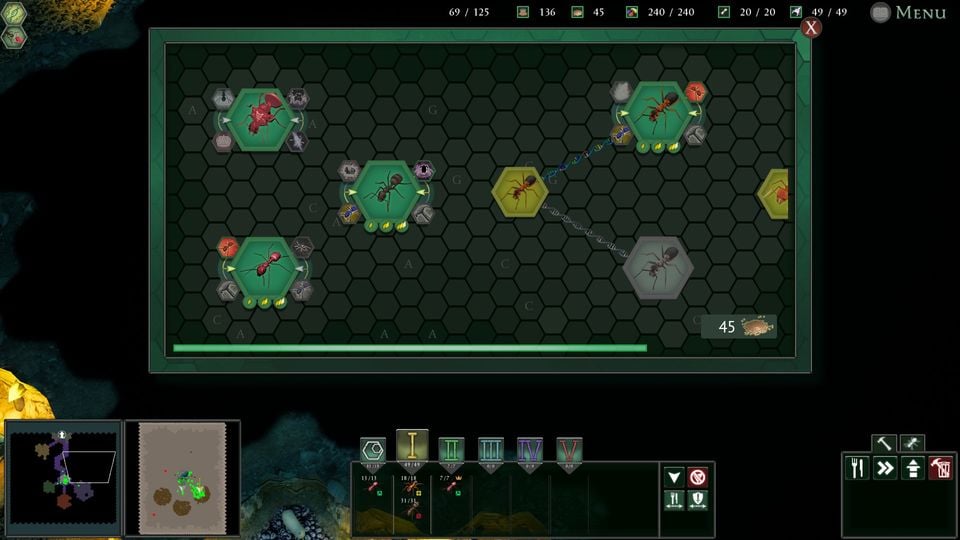 You can have a variety of ant species in your Formicarium, and you can spend Royal Jelly to purchase skills and upgrade levels for their Nursery Tiles. You can only pick one of the two options for each skill set. 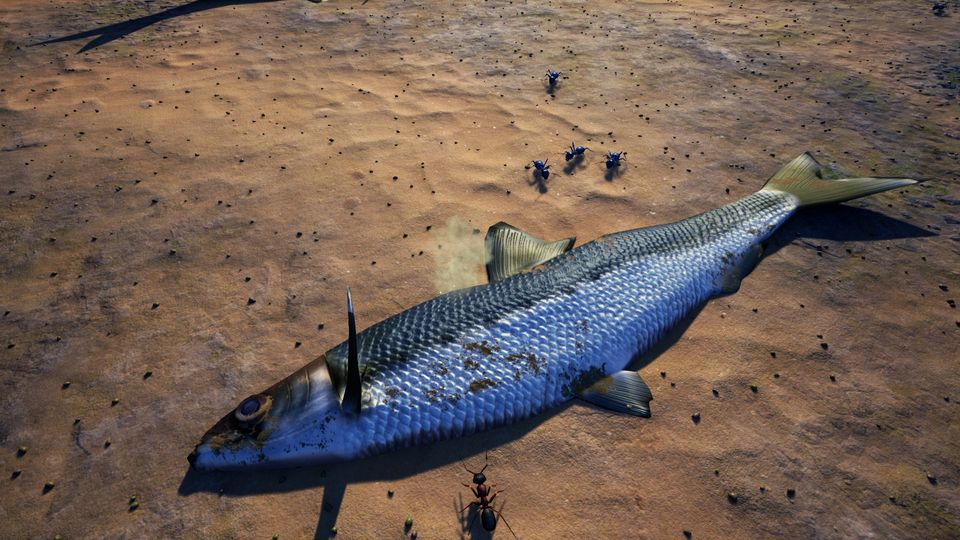 Woodworms
Does not fight back, found underground
25 Food, 1 Ant can harvest at a time

Woodlice
High armor, does not fight back
40 Food, 1 Ant can harvest at a time

Seeds
Found underground or on the surface
5 – 15 Food, 1 Ant can harvest at a time

Honey-dew Nectar
Produced by Aphids over time
10 Food, 1 Ant can harvest at a time

Food Chunks
Found in spider lairs or dropped by defeated Tiger Beetle Larvae
5 – 15 Food, 1 Ant can harvest at a time

Shrimp
Found underground or on the surface
5 – 27 Food, 1 Ant can harvest at a time

Fish
Found on the surface
1260 Food, 8 Ant can harvest at a time 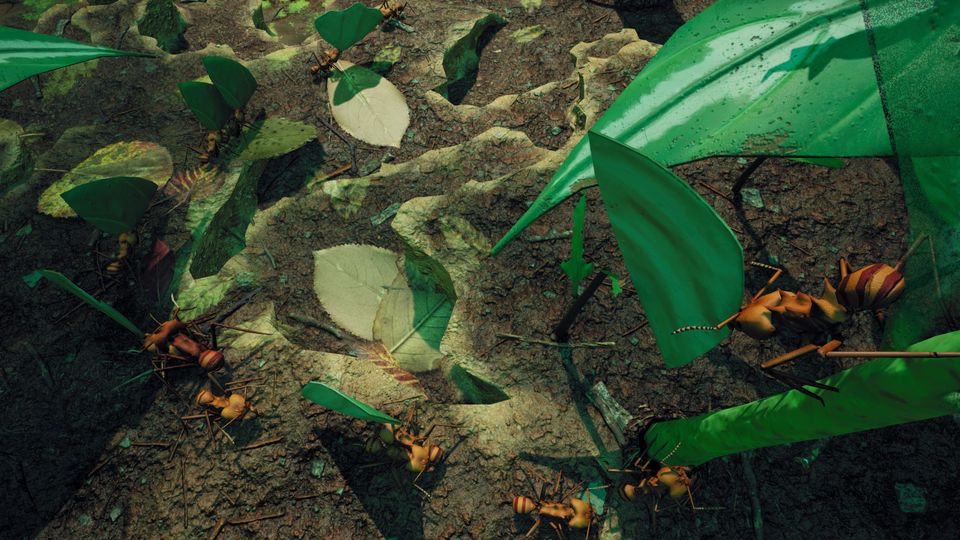 Enemy Leaf-Cutter Ants
If attacked enough, will send out Majors of their own to attack you

Trapjaw Ant
Ants that roam the map in small to medium groups, use superior numbers or upgraded ants to kill them