This quest will task you getting inside Sam Blackwell’s Bunker. Head inside the cave and you will find an Agent’s body. Loot the Operation Summary- Blackwell Holotape.

Sam Blackwell’s Bunker
Head down stains in the bunker and through the blue door. You will come across a laser grid. GO back up to the Bunker’s main room and take a right to the room with blue machinery.

There will be a computer in the Blue Machine room hack it to disable the laser grid. Get back to the laser grind and use the hand scanner to gain control of the grid.

There will be a keypad on a pillar but you need to crack the code. Return to the room and search the file cabinets. You are looking for “Senate Orientation Letter”, “Record Of Divorce: The Blackwells”, and “Intelligence Memo – 18/16/77”.

Read all three and then read the “Judy’s Gone” entry from Sam’s Terminal. One of them has the access codes. Now input the code into the dial pad and return to the other half of the room and check the indicated painting. You will get a Holotape and Congressional Access card from behind the painting. Listen to the Holotape and the quest is done.

So, you want to join the enclave and launch some nukes? Well you came to the right place!

To start this quest, you are going to head east….FAR east. Head to The Mire region of Appalachia towards the Abandoned Waste Dump (Pictured below) 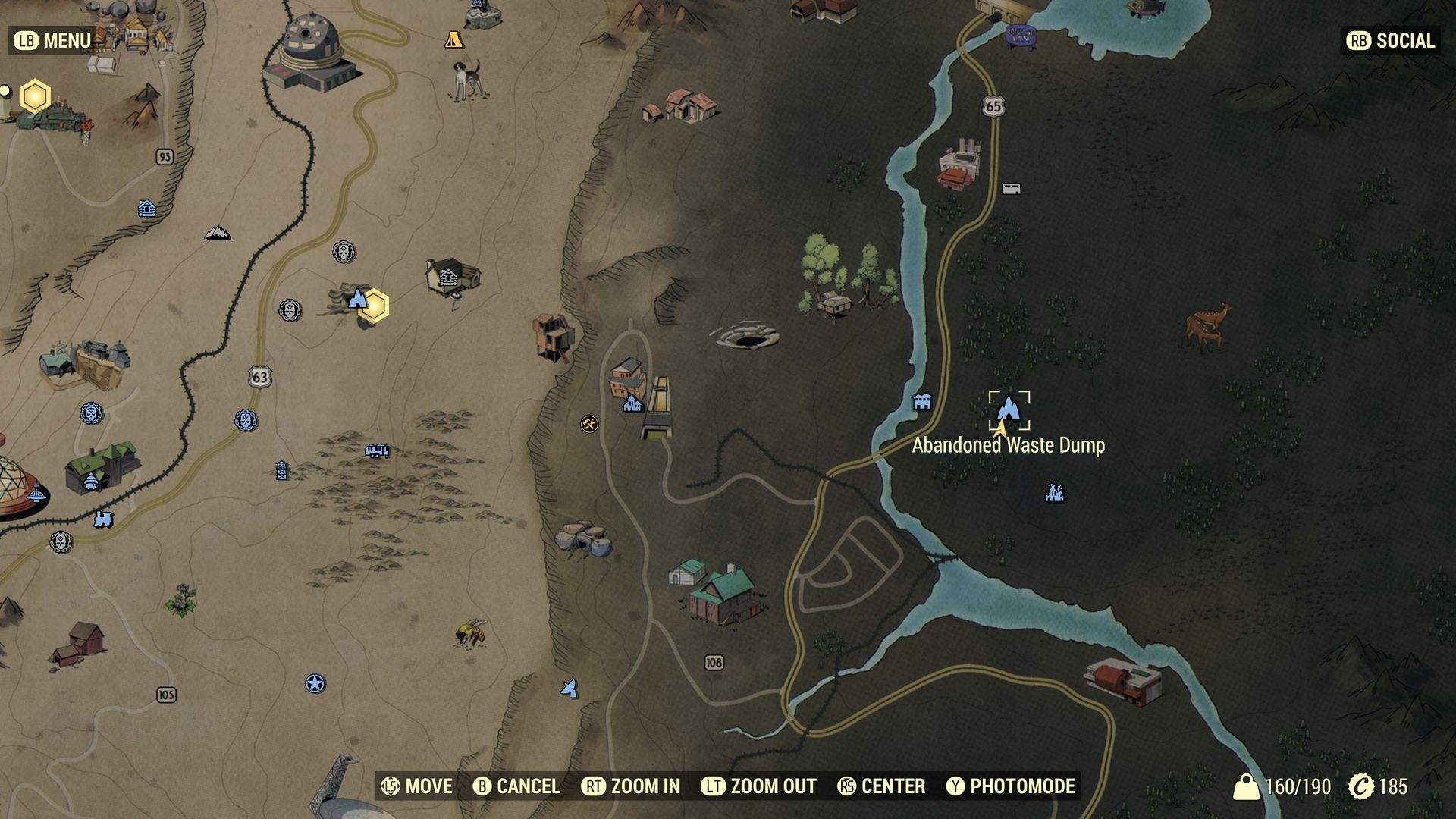 Once you enter the cave you will receive a miscellaneous quest telling you to “investigate the bunker”. This bunker is located at the east end of the cave but just getting to it wont be so easy, as it is located between two very inconveniently placed Deathclaw nests. You can sneak around them to interact with the bunker doors, which turn out to be an elevator locked behind a Secure access panel. Interacting with the panel will give you the “Bunker Buster” quest, telling you to search for a way inside.

Remember those deathclaws….well…you will have to get a little close to them now. In order to get access to the bunker, you will need the Bypass Holotape which is located in the deathclaw nest to the left when facing the elevator doors. 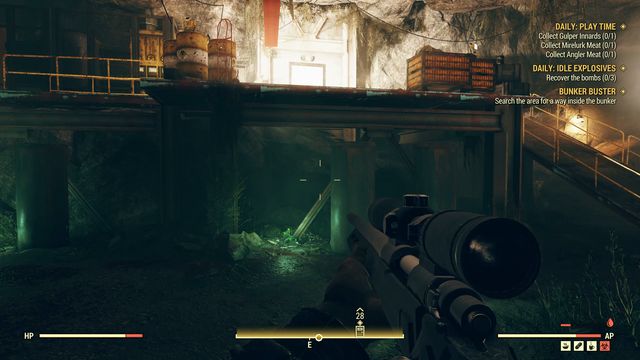 You can try to avoid a fight but chances are one of those deathclaws wont be to happy about you searching through her nest. Both deathclaws are level 20 so come prepared! Deathclaws move fast and hit hard, so engaging them one at a time is definitely ideal. You may get lucky and find the Deathclaws slain by another survivor, however I wouldn’t count on that.

Once you have the bypass holotape in your inventory, head back to the elevator and play the holotape from your Pipboy. Unlike other holotapes, there will be no animation of you injecting the tape, your Pipboy will just give off an odd frequency. Once the tape is finish, interact with the secure access panel once again, but this time the elevator should take you down to the bunker below. 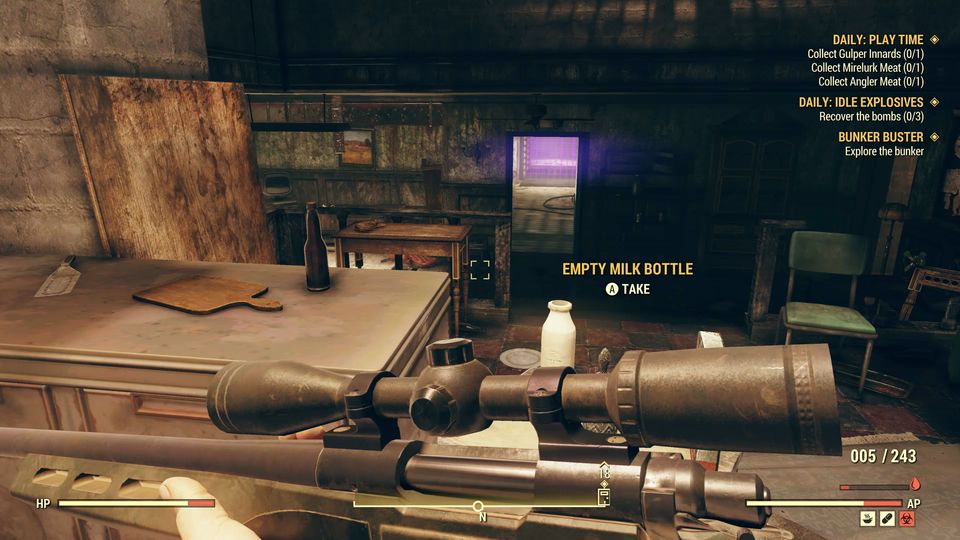 Walk towards the laser grid, and interact with the hand scanner on your right. This will trigger the next section of the quest, telling you to bypass the laser grid.

Remember that doorway on your left hand side when you first head down the stairs? Head back that way now and walk up the stairs around the corner. You will notice you are now above the laser grid. You will see a room, with a painting on the ground next to a terminal. Access the terminal (Judy’s Terminal) and comb through the logs. You learn this bunker belongs to Judy’s Father, a Senator on the run, who sequestered them down here shortly before the bombs dropped. Continue on to the control center, directly above the laser grid, which you will be able to see through the floor. There is a desk on your right with a broken terminal on top of it. Searching the desk will give you the note “Security System Manual Reset” 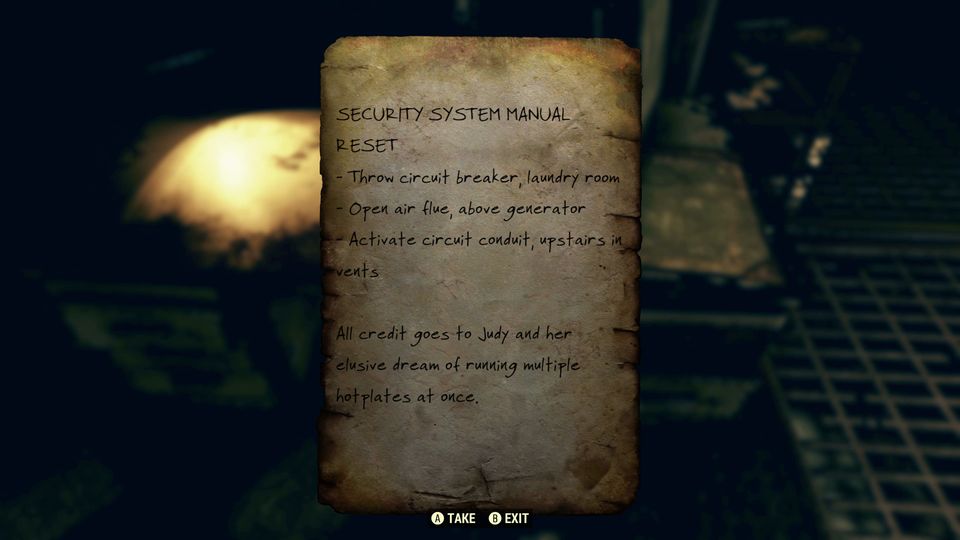 Follow the instructions on the notes, if you have a skill:3 Hacking level you can simply hack the terminal next to the desk and turn off the laser grid. This is a high hacking skill level, so if you are to low don’t worry, you will just need to complete the optional objectives instead.

The three optional Objectives are: 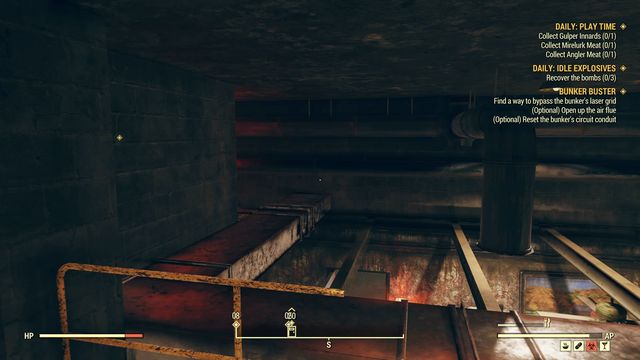 Once you complete all three optional objectives, the lights should go out for a second then come back on. Interact with the hand-scanner once again, but this time it will grant you access through the laser grid, deeper inside the bunker.

Once you are through the laser grid, the hallway will lead you to Senator Sam Blackwell’s Secure room within his bunker. While exploring the room you will come across a keypad on the wall that requires you to enter an access code. 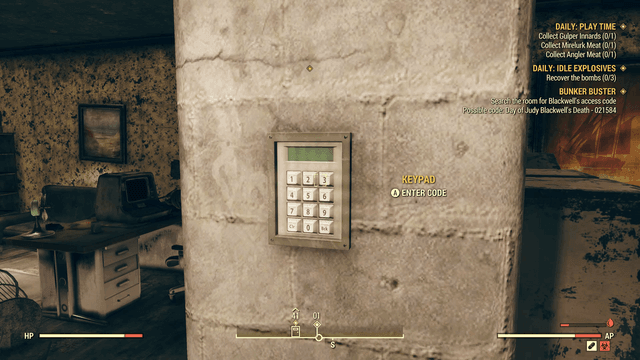 On a desk to the left, you will see Sam’s terminal with his Journal inside. Inspecting each entry will provide more context to Sam and his final days, slowly losing his mind to an undisclosed disease. Sam lost Judy on 02/15/84 to “the disease” losing her almost as quickly as she fell ill. Putting Judy’s day of death into the keypad unlocks a secret compartment behind a painting next to his desk. 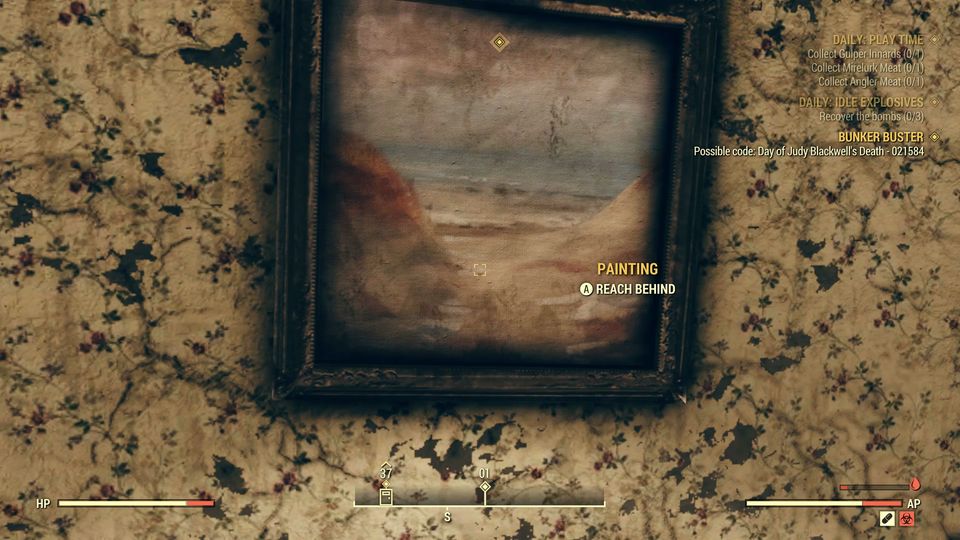 Reaching behind the painting will give you a holotape titled “Welcome to the Whitespring” and a Congressional Access Card.