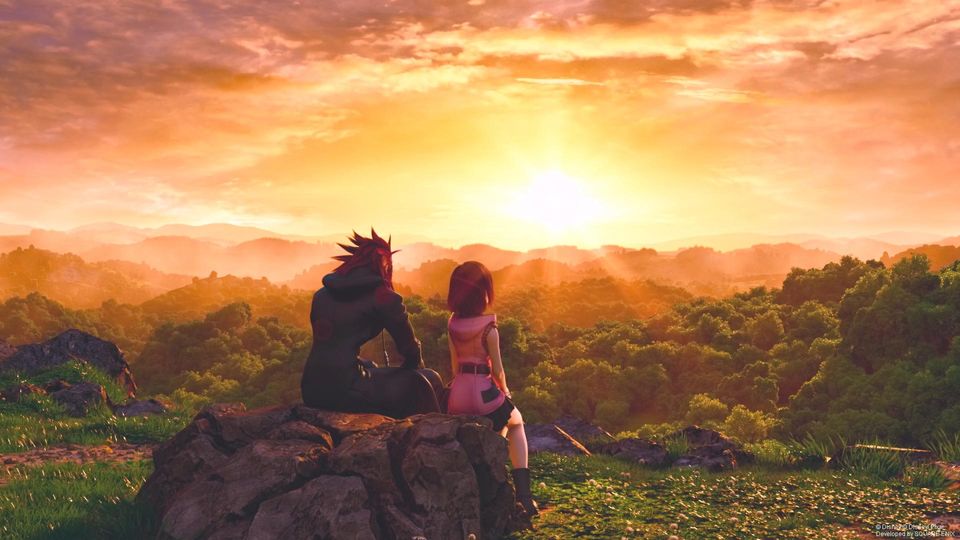 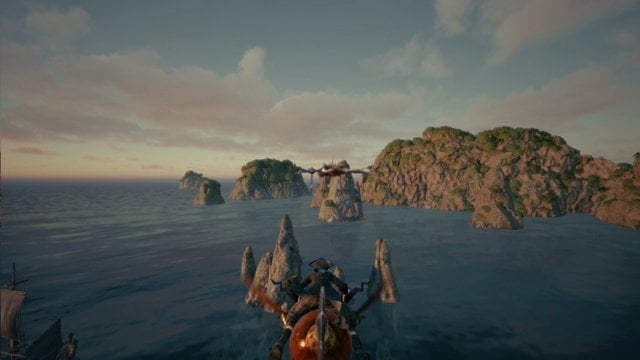 What follows is a one-of-a-kind boss fight in Kingdom Hearts 3. You are up against a giant flying Heartless in the sky that is attacking the Black Pearl. At the same time, you are piloting one of the Heartless yourself. You have to defeat the boss before it destroys the Black Pearl.

All while this is going on, there are also some adds you have to worry about. This boss has a whopping 15 health bars and deals damage rather quickly to the Black Pearl. You are going to want to focus all of your fire on the boss rather than the adds. 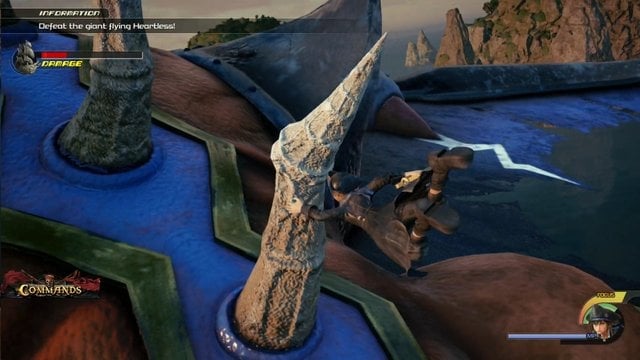 Keep following behind the boss while constantly holding down the trigger to fire. You want to aim for the middle of the glowing square where it’s head is to deal damage. At the same time, you want to fire off torpedoes constantly as soon as you have them. You also want to use the aerial dodge to dodge any attacks and get closer to the boss. When you get close enough to the boss, follow the prompt to jump on its back. Then press up on the thumbstick to jump up to its face and it will turn around and look at you. 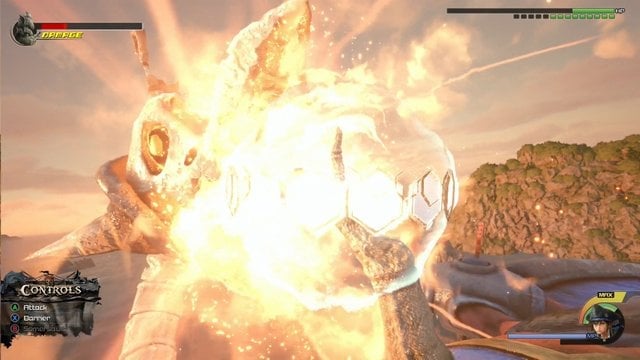 Immediately start unleashing attack after attack. When it moves its head and you stop damaging it, quickly press X/Square to bring up your barrier and shield yourself from any powerful hits. It will eventually shake you off. When this happens, dive towards one of the colorful cloud streams.

The game will treat it as a rail. Ride it all the way to one of the flying Heartless and take command again. You will want to repeat the same objectives of shooting the boss, flying after it, and jumping on its back until it is quickly defeated.