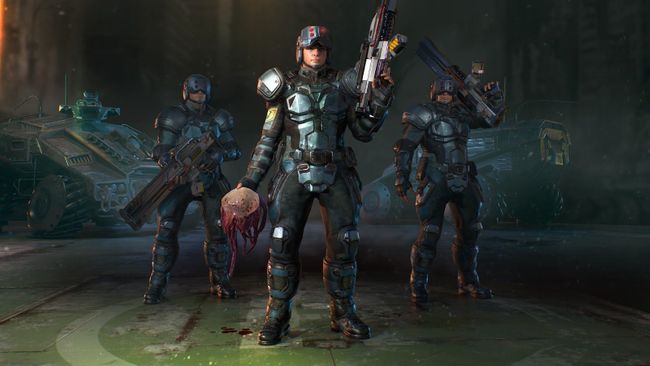 The Assault is the generic soldier class. It’s also the class with the most powerful skills for multi-classing, so you certainly shouldn’t underestimate it.

It specializes in Assault Weapons, naturally, which may not prove to be worth their weight. Sniper rifles and cannons are often the better choice.

You start the game with more Assaults than any other class, and that’ll likely be the case throughout. They’ll be the backbone of your squad, with other classes filling in specialist roles.

The Assault soldier class also has the benefit of attaining some of the best Abilities/Perks early on.

There are countless benefits to the Assault Class.

When it comes to Class Skills, we recommend focusing entirely on Willpower, so that they can use Dash as often as possible and get the most from their mobility.

In reference to the best multi-class option, we would go with the Sniper-class.

Most of the Perks and stats in the Assault class are enough to get you through most situations, the Sniper-class is there to give you access to the Sniper Rifles, which are arguably the best weapons in the game.