Farming, for Beginners is one of the main missions in Red Dead Redemption 2. John is working on the ranch. The man helps Dickens in building a fence and in taking care of the cattle. 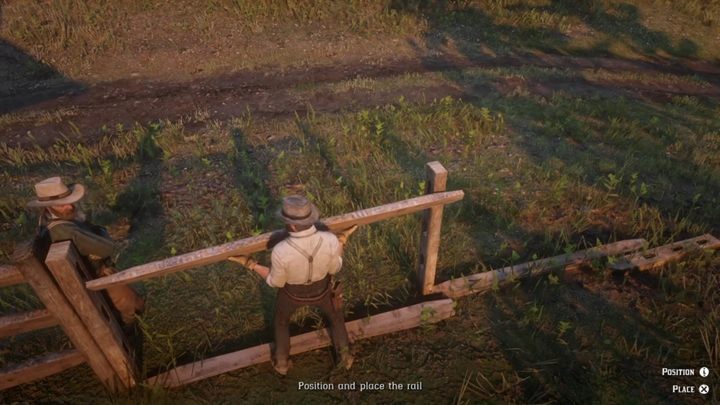 How to get a gold medal in Farming, for Beginners? 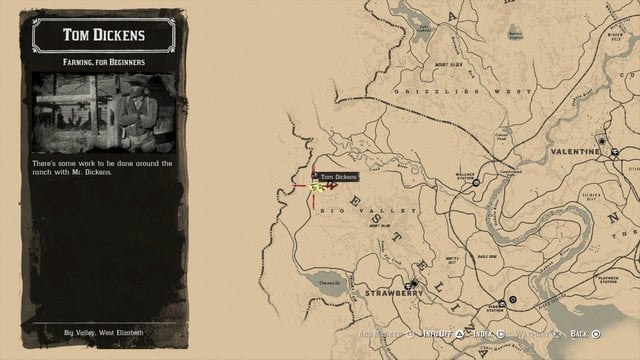 Walk up to Mr. Dickens to start a conversation. He asks John to help him build a fence, and questions his origin story.

John does a decent job at convincing him he’ll be a good worker regardless of where he came from. 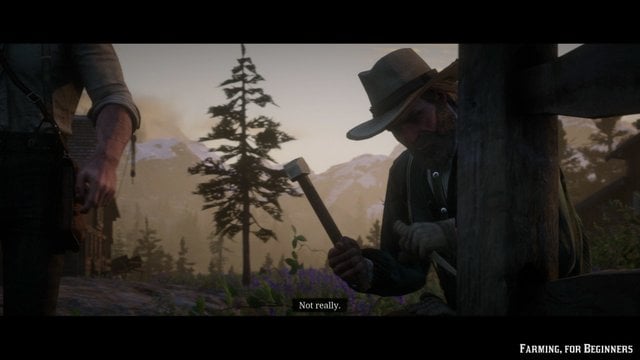 Now you’re going to help him build a fence. First, smack the post with x/a three times to secure it into the ground. 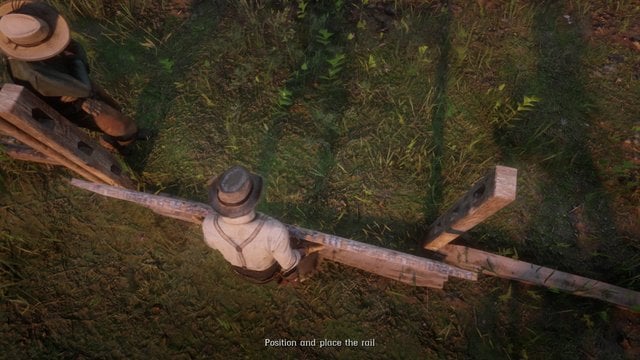 Then, John will automatically pick up a post. Position the height with the left stick, and press x/a when it’s aligned to place it. It will prompt you when you’re able to place it.

Then, Mr. Dickens will leave you to it. A cutscene will prompt, and John will continue putting fences together. When it goes back to your control, position one more piece of fence – but you’re called away. 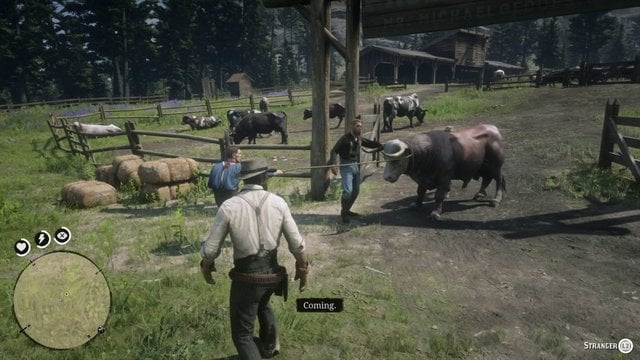 They’re having trouble with a stubborn bull that won’t move where they want it to. John goes over to try and help.

Once it escapes, it’s up to you to capture it. Equip your lasso. Be ready to strafe – it will charge at at you. 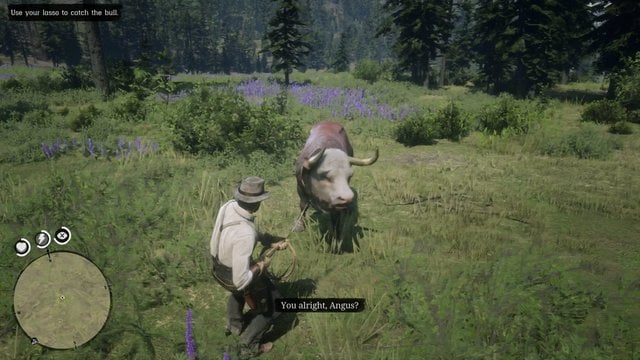 It’ll take a few tries lassoing it for the rope to keep, but keep at it, and eventually the game will prompt you to calm it down. Press square/x to do just that.

After you’ve captured the bull, a cinematic starts. The men thank John, and he gets home. The next morning marks the end of the mission.