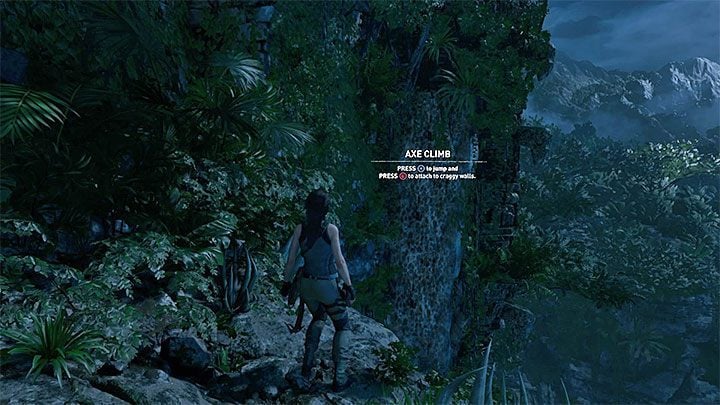 After watching the conversation with the rescued person, move further. Jump towards the wall and climb up to the top shelf. You will see the cut-scene and then continue along the cliff. Position yourself where you can see a new climbing wall in the distance (check in the picture). Make a jump from the inrun and press the interaction button when you find yourself by the wall to catch yourself with your pickaxe.

Don’t move, just press the rope lowering button (the pickaxe is still knocked into the wall). Lower down as much as possible to jump safely on the lower shelf. 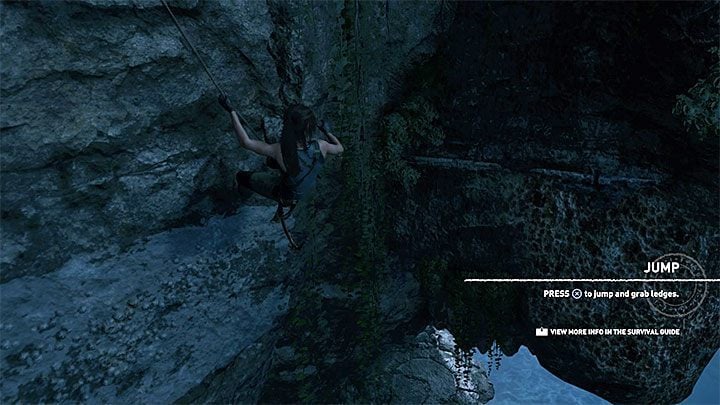 Continue by jumping on the interactive edge and moving sideways. Get closer to the new climbing wall, make a jump towards it and grip the wall with your pickaxe. After a successful jump, go down on the rope and simply let it go when you get close to the new shelf that lies lower.

Next, jump to the climbing wall. Move sideways to reach the new edges. Once you have reached another climbing wall, start with lowering on the rope. Now run on the rope left and right alternately. You have to wait until Lara is close to the right climbing wall (check in the picture) and only then make a jump towards it. 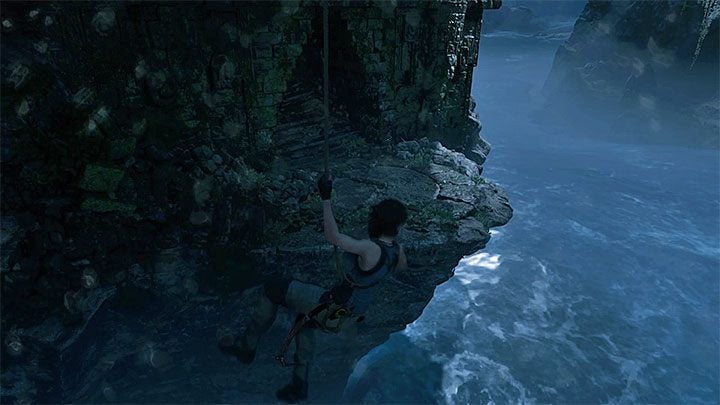 Move along the last (so far) climbing wall as far as possible to the right. Use the rope to get down completely. Lara is by default too far from the new shelf, but you can test a new move with swinging on the rope. Decide to jump only after Lara puts her hand forward, signaling that the action will be successful. You can already enter the ruins.