Abandoned Industrial Zone is a Marauder Camp in the Emerald Vale, north from Edgewater. You’ll arrive at this location looking for Zoe for the quest A Few Kindred Spirits..

This quest is obtained by talking to Grace Romero near the entrance to the Botanical Labs, north of Edgewater in the Emerald Vale. Talk to Grace and ask her what is going on, and she will reveal one of the deserters has gone missing. Offer to help find the missing person and then ask more questions. You will be told to investigate Zoe’s room and talk to her friend Stefan.

Stefan Garcia can be found on the porch of his residence, which is right next to Zoe’s. You can talk to him and inquiry about the day of her disappearance. He will mention that they were going to watch a serial, and she never showed up for it. He says he had a surprise for her, a copy of the Masked Marketeer. He will also mention that she was “journaling”.

Go to Zoe’s house and read the journal for 1125xp and a quest update.

Make your way east toward Zoe’s destination. You’ll come upon a group of Marauder and Canid that you must defeat, and you may loot Mag-Pick from a container in this area. Beware of the Primal Behemoth nearby as they are quite tough to take on. Defeating them and the Primal Hunters will allow you to investigate a nearby cave with a container that has Heavy Ammo, Energy Cell, Weapon Parts, Armor Parts and Bit Cartridge.

As you arrive at the abandoned industrial zone, watch out for landmines littering the road in. There are many Marauder and Canid enemies lying in wait. You can sneak around the back to the area where Zoe is, but you’ll have to trigger combat to be able to talk to her.

There are many Level 5 Marauders to defeat so make use of the exploding containers nearby, and once you have dealt with them talk to her. You can tell her that people are looking for her, and she will reveal she does not care. Talking to her will show that she traded Adrena-Time in order to join the confidence of the Marauders. She will tell you she was kicked out from Edgewater for getting sick and stealing medicine. She joined the Botanical Lab expecting outlaws and instead found a peaceful community, not to her liking.

Persuade (10) or Intimidate (38) allow you to push her to return. Persuading her, will give you the option to talk about Stefan, and if you talked to him you can bring up the surprise episode he had prepared. This will yield 1125XP and she will return to the Botanical Lab. Conversely you can kill her for 1500 XP and pick up her ring as proof she is dead.

Go back to Grace at the Botanical Lab and you can tell her the truth about Zoe joining up with Marauders, or tell her she wanted to be an outlaw. Telling her the truth does not cause any problems and rewards with with 4125xp and increased positive reputation with the Deserters faction, raising your status to Agreeable if you had none.

If you Lie (5) to Grace, assuming you killed her, and say you had to put her down, you will gain some extra XP and you can show her Zoe’s ring as proof she is dead. This will net you 4000 XP, Deserters Reputation and a Bolter Pistol. 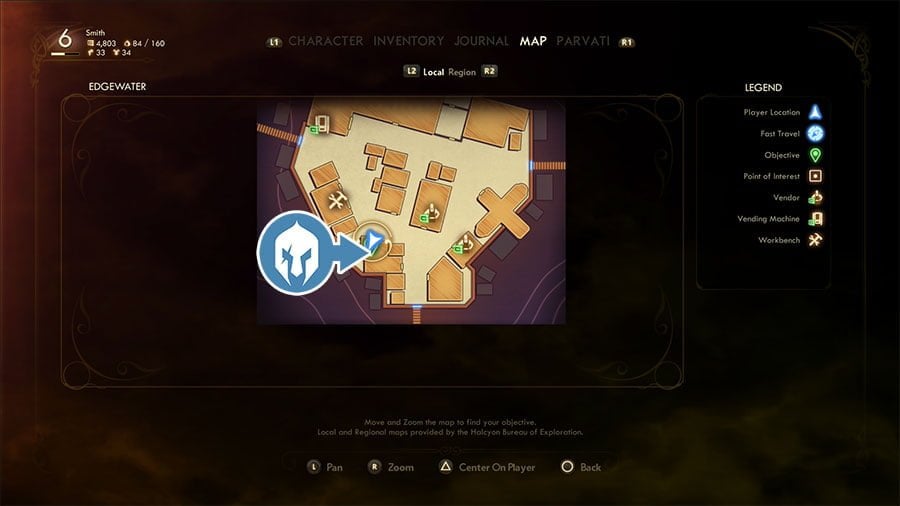 To get this quest you will have to talk to Constable Reyes in Edgewater. Then it’s mostly defeating marauders and looting their camps. These camps are in the following locations:

When you go back to Constable Reyes you will get your rewards. For every finger you picked up you get 1000xp, 500 Bit Cartridge and 5% improved Spacer’s Choice reputation.