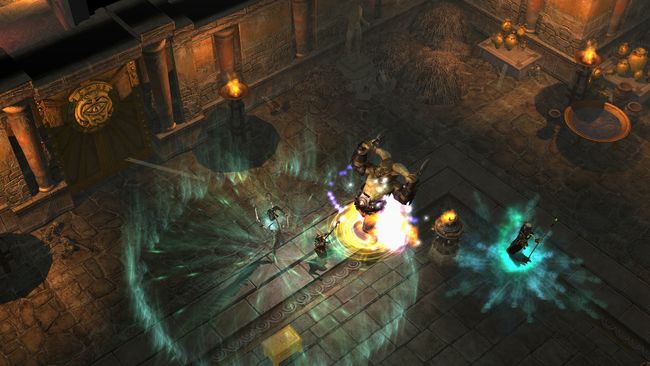 For its 10 year anniversary, Titan Quest will shine in new splendour. This Anniversary Edition combines both Titan Quest and Titan Quest Immortal Throne in one game, and has been given a massive overhaul for the ultimate ARPG experience.

This is a guide on the Stonespeaker (Earth + Rune) build for Titan Quest AE: Ragnarok (Atlantis) that uses bow only, dealing fire/elemental damage.

Why Earth + Rune for an elemental archer build:

For late game (Act 3 – 5 Legendary), this is what you should aim for (and you can achieve) in terms of set-up:

Get a mix of legendaries and green gears (with relics/charms) to achieve the above offense/defense target (defense target is more important). The exact gears depend on what you can get, but some tips are:

For reference, the legendary gears I used in late Legendary were:

For the rest I used green gears (except the Bramblewood bow).