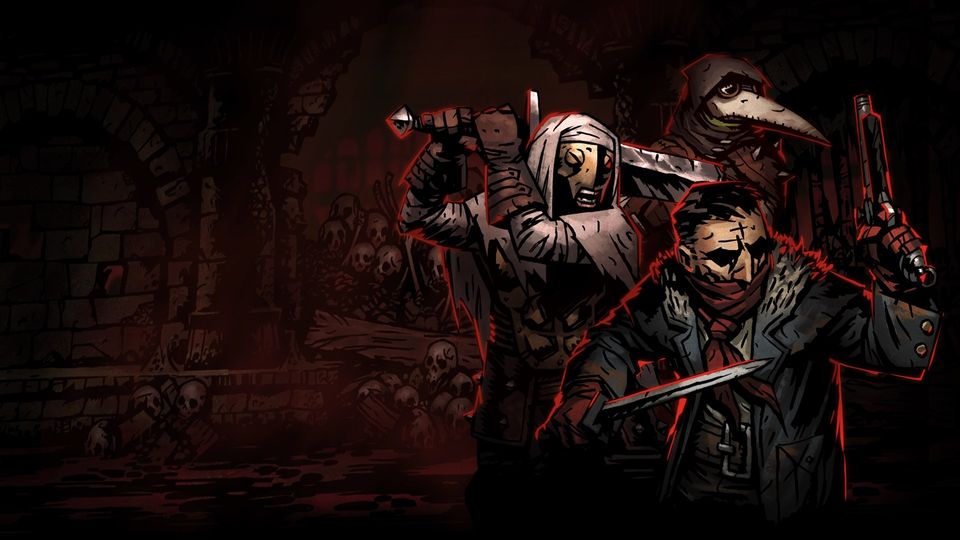 I was not going to write about this, but i feel i need to. Quirks in this game are “passives” (like in a mmorpg or like lol) that grants a hero either a slight bonus (more damage, more health, etc) or a downgrade (more stress, less damage, etc). Most heroes comes with a set of quirks that can be either useful or just can be a deal breaker over picking a hero, so before recluiting a hero always look at his skill set (the more skills he has you want the less money you need to use) and his quirks (there are some quirks that are straight bad or terrible on a hero).

The mechanics behind the quirks is that you can have up to 5 active quirks on one hero with the possibility to lock up to three quirks in the sanitarium. When a hero with 5 quirks receive a sixth one random quirk will dissapear and the new one will take it´s place, with the exception of locked quirks who won´t dissapear under any circunstance. Have in mind that the highest the resolve level of your hero the expensive it will take to lock the quirk, so do it early for maximum efficiency.

For the positive quirks they are more focused in giving you a slight edge over certain situations (quick reflexes, unyelding), or do an already useful mechanic (like camping or scouting) even more powerful, or just improving in flat numbers certain actions (more damage, more stress healed). It is up to you to decide what is your character going to do in order to decide which perk helps him to do the job better. Now while there are a bunch of quirks, all with different kind of bonuses, these are the ones i like to use:

Now while this is my list of what i consider the most useful quirks you can use whatever quirk you want. Just have in mind that the ones that gives you less stress using a certain activity or the ones who offers more scouting chances in X dungeons are not so good since you will be condemning that character to be good only on that dungeon (since in the other said hero won´t have a quirk). And also for the camping skills they are not good since camping should be used to buff your party and not healing.

Bad quirks are the ones that gives a hero a “downside” under certain circunstances (weak grip of life, calm), durung certaing actions (Nocturnal, the yips), performing certain mechanics out of combat (stress eater) or just being under a certan curio (♥♥♥♥ing kleptos). These quirks have a little more impact than the positive ones since they have more punishing debuffs and sometimes they do things that takes away the control of your heroes and put it in the RNG jesus.

Like the positive quirks the negative ones can lock themselves (the risk rises as you complete dungeons with that character) and 3 can “normally” be locked in a character. The catch in here is that to remove a locked negative quirk takes more money that it would normally do if that quirk was “free” (not locked). Also there are certain curios that can lock a negative quirk even if it is already 3 locked, so be careful or you can find yourself with a character with more locked quirks.

As i said before there are some negative quirks that will affect negatively your character and you might want to take them out, but i will write a list of those that are the worst that you really want to take out as fast as possible: