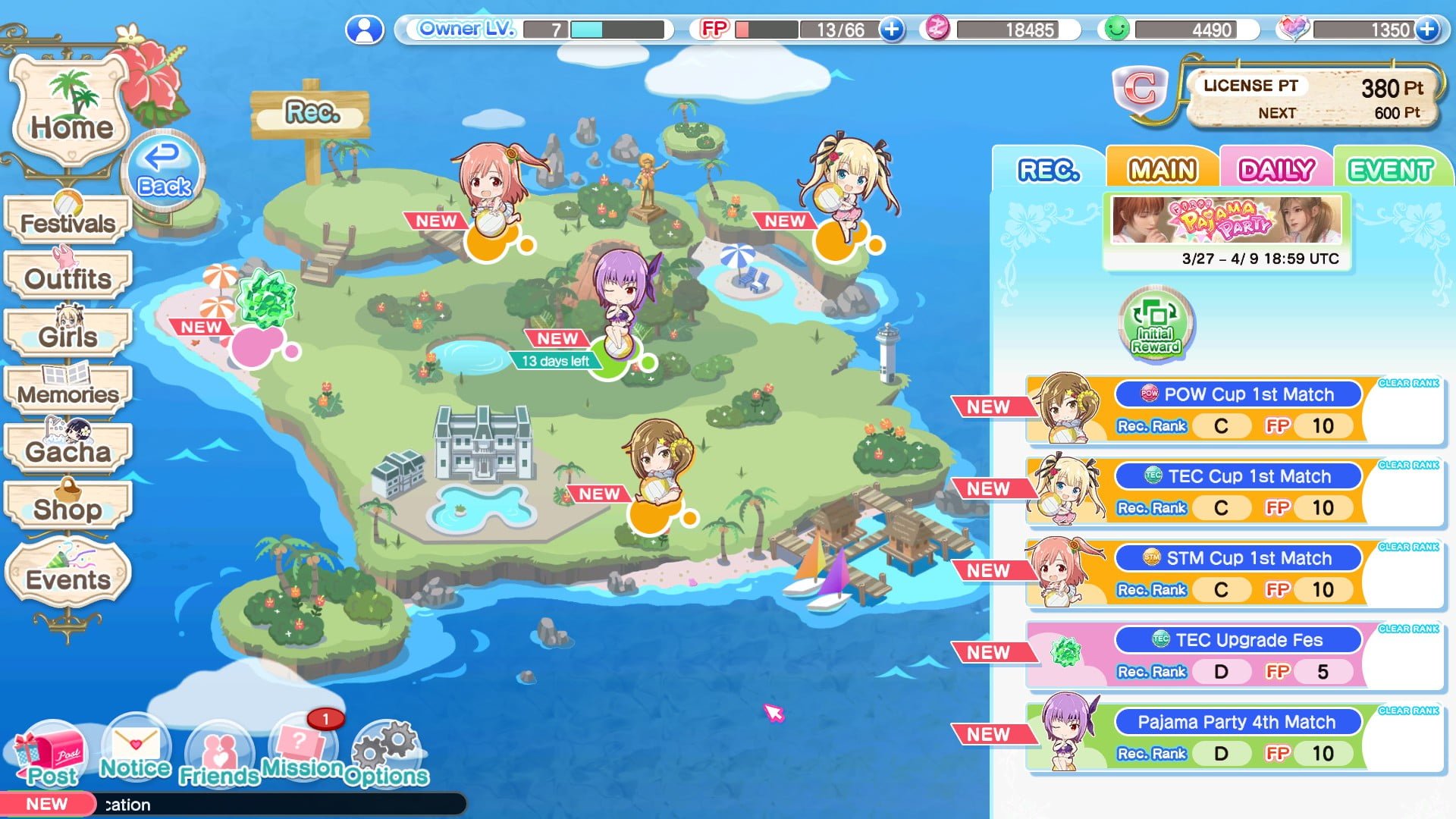 The festival screen is where you pit your girls and their swimsuits against the AI and occasionally other players during PvP events. Yeah, there’s some PvP. It’s called Dead or Alive 6 It’s still Beach Volleyball themed.

The matches are ranked in difficulty, with the lowest being E (F is tutorial level) and the highest difficulty on the Japanese version being SS+. The enemy AI stats have gone over 10,000, just to give you an idea of what that entails. Naturally, players still won which only means they’re only going to get stronger. But relax, the Steam version just started 2 days ago.

Your license rank is a good indicator of your progress, with the highest possible rank being SSS+. However, you’ll never get there as it is based on actual time spent playing per day and is refreshed daily. By the time you clear the main campaign you’ll be sitting comfortably at SS-.

REC. is basically the next match in line for you. 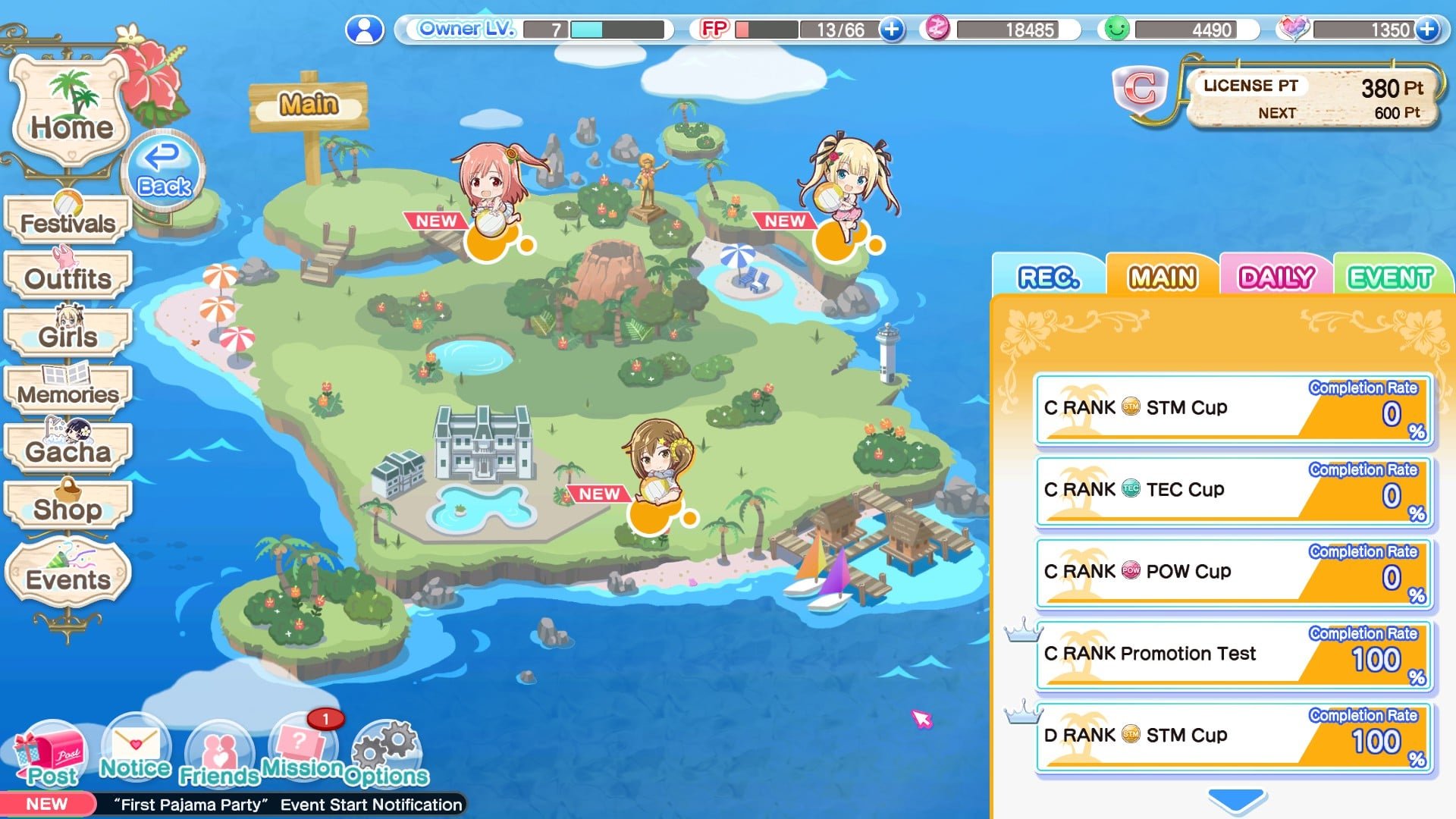 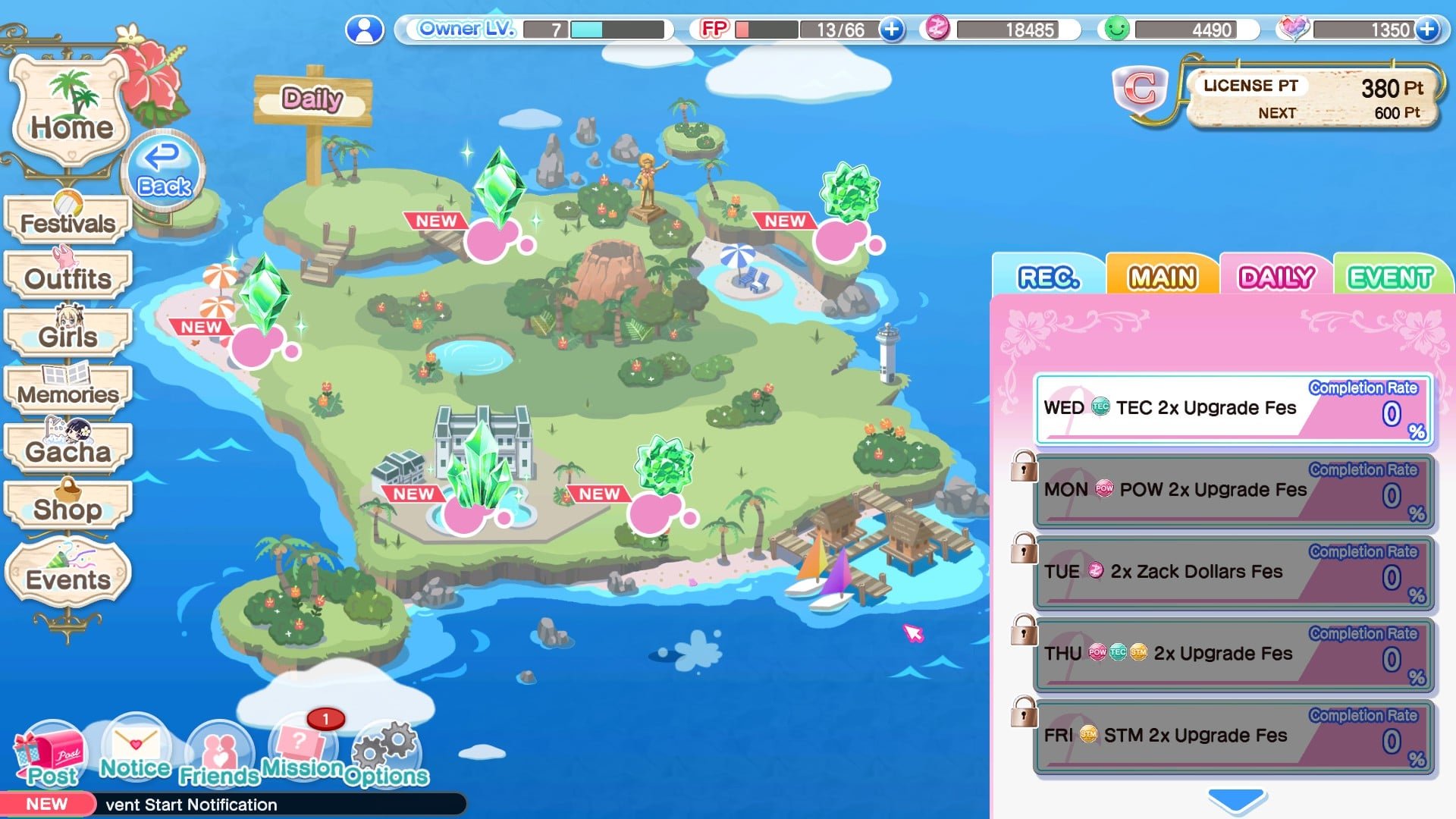 DAILY is a very misleading title. These matches serve to help you farm resources to improve your swimsuits by rewarding you with upgrade stones and Zack Dollars. 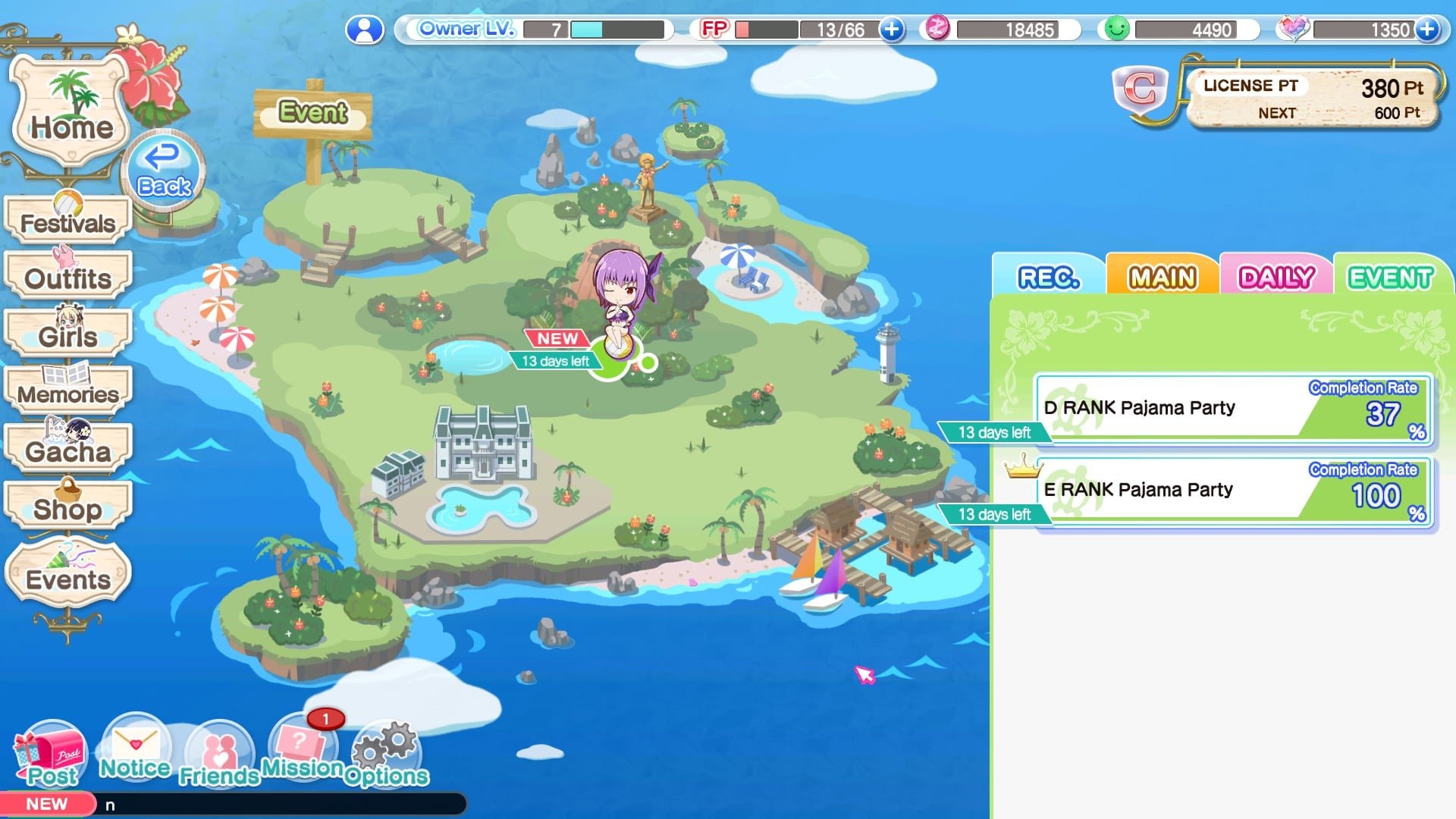 EVENT is a tab reserved for the current ongoing event themed around a girl, Gacha or in-game event, usually a combination of all 3. Don’t worry – the longest this game has gone without an event is about 12 hours. Most events follow a ladder format, where you have to clear E rank first before you can proceed to D, so on and so forth. The higher you go, the better the rewards.

Almost every event has an associated ‘Trend’ swimsuit and accessories attached to them. Using a Trend Swimsuit for the event matches confers a massive boost to the girl’s stats, usually more than enough to clear the entire event ladder. Due to the nature of the game, it is damn near impossible to keep this page updated as it changes every 2 week on average. Once you clear the main campaign, this is where you’ll be focusing your efforts.

That reminds me – if you’ve just started, focus on clearing the campaign and unlocking more girls. Both will require you to get some SSRs, so good luck with that.