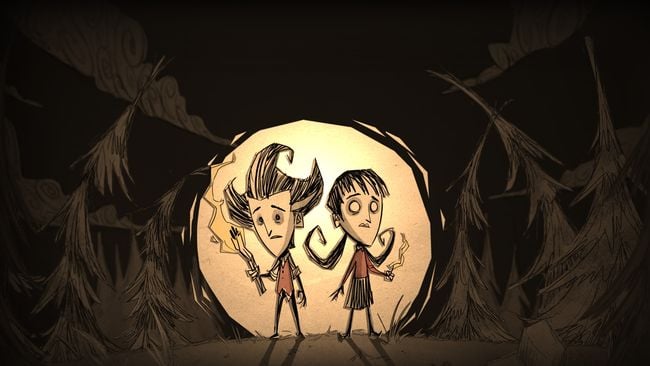 How to Make Willow Playable

This will be a short guide on how you could play this character. This guide is specifically for Don’t Starve Together ’cause Willow has different stats in one game and in the other. And this guide is made with all MY knowledge about the character and the game.

As you should know Willow has some basic stats of Hunger and Health but not for Sanity.

She starts in game with a lighter and her toy Bernie.

Her lighter is usefull ’cause you can cook on it which is kind of “cool” but most importantly you can survive longer with just that ligher then to waste your resources on touches.
And Bernie is an item that you use when you go insane by droping the item on the ground and making it tank the Nightmare creatures while you go and gain more sanity of fight other creatures.

This, on paper, seems pretty dumb and useless ’cause if you’ve played the game long enough you could easily kite Nightmare creatures, but in some cases like at the start of the world you’ll need that when you or your team mates go insane. This item can also be used when fighting Deerclops ’cause he has his -400 sanity drain. Just put Bernie on the ground, let him tank all the damage from nightmare creatures and you fight Deerclops. Bernie can be easily repaired by a Sewing Kit or Duct Tape from Winona.

While playing as Willow your sanity because more “valuable” to you. It’s a lot harded to deal with freezing and Nightmare creatures at the same time. To maintain your high sanity you could just cook green mushrooms (or even blue if you’re a troll), get a Tam o’ Shanter at winter, stay near multiple fire pits for that sanity boost, stay near Glommer, wear a Tam o’ Shanter and be near fire and etc.

Sanity is really simple to maintain at high but as you already should know, you don’t get sh*t when your sanity is high. Most of the time you should have sanity low, kill Nightmare creatures and craft that sweet Dark sword and Night armor. Nightmare fuel is really easy to get when insane but a little bit difficulte to get while sane. When sane (which you would always need to be while with Willow) you can get Nightmare fuel by going into the caves at Autumn or Summer (best times to go there) and find the Damaged Clockworks or Nightmare fissures.

Not having Nightmare fuel isn’t really a big problem for 2 reasons. 1 if you have a bunch of meat and pig skin for your Ham bats and logs for those Log suits, and 2 you “don’t need” the items from the Ancient Pseudoscience Station. Most likely you will have to get those items to make your survival easier. Items from that station are a must have whether you like it or not. Or you could even try and be insane with a termal stone to keep you warm enough to kill those Nightmare creatures.

How to make her work with a team

Willow with her lighter,Bernie and perks, it would seem to be wasting resources on her to make here sanity high and so that she doesn’t die in the first 5 days of the world. You would be right to some extent but she could really be of somewhat use.

This is kind of usefull and not really. Only thing usefull of it is that it lasts longer and you could cook with it. That really doesn’t help your team. You should at least have 1 of these lighters on your team ’cause more then 1 is a waste and it should be only used when someone goes to explore for more resources.

This normally wasn’t my idea ’cause it isn’t. A Youtuber and guide maker named Don Giani rushed the Dragonfly with Willow useing her perk of taking less damage from fire to be more effective vs the enraged version of the Dragonfly. TL;DR He is tanking the fire damage from the enraged Dragonfly to get more free hits on to the Dragonfly. If you want to rush it with a team or maybe rush multiple stuff at once, you could take Willow as one of the characters.