Jerome Comes Home is a Side Mission in Far Cry New Dawn that unlocks Pastor Jerome as a Gun for Hire. This walkthrough shows the Jerome Location and how to complete this Quest.

East of Prosperity and south of The Chop Shop outpost there’s a large silo where one man is defending himself from several highwaymen. 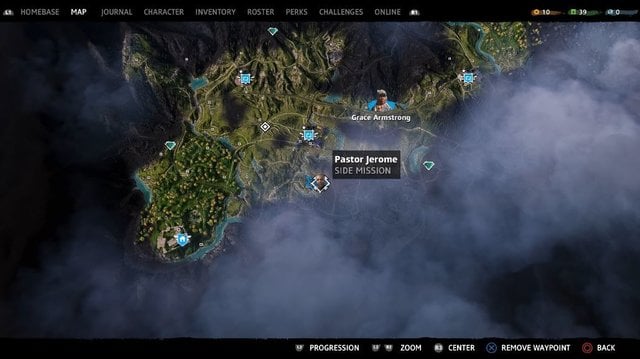 The highwaymen are scattered all around the silo so you’ll probably need to move all around the lake here to take them out. Once you do the man in the silo will use one of the ziplines to come down. Talk to him and he’ll tell you that the Pastor Jerome was captured by highwaymen and give you a waypoint to follow. 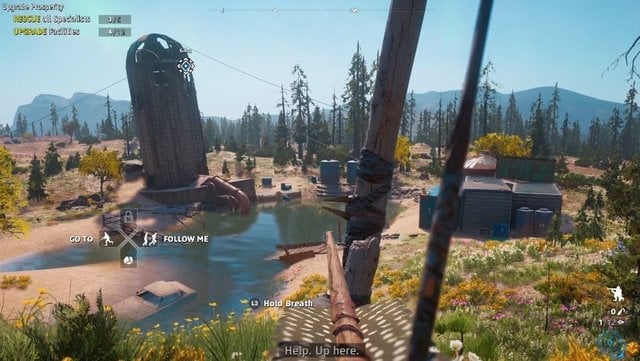 Go south-east until you come to the small river. Here is a crash site and if you follow the smears of blood to the banks there’s a body by a note. The note gives you the hint that Jerome will be being held at the old Kellet place which will also add another waypoint for you to make your way to. 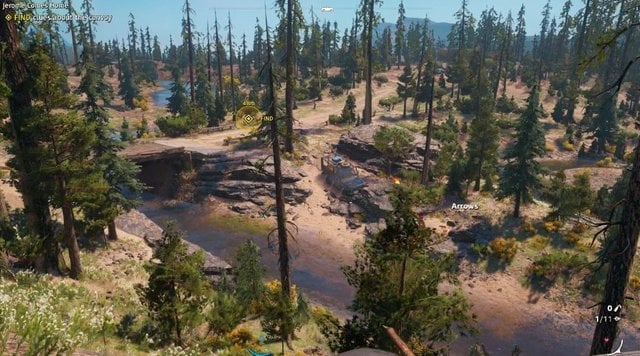 If you come around from the south side of the truck you can free Jerome without entering conflict as long as you’re sneaky enough. This will have him aid you in the fight in taking out the rest of the enemies. Either way, he won’t talk until everyone in the area is dead so get rid of all the highwaymen. 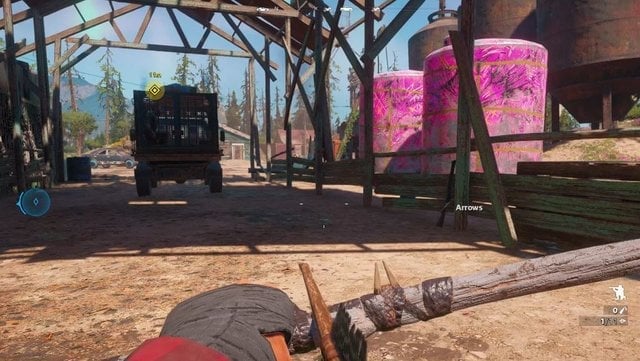 Once you can, talk to Jerome and he’ll tell you they were going to take him to the old Rye house for some torture and he wants our help in liberating the people there.

You’ll have another waypoint to head to so take one of the cars around here (if it starts beeping, get out because it’s booby-trapped) and head to the Rye house with Jerome. 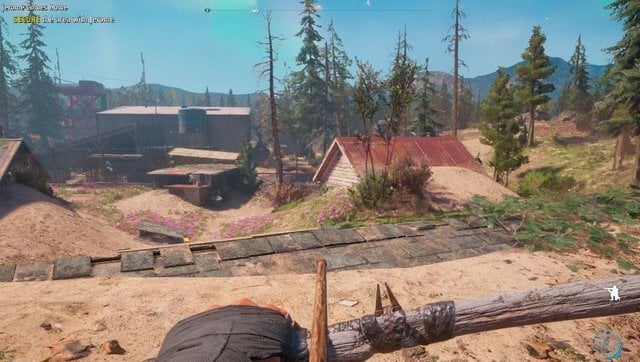 There are several hostages in this area you may want to save as well and get the extra perk points. The first is in the semi-open shack with the slanted roof. They’ll have at least one guard on them so you’ll need to take them out without being seen to save the hostage. 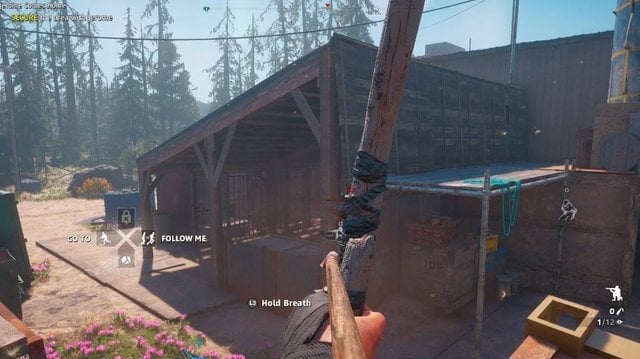 Another two are around the other side of the same building, being guarded by two more men. There are other guards walking around as well and some of them will be armoured so be careful.

Once you’ve taken out all the enemies here you can talk to Jerome once more. Jerome and his shotgun will join your roster. When you call Jerome he’ll arrive on his motorcycle so you can use it if you need to. As he levels up he will also gain the ability to try molotvs and use incendiary ammo.