1 star. No real threat at all. You can stumble upon some cops while driving. But instead of shooting they will mostly try grabbing you out the car and busting you. But let’s be serious. There is a very low chance of it actually happening since you’re gonna drive non-stop most of the time. 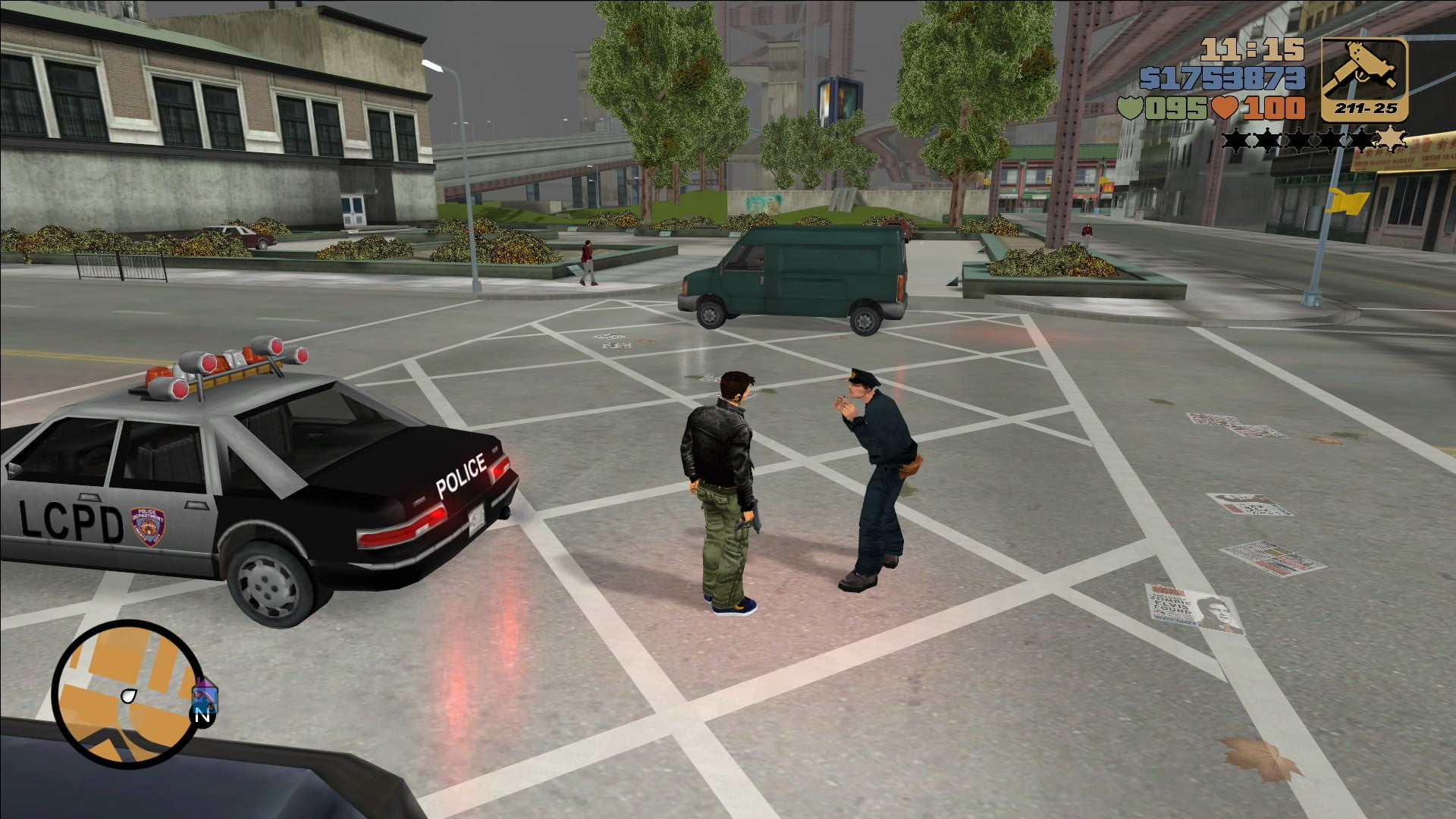 Now, if you’re not in a car. They will try punching you. And the damage of course is as low as falling from 1 feet in the air. And also Why not give them Batons? It just looks so weird. 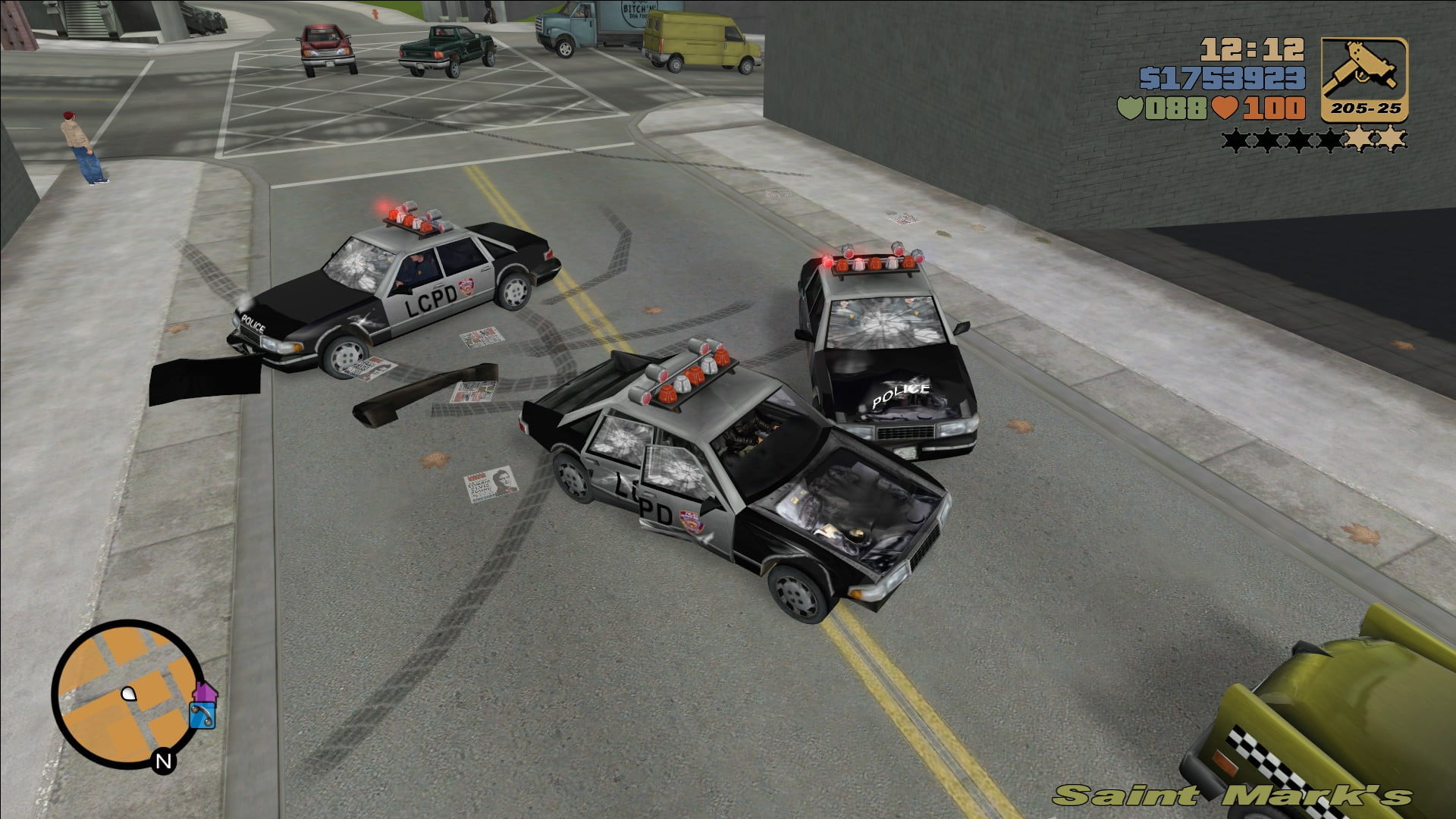 Now here is were the REAL threat begins. Police now chase you. And they are pretty aggressive. They bump your car pretty hard and they will not give up doing so. They do it until your car is on fire. And they will sometimes keep smashing into you so you won’t be able to exit the car. At this kind of heat. You can find more cops on the streets. Instead of chasing you. They shoot your car so it would blow up. However, the big minus is that only 2 cars spawn.

Cops also use pistols which is also a bigger threat. Instead of just sitting in one spot and shooting like in vice city. They run up to you and shoot you so they can output more damage. And they will mostly get out of their car to shoot you (only if you’re not in a car of course). or they will just hide behind some cover and try shooting you.

Overall 2 star wanted level is a way bigger threat than 1 star. And is also harder to escape. However, you can indeed still escape without using a pay’n’spray. 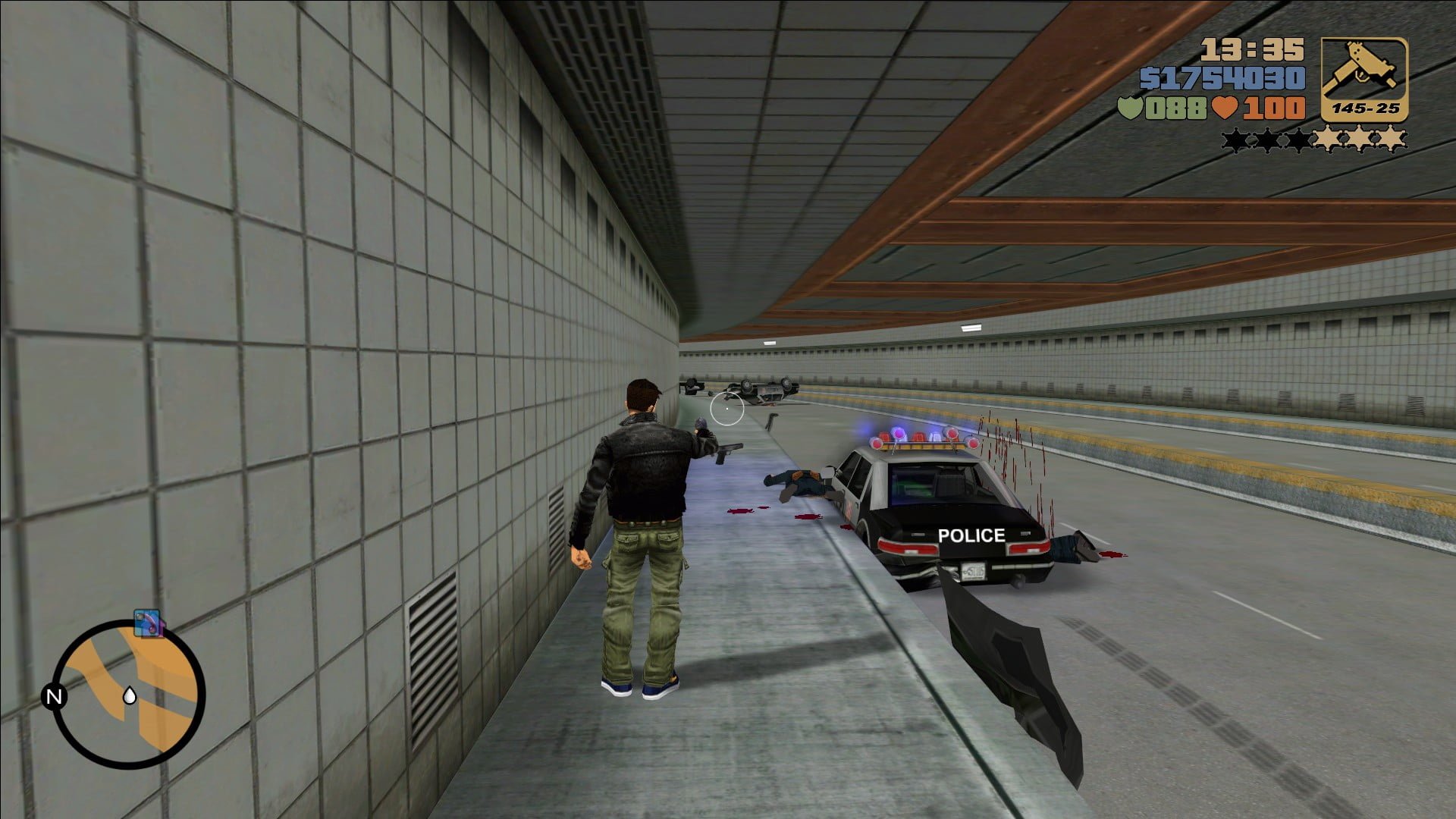 So, in 3 stars there are still police cars wondering around. And they are way more aggressive. They try bumping you/and killing you as quickly as possible. Chases are super hard. There are also way more cops in the streets. 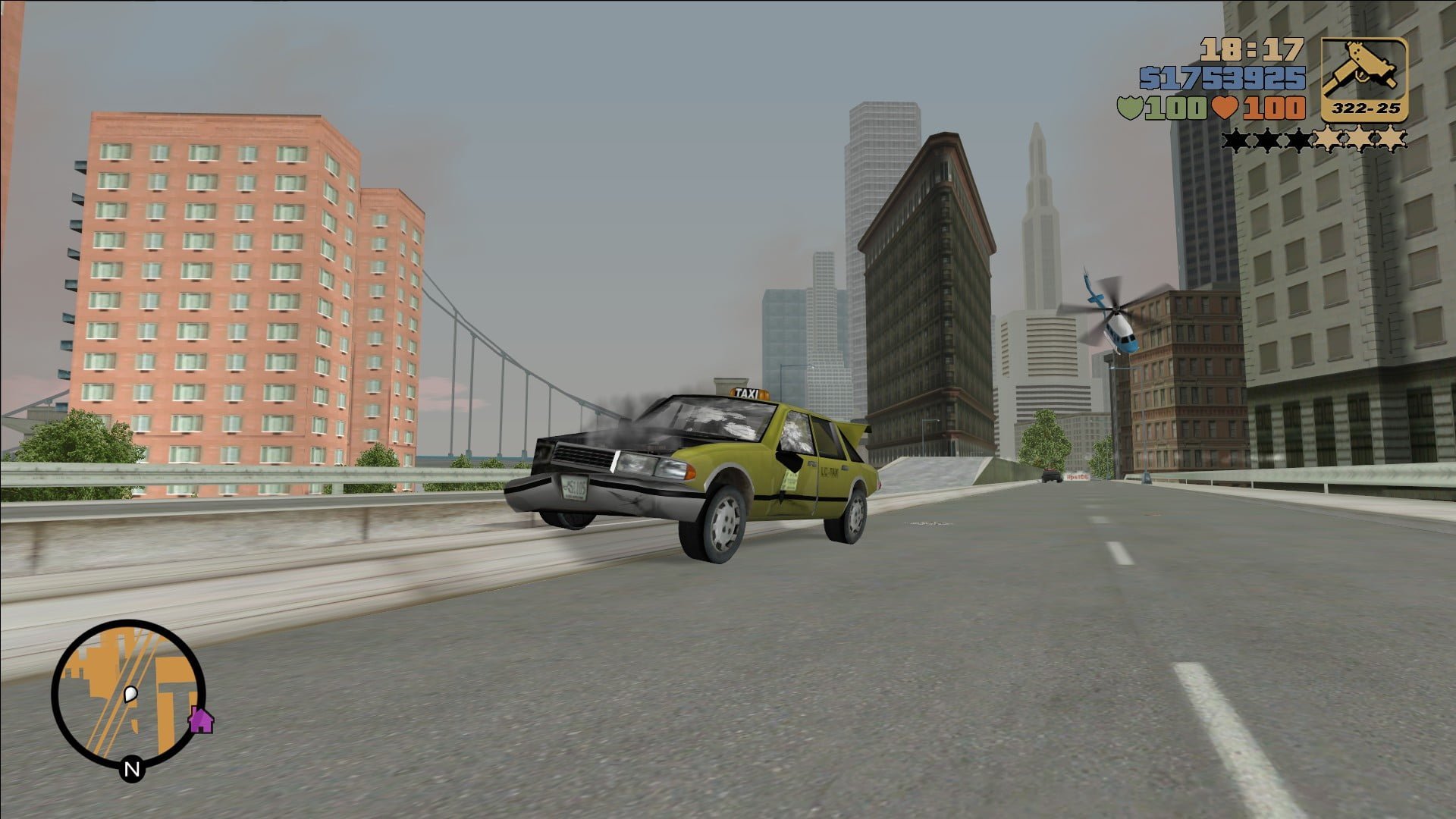 at 3 star wanted level. A helicopter appears. It basically chases you (i think) making it easier for the police to spot you and is also the only reason it’s hard to escape a 3 star wanted level WITHOUT using a pay’n’spray. Oh yeah, when some seconds go by. the heli will start shooting at you. It can be dangerous since these guys have a solid amount of range. And can explode your car.

not much added in this wanted level. But the heli makes it harder to escape. 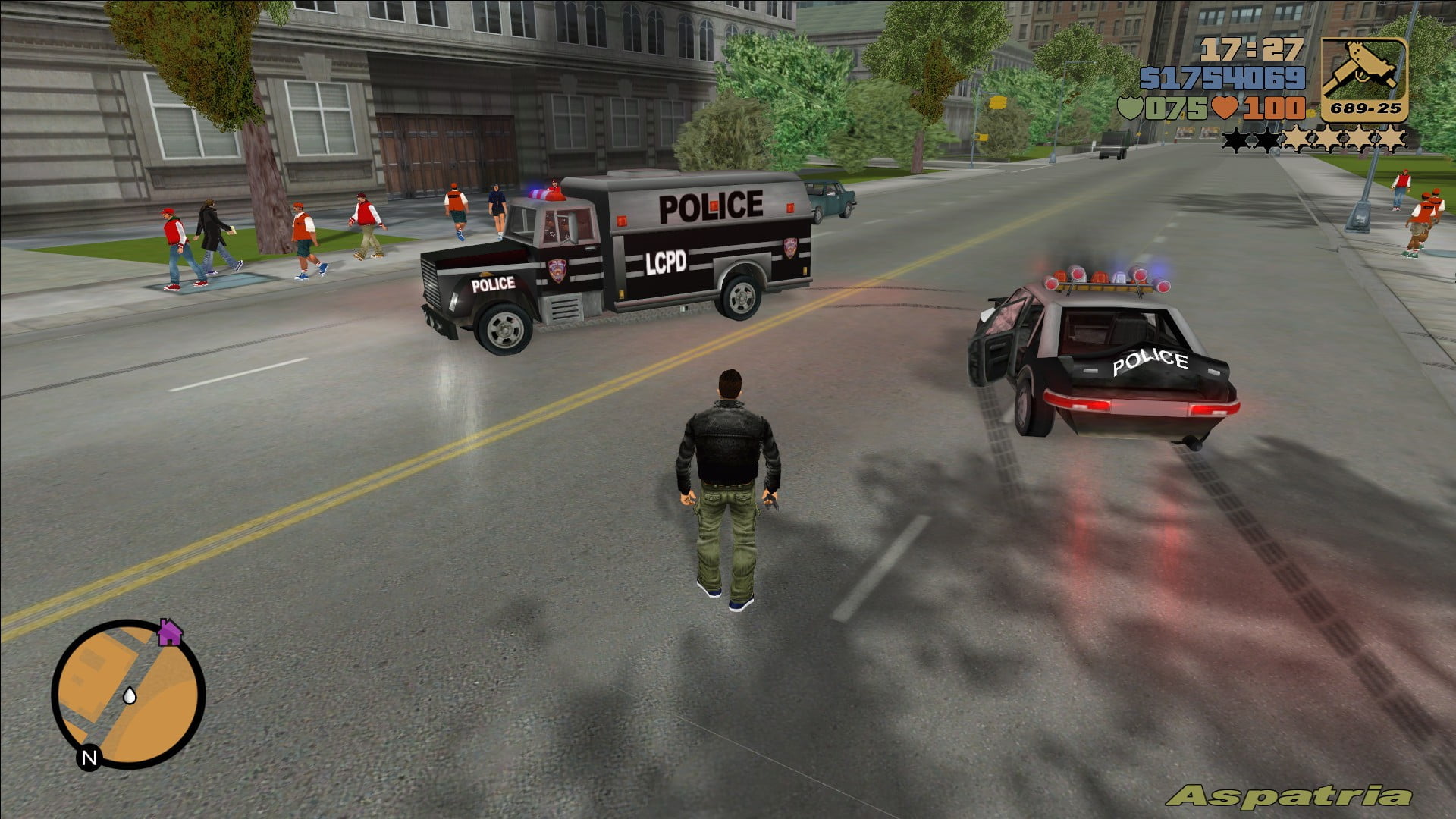 Now we got to the point where swat show up. And yeah, they are a solid threat. Even tho it’s actually very rare to see them in this wanted level. Their car is pretty strong so try avoiding them. They’re pretty good at cornering you. However, until that happens you’ll just escape from them and police will mostly take over.

Now let’s get to the swat themselves. There at least how i know. 4 of them in each swat vehicle. They are a tiny tiddy bit tougher than the default police. Their weapon is an uzi. And they can also run up and shoot. But again. They mostly just try getting cover by hiding behind police cars. 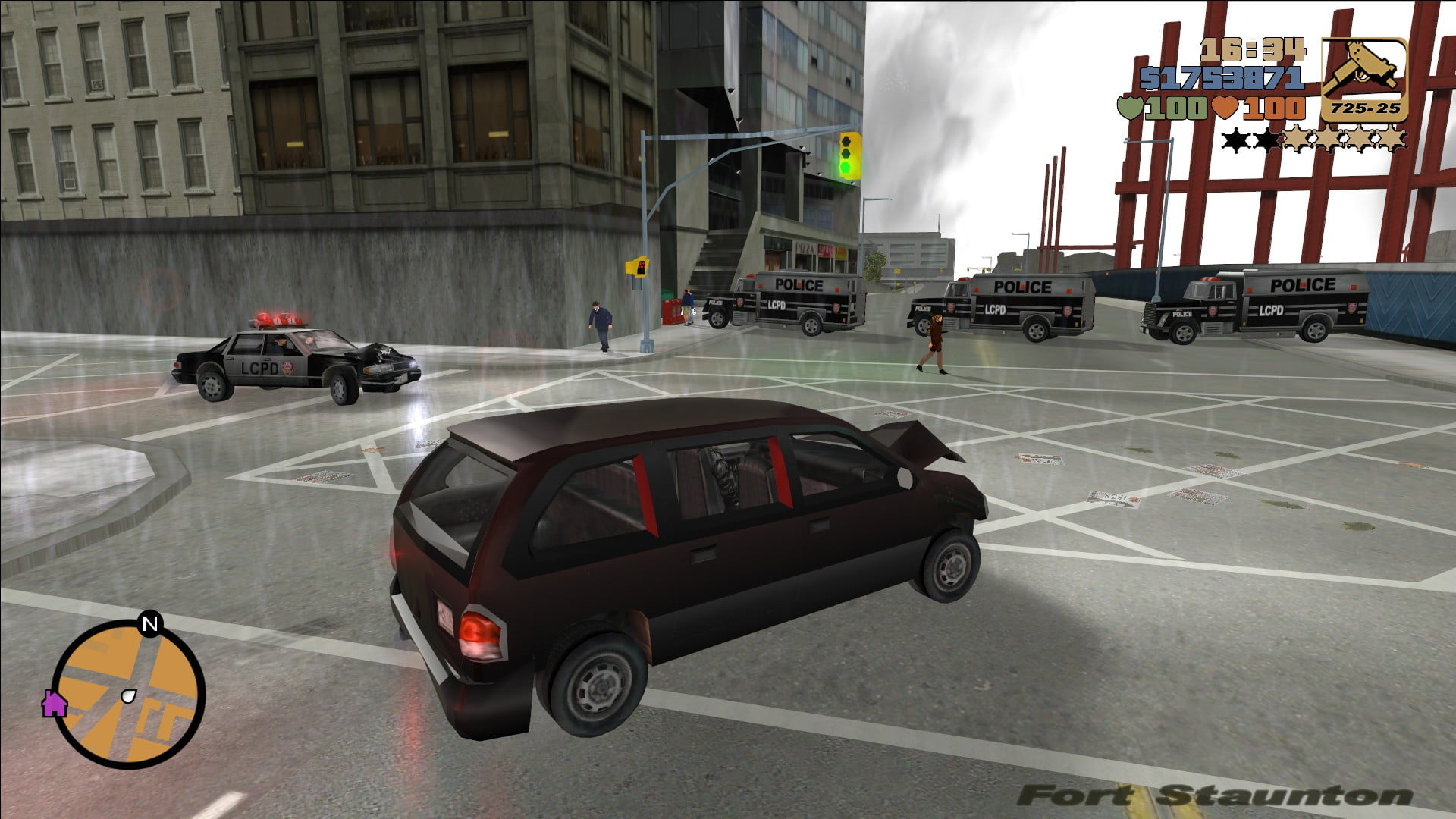 Swats would also barricade some roads with their car. But it’s pretty rare.

and again. The default cops are more aggressive. And there is even more cops in the streets. 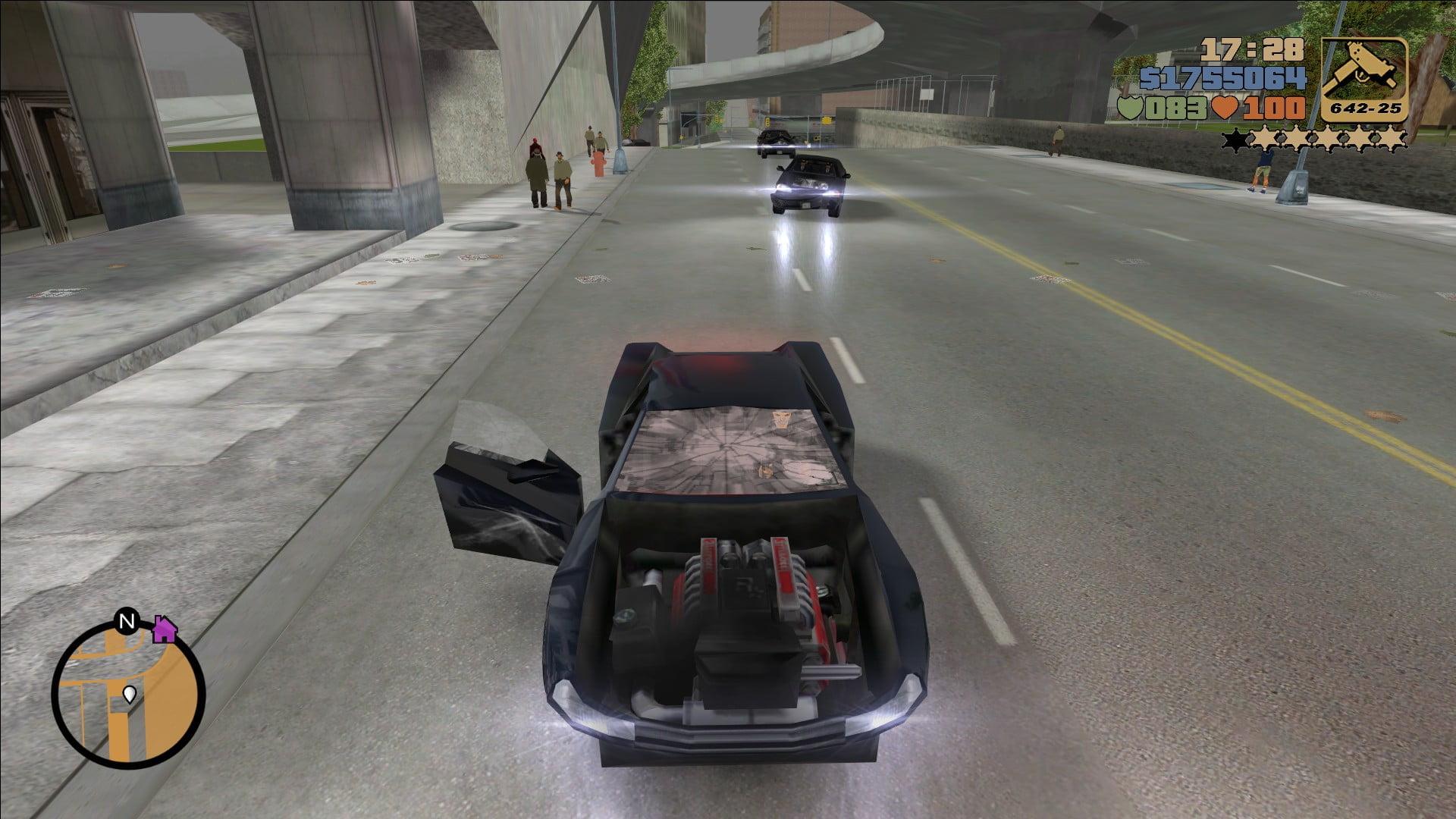 Now all the cops are replaced by the FIB. They drive very very fast kurumas. And they are very aggressive. Sadly, there can only be 3 kurumas chasing you at a time. 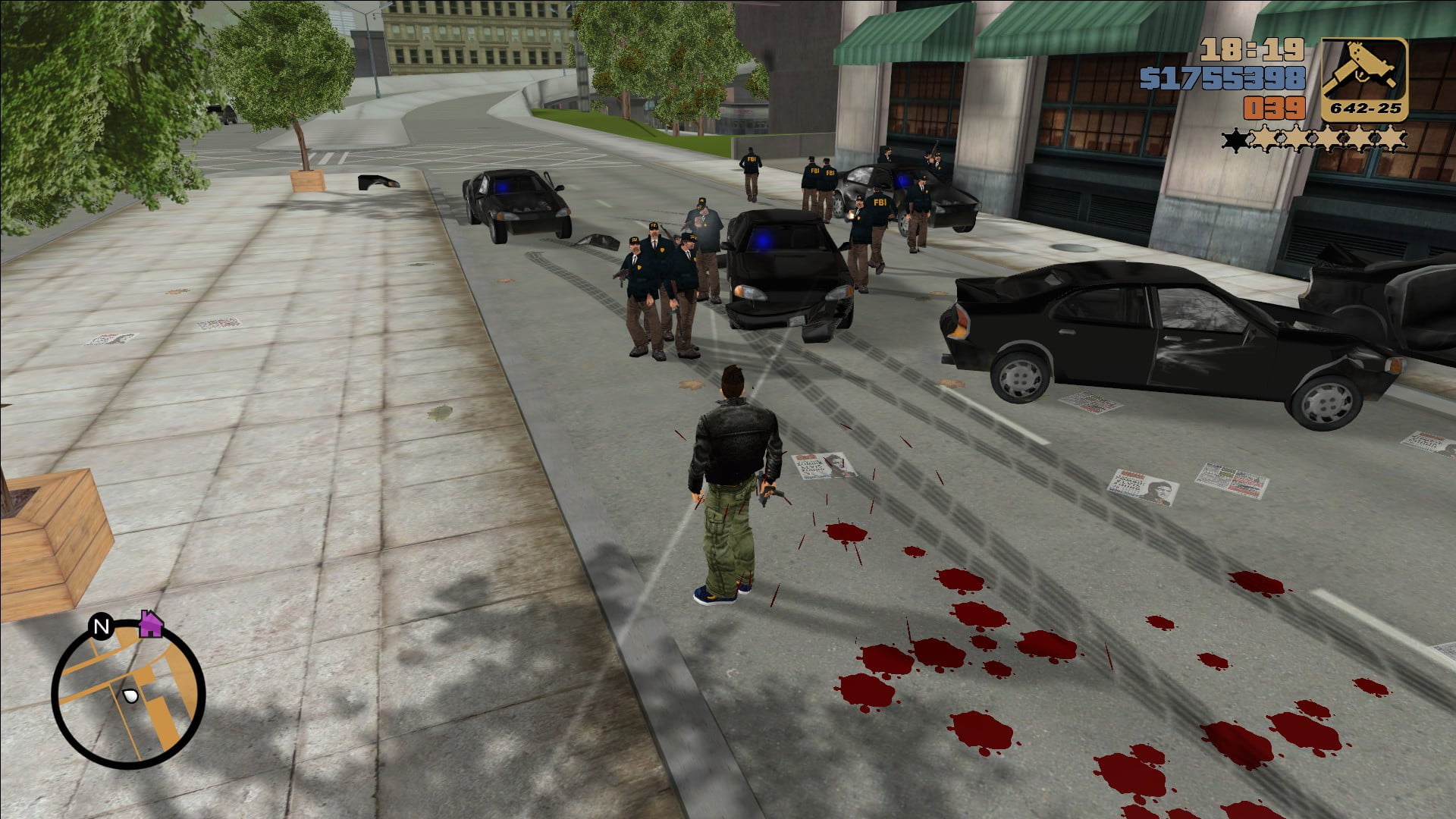 They’re equipped with ak-47’s. So you better not walk with your 2’s. And also did i mention there is 4 of them in each kuruma? These guys should not be ♥♥♥♥♥♥ with. They’re a big threat in shooting and chasing. 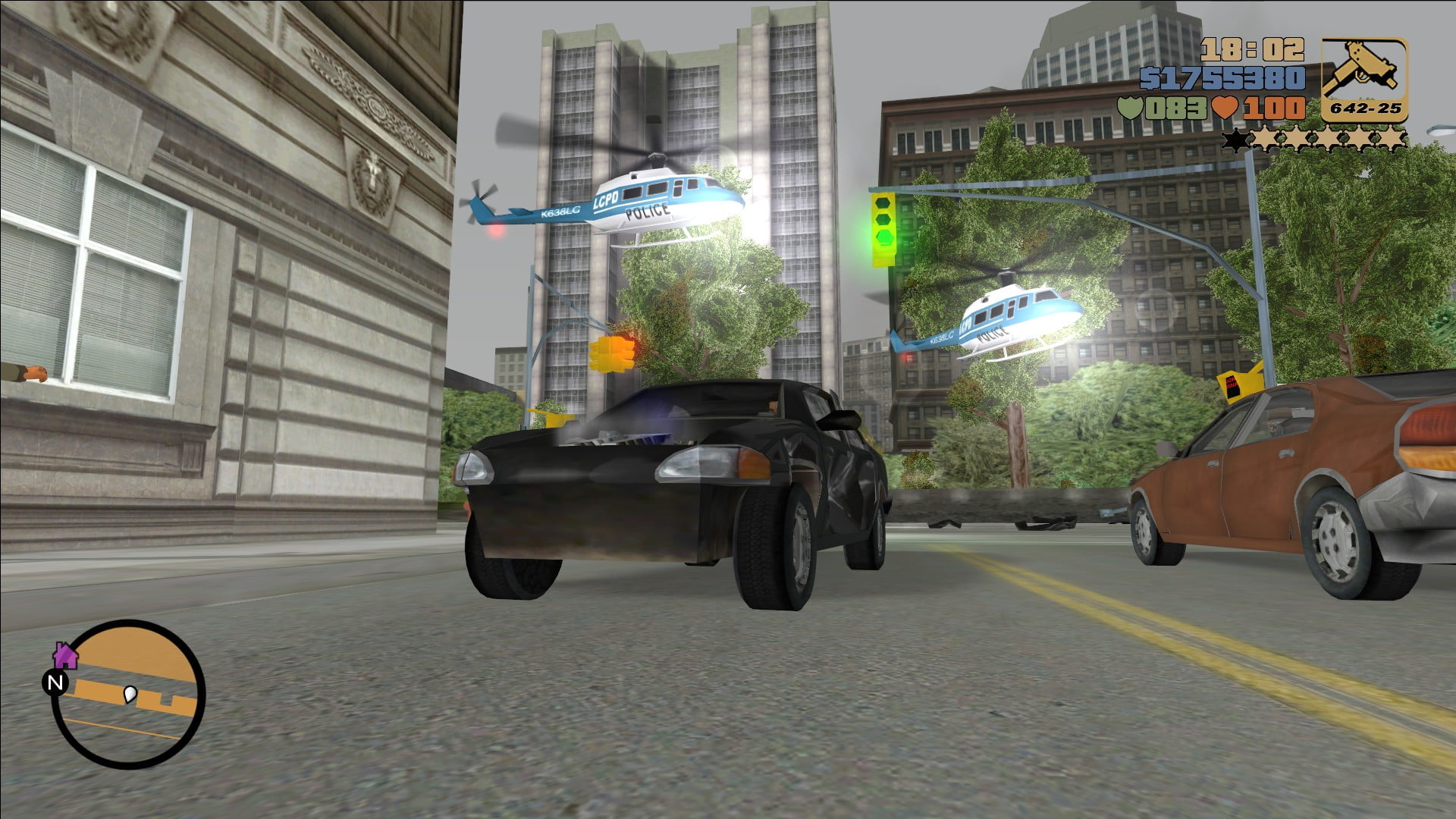 Oh yeah, there is now 2 helicopters instead of one. Making it even harder.

so yeah, 5 stars is neither easy. 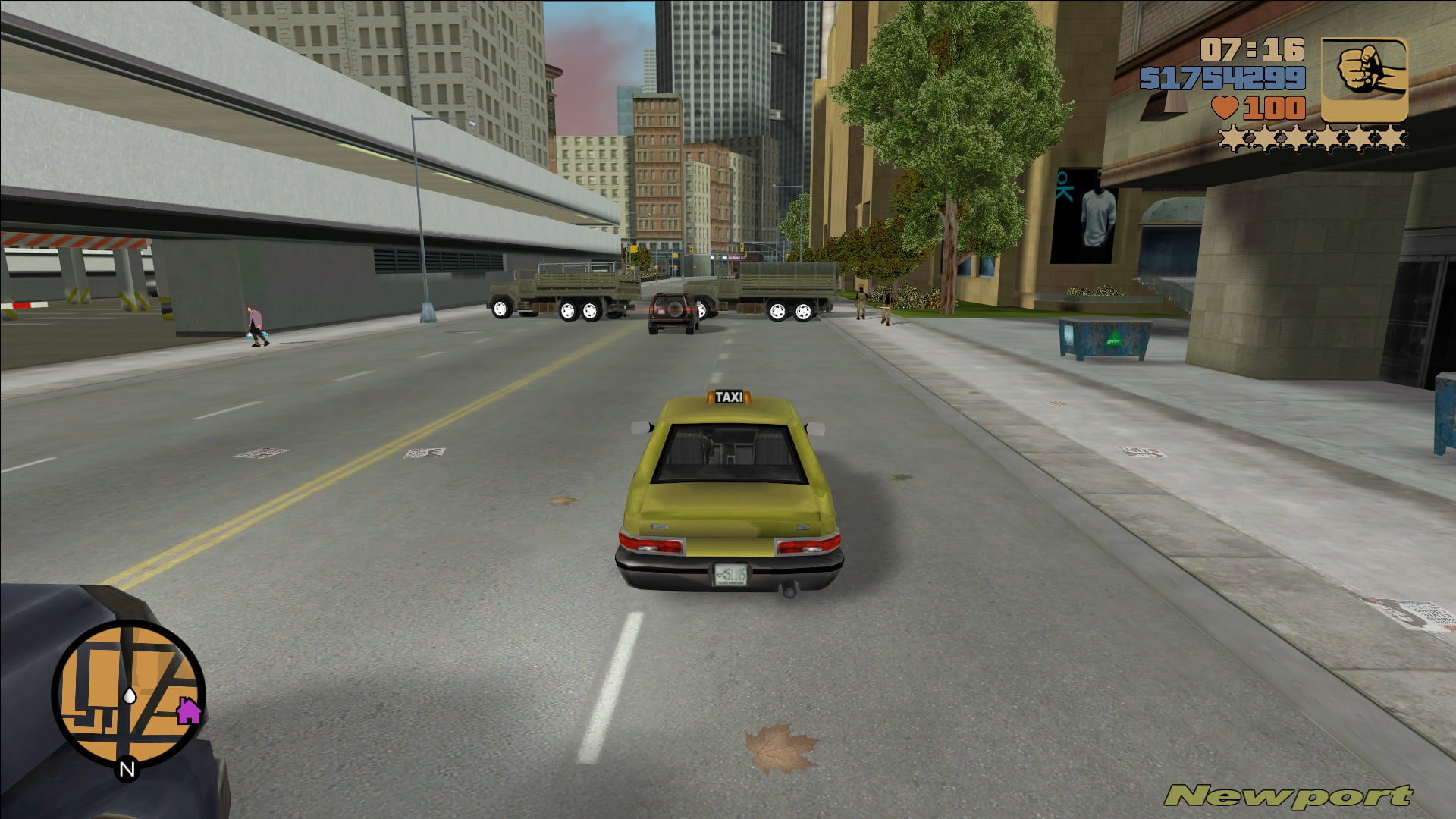 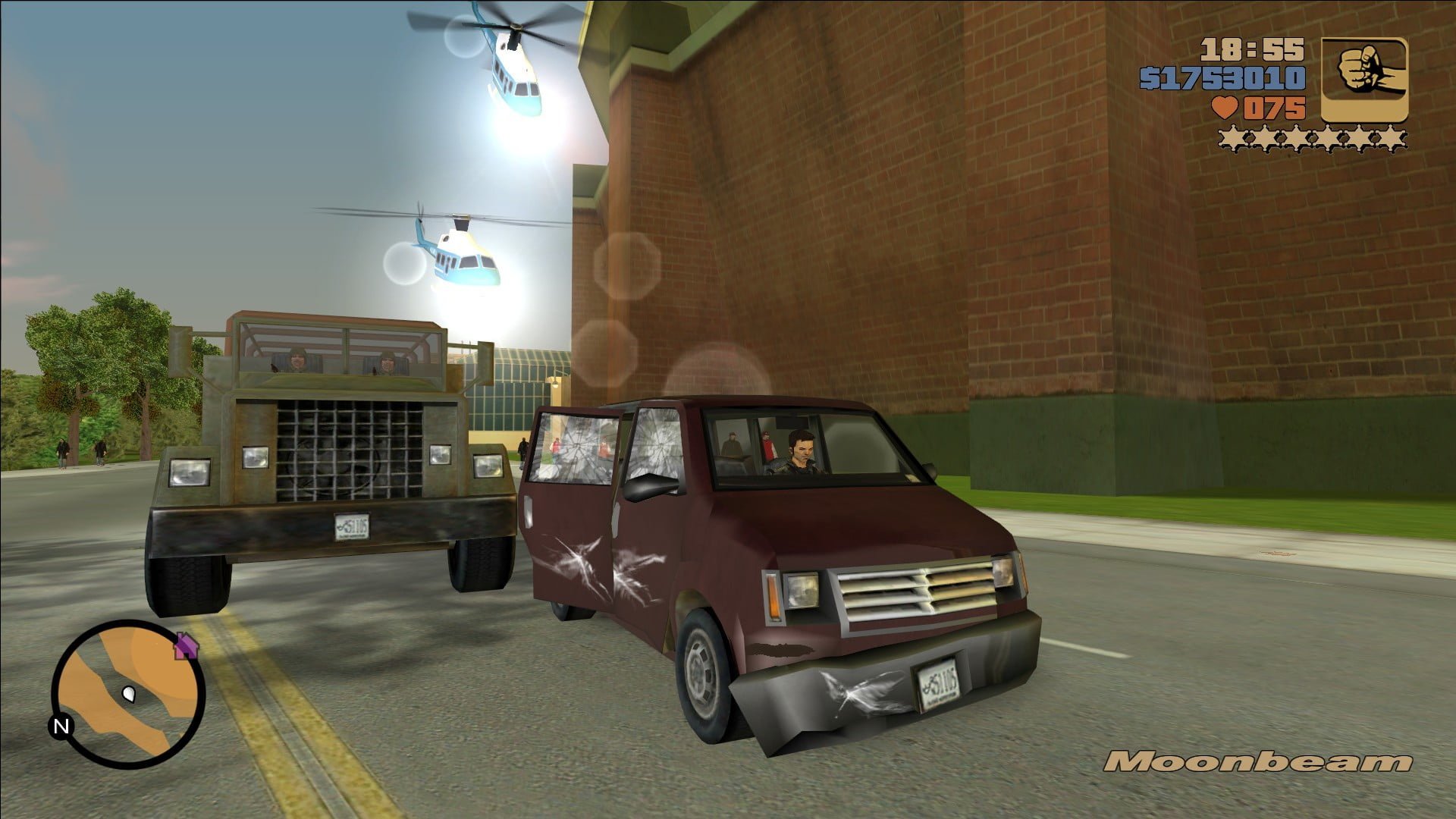 The military also drives these trucks. I don’t know why. But they’re pretty aggressive. 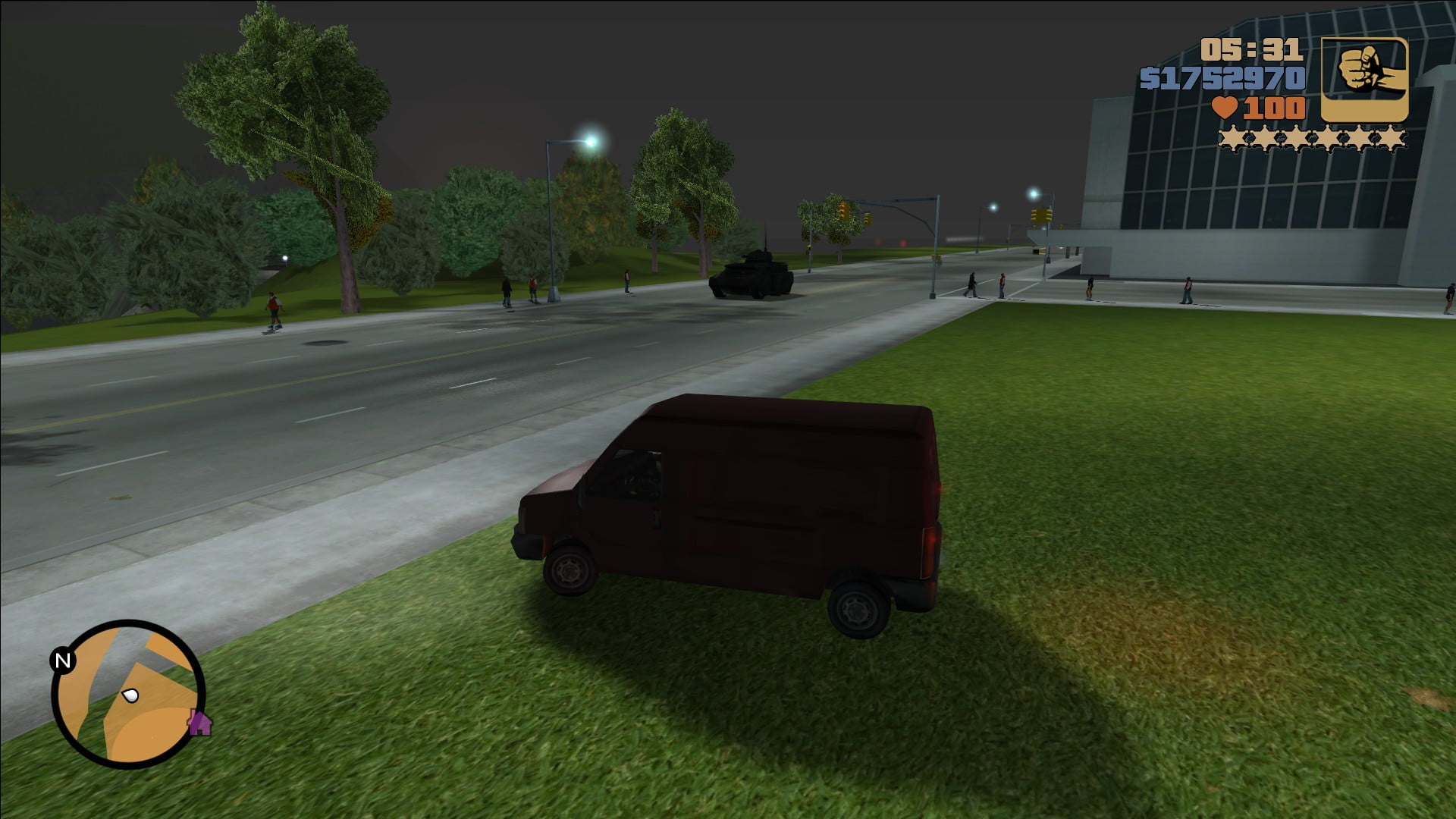 So, the rhino aka the tank. Do not even touch it. If you touch it even a singular bit. Your car explodes. They are also aggressive. And of course. Try running you over. 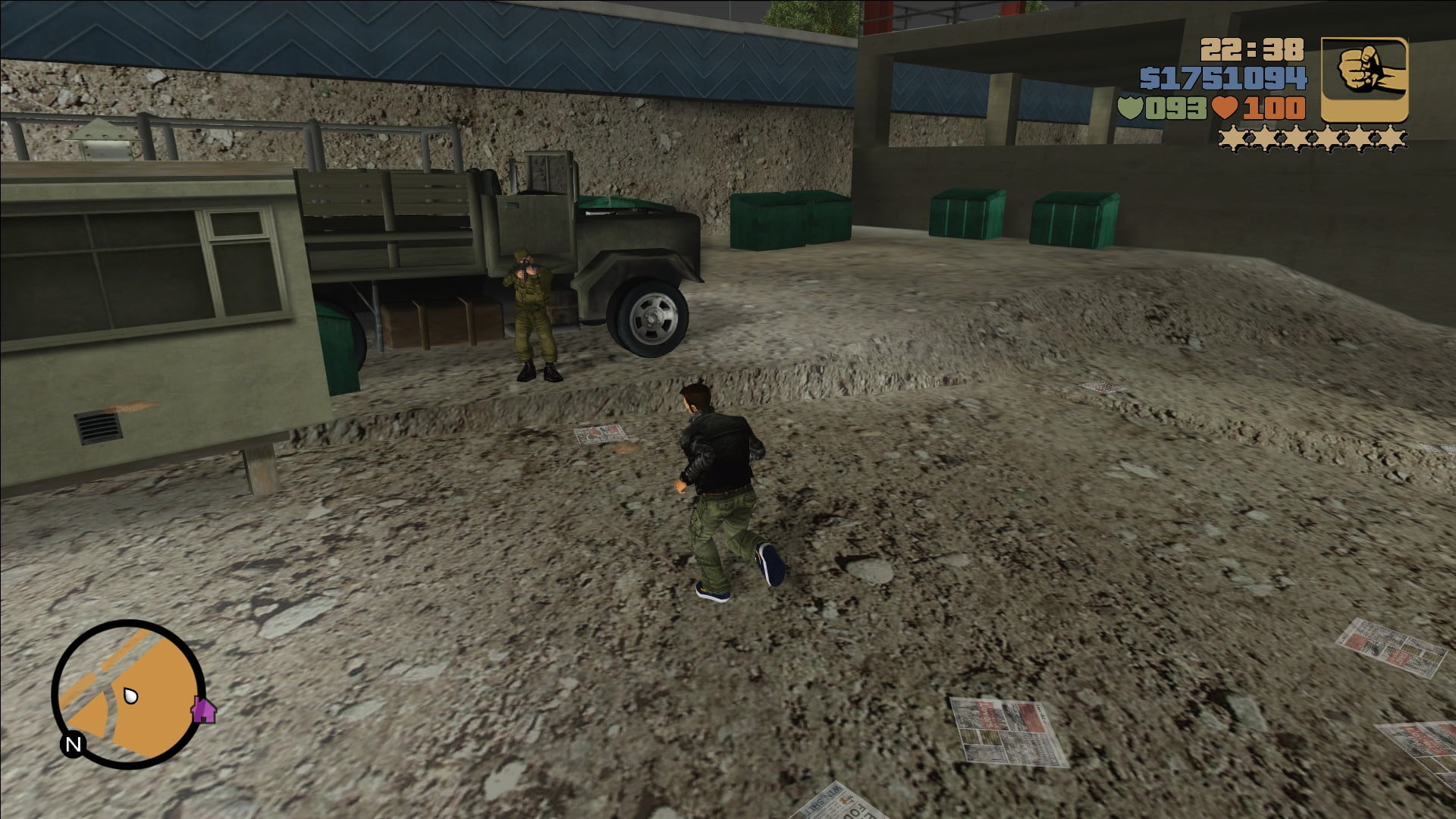 The army guys are the second big threat besides the tanks. These guys shoot fast and kill you fast. Even if you have 100 armor. He will still obliterate you. So make you have some backup car until they shoot you.

6 stars is impossible to escape.

Still to this day. Gta 3’s cops are still the most aggressive.