Indivisible is a hand drawn action RPG platformer from Lab Zero, creators of the critically acclaimed Skullgirls! Set in a huge fantasy world, Indivisible tells the story of Ajna, a fearless girl with a rebellious streak who sets out on a quest to save everything she knows from being destroyed.

How To Jump Higher

Your initial jump is very limited on height. You can unlock new skills and abilities as you progress through the game, allowing you to reach higher and higher locations. This has many uses, including the discovery of new areas, items, and characters.

Axe Hang
This is unlocked very early in the game, just after you collect the axe. It’s part of the story and cannot be missed. You simply jump and press Square (PS4) or X (Xbox One). You can only do it once per jump but it can be performed before or after a wall jump.

Pirates Leap (Spear Jump)
Once you complete Port Maerifa, you will get a couple of new companions and a Spear. Once you clear the blockade of enemies at the end of the level, Baozhai will teach you this ability. You simple push Down while holding X (PS4) or A (Xbox One). This gives you a higher base jump. Can only be used when on solid ground.

Where To Find Pre-Order DLC Items

There is one special in-game pre-order item Roti. I mistook this is a playable character, but it is not. Roti is the small rodent like creature that follows you around the game. That’s the pre-order bonus. If you pre-ordered the game in the allotted time, the pet will automatically appear and follow you around in-game.

Users that pre-ordered the game on Steam get a selection of skins that can be assigned to specific characters.

How To Open Red Doors On The Fortress

This allows you to use the elevator, which is directly tied to story progression, and it also lifts all the red security barriers blocking the other doors. And that’s How To Open Red Doors On The Fortress In Indivisible.

Want to know how to unlock more characters? Each character in Indivisible has their own unique selection of attacks, abilities, strengths, and weaknesses. It’s vital that you build a balanced party that can overcome the various challenges the game throws at you. Some characters are basic, others, more complex.

Where To Find The 3 Resurrection Lilies

How To Get Past Tree Roots 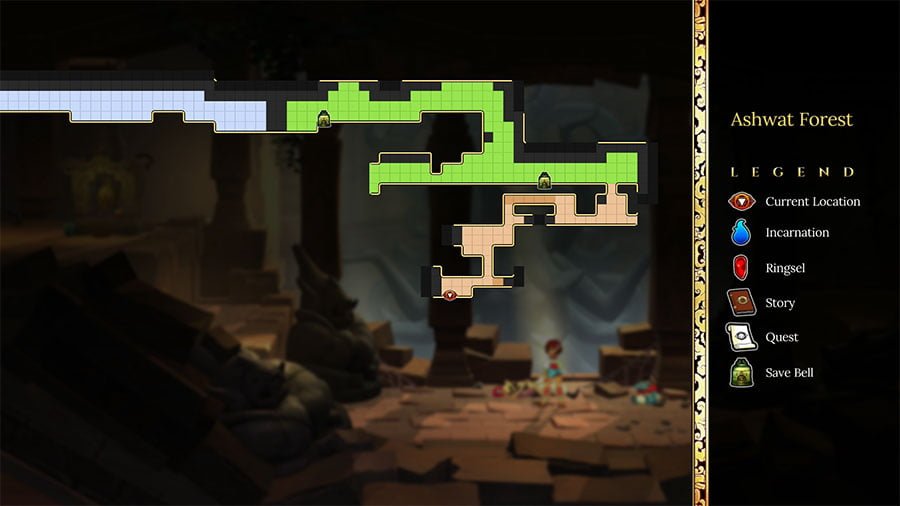 In order to get past the tree roots in Indivisible, you will require your Mom’s Axe. This is a special item, one that is integral to the story progress. Unlike some other items, you cannot miss the axe. It’s something you must obtain in order to progress.

Just follow the path past the first tree roots you see. You will reach the axe before long.