Pathfinder: Kingmaker – The First Step on the Road to Glory Walkthrough

The First Step on the Road to Glory Walkthrough

In the beginning of the game, talk to Jamandi, the Swordlord, and then leave the big hall through the passage at the bottom-right. Wait for the game to load.

The castle will be attacked. Kill the first enemy that appears in the room, and then go after Linzi. Inspect different rooms, dealing with numerous killers and collecting useful items. Soon you will be joined by Tartuccio. He will give you a ring, and if you take it and put it on your finger, then at the end of the quest the liar will find a reason to accuse the main character.

Going forward, it worth mentioning that no matter what choices you make, Tartuccio will try to set up your hero, accusing him of treason, and Jamandi will decide to send two squads to the Stolen Lands. On the other hand, your actions and dialogue choices at the end of the quest determine which characters will join your group.

Those can be arbarian Amiri, bard Linzi, a dwarf called Harrim, fighter Valerie and rogue Octavia.

Go further and get to the opened arsenal. Search it and inspect the small box on the table. Tartuccio will offer to steal whatever is in there, taking 210 gold coins. This money belongs to the local guard, and if you take it, the villain will be able to blame you for this instance as well.

Next, you will find yourself in a corridor with some traps, where you will be acquainted with another warrior. She likes to act directly and set the priorities straight (for example, in the future, she will want you to help Jamandi instead of saving the guard, but in that case you will lose Valerie’s respect and she will join Tartuccio). Go through the corridor, neutralizing the traps on your way with Linzi’s help. 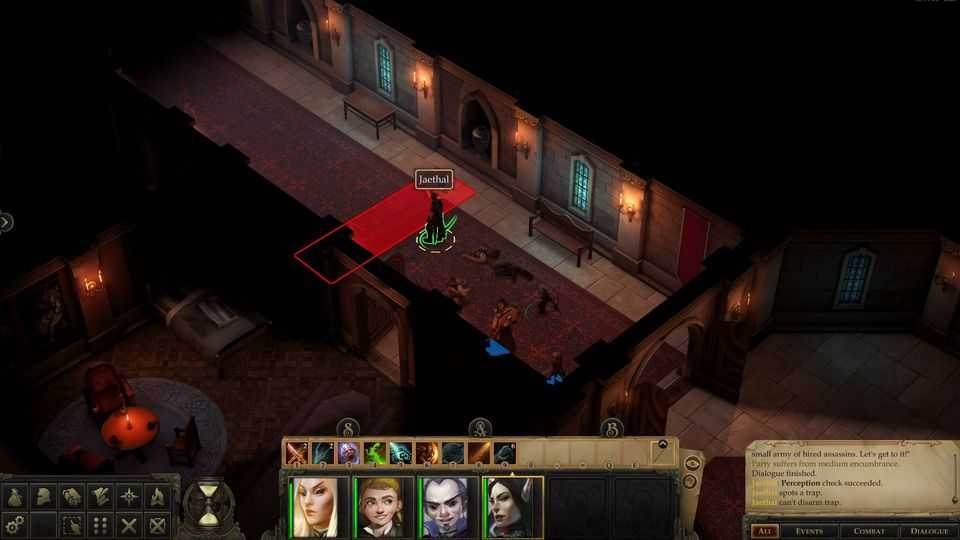 Soon you will see a couple more murderers, who are discussing Jamandi’s secret stash. After eavesdropping on them, you will receive a side quest called A Secret Room.

Go out into the yard and talk to dwarf Harrim, convincing him that his wounds are not lethal. He will join your group.

If you go down and into the place that looks like a storage room, then to the right of the entrance you will notice a secret lever. Interact with it to open a stash will some nice loot. 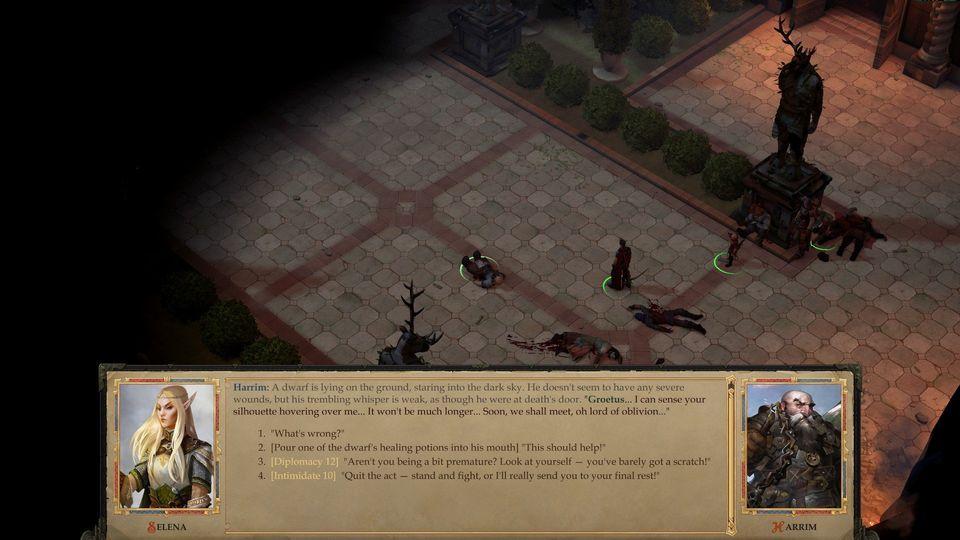 Head to the upper left corner and talk with a local guard. Pour water over yourself and go into the fire. If you decide to stay a look for a safe passage, the wall will fall on you. However, it is quite easy to dodge. Next, you will have to make a choice, which we mentioned above. Save the guard or ignore him.

Help Jamandi in battle, search the dead bodies and watching a cutscene to complete the quests. Try to justify yourself to Jamandi, but despite some clear evidence against Tartuccio, she will send two squads to the Stolen Lands, just like we told you in the beginning. 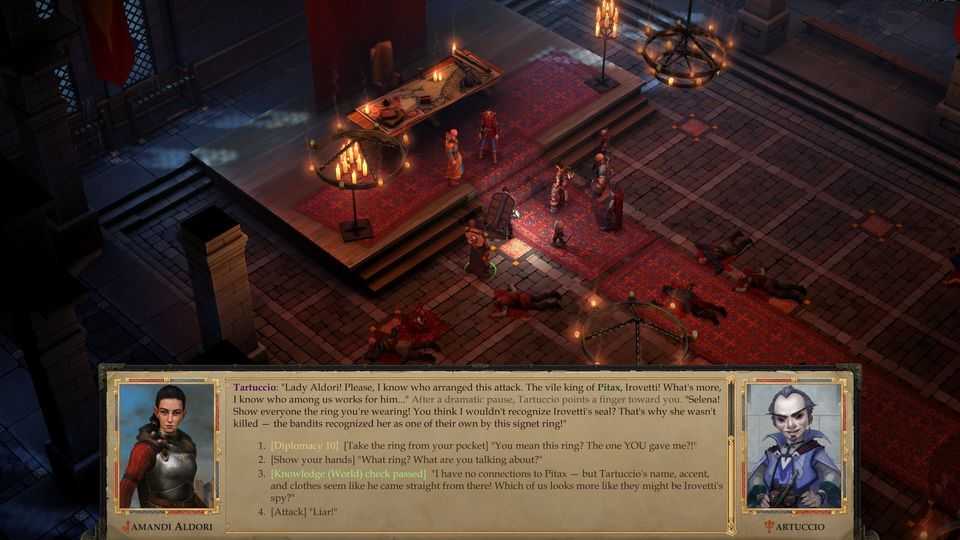