This is another story quest, which takes you to the Stolen Lands, where you will fight with the Stag Lord. Since there are two groups going there, the paths will be different, and yours lies through Oleg’s Trading Post. Just move to the left two times. There may be some random encounters with enemies or neutral NPCs on the way. 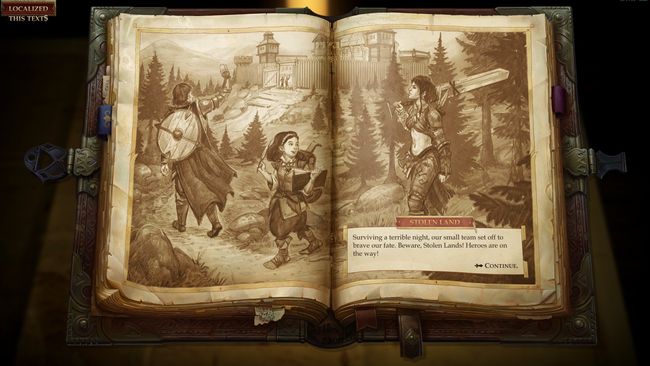 Once you are there, go up and to the left, and fight with some outlaws. Then speak to Oleg and agree to help him.

There are boxes to the left of his store. One of them contains traps – interact with it and choose the option to set the traps. Proceed to the left again and find some tar next to the fence. Pour it near the entrance to the yard. 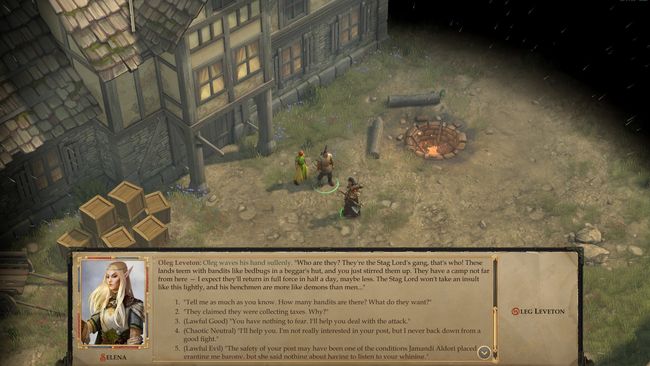 Now you can trade and then fight with some enemies. Traps and tar will ease the encounter. Upon completion, head inside, climb up and lie on the bed. You will be rewarded with 100 coins for your help.

Rest is important in this game since tired and overworked characters will lose strength and will not be able to carry much stuff.

After a good sleep, go down and talk to Oleg. Anorelle Eight Eyes will appear in the shop. She will not want to join you but can summon some mercenaries — for 2000 coins each. You probably will not have so much money right now.

Oleg’s Trading Post is more of a headquarters, a safe place where you can do many things: help out the inhabitants with side quests, redistribute your squad, skills or attributes, rest, etc.

Go to the Thorn Ford location, which is located below and to the left of Oleg’s Post. 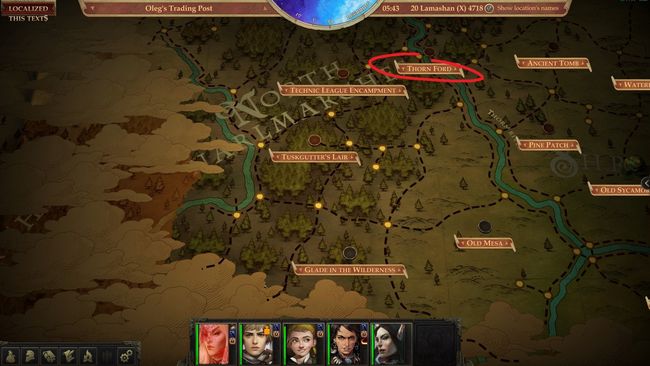 It will be marked on your map with a round dark spot. In general, all the locations associated with quests will appear on the map if you already know about them. You only need to find the right route. 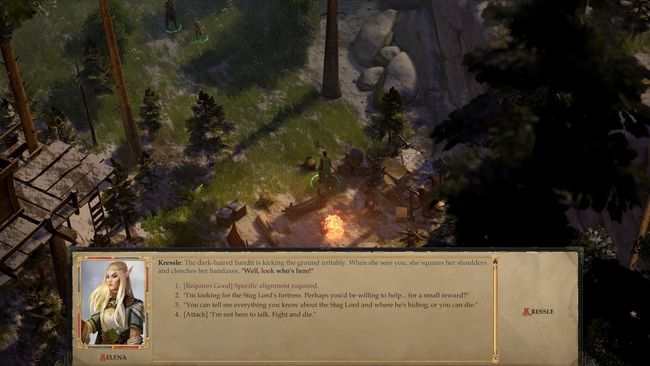 Proceed there, go to the lower right corner of the map and destroy bandits. Read a letter from one of them to find out about some old house that the Stag Lord really wanted to burn down. 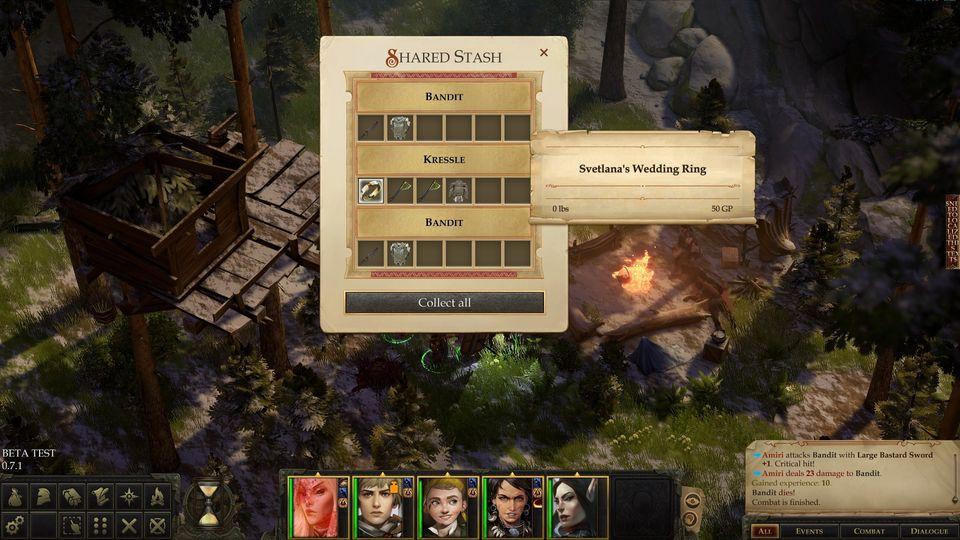 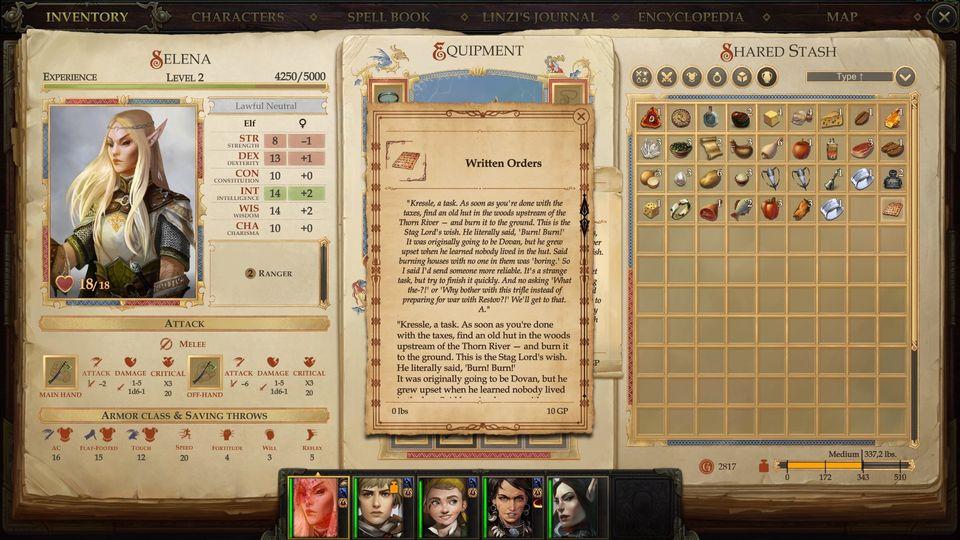 To do so, he sent his assistant there. The house will appear on the map — to the left of Oleg’s Trading Post or to the upper-left of the Thorn Ford. 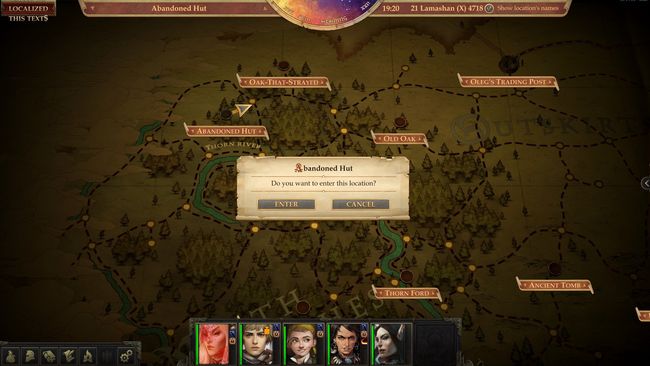 Once you are there, follow the Guardian of the Bloom. You will see some distant memories of how Stag Lord’s father treated him, and what the Stag Lord later did to his father. The exit is in the upper-right corner of the screen. There is also a hidden item in the destroyed wall close to the exit. It is a note that tells you the location of the Temple of the Elk. 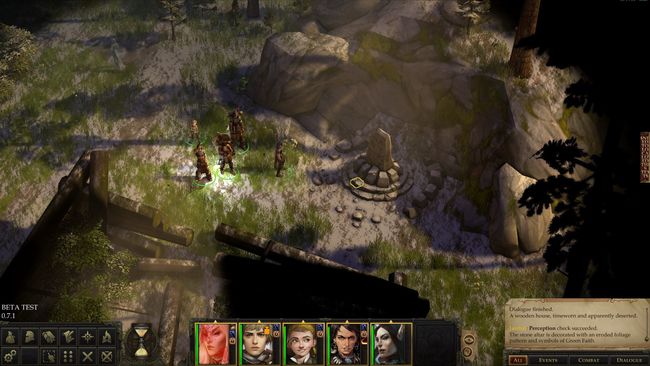 Leave the location, collecting all the items, then get down into the Temple of the Elk. 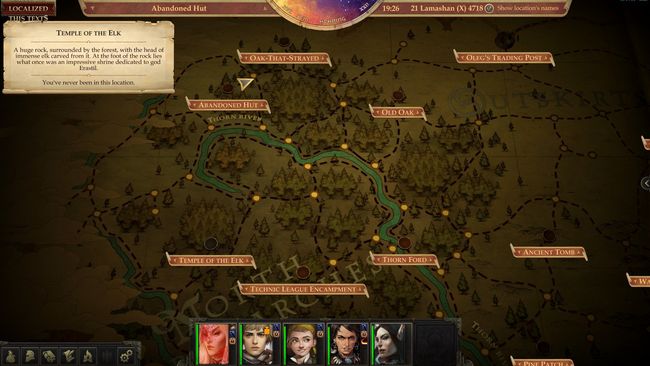 Defeat all enemies, and then talk to Tristian in the upper right corner of the map. Invite him to join your group. After he becomes your companion, you can find him at the Oleg’s Trading Post, where he must heal his wounds.

Go the Post and tell Jhod about the temple. 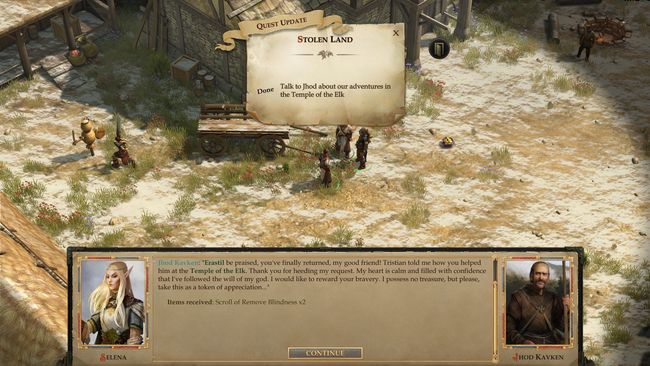 After a while, you will be able to attack the Stag Lord’s fortress. Head to the lower part of the area and attack it. Kill the zombies near the fortress, pick up some items and go through the gate (or break a hole in the fence on the left). 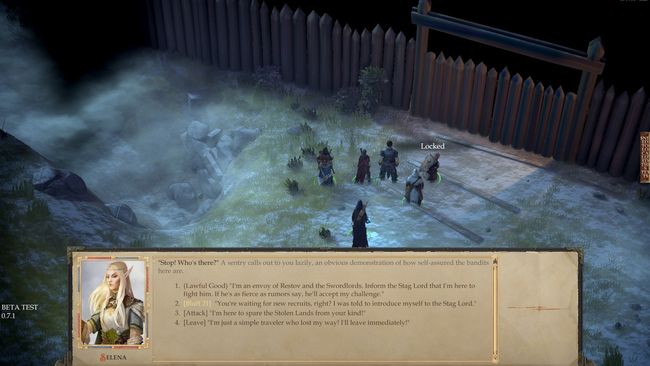 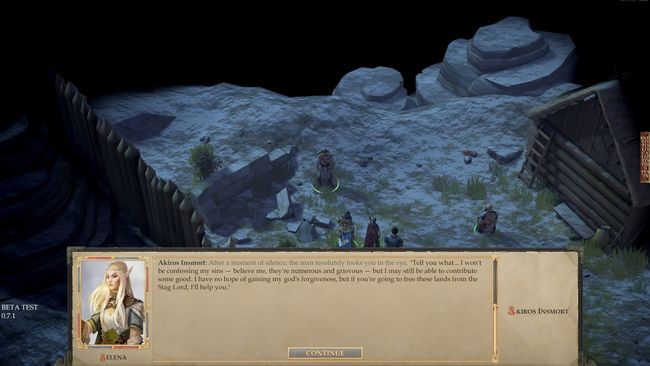 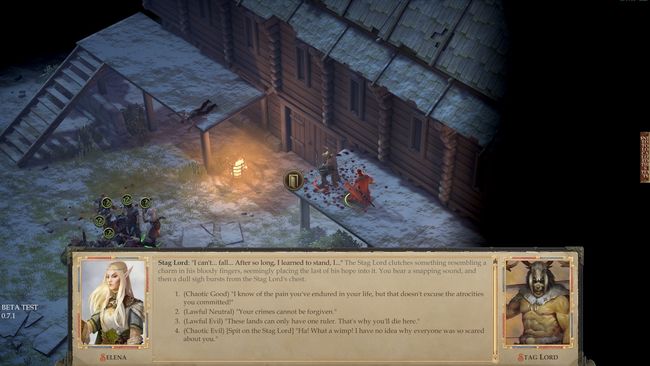 Deal with the outlaws and go up to the house of the Stag Lord. There will be many opponents, some of them are regular bandits and some of them are commanders in the Lord’s army. Kill all of them, including the main villain. Do not forget to pick up some useful loot. Inside the house, you will find druid Nugrah – Stag Lord’s father. You can’t even talk to him – he immediately attacks your squad when you open the door. Kill him if you like. 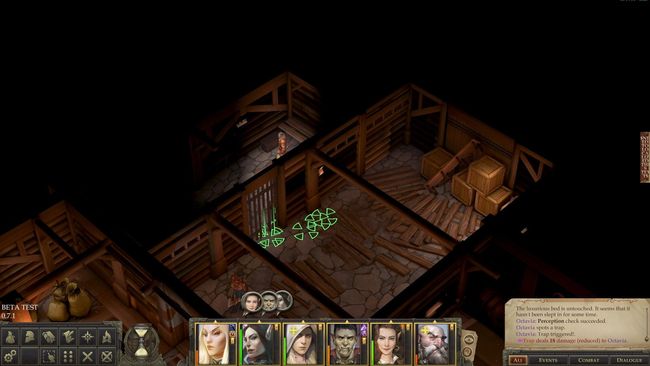 Then you should head back to the trading post and tell Oleg everything. From now on, you will become one of the three rulers of the Stolen Lands. You will automatically return to Restov and learn about the Swordlords plans. You will gain 800 experience points for this quest.