The following page of our guide to Red Dead Redemption 2 contains the walkthrough of the final mission of the game – American Venom. Sadie has a clue that could lead to Micah – Cleet was seen in Strawberry. John, Sadie and Charles head there, despite Abigail’s protests, to interrogate him and track down the enemy from years ago. 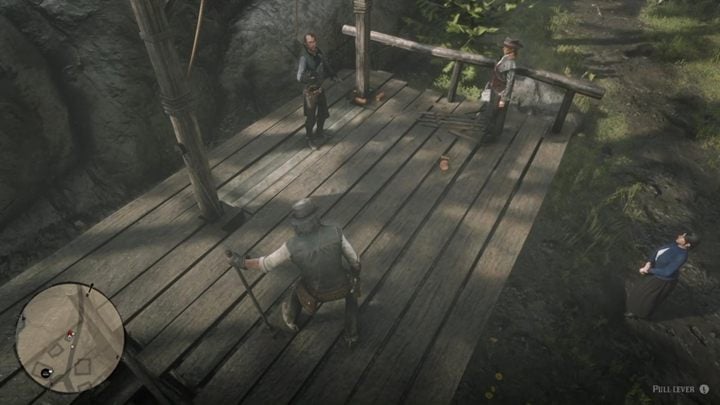 How to acquire a gold medal in American Venom? 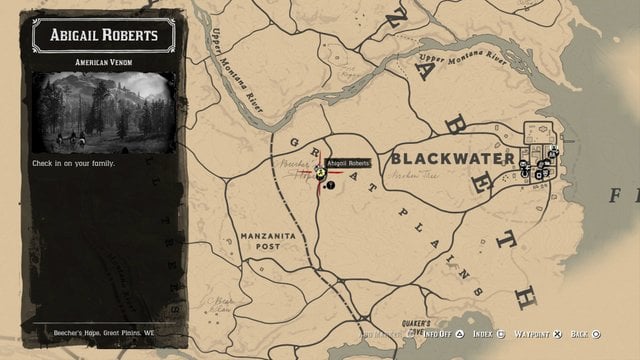 Start this mission by entering your home. A nice scene will play out of John with Abigail, Jack, and Uncle. The moment is fleeting – Charles and Sadie arrive with news of Micah Bell. 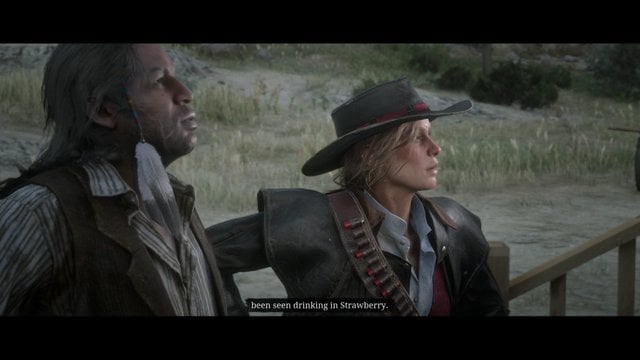 Abigail begs John not to go, but he does anyway. “I ain’t got no other choice,” he tells her once again. Get on your horse and follow Charles and Sadie to Strawberry.

They discuss what Arthur cared about, and of what he’d want. Charles says he may leave up north, start a family, and Sadie may leave down to South America to see something new – after taking care of Micah, of course. 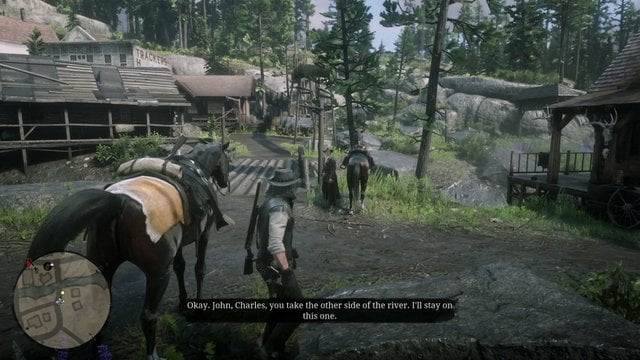 Leave your horse by the bridge, and walk right into town. Cleet is on the porch of the first house up front. Chase after him – but Sadie will catch him. 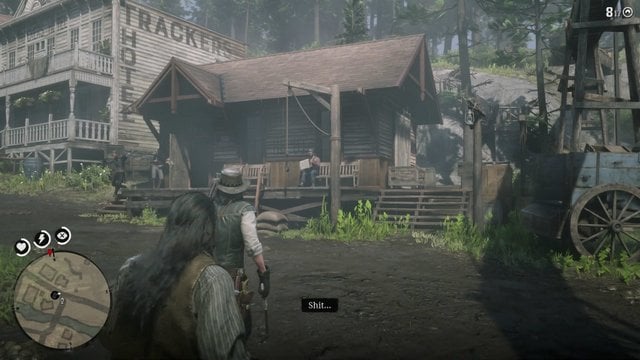 Beat up Cleet a bit at Sadie’s instruction. You’ll trying to get info about Micah out of him. Sadie will intimidate him with threatens of hanging while John hits him.

Drag Cleet to the gallows to intensify her ruse, and force him up the stairs. When he gets in position, put the noose around his neck. 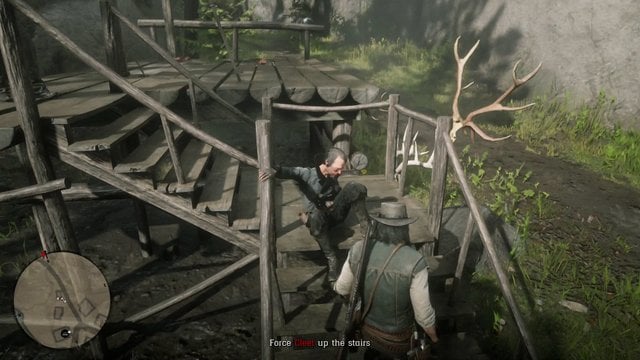 Walk to the lever. He’ll start babbling a bit. Pull on the lever a tiny bit with the L stick to push him over the edge. He’ll rat Micah out.

Sadie will tell you to hang him. If you don’t, you’ll gain honor. However, Sadie will shoot him anyway.

A cutscene plays of the three of you riding out to find Micah. He’s in the mountains apparently, and Charles mentions a watch tower. 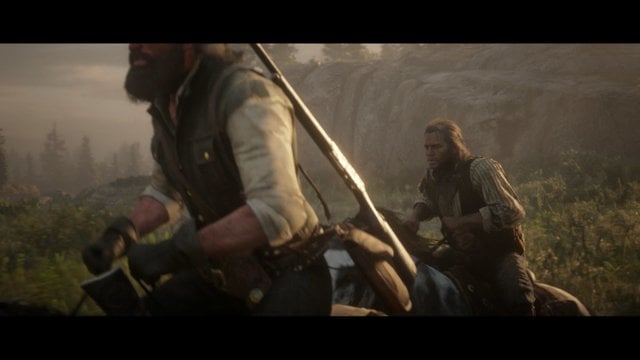 Shots are fired soon after that. Equip a long ranged rifle in preparation, but follow the games instructions. Don’t bother trying to shoot him yet – it won’t let you.

Follow Sadie from rock to rock, keeping cover. Eventually the game will tell you to kill the sniper – now you can go into Dead Eye and kill him. 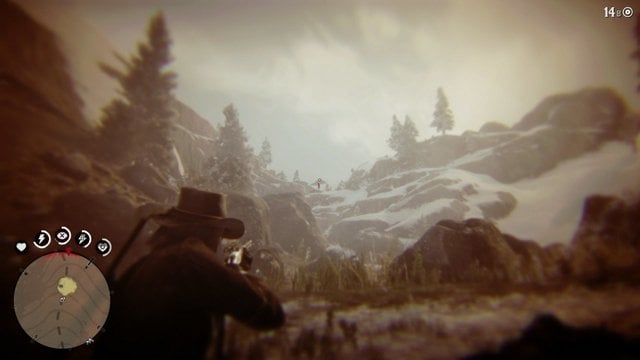 After killing him, return to Charles with Sadie to check on him. He insists you go on ahead, and the two of you do, reluctantly. 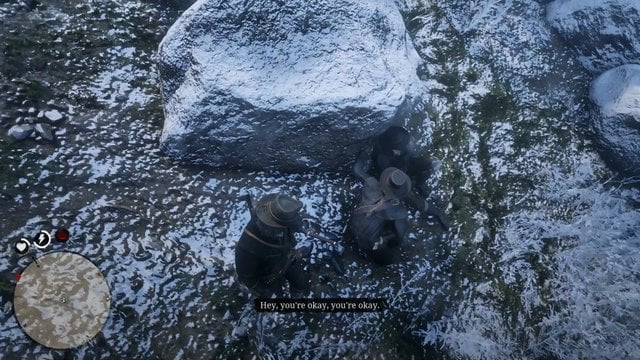 Continue along the path with Sadie, shooting enemies as you go. Keep your eye on the mini map so you know where they’re coming from.

You’ll reach a camp, but Sadie says this isn’t it. You need to find the tower Charles mentioned. Follow her further up the mountain. 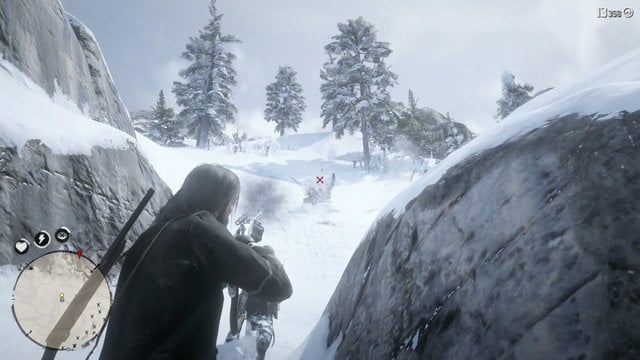 When you get far enough, a cutscene will start. You and Sadie will get jumped. John is able to fight his attacker off, but Sadie gets stabbed. Charles saves her.

She insists she’s okay, but John needs to leave them both behind and continue the mission alone. 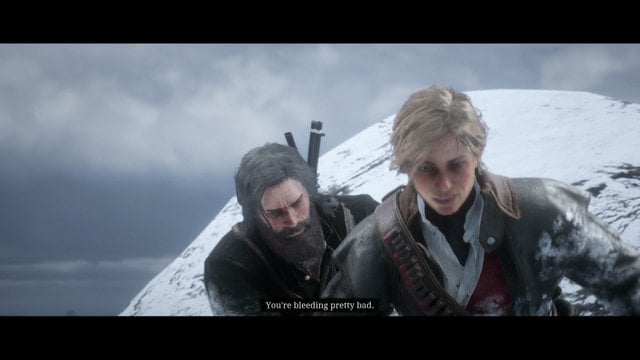 Now, take it slow. You’re solo – so you can’t go rushing in. Kill everyone in your sights before progressing forward, turning corners, and the like. Keep your eyes on the minimap – some men will sneak up behind you.

Fight your way to the yellow area marked on your map on the road up ahead. 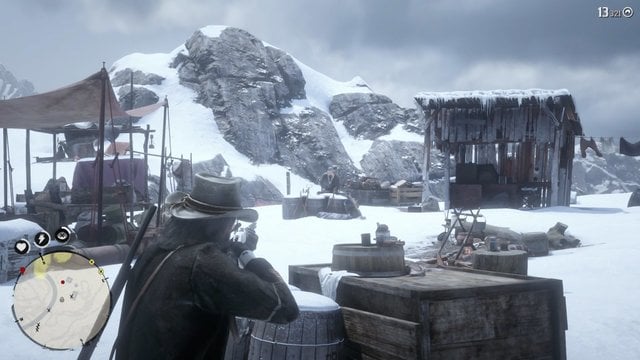 You need to find Micah, and you’re close. Explore the yellow areas, killing as you need to – he’s in none of them. Instead, he’s in the tower east of where you are.

Approach the building, and a cutscene will play of John and Micah “reuniting.” He’ll open fire on you during the cutscene, forcing John into cover. 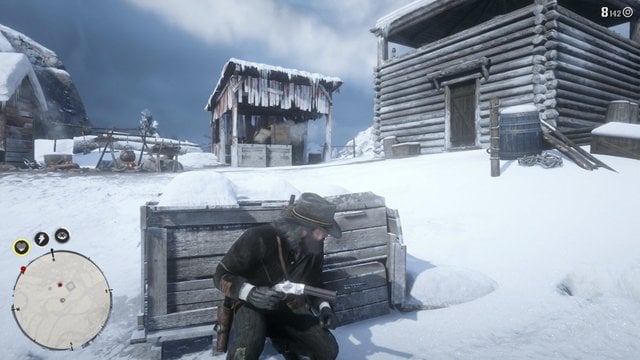 Stay behind cover. You aren’t meant to shoot Micah here. Sadie will arrive soon, and another cutscene starts.

She gets Micah to put his guns away. However, Dutch emerges from the tower, giving Micah an opening to get the upper hand on her. 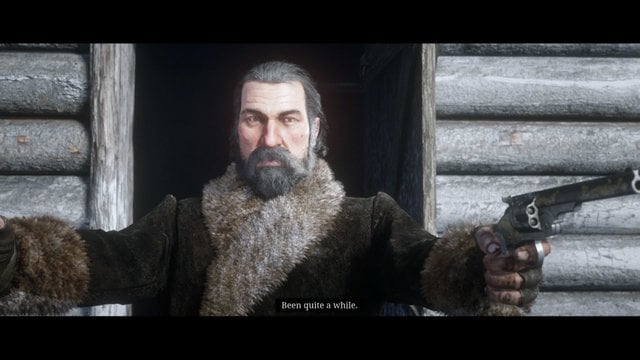 She ends up getting held hostage by Micah, leaving John to try and negotiate with Dutch and Micah.

Press square/x to talk to them.

After a while like this, Dutch will turn on Micah and shoot him. You’re thrown into Dead Eye – finish off Micah with it. 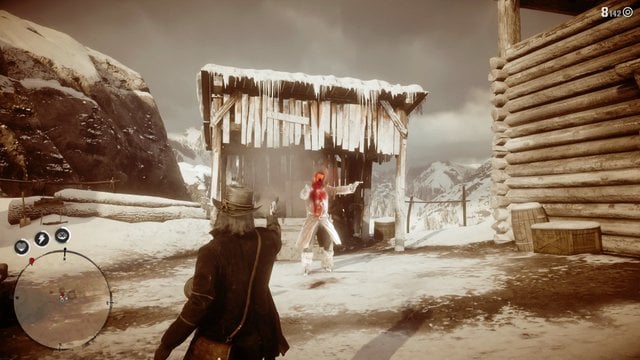 Dutch walks away silently after this, leaving you and Sadie to loot the place. There’s a bunch of gold and cash in a chest inside.

John returns to Abigail, and they all live happily ever after. Or so it seems. Enjoy the credits for snipits of John’s new life. 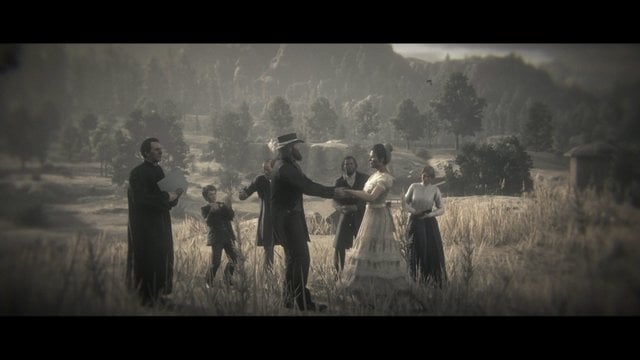