Fatherhood, for Idiots is one of the main missions in Red Dead Redemption 2. John tries to reconcile fatherhood with his other identities. He takes Jack to Strawberry to pick up a parcel for Abigail. 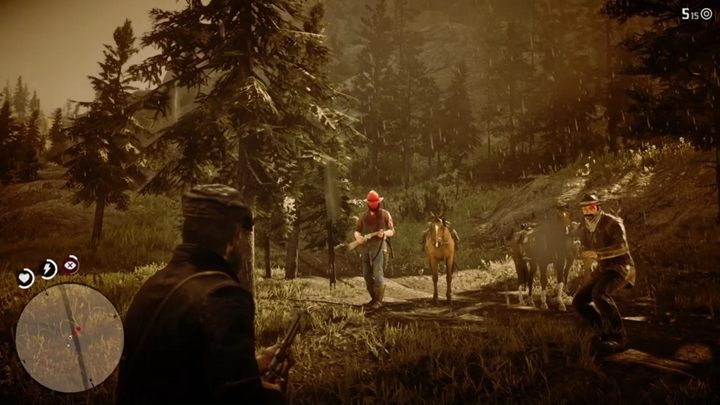 How to get a gold medal in Fatherhood, for Idiots? 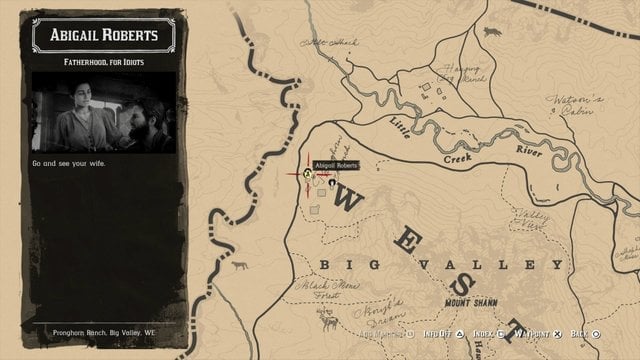 Start this RDR2 mission by approaching Abigail at the ranch. When you get inside, John will complain about how he isn’t a good ranch hand.

Abigail says Jack read to her about some land near Blackwater. John has a short outburst about how he has a price on his head, and they can’t take loans because of it. 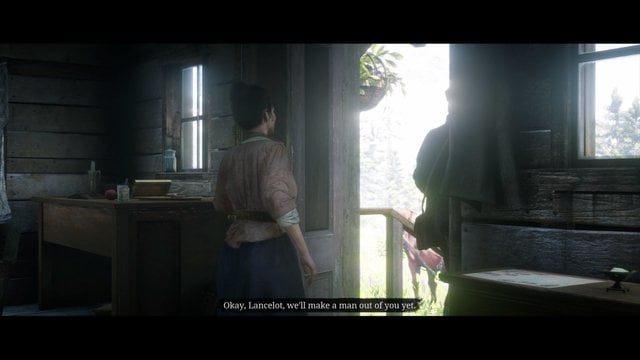 While conversing, Mr. Dickens knocks on the door, and asks John to deliver some things to the post office in Strawberry. John agrees, and takes Jack with him. Abigail asks him to pick some parcels up in her name while he’s there.

John tries to teach Jack how to drive the wagon, and he does a pretty good job at it. 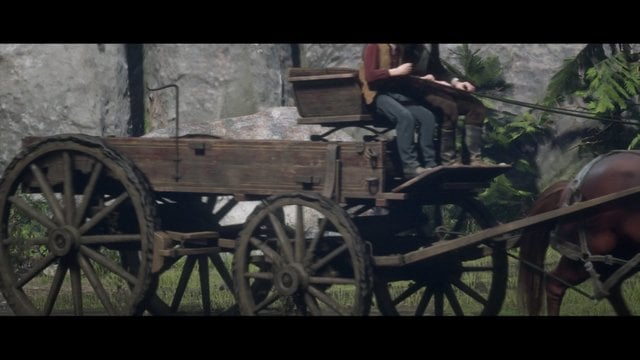 A cinematic plays of them making their way to Strawberry. When you get to town, park the wagon in front of the post office. It’s marked yellow on your map.

Head inside once you park the wagon. You’ll talk to the clerk, but will have to ask for parcels by your real name, and by Abigail’s real name.

A man will suspiciously look at you as you do so… the clerk isn’t so discreet.

The clerk will help you pack up. Then, get in the wagon with Jack. You’re heading back to the ranch. Jack protests a little, but eventually relents after John tells him to mind his father. 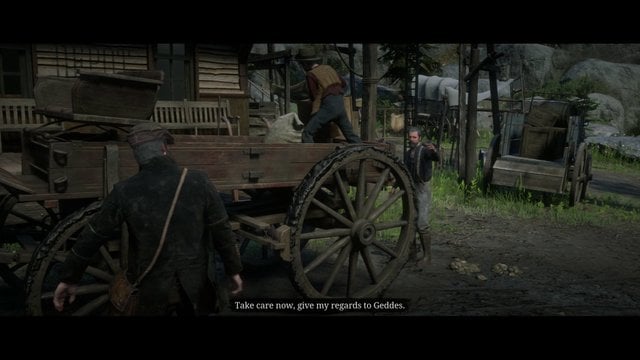 After driving a bit, you’ll see a suspicious man on your left. Tell Jack to speed up. He’ll think you’re going too fast, but, you have your reasons. That man will be following you.

After crossing two bridges, you will see more men, and they’ll start following you. 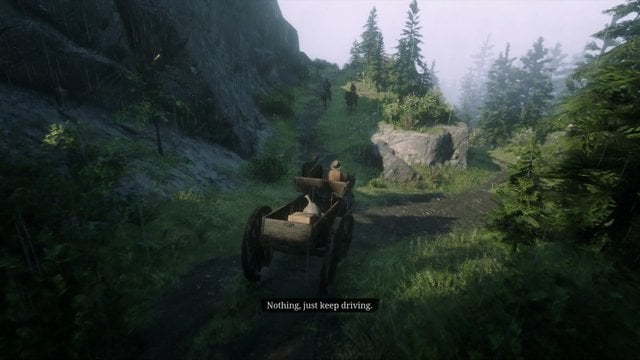 Driving a longer while, John will tell Jack that after you get to a fallen tree, to stop the wagon and hide. He does as you say. 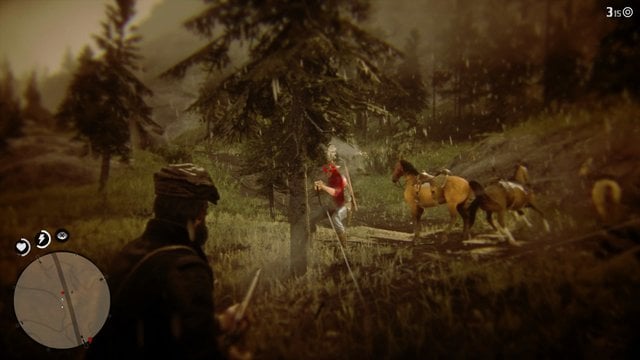 After taking care of the men, go back to Jack and get on the wagon. 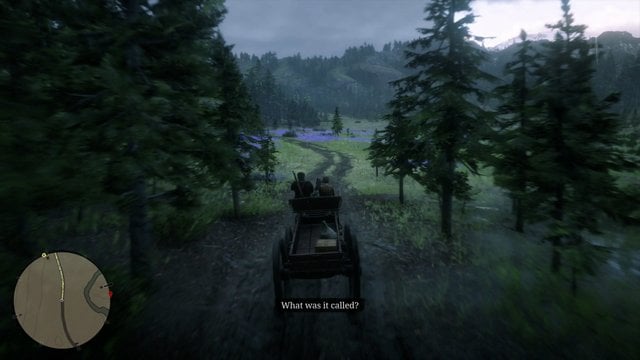 John will calm Jack down – or try to, anyway, by talking to him about the ranch by Blackwater.

When you arrive, Abigail will, once again, be upset. She’ll also tell you what she ordered wasn’t a dress after all. It’s a gift for John.