The following section of the Red Dead Redemption 2 guide describes the walkthrough of Favored Sons. Dutch convinces Eagle Flies to ambush an army patrol to divert the attention from the gang to the native tribe. 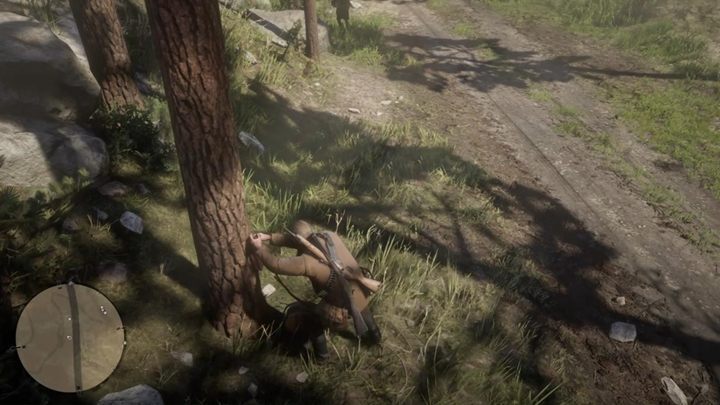 How to get the gold medal in Favored Sons? 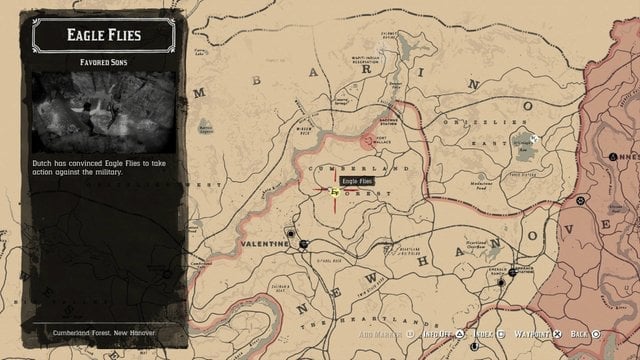 Meet up with with Dutch and Eagle Flies on a cliff in Cumberland Forest near Firwood Rise to start the RDR2 mission Favored Sons.

Dutch has convinced Eagle Flies to take action against the military… which will, basically, act as a distraction so your crew can escape. Arthur isn’t about it, but helps Dutch anyway. 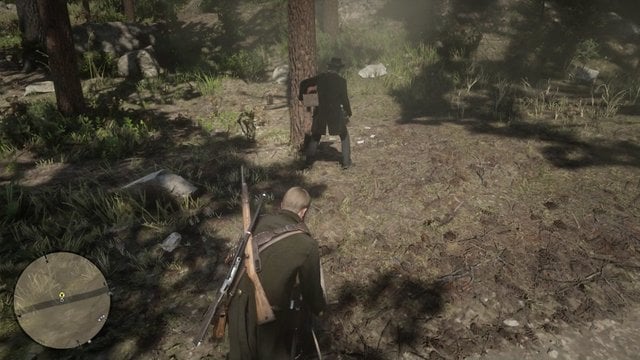 Pick up the spool with square/y to run the wire to the dynamite Dutch is setting the the trees. Press square/y again to attach it.

Follow Dutch to each tree, setting the wires. Eagle Flies will call to you to get out of site when you’re done. Follow Dutch up to the cliff again. 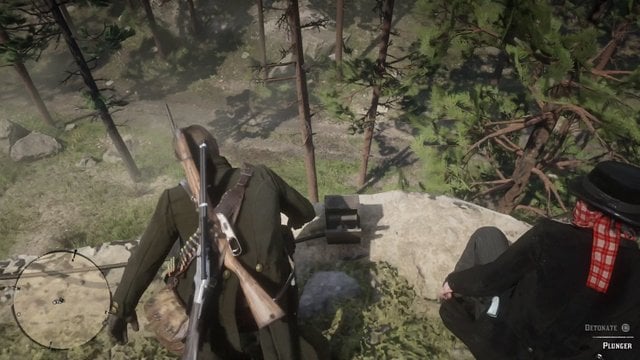 Sit next to the detonator, and wait. Stay crouched. A big group will come down the road – larger than anticipated. Press Square/Y when the game prompts you to to detonate the dynamite.

The soldiers will be trapped between the fallen trees, and Dutch and Eagle Flies will start talking to them. Unfortunately, things don’t go too well. The soldiers start shooting at you, and your group returns fire. 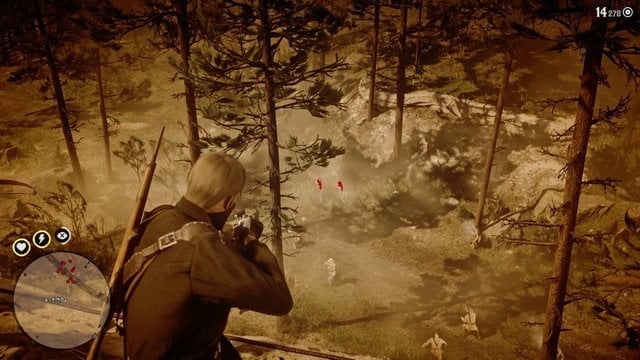 Some others come around up top. Kill them. Once you’ve taken them all out, loot the bodies with your gang. Arthur will remark these boys aren’t the problem.

Then, canon fire will interrupt you. 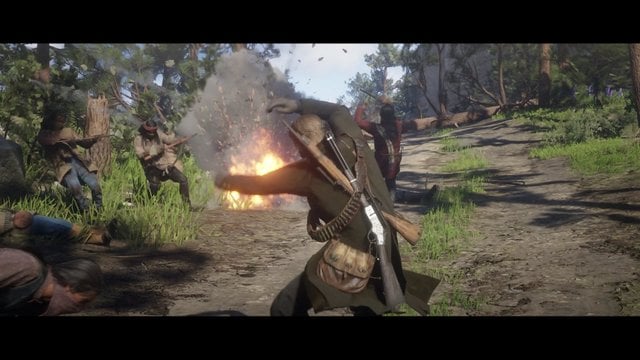 Kill all of the soldiers, then run up the hill to where the canon is. Then, a short cutscene starts. Eagle Flies can’t find his brother, and runs off to find him.

You start running too. Follow Dutch. Though you’re concerned about Eagle Flies, Dutch says you need to flee. Get on your horse and follow him away. 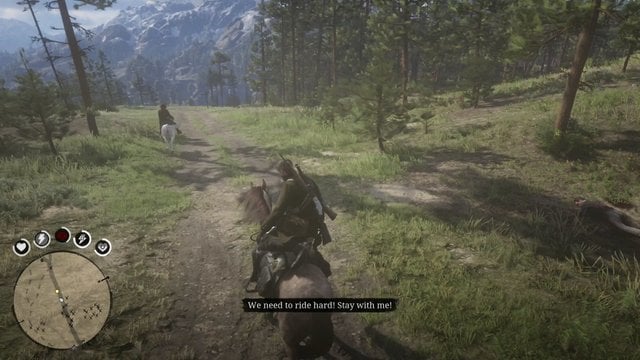 Soon you’ll reach a path too narrow for the horses. Dismount, and send your horse away by pressing L2, then circle/b to tell your horse to run away.

Follow Dutch down the path. Soldiers begin firing upon you immediately. Look up the hill to the right and use Dead Eye to take out four immediately. 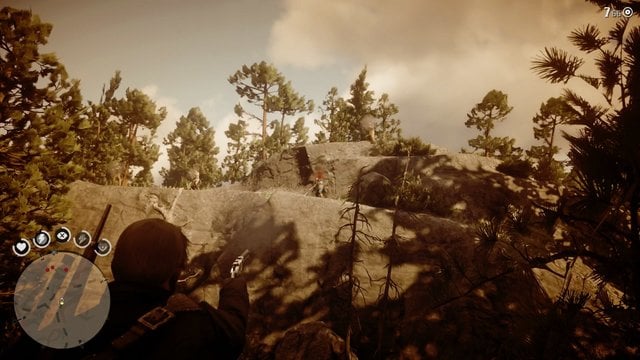 Continue after Dutch on foot, taking cover behind a tree stump and shooting more.

Further down the trail, he’ll tell you to look back and cover him. Don’t miss the men up on the cliff. Eventually Dutch will tell you to make a break for it – there’s too many. 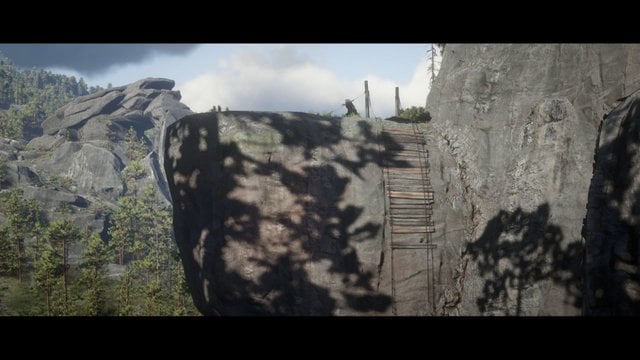 You get to a dead end with a broken bridge. Dutch says to follow his lead, however, you need to surrender or else you’ll both get shot. Press the button when it prompts you to. 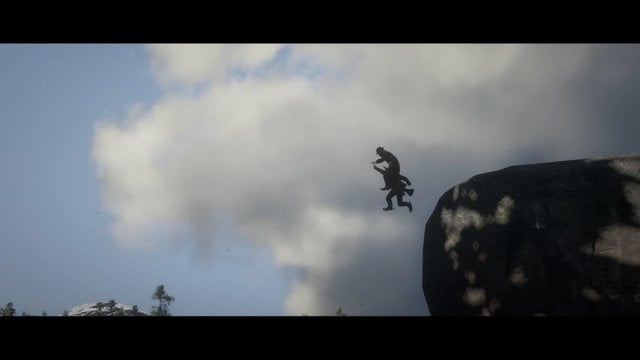 Keep backing up with Dutch. Eventually, you’ll both jump into the water. As you’re swimming, go to Dutch on the left to take his hand and escape. 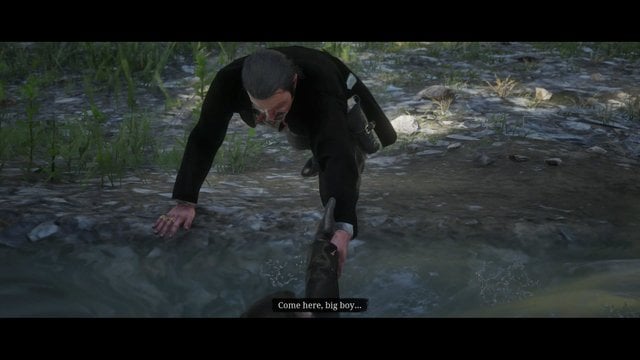 Charles and Eagle Flies are missing, but Dutch says to have faith. That ends Favored Sons.