Unlocked: Complete Chapter 4’s “The Joys of Civilization” – You can find this stranger in the Saint Denis slums to the northeast of the city. After the cutscene, head to Rhodes train station during the day time and ask the clerk about the moonshine. Read the note in your satchel, then head to the highlighted area in Bluewater Marsh.

Call out the driver to make him stop the wagon, then take out all the guards. Take the wagon back to the professor at a steady pace to avoid damage to the cargo. After the cutscene, head to the police station and talk to the chief behind the counter. Haggle about the payment (don’t be aggressive) and bring it down to $50. Pay him, then return to the professor.

After completing the first state of this mission, you can talk to the professor again. He will ask you to capture a bounty named McDaniels. Read the poster in your satchel to find the location of your objective, located northwest of Emerald Station. You will need to take out his companions and give chase to McDaniels. Capture him alive using the lasso and take him back to the professor.

After 24 in-game hours, head to the gallows in the center of Saint Denis. Loot the professor’s body to obtain the blueprint for the electric chair to conclude this stranger quest.

The Mercies of Knowledge

The Mercies of Knowledge is one of the side quests available in Red Dead Redemption 2. This quest is given to you by professor Andrew Bell III. The man wants to create a prototype electric chair. Arthur can help him out in making this object and in testing it. 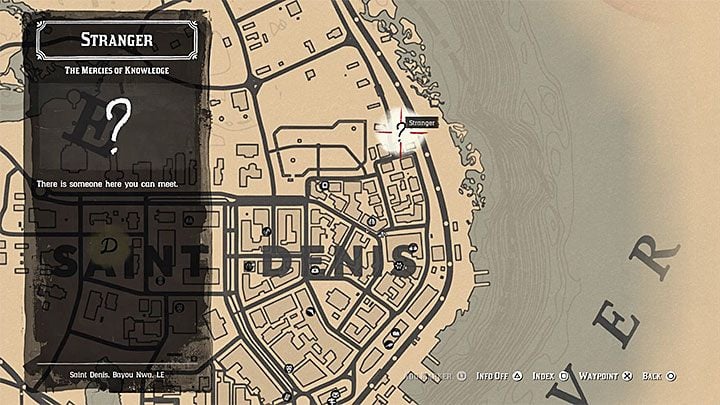 The quest marker for this mission should appear in Saint Denis sometime after starting the fourth chapter. Bell’s workshop is in the northern part of the city. The man asks you to get a lot of alcohol. 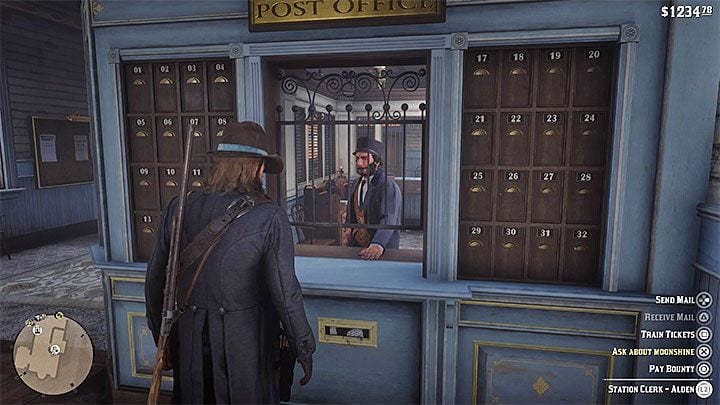 Arthur can rob a wagon with alcohol. Go to Alden in Rhodes. Go to the trains station and ask Alden about Bluewater Marsh Coach Tip (press X / A – the yellow dialog line). 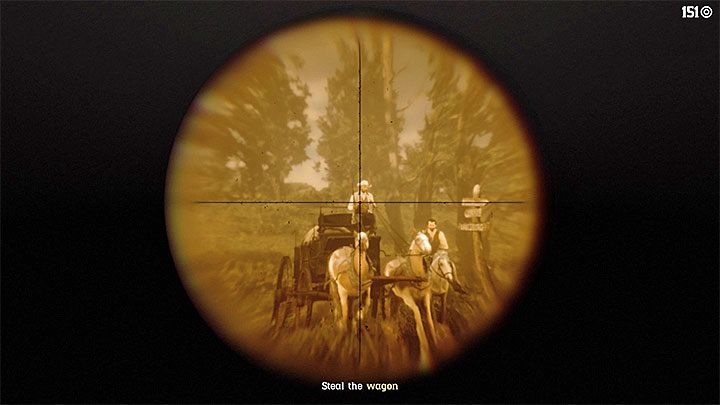 The wagon will appear on the swamp north from Saint Denis. You don’t have to be in a hurry – the wagon will start moving when Arthur is nearby. Don’t forget to wear bandana before you attack the wagon. Kill the driver and the raiders. Get on the wagon and drive it to Bell. 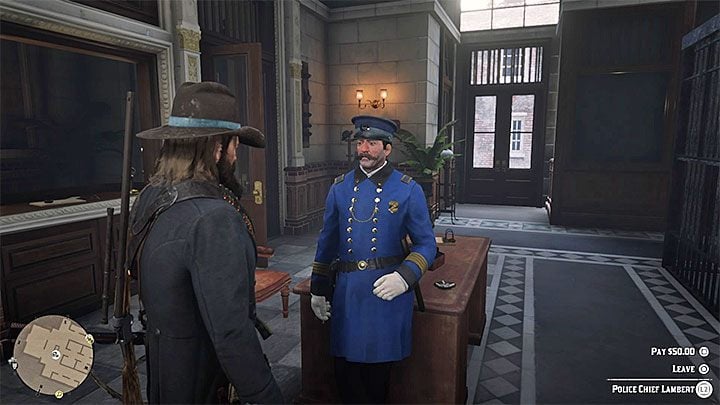 Reach the police station in Saint Denis, and ask the police chief for permission to test the electric chair. The chief wants $100, but you can haggle a bit and lower the price to $50.

Go back to Professor Bell. You receive a bounty letter for a “candidate” that will serve as a test subject for the chair. 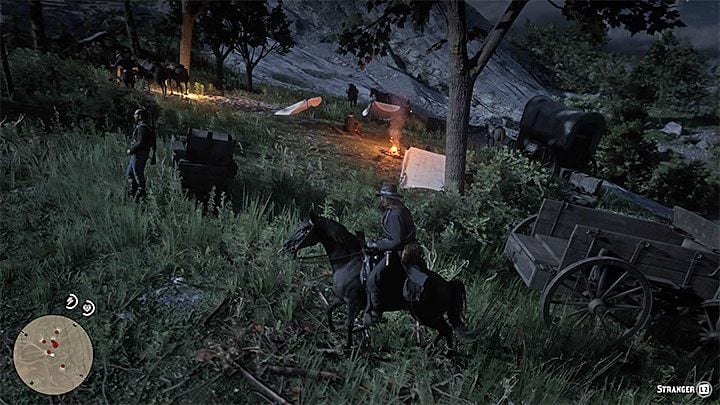 This part is a typical Bounty Hunting mission. Remember to capture McDaniels alive. Head to the place marked by the game – the railway tracks north from Emerald Ranch. Your destination is the camp presented in the picture above. Eliminate the bandits but remember that you can’t kill McDaniels. He is marked with a different icon on the mini-map. 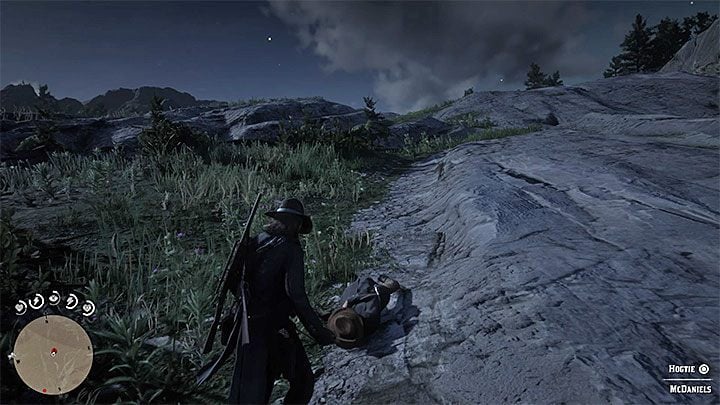 Leave McDaniels for last. The best way to catch him is to shoot the man in the leg when he starts escaping (call your horse when your target gets too far away from you). Use lasso to hogtie the man. Stow him on your horse, and head to Saint Denis. On his way, Arthur can be attacked by hostile bounty hunters. Try to shoot them as fast as you can (use the Dead Eye).

Participating in the spectacle 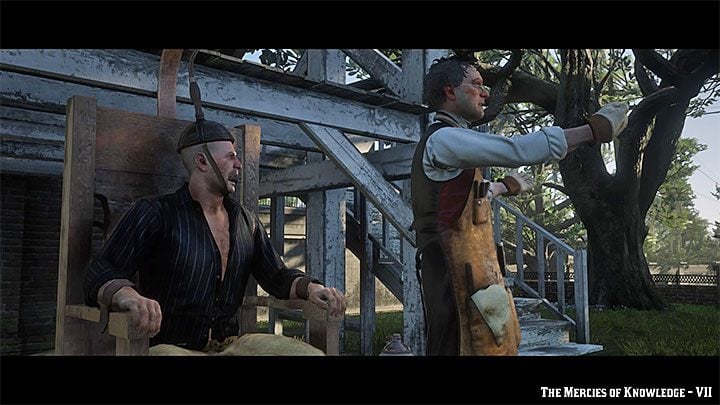 Wait a bit for the new quest marker to appear in Saint Denis. Reach the place and watch the cut-scene that will end this quest.

You can loot the Professor’s body, but you will only find Electric Chair Blueprint which is a useless item.