The Chronicles Of Myrtana Archolos Portals and teleportation runes locations

You need to stand on red pentagram-like magical symbol on a floor/ground.
Using a rune will pop-up the dialog window with “choose destination” option.

After receiving first teleportation rune in Silbach, ask Lokvar about it.
After speaking to him you’ll:

Where is my runes?!

All teleportation runes merged into single in your inventory.

The map of portals and other transport

Transport system at Archolos consist of:

Telerune: from Rupert as result of completing the quest “nobody gets left behind“.
Portal whereabout: the cave. 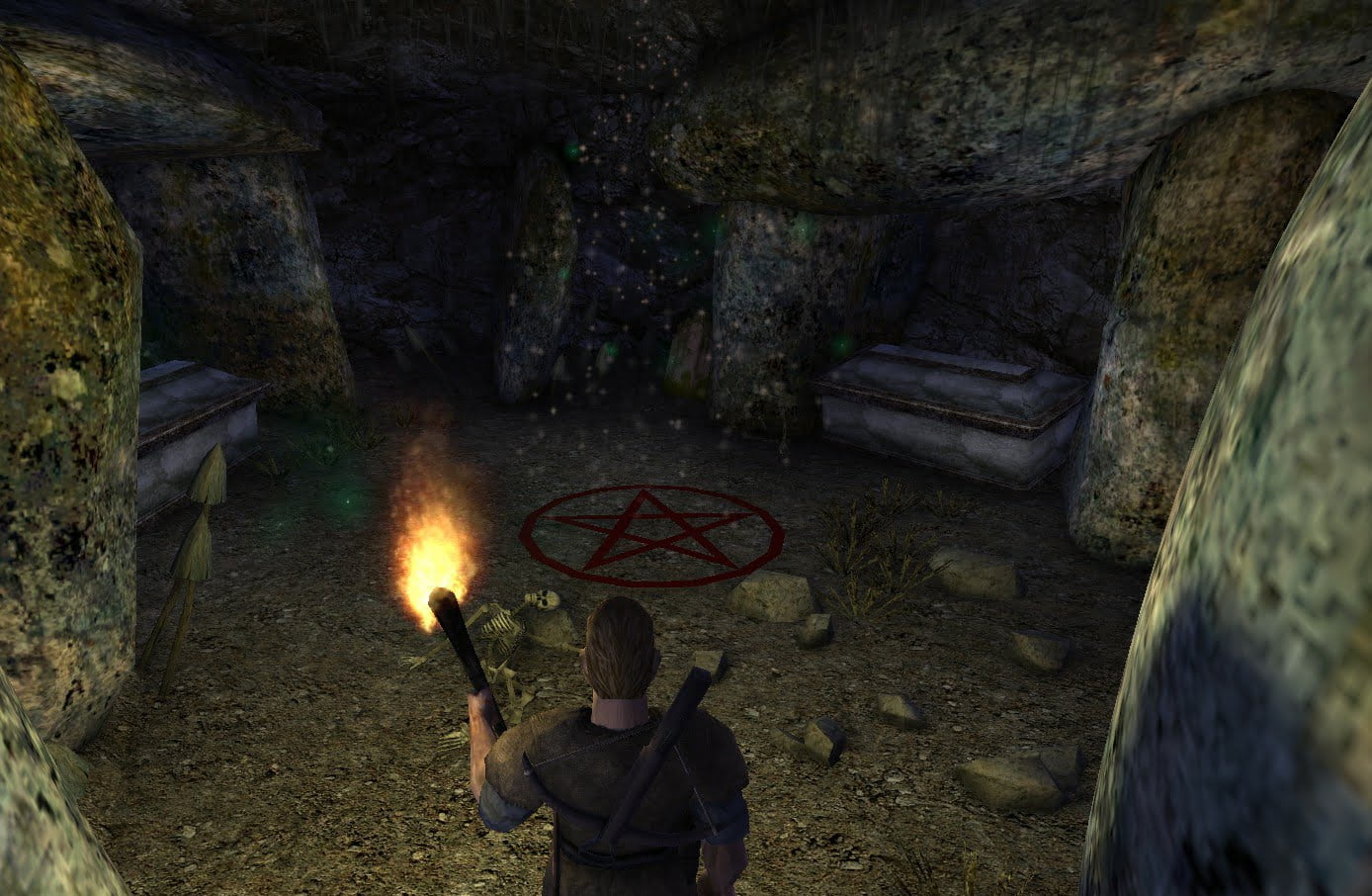 Telerune: at Silbach’s chapel on the altar.
Portal whereabout: chapel of Silbach. Interior of the chapel can be accessed via third part of the quest “three works for the alchemist“ (cleaning the chapel of “monsters”) by the key from Lokvar. 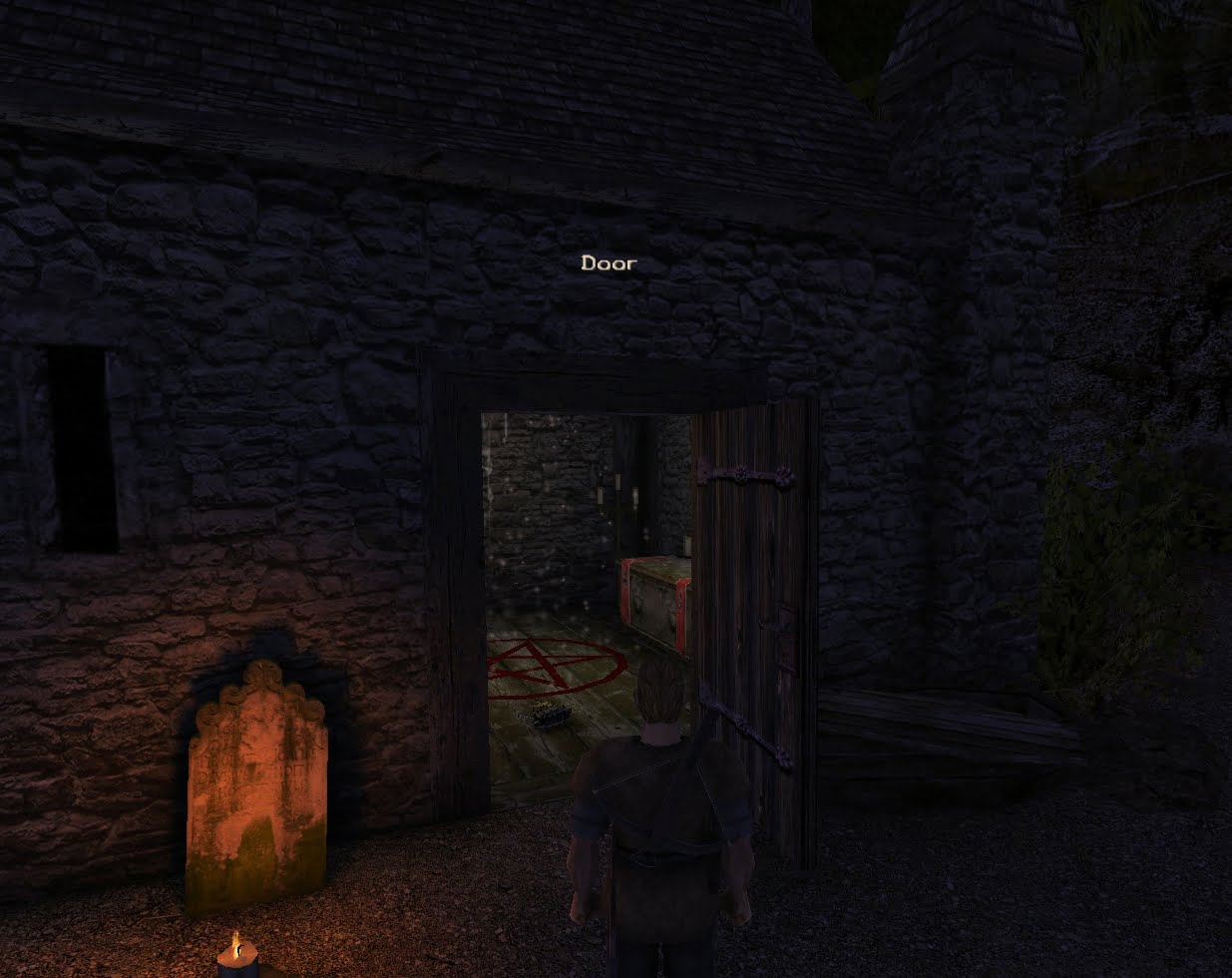 Telerune: You can buy it for 100 GP from the miscelaneous trader in the western cave of Scoundrel’s Haven.
Portal whereabouts: Behind the tents opposite the entrance to the Harbor. 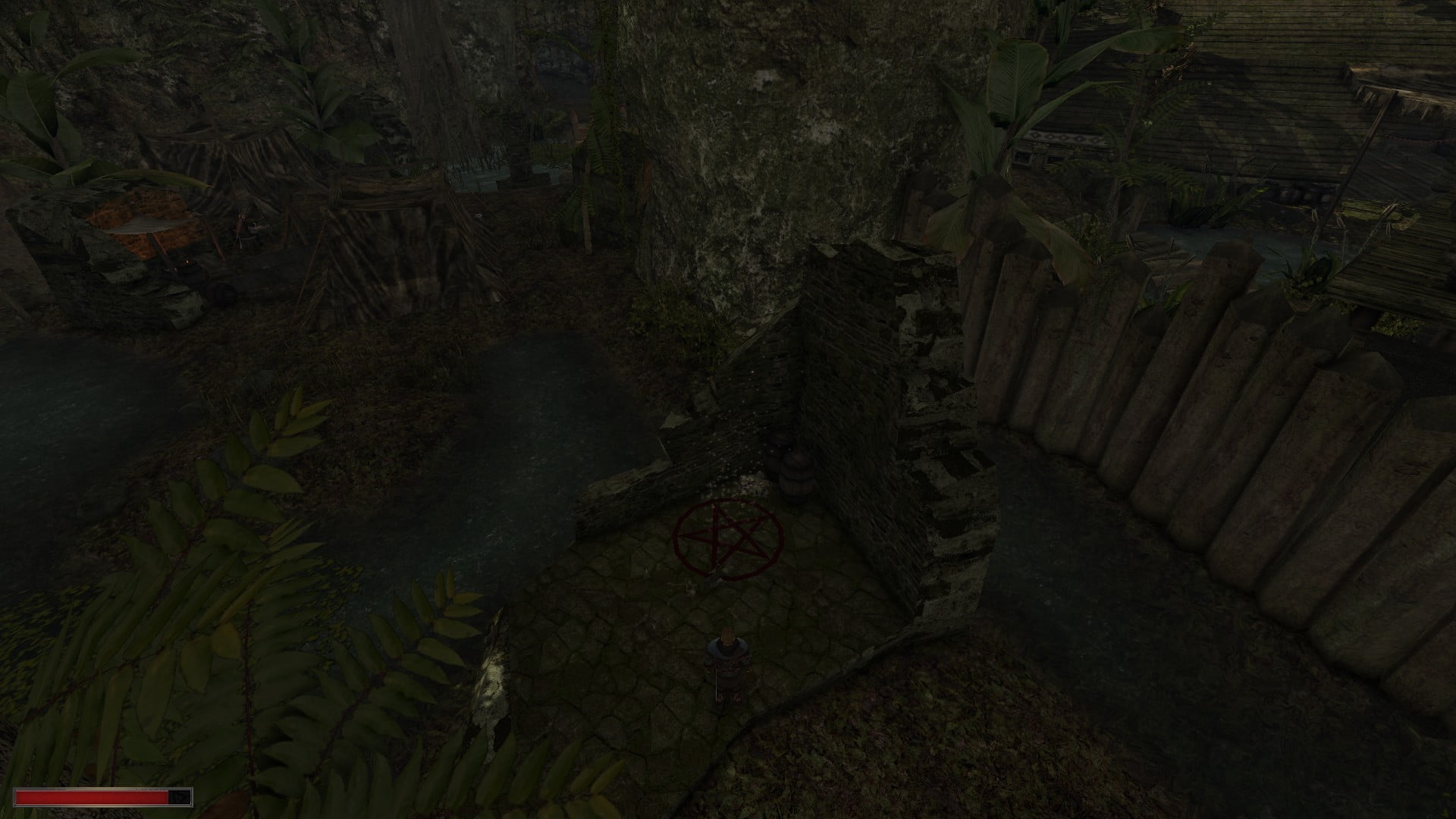 Telerune: right on the floor near portal.
Portal whereabout: in the ruined tower. Tower is guarded by 2 harpies.
There is also some loot behind the tower and to the left of tower. 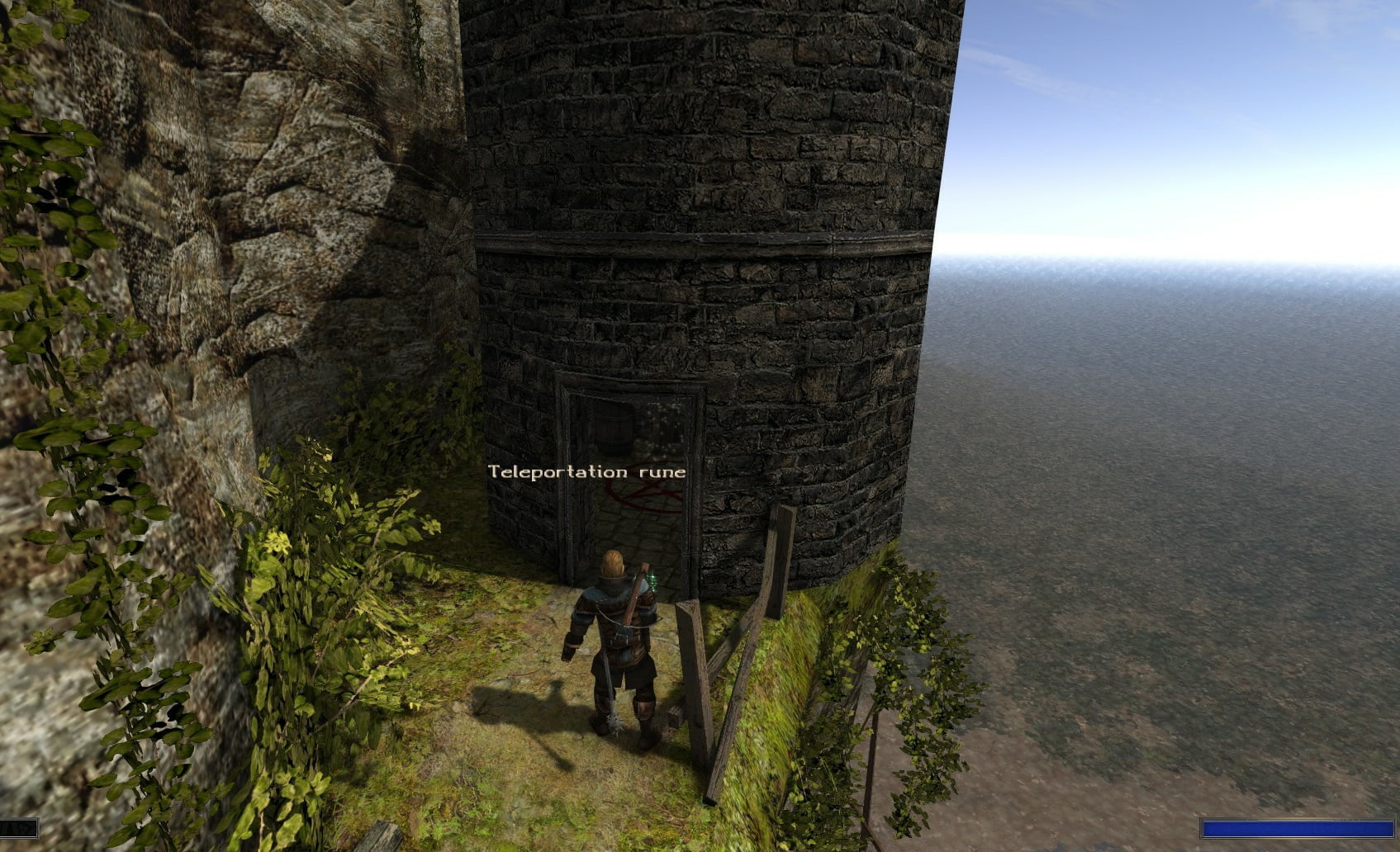 5. Adanos shrine in the City 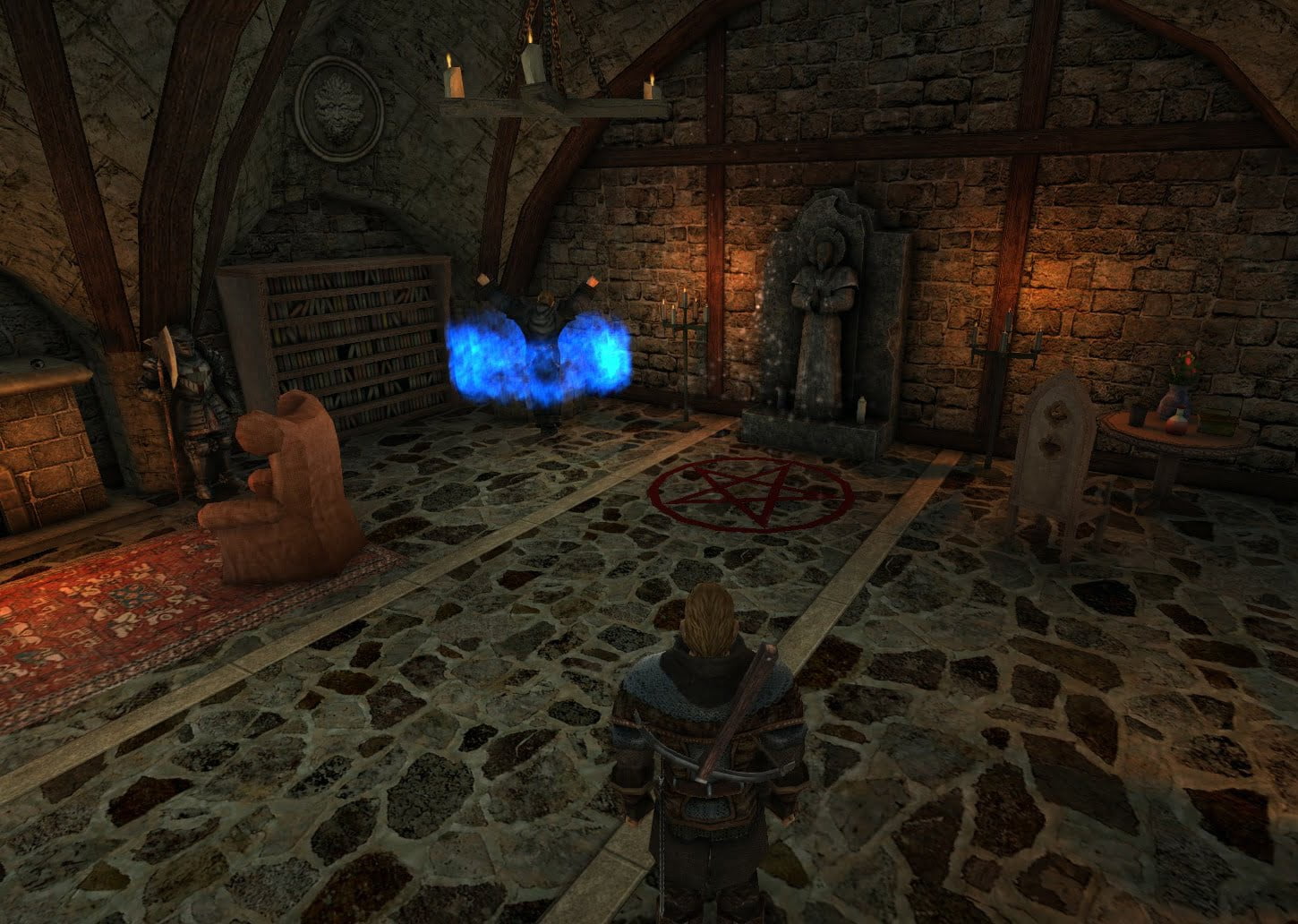 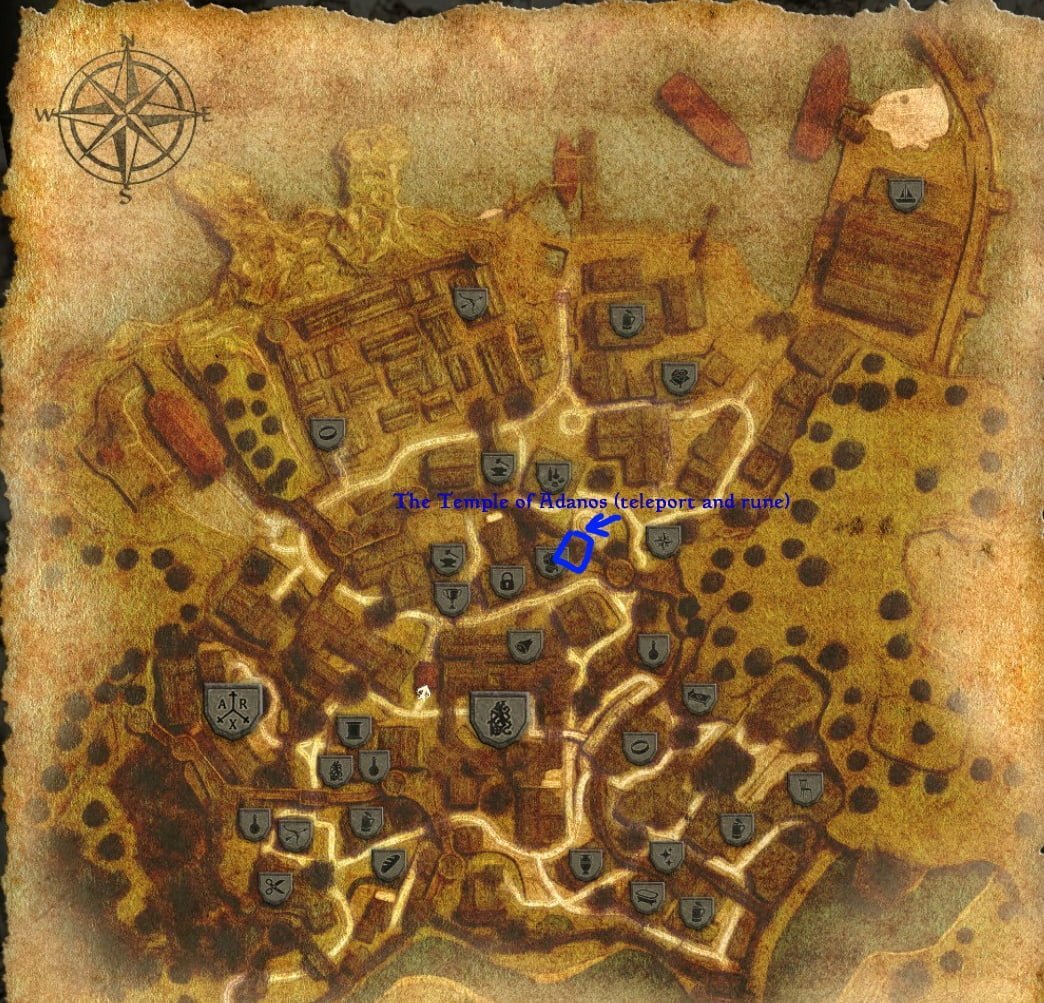 6. An abandoned cave by the City

Telerune: need to kill warlord in the cave and take the rune from his corpse.
Portal whereabout: in the abandoned cave guarded (inside and outside) by 25-32 lvl bandits: warlord and 6 “common” bandits.
This bandit camp and cave contain many valuables: good weapons, ring, 2 silver deposits and so on! 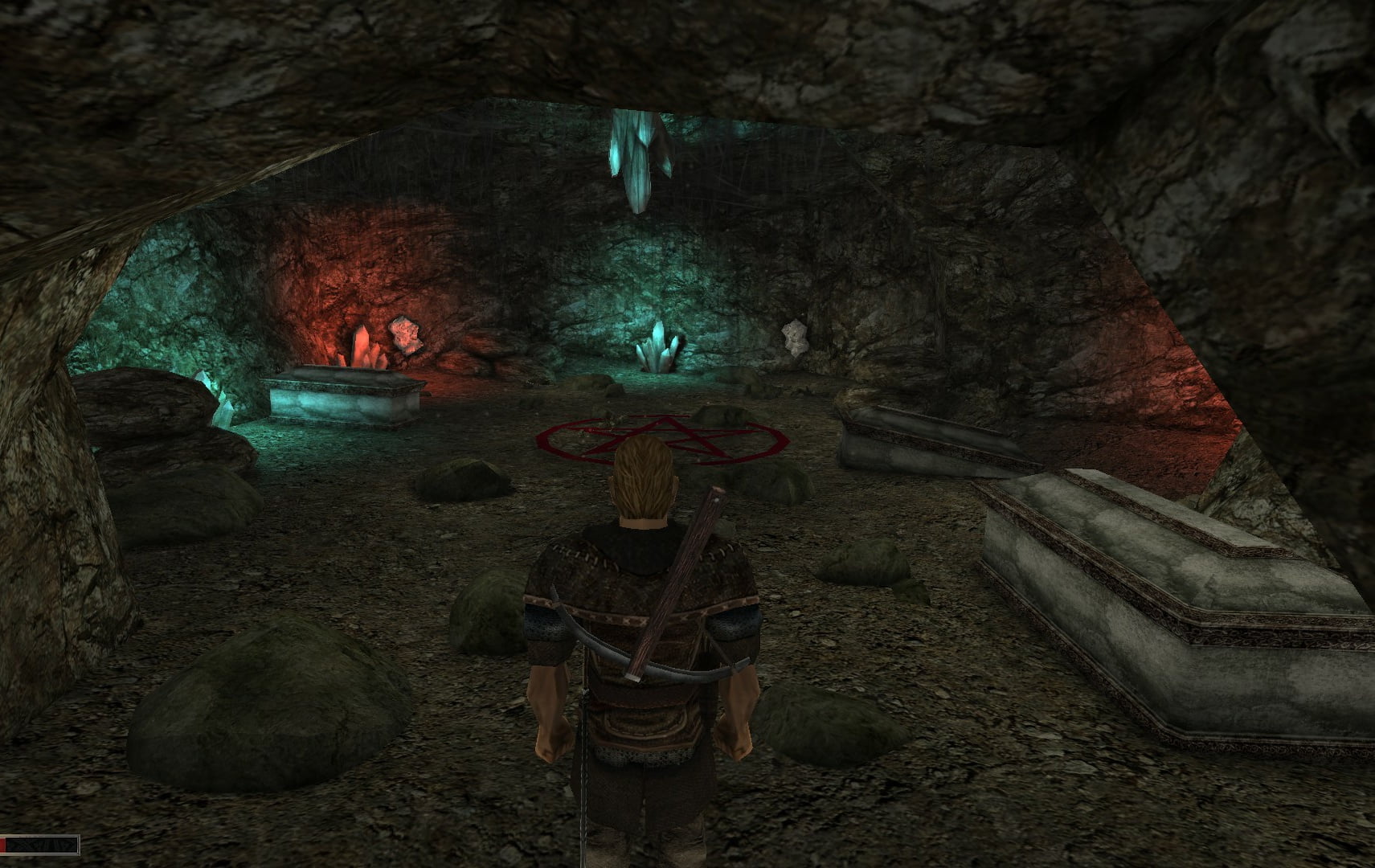 Telerune: right on the central stone platform in the stone circle.
Portal whereabout: stone circle in front of Amber coast. 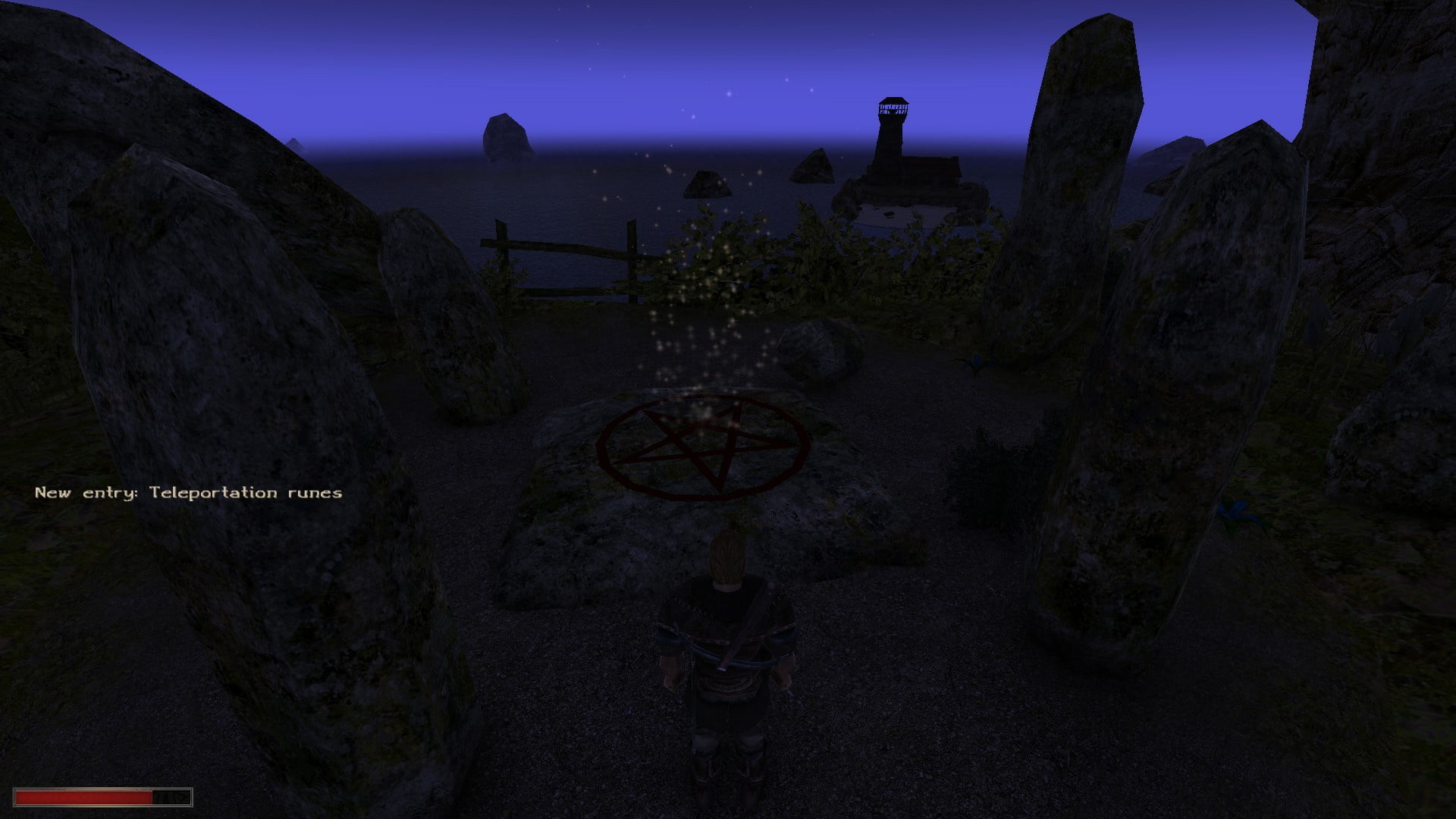 8. The Monastery of the Water Mages.

Telerune: Inside of the Monastery territory near the main gates there is tower, rune is on the table. Interior of the tower becomes accessible in Chapter 5, when you going in for the chest with your items.
Portal whereabout: Portal is in a small shrine, between the gate and proper monastery. 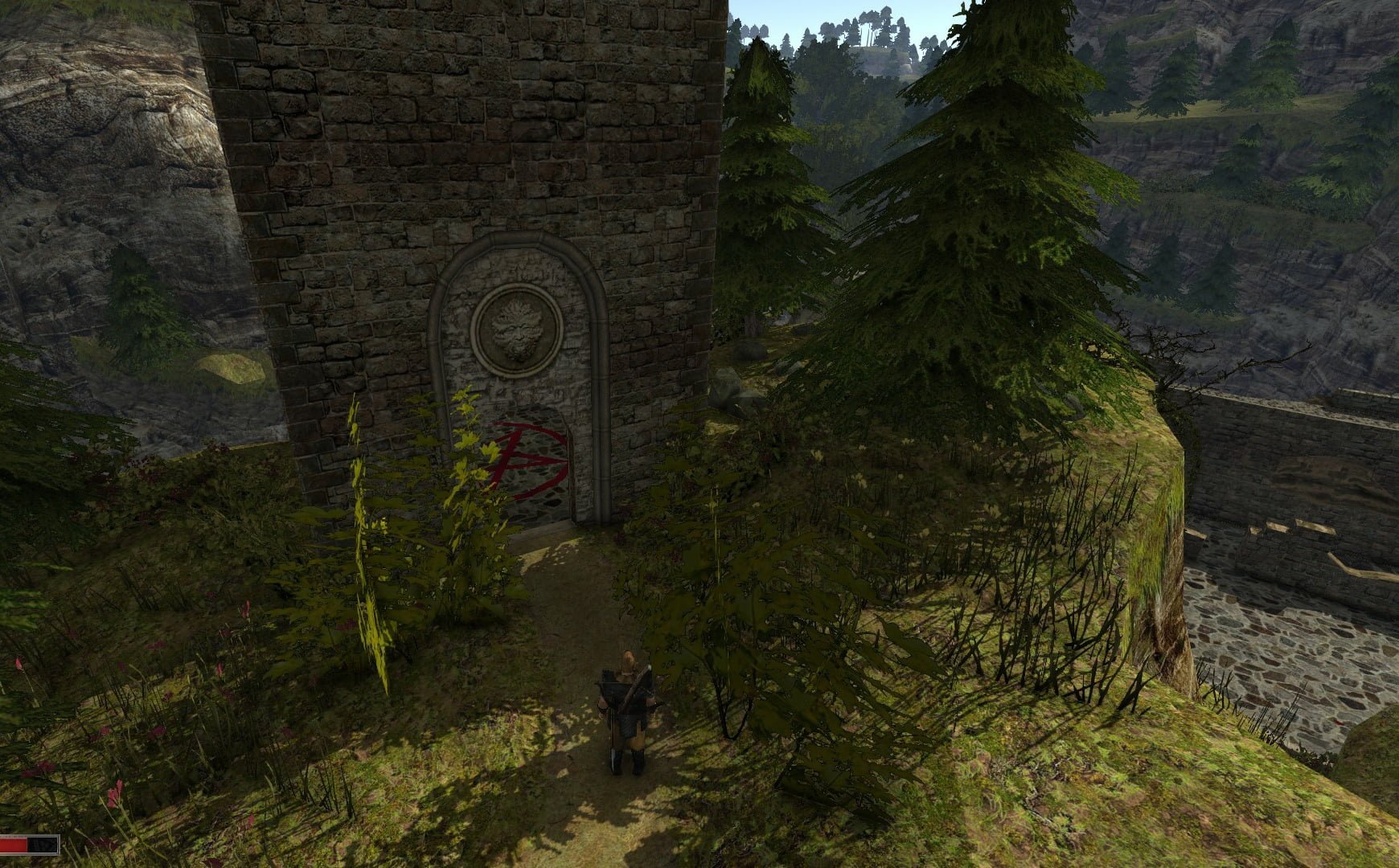 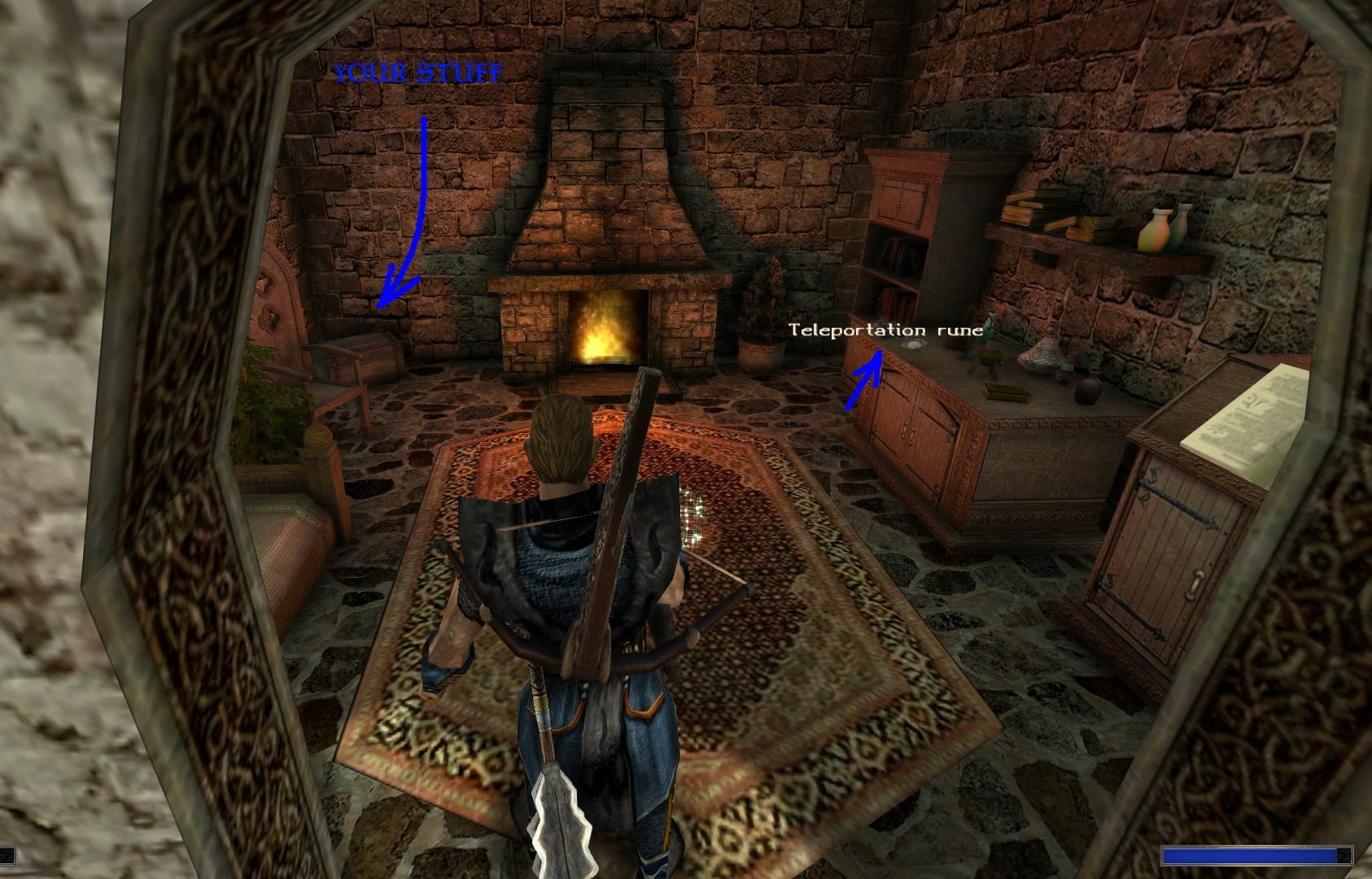 9. The abandoned cave by Rita’s Vineyard

Telerune: in central sarchofagus near the teleport.
Portal whereabout: cave in the forest south-west of bridge (with the boat) by the road between Silbach and Rita’s Vineyard. Cave is guarded by 3 goblin-skeletons and 3 skeletons. 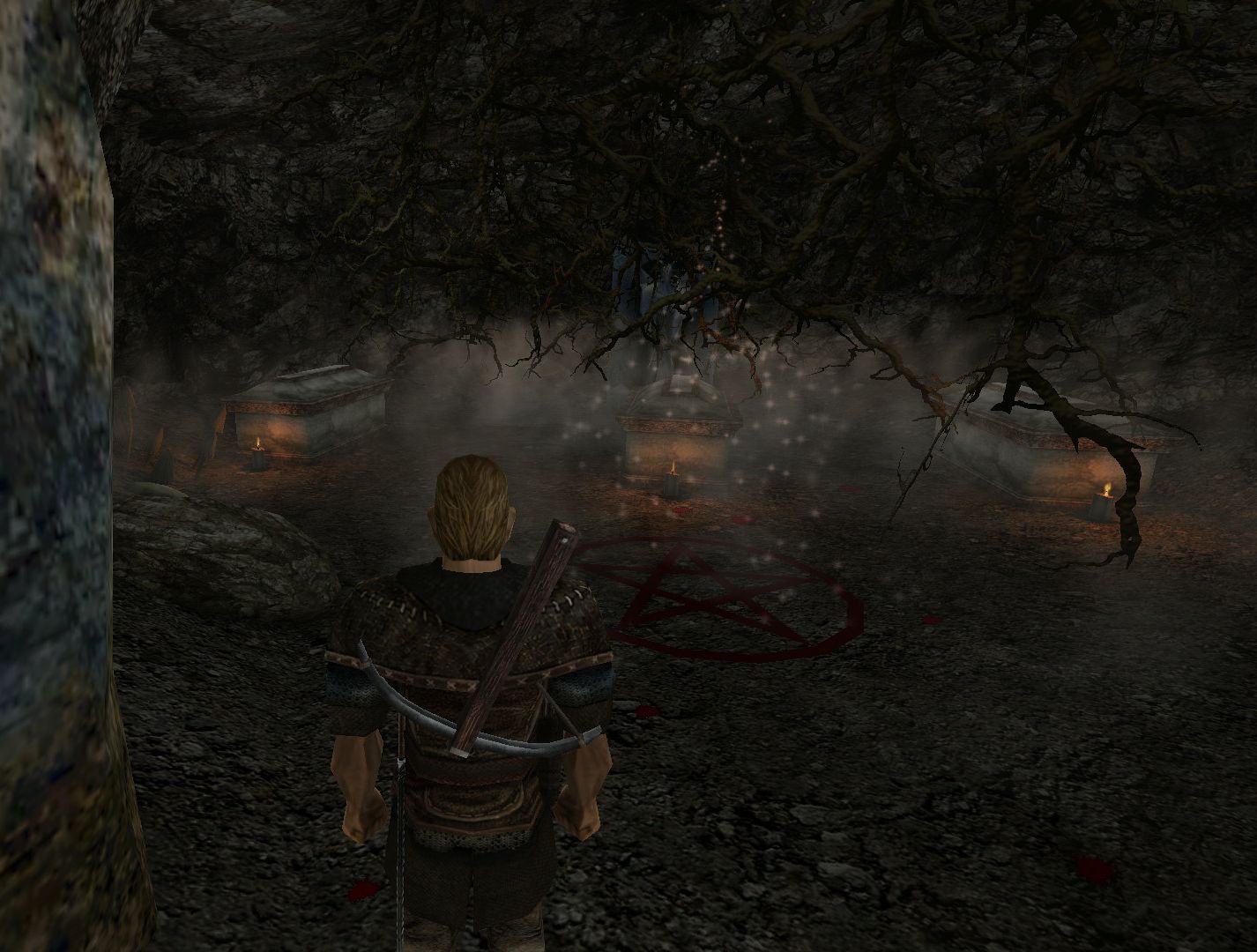 10. Island in the southwest. NO RUNE.

Telerune: NO RUNE,
Portal: small cave at northwest side of that small island. Island is located southwest of Volcano. 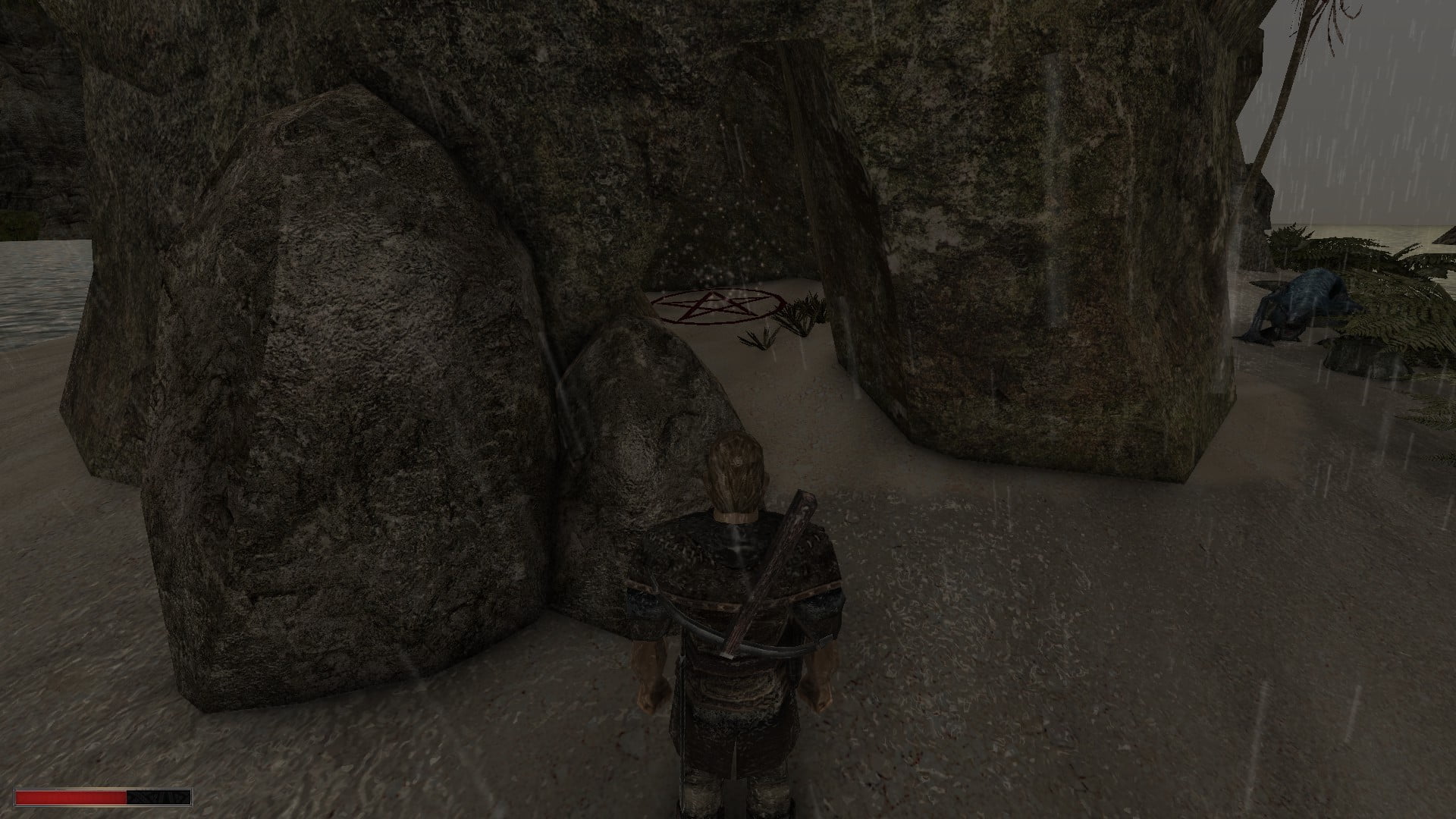 11. Innos shrine in the City 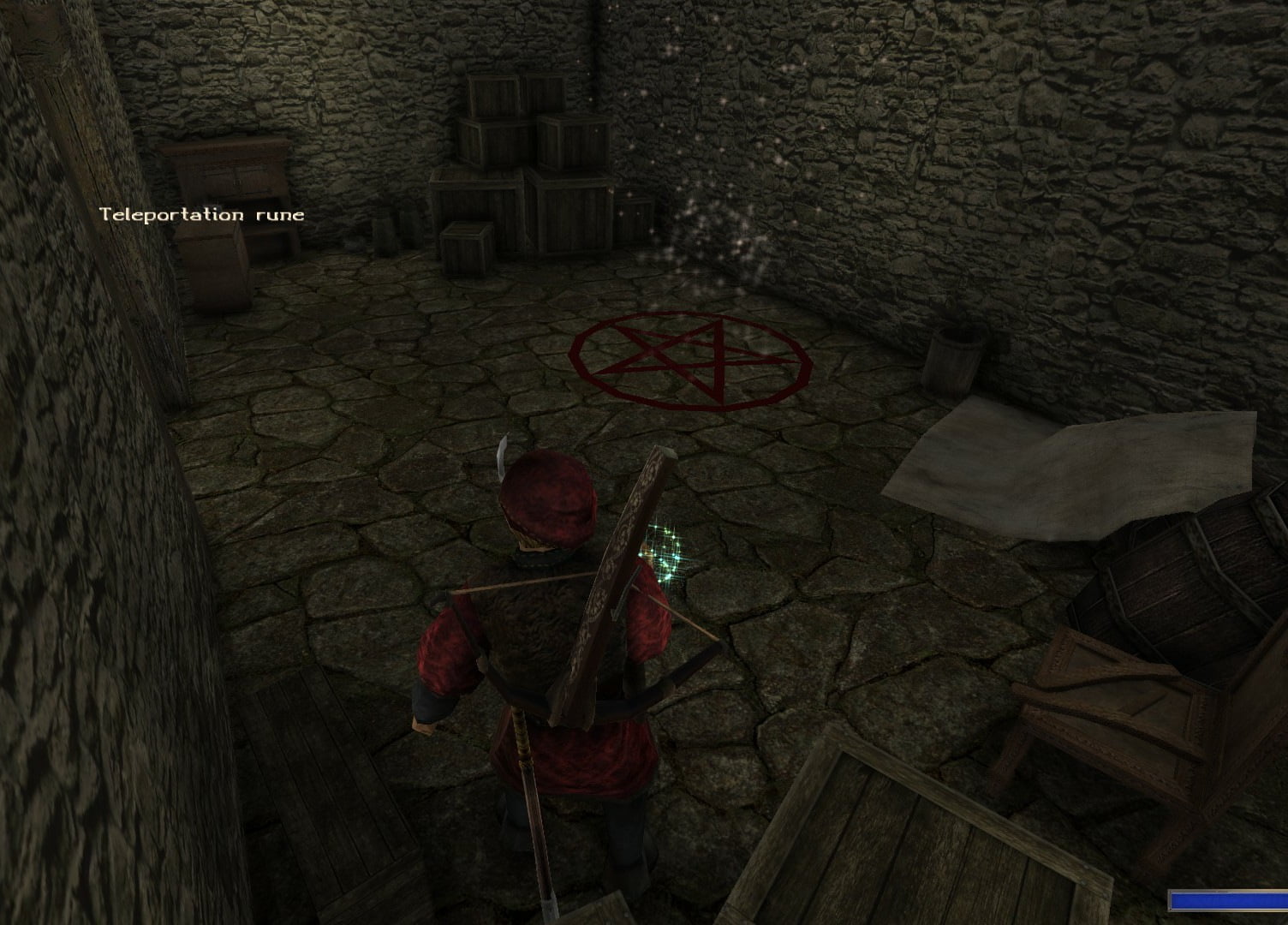 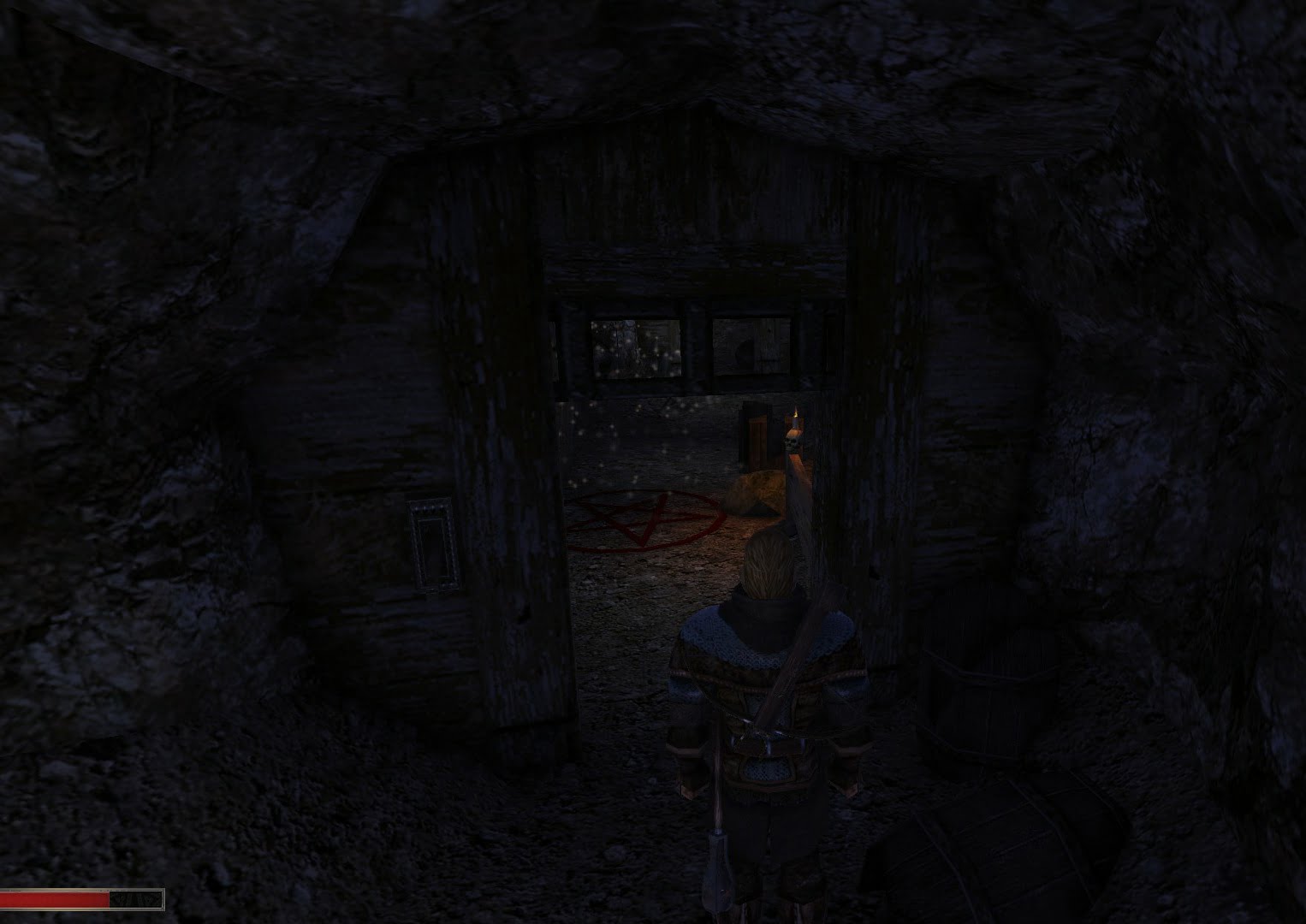 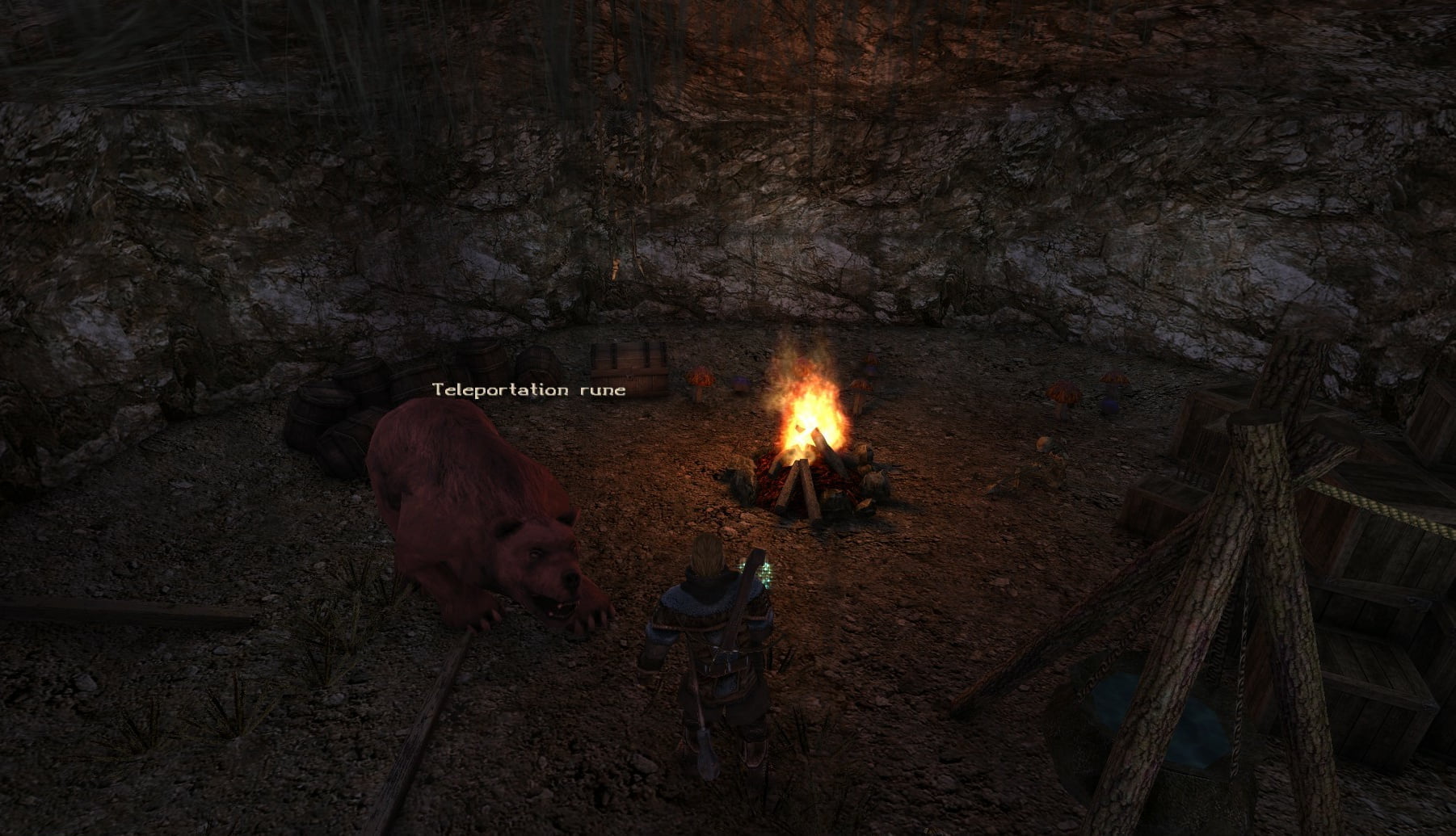 Telerune: in the left room after you open and enter the gates of the fortress, on the alchemy table.
Portal: at the courtyard, in front of entrance. 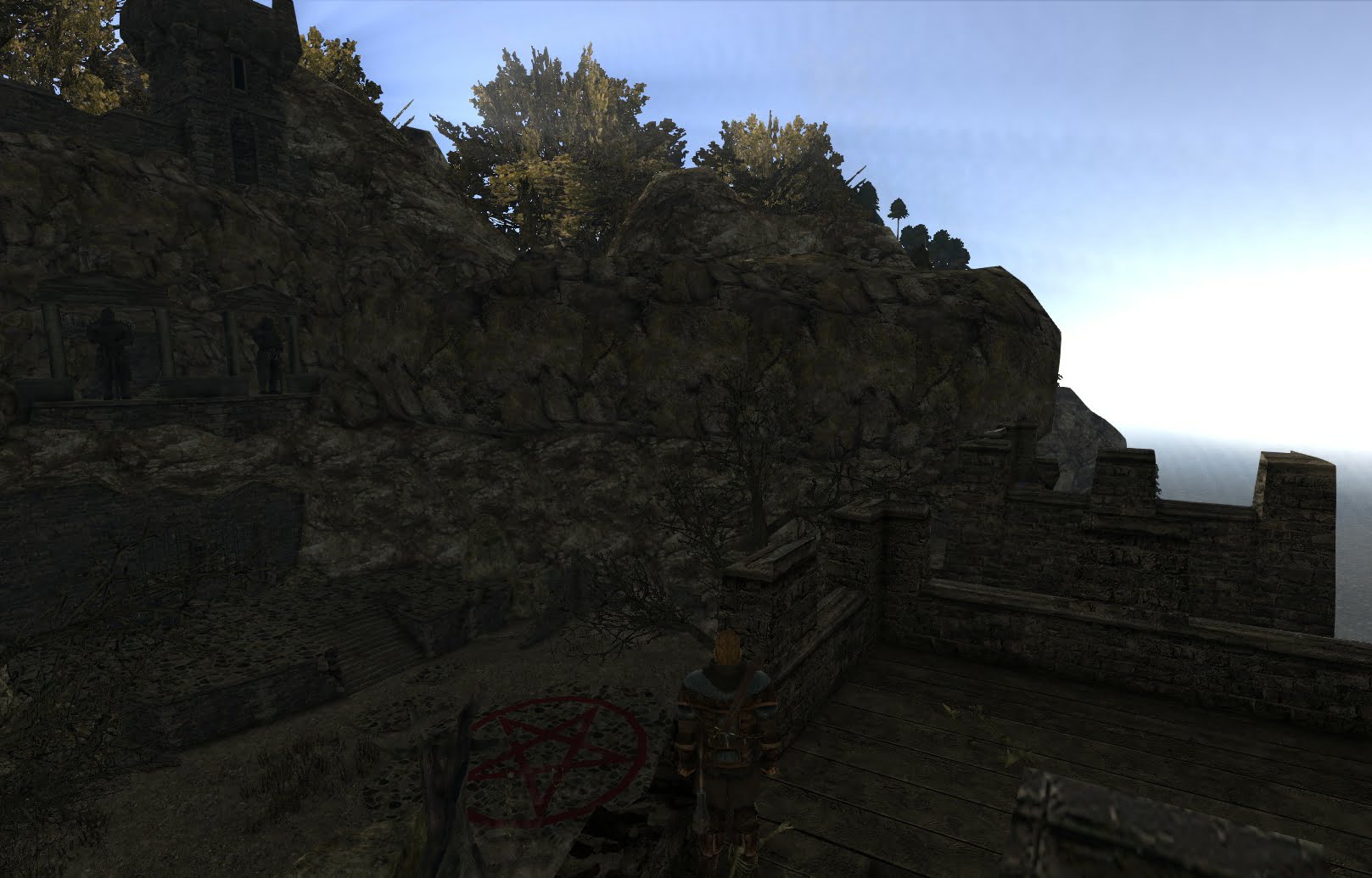 16. Old Crypt next to Fortress of Vardhal

Telerune: in the room to the left of entrance, on the table.
Portal: right after the entrance. 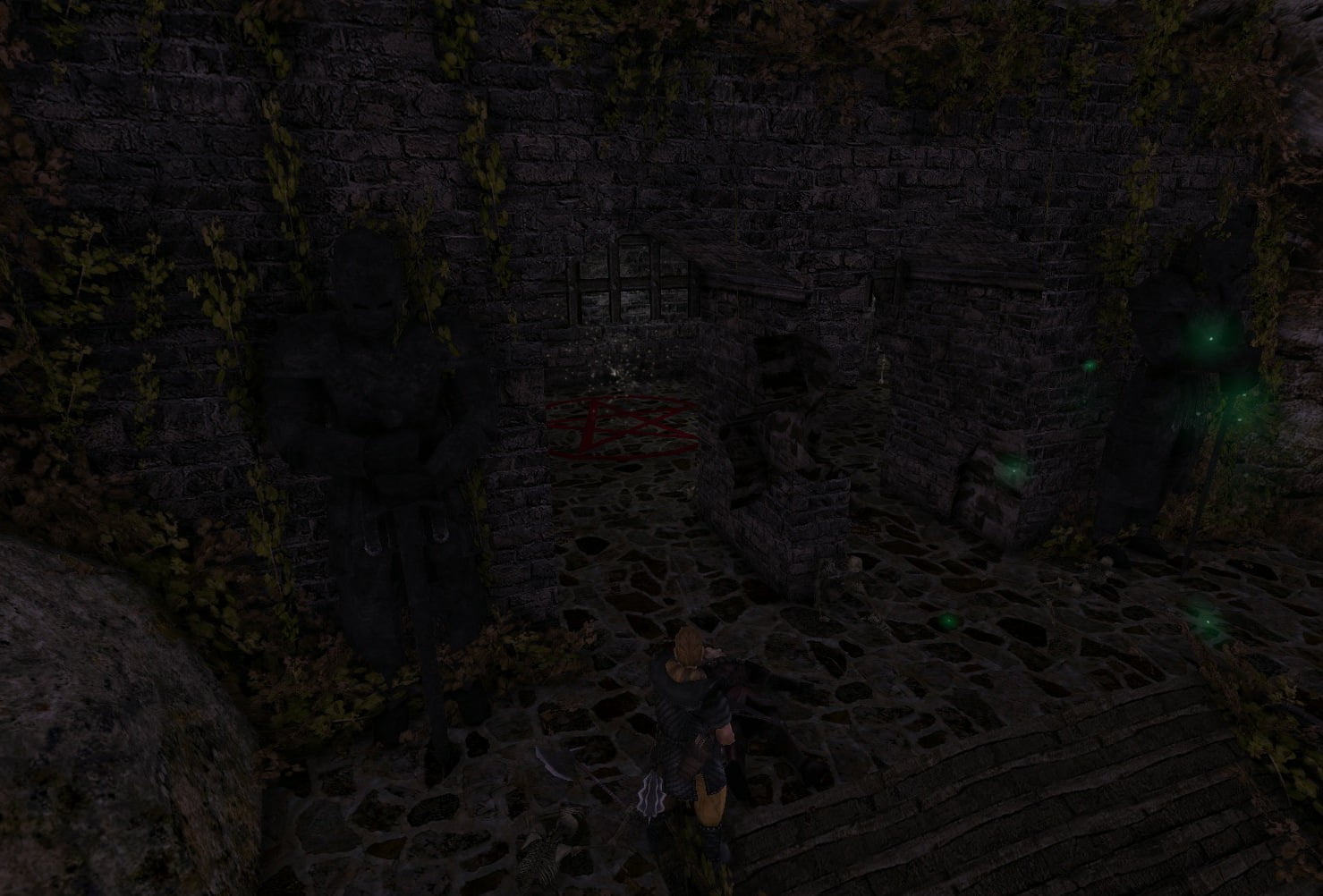 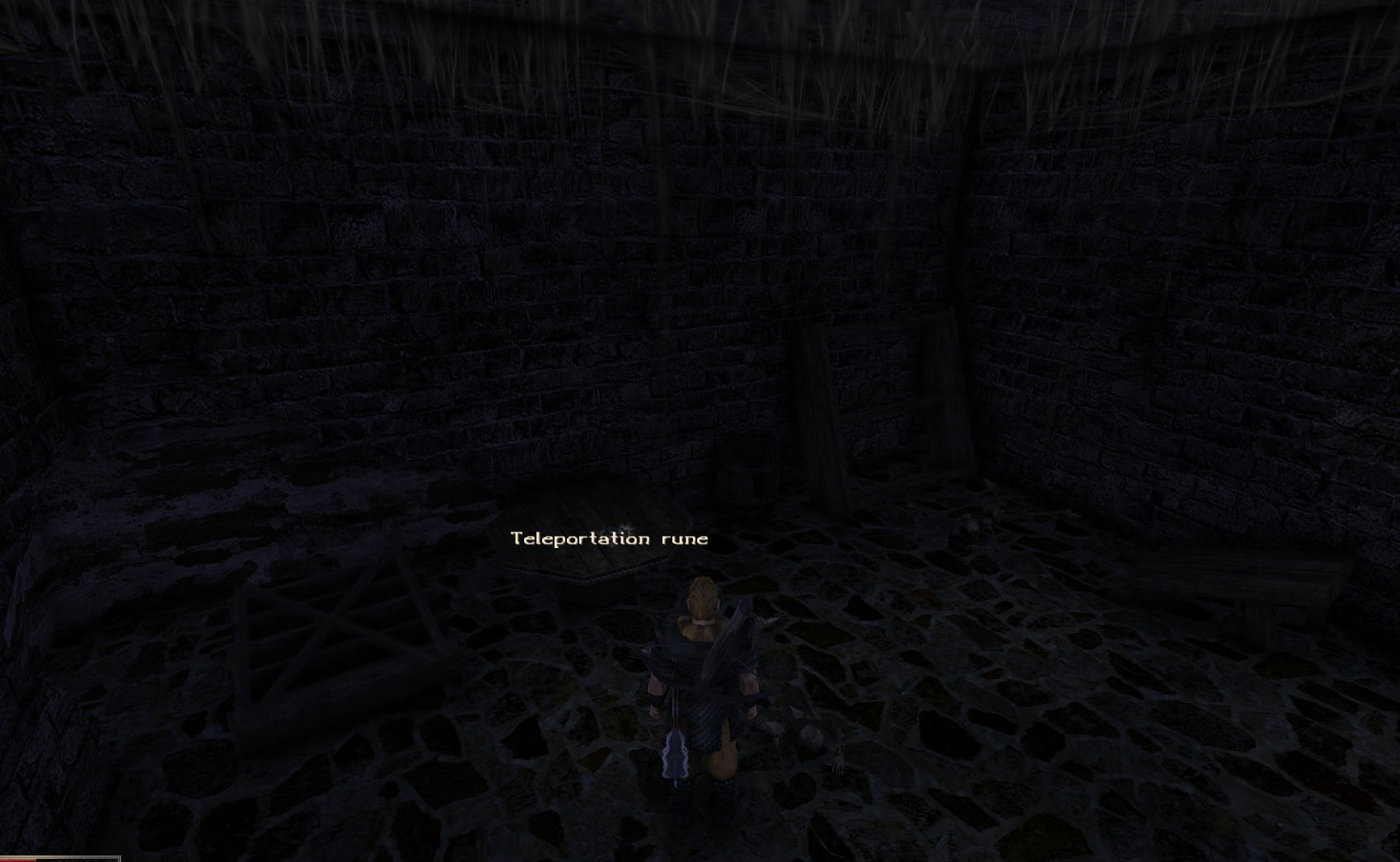 Telerune: NO RUNE.
Portal: dead end of right arm of the cave. 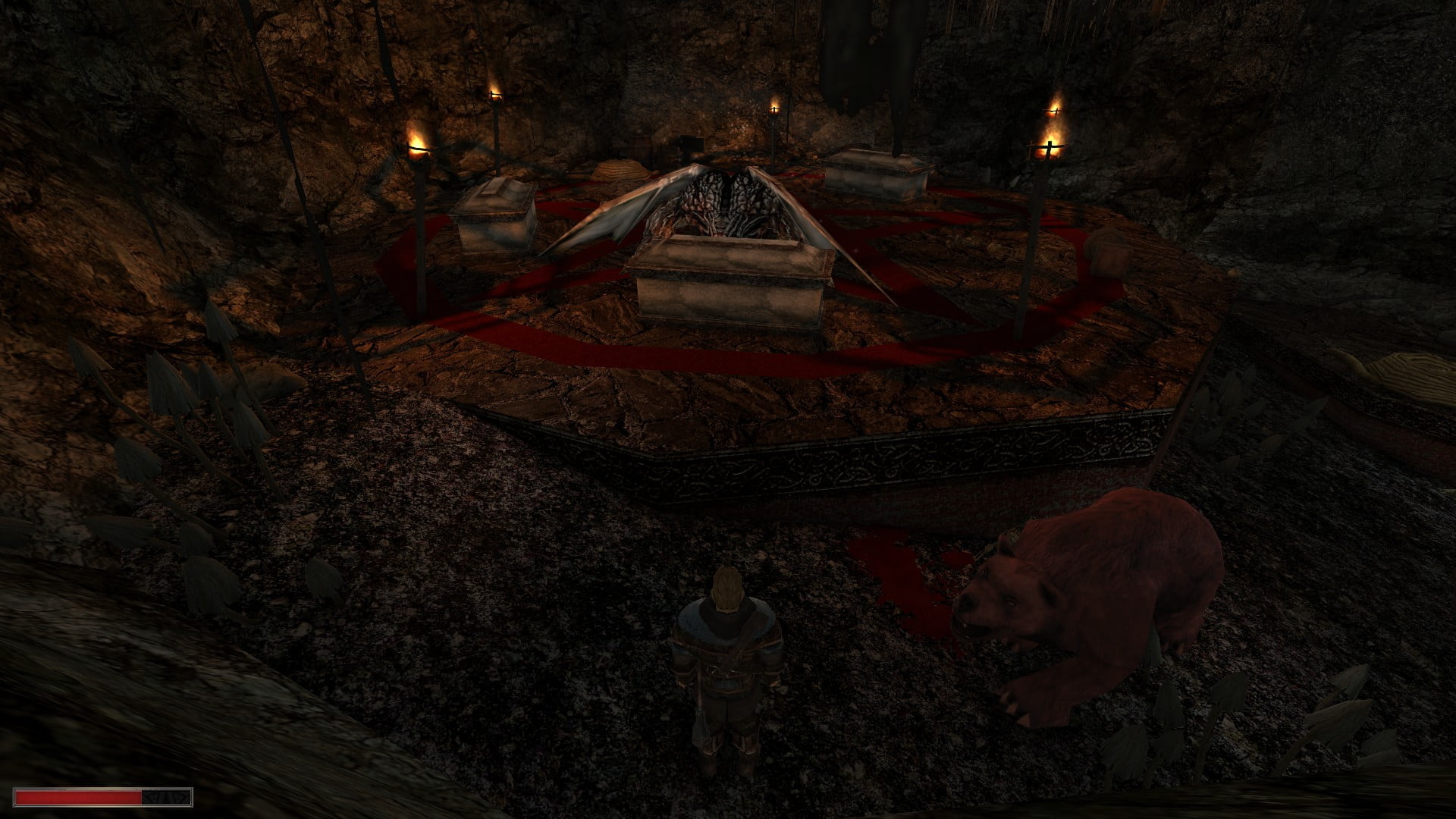