The Vagrant Endings – How to get all Bad and True Endings

If you already defeated any of the bosses without reaching their respective bad ending (assuming you saved past their fight), you won’t be given another chance to get their bad ending until New Game+.

Other The Vagrant Guides:


The count of piety
Failed to defeat Santiago

Dying to either form of Santiago will give this bad ending. Although Santiago’s attacks are generally easy to read and dodge, the Count of Piety’s homing lightning pillars, giant electric spheres, and The Devourer’s electricity beam can easily kill you and net this achievement. 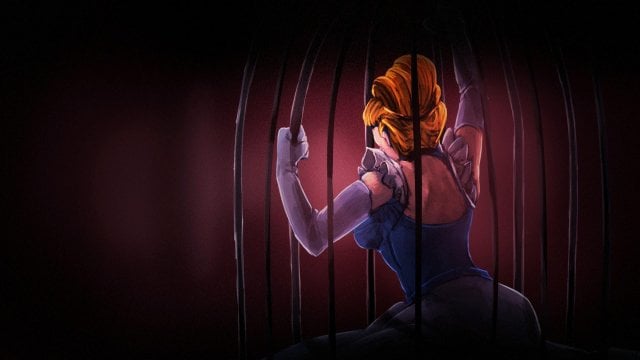 The bear doesn’t have an attack that hits nearly as hard as Maximillian II’s bone wave, so this bad ending is easy to miss.

You will get this bad ending if you manage to defeat the Soulreaper on the very first fight against her. It’s possible, albeit potentially time-consuming to get this achievement without New Game+ due to her bulk and high damage this early in the game.

As for what happens next?

This bad ending is obtained by dying in the second fight against the Soulreaper. It’s very easy to achieve as the Soulreaper can potentially one-shot you with many of her attacks in her second phase, or even in the shockwave transitioning to it! 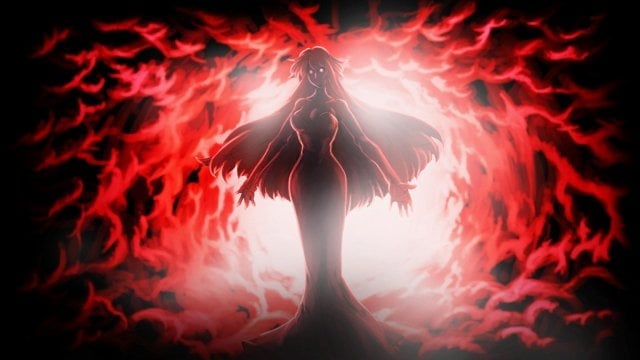 Shroom Prime is a relatively passive boss, and doesn’t hit particularly hard at this point of the game. Unless you stay inside the left mushroom’s poison clouds long enough, this bad ending is the easiest to miss.

Note that you must die in the plot-mandated fight versus Shroom Prime; you cannot use its Rift fight, as that will just give the normal game over.

Defeat the final bosses without going through the required steps for the true ending. The normal ending is distinguished by the post credit scene where Vivian’s parents, Valerie, and Vivian disappear from the family dinner memory.

To summarize the process of obtaining the true ending:

The true ending is distinguished by the post credit scene where Vivian is brought back to life from The Void because of the Mother Bear-blessed seed’s sacrifice, which is then planted and grows into a sapling.

How to Get the True Ending

Step-by-step instructions on how to achieve the true ending.

Within The Vagrant there are two endings, the normal one and the true ending. In order to achieve the true ending the player must fulfill a few specific tasks. This guide will give a step-by-step instruction on where and how to get all the necessary pieces for the true ending. It is recommended you only bother with these steps when you’ve reached Coffinhead, which will be late in the game.

While this step can be done before or after you get the keys, it’s recommended to do it first simply because failing to do this step before facing the final boss of this process will lock you out of the true ending. 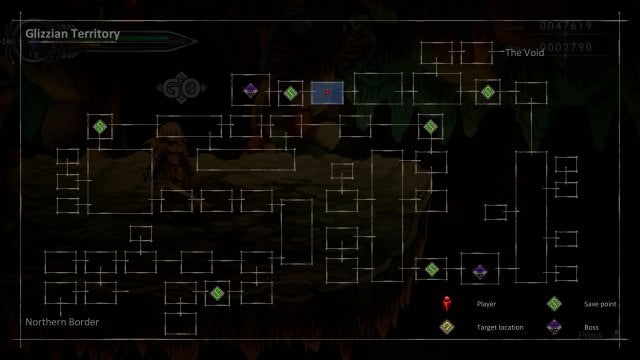 Travel to the Living Quarter. Head left until you reach the room just before the campfire before the mushroom boss. Ascend to the top and look left. Get a running start and double jump as far as you can. You’ll be just barely out of reach of the left platform at the top, so you’ll need to use the Heaven’s Fall skill to give you the extra boost you need. There may be another way to do this without the skill, but this is sure to work. If you need rage, drink a potion or wail on some baddies. Once inside the cave on the ledge, you’ll have to fight a cloaked miniboss with a lot of health. After it’s defeated you’ll be given an item.

The next few steps can be done in any order.

Go to the Bluereel Village travel point and head right until you reach a kid. Look familiar? Time to finally teach this punk a lesson. Talk to him and trigger the fight. After defeating the boss, you’ll get the Diamond Key.

Go to the Throne Room travel point and head right until you reach another kid. Once again, talk to the kid, trigger the fight, and defeat him. Victory will net you the Heart Key. 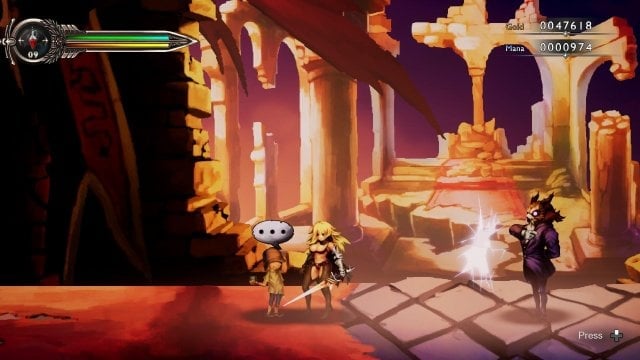 Go to the Seudor’s Church travel point and left until you reach the third and final kid. You know what to do next. Pick up your Club Key and head back to Coffinhead. 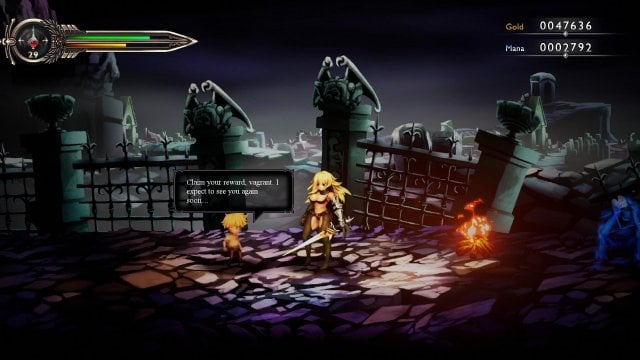 Head to the Coffinhead travel point and go into the room on the left. Ascend the few platforms until you see a cave entrance against a left wall. Inside you’ll find a huge set of doors. Use the keys and enter. From here you’ll be progressing through the stage as normal (the map provided shows the route). At the end you’ll be facing up against a tremendously strong boss. While it doesn’t have more health than average, it can easily kill you in one or two hits. 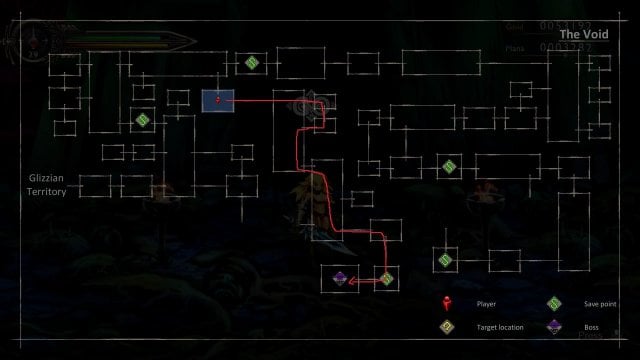 One way to easily defeat the boss is to chug an Adrenaline potion, which will give you infinite rage for 10 seconds. Spam the Tornado Slash skill to eat through the boss’s health quickly. You’ll likely need to use two potions here. Be careful, while you’ll be keeping the boss stunned for the most part, she can throw out an attack or two and end you swiftly.

With the boss defeated, all you have to do now is progress normally through the game and hit up the final boss. After the credits roll, you’ll be given the true ending.