Total War: THREE KINGDOMS is the first in the award-winning series to recreate epic conflict across ancient China. Combining a gripping turn-based campaign of empire-building & conquest with stunning real-time battles, THREE KINGDOMS redefines the series in an age of heroes & legends.

When fighting to unite China, a good leader must know how to recruit the best units for the task at hand. This blog aims to help you understand the conditions for unlocking units in Total War: THREE KINGDOMS.

Total War: THREE KINGDOMS departs from the traditional methods of recruiting found in older titles such as ROME and WARHAMMER. Units are recruited into retinues of up to 6 units that follow their warlord both on the campaign map and in battle. 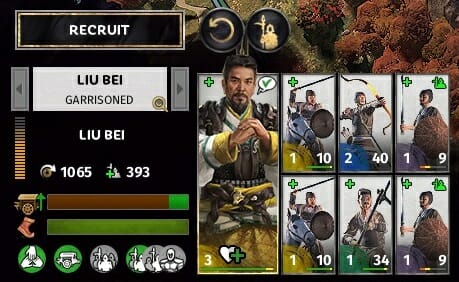 These units are recruited instantly at low health, requiring several turns to muster to full strength (much like units in THRONES OF BRITANNIA). In addition, units are never truly wiped out, instead requiring a number of turns to return to the retinue at low health and time to muster again. If the warlord dies, you can choose to disband their entire retinue or pick a new general to take ownership of the troops. However, remember that the new general’s traits and skills may change the way the retinue plays.

These retinues will follow their warlord wherever they go, even across factions, adding extra value to the talented individuals wandering China seeking a new master. But how do they recruit these units to their retinue?

Firstly, every member of the Han court has access to the basic militia units, regardless of class and level. These are the bread and butter of your forces at the start of a campaign, and are still valuable in a pinch later on. 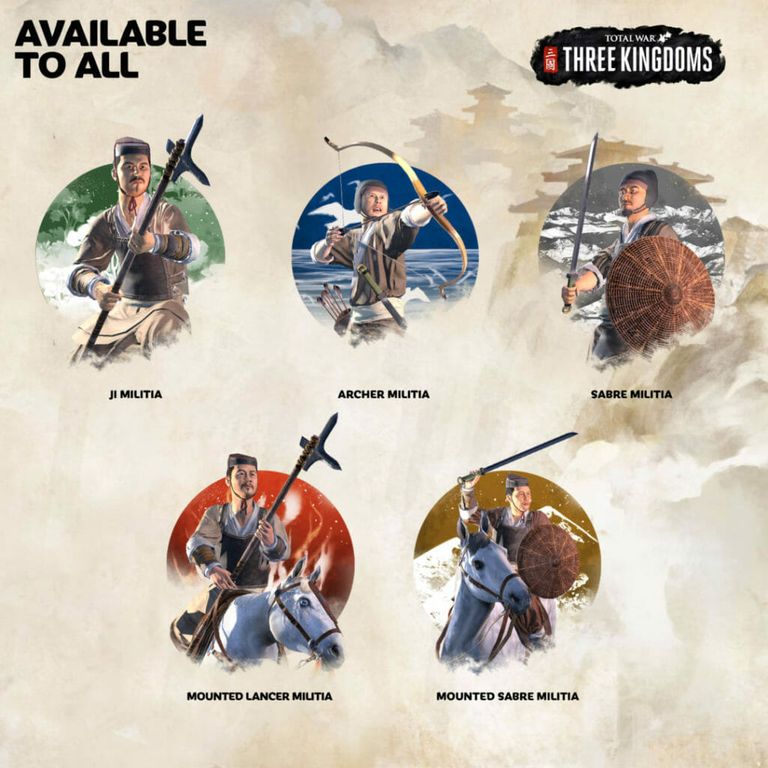 These characters can also recruit more competent troops depending on their class and rank. For example, a Vanguard can recruit all the previously available militia as well as the Raider Cavalry unit.

Some classes have access to additional units as they rank up. For example, when a Champion hits rank 6, they can recruit both the Spear Guard and Heavy Spear Guard.

Some units can also only be recruited into the retinue of a character serving a specific faction leader. For example, generals under Cao Cao will be able to recruit Tiger and Leopard Cavalry once they hit rank 3, and the heavy variant at rank 6.

A studious warlord can also uncover new units through the reform tree, with the powerful Dragon units being available to recruit into the retinue of any serving general once the reform has been completed. 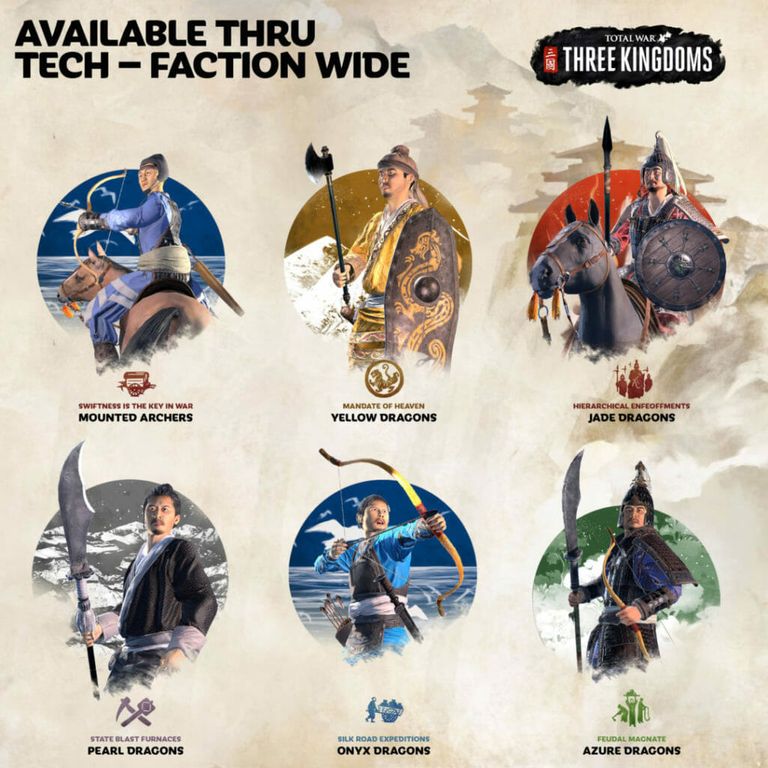 Be aware that some units unlocked by a reform can be tied to a specific class, so for example only a Champion serving a faction who has researched Agricultural Garrisons will be able to recruit Heavy Ji Infantry.

Finally, for those warlords with the power (or audacity) to declare themselves emperor can unlock the formidable Defenders of Earth and Protectors of Heaven.

For example, if you were a Sentinel serving Liu Bei and he had declared himself Emperor of Shu-Han and also researched Tool Distribution and Mandate of Heaven, you could recruit:

A threatening retinue indeed – but the retinue itself is but the start.

A character’s traits, ancillaries, and skills can all contribute to the effectiveness of every unit in their retinue, giving them new formations, battleside abilities (such as vanguard deployment), and stat modifiers.