Zelda Link’s Awakening Where to Find the Sleepy Toadstool

Where to Find the Sleepy Toadstool

Link made his first right into the forest, and continued east, avoiding or defeating the Moblin in his way, until he came across a hollow fallen tree trunk and a sign that warned him of floors with cracks inside. 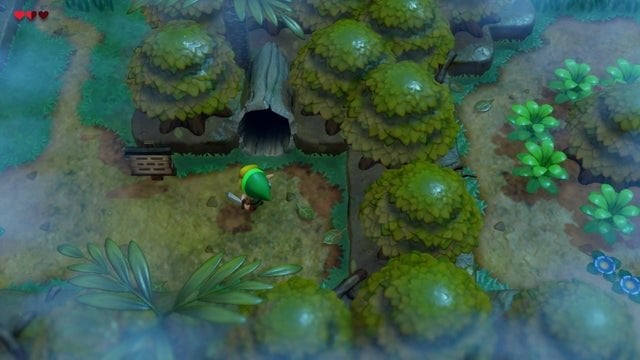 Unfazed, Link entered the opening, emerging into a cave. He eyed the chest in the center greedily.

Taking heed of the warning sign, he destroyed the purple crystals with quick swipes of his Sword while avoiding the cracked floor. But, unable to move the stones, he made a sure-footed path to the other side of the chest. There, with all the purple crystals destroyed, he was able to push the stone out of the way to the left. Inside, he found a Purple Rupee worth 50 Rupees!.

Knowing the cracked floor could not take much more abuse, Link quickly made his way to the north exit, deeper into the cave.

A Heart Piece taunted Link in the next room, but he knew he had not the strength to reach it just yet.

Tip: Come back Later for a Piece of Heart
Later, with the Level One Power Bracelet, Link returned to this same cave to claim the Heart Piece he had taken note of.

Instead, he merely pushed the two stones in his way down to create a path to the exit.

Tip: How to Defeat Armed Enemies
On the other side of the cave, Link encountered a Moblin equipped with a Shield. As crafty as he was though, he knew blocking the Moblin’s attack with his own Shield would enable him to attack the Moblin freely. 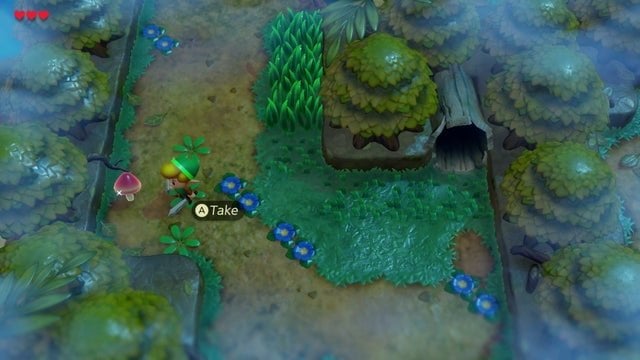 Once out of the cave, Link found a coral-colored Toadstool directly to the left behind some bushes. As bizarre as it was, he pocketed it for later, and then went back into the cave from which he came.