This guide will breakdown how to get that annoying rat to sit tf down.

Other Enter the Gungeon Guides:

There are a few things you can do to generally multiply your chance of success.

First off make sure you alternate left and right jabs when he’s vulnerable, this will let you get twice as many punches off before he guards again.

Finally, (This is mostly optional) try to parry attacks, as you may have noticed, RR flashes yellow with some of his attacks, if you hit him EXACTLY as this happens it will cancel his attack, making him vulnerable, and giving you a super point, up to a maximum of 3.

Phase 1 is simple and easy to finish quickly not take damage.

His first attack is a punch that CAN be parried, if you choose not to parry, just duck this one.

His second attack is an uppercut that CANNOT be parried, duck this one.

You can block both attacks above but it is generally not recommended as he will block immediately after if you block either of them.

His third “attack” isn’t really an attack but just him taunting you, its a free oppurtunity to damage him, if you time it right you can parry it and get a super.

Thats all for this phase, pretty simple stuff but it can get kinda difficult in the next two.

Phase 2 is where it starts to get slightly more difficult.

He drops all attacks from phase 1.

His first attack is 3 punches followed by an uppercut, the 3 punches CAN all be parried, the uppercut cannot, you can duck or block.

His second attack is a tail whip, it must be blocked and CANNOT be parried, he will however be vulnerable after blocking it.

His third attack is one where he flings himself from the back of the mech, it can’t be blocked and you have to duck.

Finally, he will attempt to heal himself with cheese, it CAN be parried right as he puts it in his mouth but won’t leave him vulnerable, if you mess up the timing he will either just eat the cheese or he will block your attack and jab you, stunning you until he eats the cheese.

Thats all for Phase 2.

The Final Phase introduces a couple tricky attacks but they can be dealt with.

He keeps all attacks from Phase 2.

His first attack is a prolonged spin, it CAN be parried during its startup, but if you don’t you simply block, it hits 4 times and leaves him dazed and he is vulnerable for longer allowing you to get more punches in.

For his second attack, he jumps to the back left or back right of the mech and throws a briefcase at you, you can punch it back if you time it right but its much simpler to duck under it.

His final attack is arguably his strongest attack, and it’s his wind up punch, it cannot be blocked or dodged, and it MUST be parried to stop it, he flashes yellow after 3 spins, if it helps, if you fail to parry it it will do alot of damage to you so try your best to not get hit by it.

And after that… you’re done, you win the fight and then he tells you his life story and then calls your face a true tragedy, then you can kick his body around because screw that guy honestly, and i guess more importantly claiming your loot. 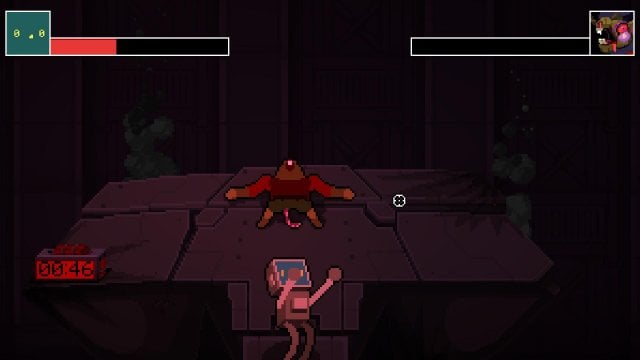 How to Maximize Loot

Just by fighting him you get 1 key for free on the first hit and 1 key for beating him, as well as health and armor, and a random A or S tier item on the killing blow, however if you finish each phase by using a super from parrying an attack he will drop an extra key, for a total of 3 extra, he will counter with a casey in the first 2 phases and to avoid that you just need to duck, after that you have a total of 5 keys.

If you finish him with a super he goes flying off the mech into the back wall and explodes, which might be a little overkill, but who cares. 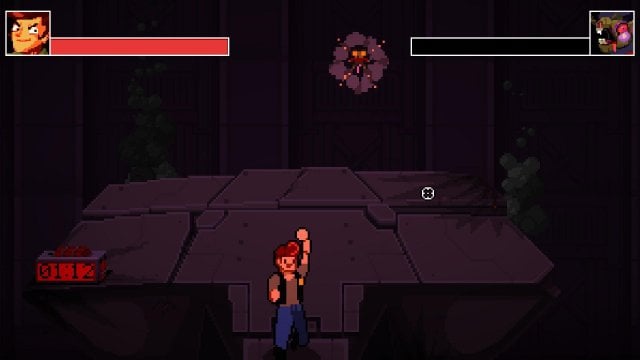