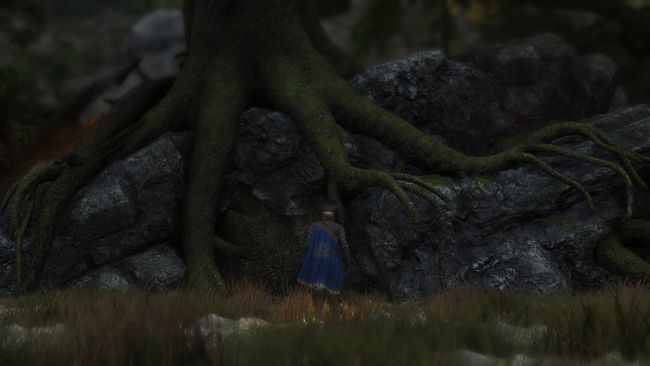 Talk to Constantin about the Ancient Ruins

This task will start after the quest The Battle of the Red Spears. Just return to the New Serene palace and talk to Constantin.

Mystery of the Ancient Ruins

This mission will start automatically after the above-mentioned quest. Talk to Madame de Morange and then go to the indicated location. Move to the right of the ruins, to the mining town. 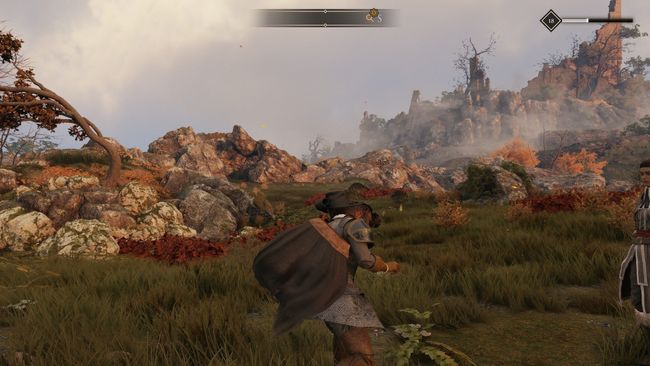 Question miners and enter the mine. There are several ways to go further. In addition to the monsters, there’s a narrow hole in the gallery but you’ll need 2 points of intuition. In the gallery on the right side to which you can climb using the ladder, you’ll find a broken wall. To blow it up, you need science (1 point) and a bomb. There’s a grate there – you should repair the mechanism to open it. Return to the initial mine and talk to the indicated character. He will provide you with a draft. Find all ingredients or use the other option: get out of the mine and buy a new gear from the merchant in the mining town. It costs 33 coins. Apply the gear and lift the grate.

Whatever option you choose, you’ll get into this cave anyway. Follow the marker and get to the ruins. Come to them, light the fire and look around. On the left side, you’ll see a big monster. Having defeated the creature, you’ll be able to search the chest in the corner and get a legendary weapon. In the nearby, you’ll find a quest chest. Examine the letter that is inside this chest. Go to the opposite side and find a barrel. Inside, you’ll find a rusty key. Follow the marker and examine the second chest to find a seal of the Congregation of Merchants. Once you have performed these actions, return to Constantin to complete the quest.

Reward: 1500 experience points, +1 to reputation with the Congregation of Merchants.

This quest begins following the completion of the quest Mystery of the Ancient Ruins. Talk to the admiral, then head to San Matheus and talk to the bishop and general Fernando. Leave the general, turn to the left and see a fence. Behind the fence, you’ll see a soldier – it is difficult to bypass him. Ideally, you should have Nauts’ clothes. If you have them, you’ll be able to go past him and enter the port administration. Go upstairs, go through the barracks and find a note in the office.

Cross the fence from the port side and head to the warehouse. Search the first floor and the second floor until you reach a conclusion: there are no idols here, etc. Move to the port and question several people which are highlighted by ordinary markers. Go to the tavern and get to the inquisitor. Having talked to him, convince him to help by using Petrus (if he is with you) or charisma.

After this, enter the tavern, go down and get to the Coin Guard room through the brothel. The door is located under the stairs, below. Bribe the guard for 80 coins and use the key to open the cell and release the Nauts.

Go to Mother Cardinal palace and talk to her. You’ll get +1 to reputation with Theleme. Go back to the admiral in New Serene, talk to her and then to Constantin to complete the quest. At this point, you’ll learn that the cousin is infected by malichor.