Pathfinder Wrath of the Righteous Secret of Secrets Achievement Guide

This guide includes a map of the Midnight Fane and instructions for unlocking the “Secret of Secrets” achievement.

The reward for this achievement is a +2 Constitution Tome and the powerful ring for spontaneous casters, “Earth Unleashed”.

Other Pathfinder Wrath of the Righteous Guides:

The hidden passageway for the Secret of Secrets achievement is located in the Midnight Fane (End of Act 3 or return during Act 4 or 5).

In order to open this passageway, all the switches marked with a ‘+’ on the map will need to be closed. This includes the two prison doors.

Once done, return to the yellow star, and head down the now revealed spiral staircase. 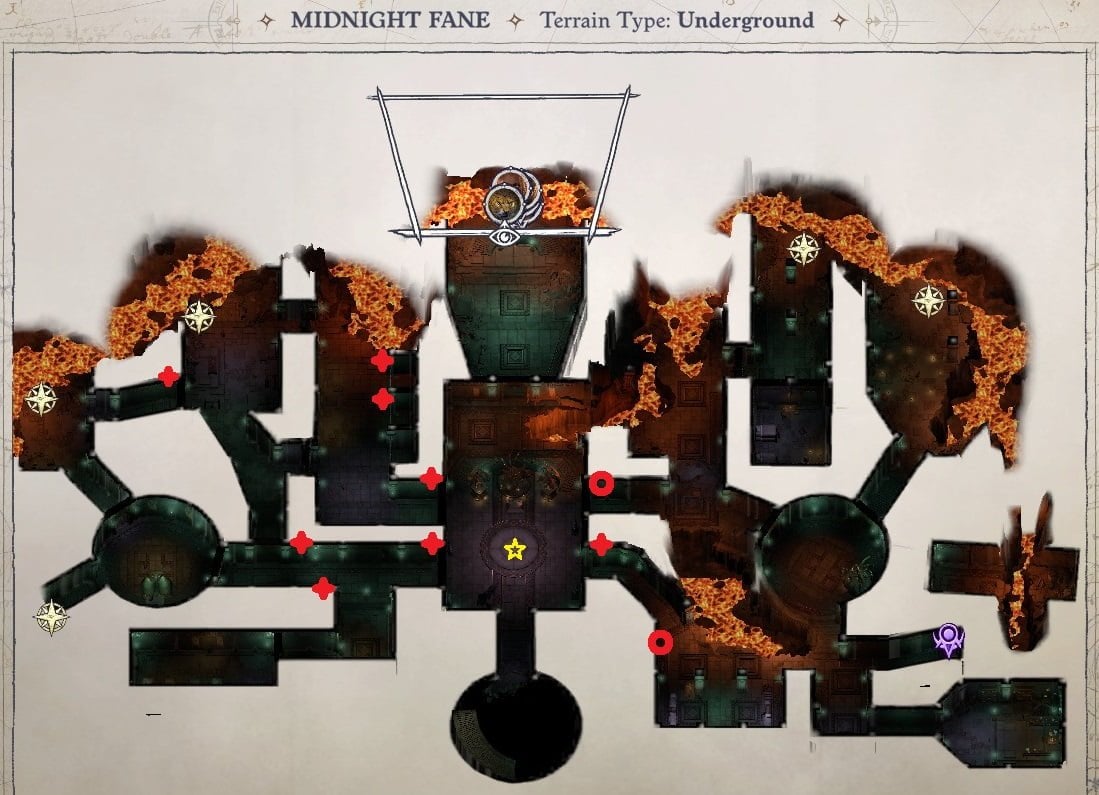 Nothing is free though. The chest with the loot is trapped Acid Fog, and the perception and disarm checks were 53-54 (Core, Act 4).

Save before opening the chest. Prepare to fight four level 27 vescavor swarms (Core difficulty) with about 48 AC. You will want to defend against constant confusion application via Gibber.

The loot is worth the trouble. Enjoy the ring and the +2 CON tome.