A Short Walk in a Pretty Town

A Short Walk in a Pretty Town is one of the main missions available in Red Dead Redemption 2. A rather dramatic mission – your interests with the Grays and the Braithwaites end with a spectacular shootout in the town. 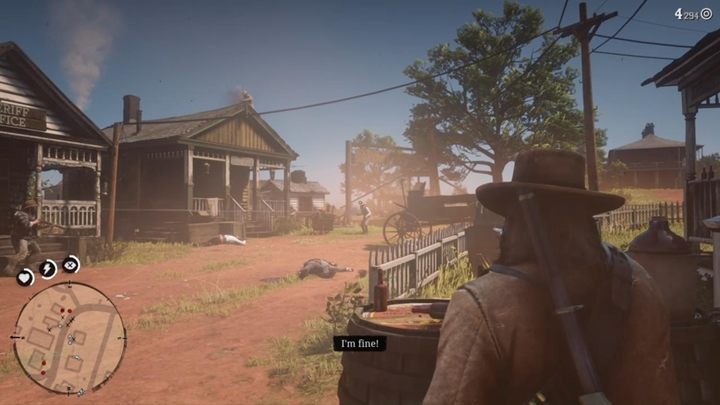 How to get a gold medal in A Short Walk in a Pretty Town? 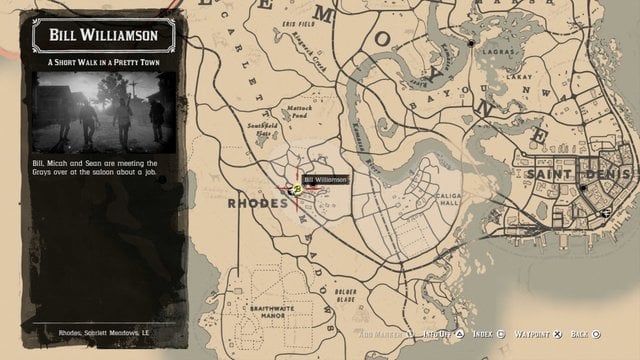 Approach Bill in Rhodes to start this mission. He says he, Sean, and Micah have been waiting for you. The Grays need some security detail, apparently – just another job. 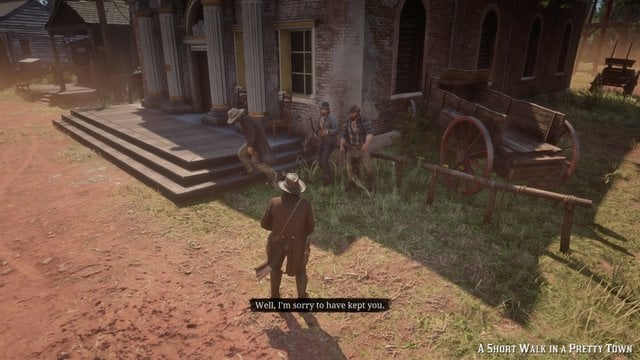 Walk down the main street with them. Arthur will get a bad feeling, but before you can act on that, Sean gets shot from out of nowhere. 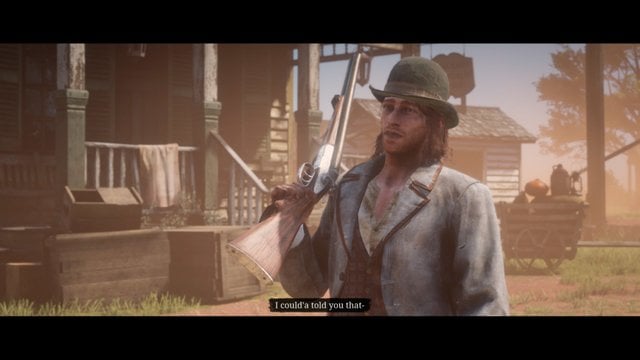 Please take a moment to pause and give a moment of silence to our poor boyo.

It was a trap. Everyone scrambles, with Arthur angrily yelling at Bill. Take cover behind a cart. They’ll soon discover most of the enemies are holed up in the gun store. Head to the west side of the gun store to find a back door, and kick it in. 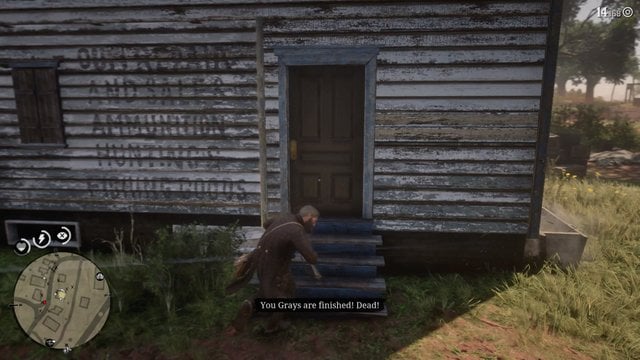 Once inside, go back to the front of the store, using the walls and windows as cover. After killing enough of them, they’ll start to run. 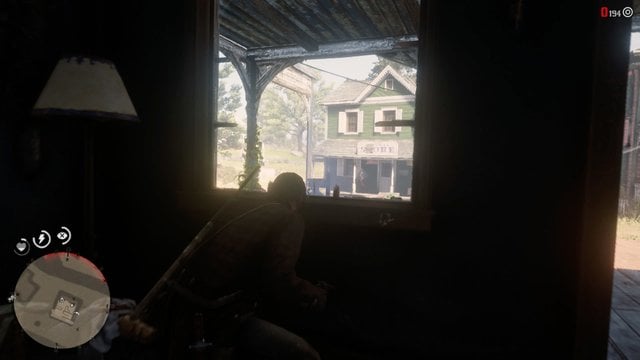 Micah will go outside and start antagonizing the sheriff from outside his office. Make sure to finish looting before you approach them – afterward, you won’t be able to.

Approach to trigger a short cutscene. The sheriff and the law have Bill hostage, and tell you to drop your guns. But – they’ve obviously set themselves up for a perfect Dead Eye shot. Micah will call for you when it’s time. 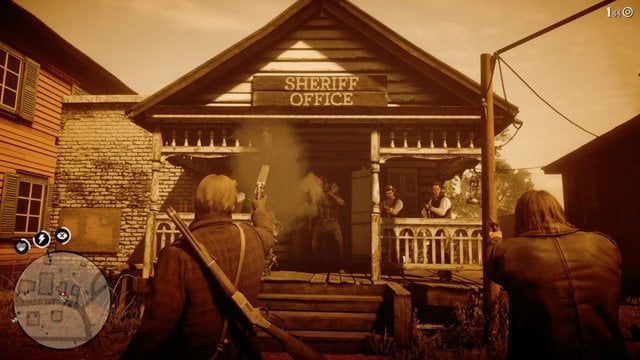 Use Dead Eye to kill them – shooting the main who has Bill hostage first.

Once Bill is safe, the three of you will collect poor Sean’s body and ride away. Arthur is incredibly irate, and tells Micah to get out of his sight, in short. 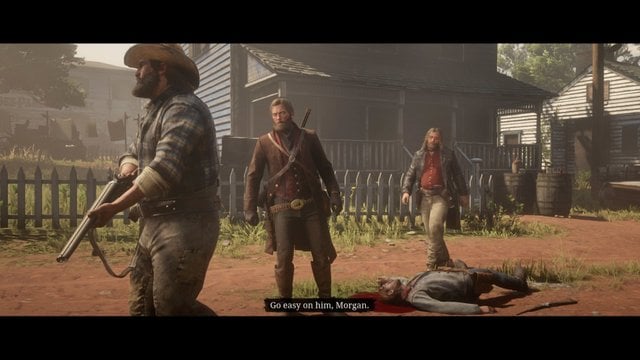 After completing this mission, Rhodes will be in lockdown. Be wary of returning there.