Jim Milton Rides, Again? is one of the main missions in Red Dead Redemption 2. Mr. Geddes is thankful to John for his help in dealing with the Laramie gang. However, the bandits decide to go back on the ranch during the night. 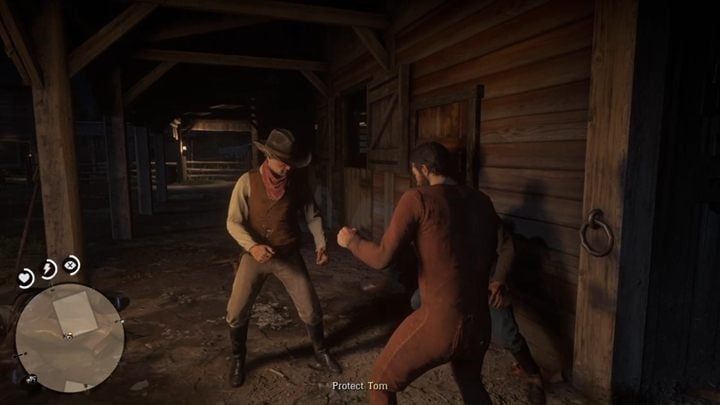 How to get a gold medal in Jim Milton Rides, Again? 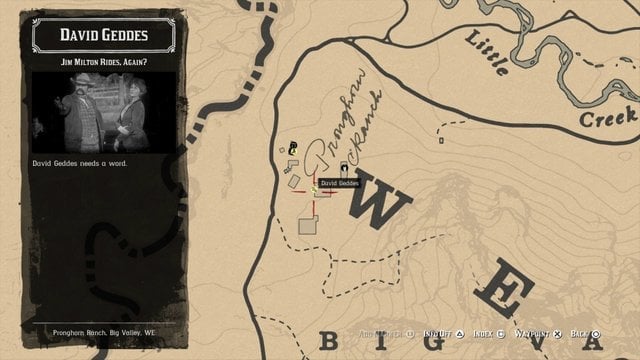 To start this mission, head to Mr. Geddes on your map. He says he’s a bit worried about the Laramie boys, thanks John, and sends him on his way back to his family.

John shares a nice meal with him family, and they get to bed. Unfortunately… gun shots wake you up. John runs out in his longjohns, to find a bunch of the ranch on fire. 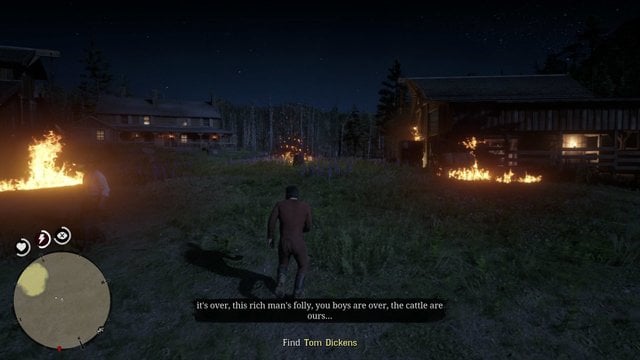 Head straight to the yellow marker to find Tom and protect him. Beat up the men accosting him. It’s the Laramie Gang, again.

After fending them off, Mr. Geddes joins you. He says one of his hands was killed, and his cattle were stolen. He tells John he doesn’t care what he used to do, but he knows he can handle himself and needs his help getting the cattle back and protecting the ranch. 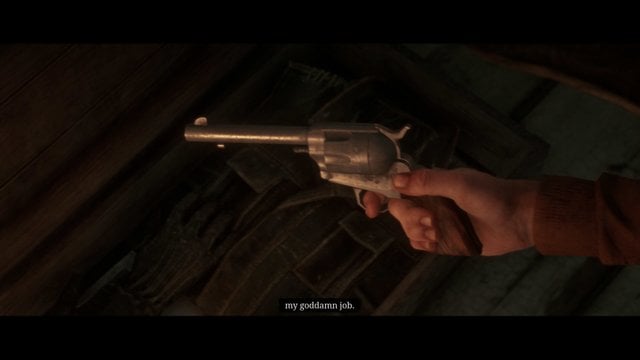 John returns to the cabin and retrieves his guns, much to Abigail’s chagrin.

Now get on your horse and lead the way to the Laramie’s ranch. When you get close enough, you will all dismount. John takes charge, and tells one to give cover, the other to flank. John is going to distract them one minute before going in. 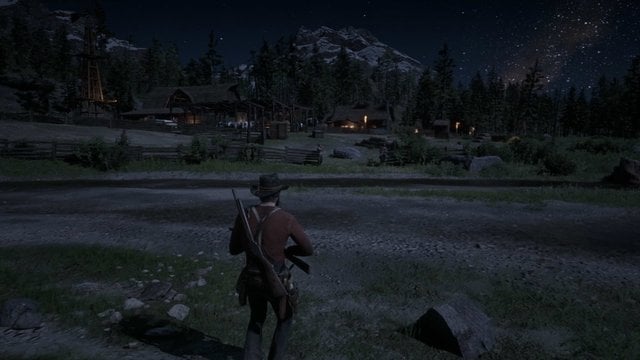 Approach the buildings. John will start talking to the men, but they’ll point your guns at you just a few seconds after. 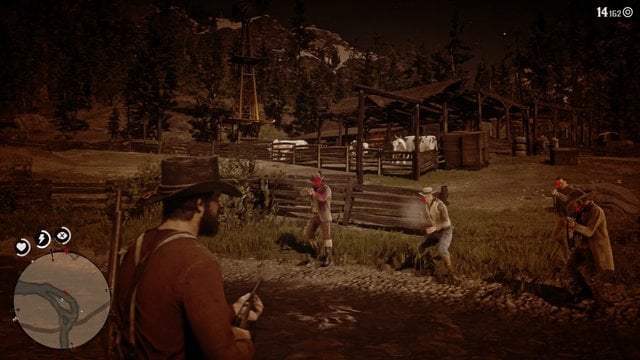 Move forward, shooting men as you go. Be wary of the men on the second story of the bar.

After taking out enough of them, you’ll hear a man inside the barn yelling nasty insults your way. Head inside to get him. 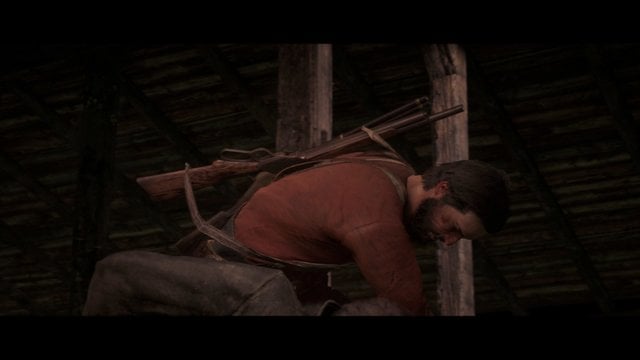 No matter what you’ll do, he’ll attack you from behind. Fight him off with your fists. Stick to short bursts of punches – he’ll block your full combo.

Once you’ve beaten him enough, you’ll knock him to the ground. John will aim a gun to him as he hurls more insults your way. You have no choice but to shoot him. 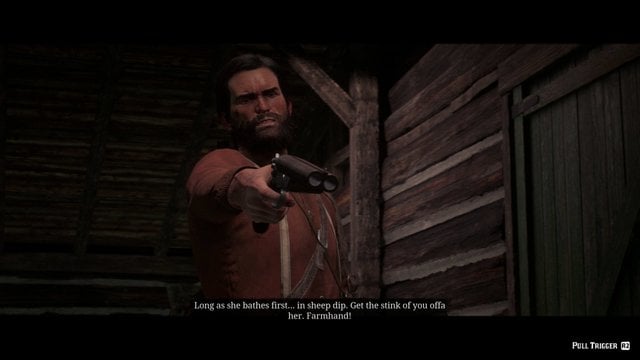 Now leave, get on your horse, and ride back to Pronghorn Ranch. When you arrive, you’ll go straight to your home to meet with Abigail. 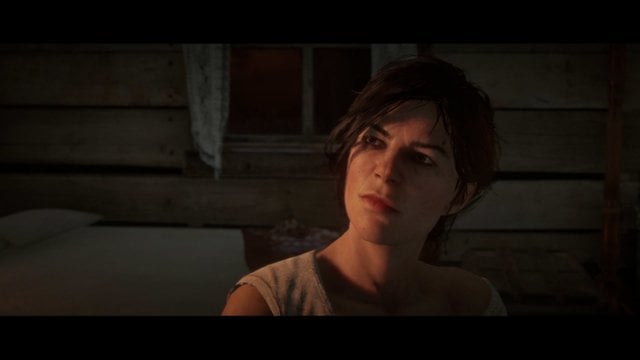 She’ll greet you with the most disapproving of looks. After questioning her, she’ll go to sleep, silent.