The Fine Art of Conversation

The Fine Art of Conversation is one of the main missions available in Red Dead Redemption 2. Arthur participates in the meeting between colonel Favours and Rains Fall – the chief hopes for peace. 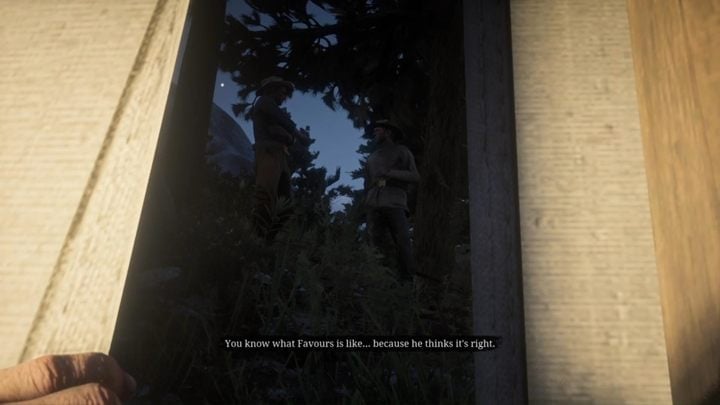 How to get a gold medal in The Fine Art of Conversation? 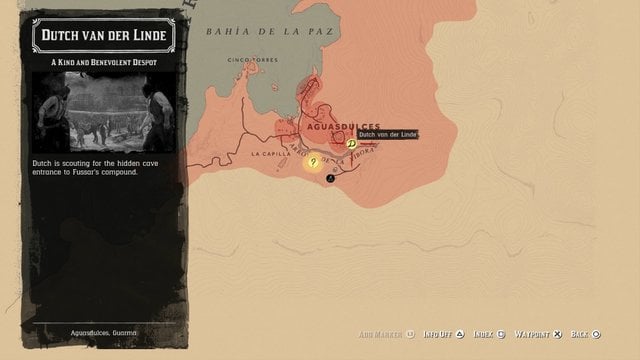 To start this Red Dead Redemption 2 mission, talk to Josiah Trelawny at camp. He’s leaving, and promises he’ll be back, but Arthur knows that not to be true.

After he says his goodbyes, Charles approaches you with Rains Fall. They ask Arthur to keep the peace while the Native Americans meet with the army. They hope to come to an agreement that will result in nothing but peace. 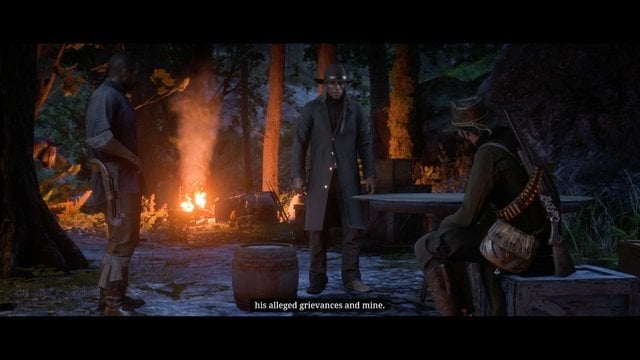 Arthur reluctantly agrees after Charles plays the “I’ve saved your life” card. Get on your horse, and follow the two to the meeting place.

When you arrive, get off your horse. You’ll automatically be placed next to the conversation around a table. Soon, Arthur will be racked with a cough he can’t control. 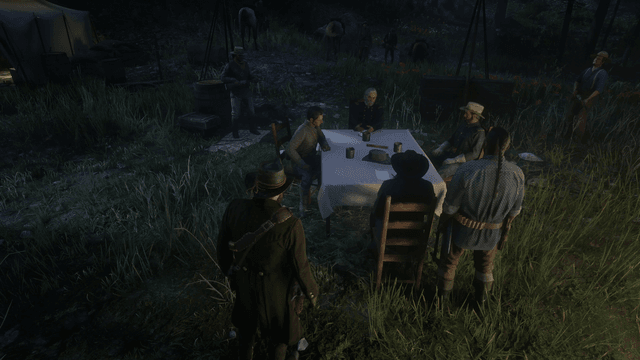 Colonel Favours asks for you to be taken away so you don’t disturb the discussion anymore. When you’re at the tent, use the left stick to lean toward the faint voices you hear. 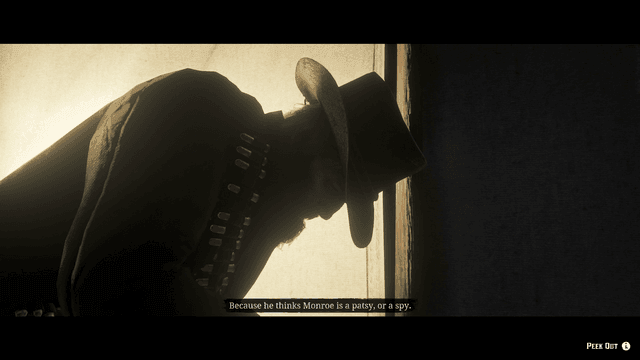 You’ll learn that Colonel Favours plans on having Captain Monroe tried for treason. After a little while, Arthur returns to the discussion table. When you’re leaving, you’ll hear Colonel Favours begin to enact his plan on poor Captain Monroe, and Arthur will intervene, taking a man hostage and telling Monroe to leave with them. 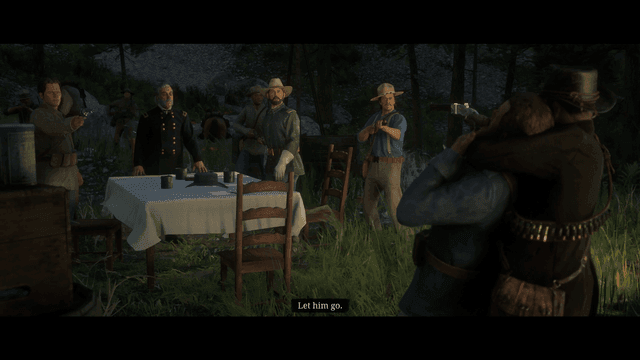 Back straight up with the man who’s held hostage. When you get close enough to your horse, Arthur will push the man away. Get on your horse and ride away, shooting at the men who go after you.

When you get off your horse, you’ll be surrounded. Stay next to Monroe the whole time to protect him. You have to kill every enemy. 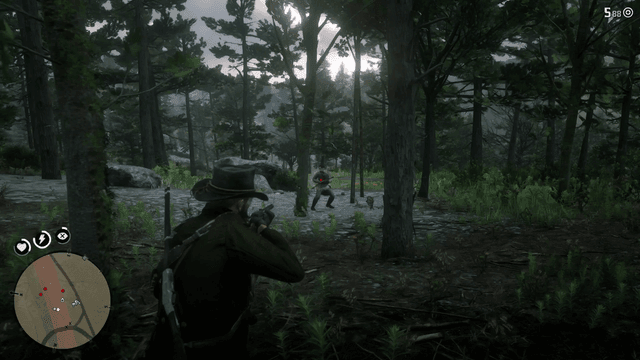 When you have, get on your horse with Monroe. More will come after you. Shoot them. Follow Charles to the station.

On your way, Arthur will tell Monroe that Favours had been planning to have him hanged. When you arrive, Arthur hands some cash to Monroe and sends him on his way. 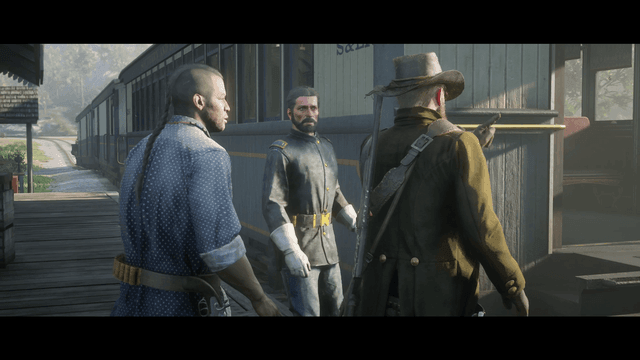 Then, you see Reverend Swanson at the station. Turns out, he’s running, too.