Here is a few maps to use while you all get scummy! There are plenty of markers to show where each area is that you’ll need to know!

Here is the map with everything. It includes as follows: 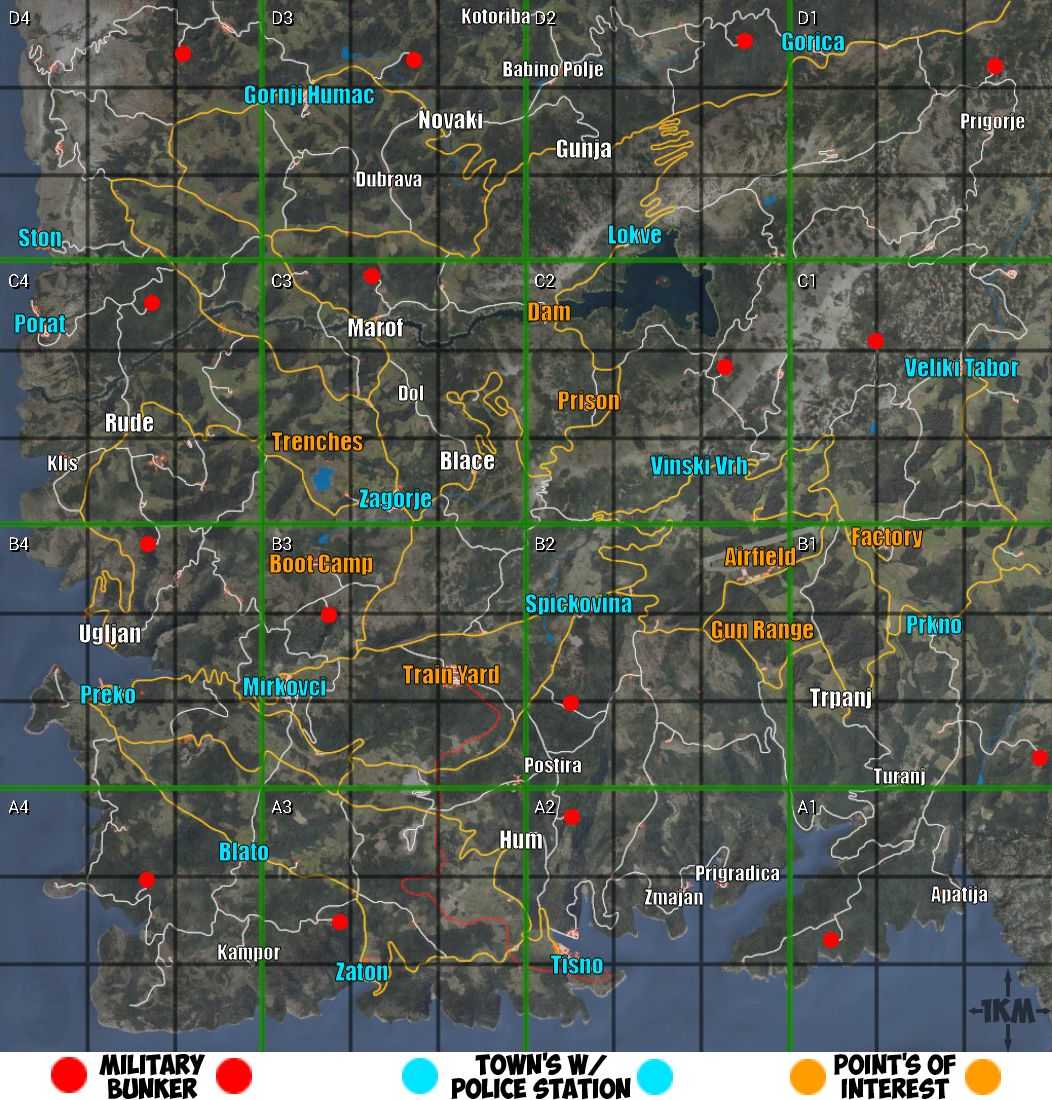 This next one is the same thing as the above, but without all the grid lines. This one just shows a grid every 3km. 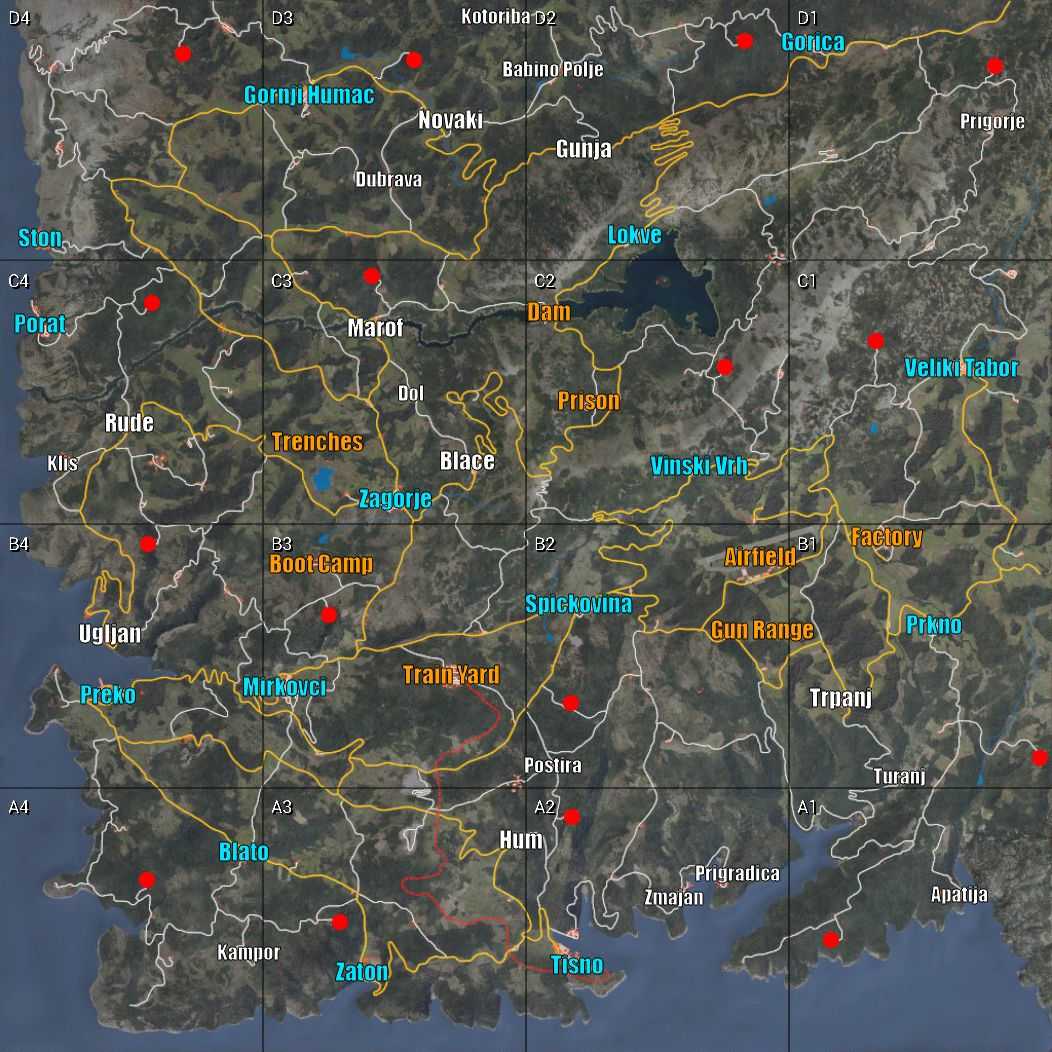 This last one is the map without all the points of interest and without the bunkers being marked! 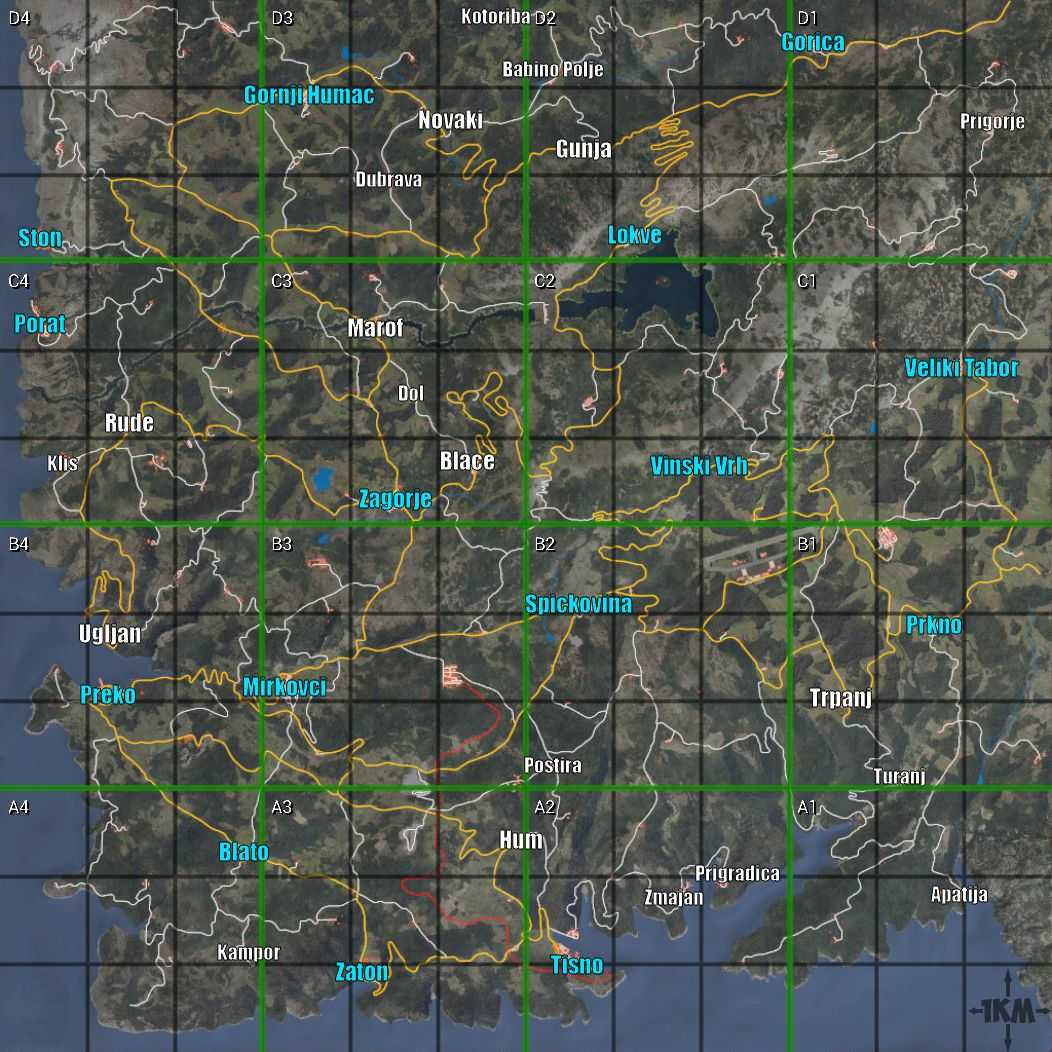