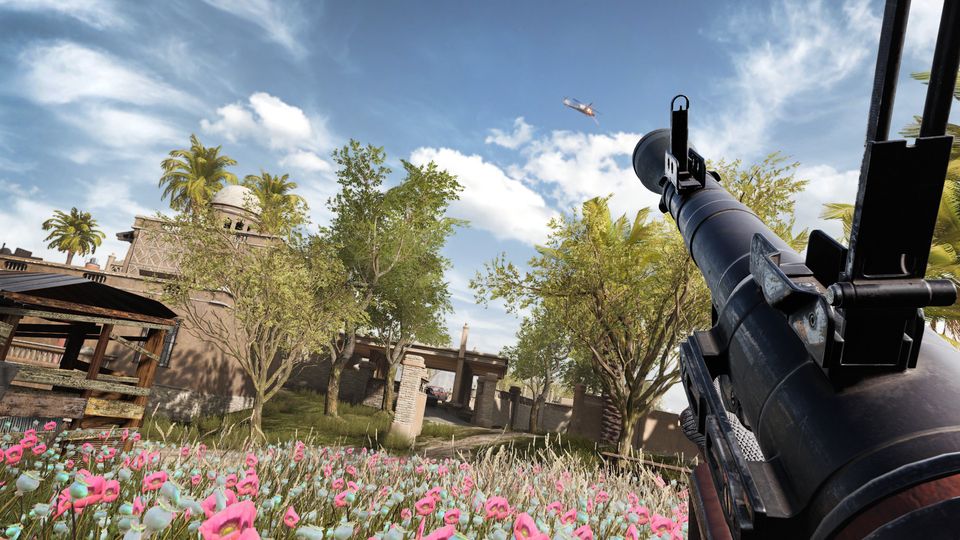 Versus Gameplay tips and knowledge.

Insurgency: Sandstorm develops its own unique gameplay through its mechanics, such as movement, weight, bullet, and loadout system. The following tips and information are those of my own recollect and experience with the game and through in-game meta that I notice. Information is subject to change with the introduction of game updates.

Divided into seperate mechanics below is a foundation to build knowledge of the game. All mechanics below are important, don’t leave any out. A lot of gameplay is situational, so think and act according to how your game is going. Also, prior to digesting all this information, common sense is the best tool to understanding the game and winning.

Movement
Movement mechanics are often overlooked by new players of any genre. Mastery of movement can give you a competitive and fun advantage over other players, whether it be quick peaking or exploiting a skill jump. Insurgency: Sandstorm’s movement does differ from it’s predecessors, since it moved away from the Source engine to Unreal Engine.

Note: Versus includes three gamemodes: Firefight, Push, & Skirmish
The three game modes can create their own contrasting meta, due to their differing objective goals and map sizes. The next two mechanics, Map Control and Team Work, do go hand in hand.

Map Control
Map control is an important aspect to dominating the enemy team. Working both solo and with your team to open parts of the map up and control them allows for an easier path to the objective. Having friendlies near or capturing the objecting, while you are still behind slowly checking already cleared paths, ruins an attacking advancement.

Team Work
Communicating with your team does help, but that’s not all to worry about. Cohesiveness as a team, i.e. moving together & watching different entrances, makes a world of difference. This section does assume you have a microphone and ears. Those who only type do help, but the information is delayed and puts the typist in danger.

Gunplay
Understanding the bullet mechanics is essential to develop skilled gunplay. Also tied in to gunplay is the point system, as it affects which equipment you can carry together and how much of it.

Gunplay, while it is the barebones of the game, is a more niche mechanic in the overall playout of a match. Having skilled gunplay is usefull for solo play, but carrying the team consistently is not the most fun. Reliable teammates do create a more enjoyable atmosphere.

Point System
Loadouts are determined by a point value system in Insurgency:Sandstorm. Each class has dedicated equipment and firearms. All guns and equipment are useful. Higher valued items do not mean they are better.

Below is other knowledge that didn’t solely belong to the previous section.