The classic multiplayer roguelike, Risk of Rain, returns with an extra dimension and more challenging action. Play solo, or team up with up to three friends to fight your way through hordes of monsters, unlock new loot, and find a way to escape the planet. 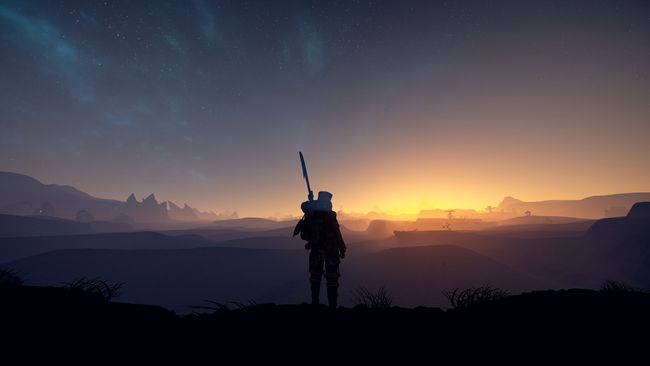 The developers implemented 44 achievements and you have to complete the game at least thrice to unlock all of them. Although only one achievement requires co-op, it’s highly recommended to play and complete the game with a friend. It will make your life significantly easier.

Saves
The game has a really transparent save system which allows you to easily make backups for gaining advantage in picking loot, crafting resources and unlocking achievements. You can find the files here:

This is especially useful for the “They’ll Tell Stories About This” achievement since you don’t have to start all over again if you die. So don’t forget to backup your saves before fighting sttrong enemies or entering dungeons.

Simple Tasks, Crafting, Kills and Skills Achievements
You can obtain these achievements at any time, no matter which of the three joinable fractions you choose. However, you could block some of them for you or your friend while playing co-op. So make sure to fairly split up actions before progressing too far, e.g. “Home Sweet Home” for buying a house.

Quest Achievements
There are three different quest lines in the game. Your path depends on the fraction you join – the Blue Chamber, the Heroic Kingdom or the Holy Mission. Once you made your desicion there is no turning back and you won’t be able to join the other fractions with your character.

Although you’ll have to make a lot of decisions on your journey, you can’t reach a dead end in the quest line. You may lose cities, allies or important fights – but you won’t lose the possibility to complete the four main quests of a fraction. However, you can lose the parallel quest and hence an achievement. So try to focus on the parallel quest as soon as it appears in your journal.

Unfortunately, only the host of a co-op match can unlock quest-related achievements.

Fresh Off the Boat
Start a new character.

Simply create a character by starting a new game.

Get equipped and leave Cierzo. You need:

You can find a weapon at the starting area (machete) or behind the big rock next to your lighthouse (quarterstaff). The backpack is inside the lighthouse and the waterskin is next to the well at the beach: 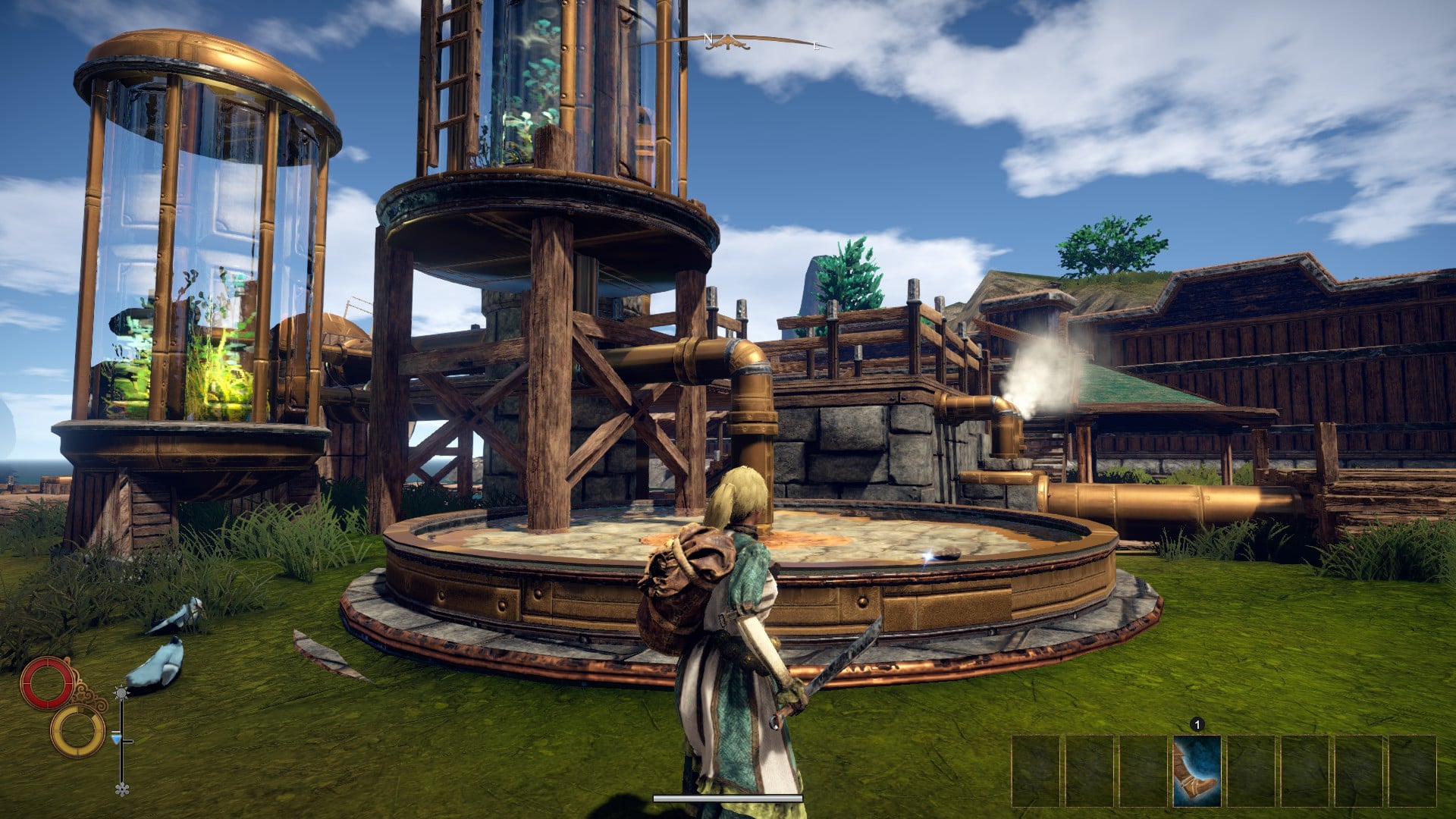 Hook, Line and…Harpoon?
Use a Fishing Harpoon to fish.

Catch a fish with a harpoon. You can find harpoons throughout the world and you can buy them from traders for 25 silver coins. If you are still in Cierzo and you haven’t picked the one in the starting area you can find another one at the end of a dock, behind the well: 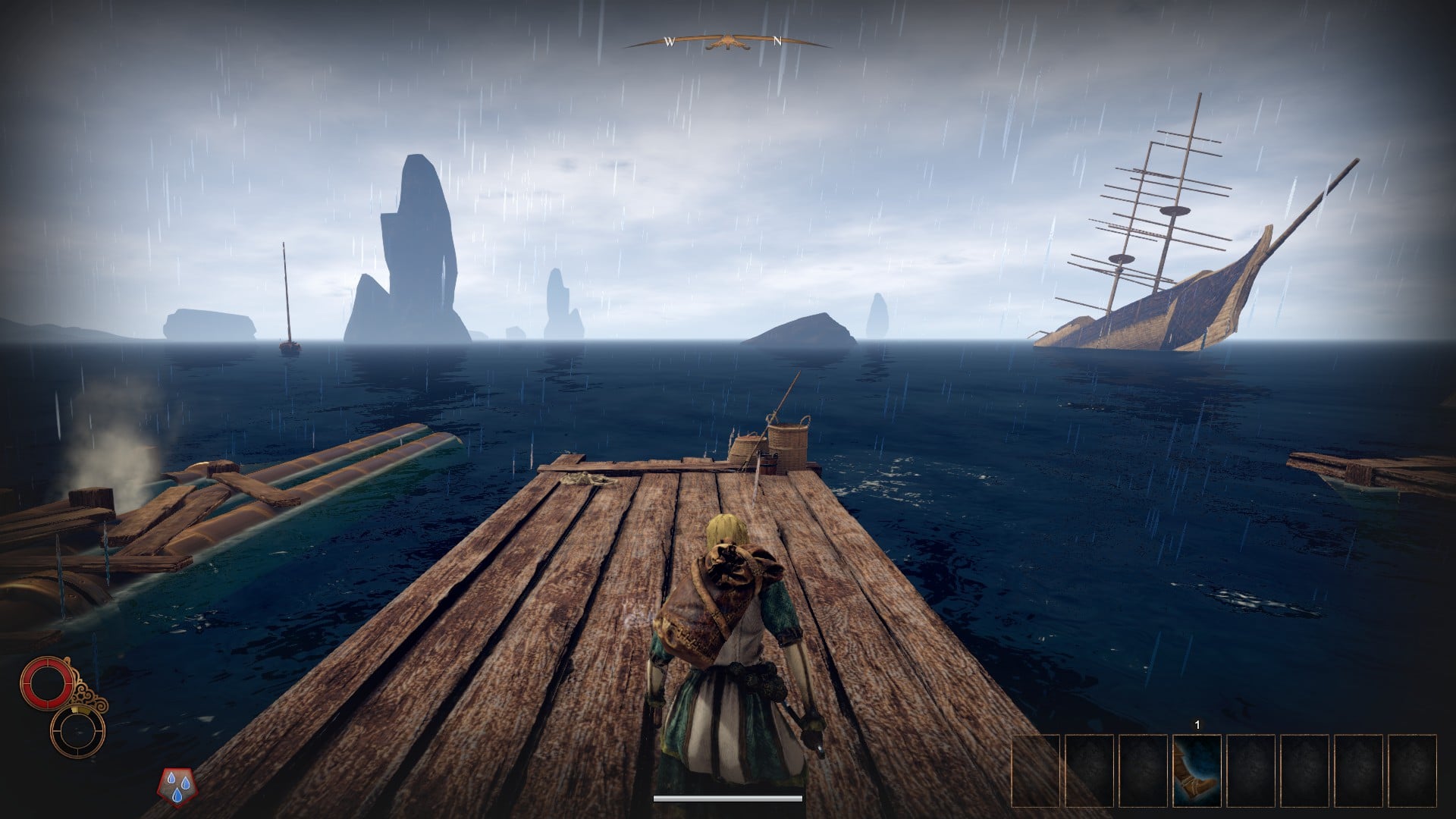 Just look out for fishes in salt water and keep pressing ‘F’ to gather them.

Wear armor that increases your cold and hot weather defense to 20. You do not have to focus or actively hunt these achievements since they will unlock naturally by progressing through the game and finding clothes. In the unlikely case you have missed one you can buy for instance:

Canadian Hotel
Camp outside while it snows.

After approximately fifteen in-game days winter is coming to Chersonese. Sleep in a tent in the snow. ⁦︎

Take my Hand!
Reanimate another player.

Revive a deceased player by holding ‘F’. In case you can’t play the game in online co-op, you can obtain the achievement in a local split-screen match with an additional gamepad.

You can find gems while mining ores with a pickaxe. It’s slightly luck-based, but gems aren’t too rare.

Travel to Hallowed Marsh and walk through a swarm of fireflies. Lead them to one of the red carnivorous plants to get firefly powder.

Circle of Life
Obtain Firefly Powder from the source.

Travel to Hallowed Marsh and walk through a swarm of fireflies. Lead them to one of the red carnivorous plants to get firefly powder. ⁦︎

Home Sweet Home
Purchase a house in one of the cities.

Purchase one of the three houses in Berg, Monsoon or Levant. They cost 500 silver coins each. 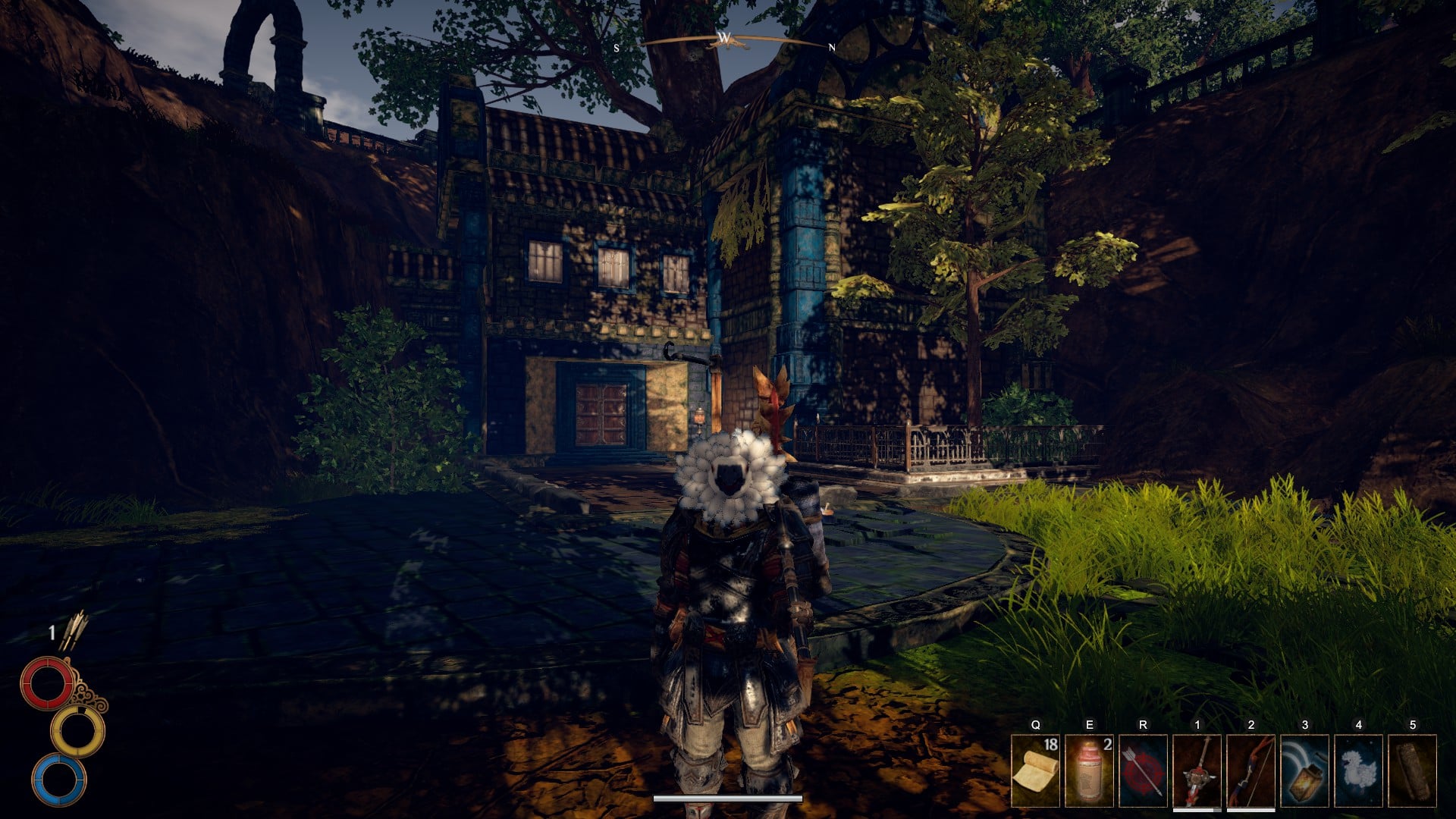 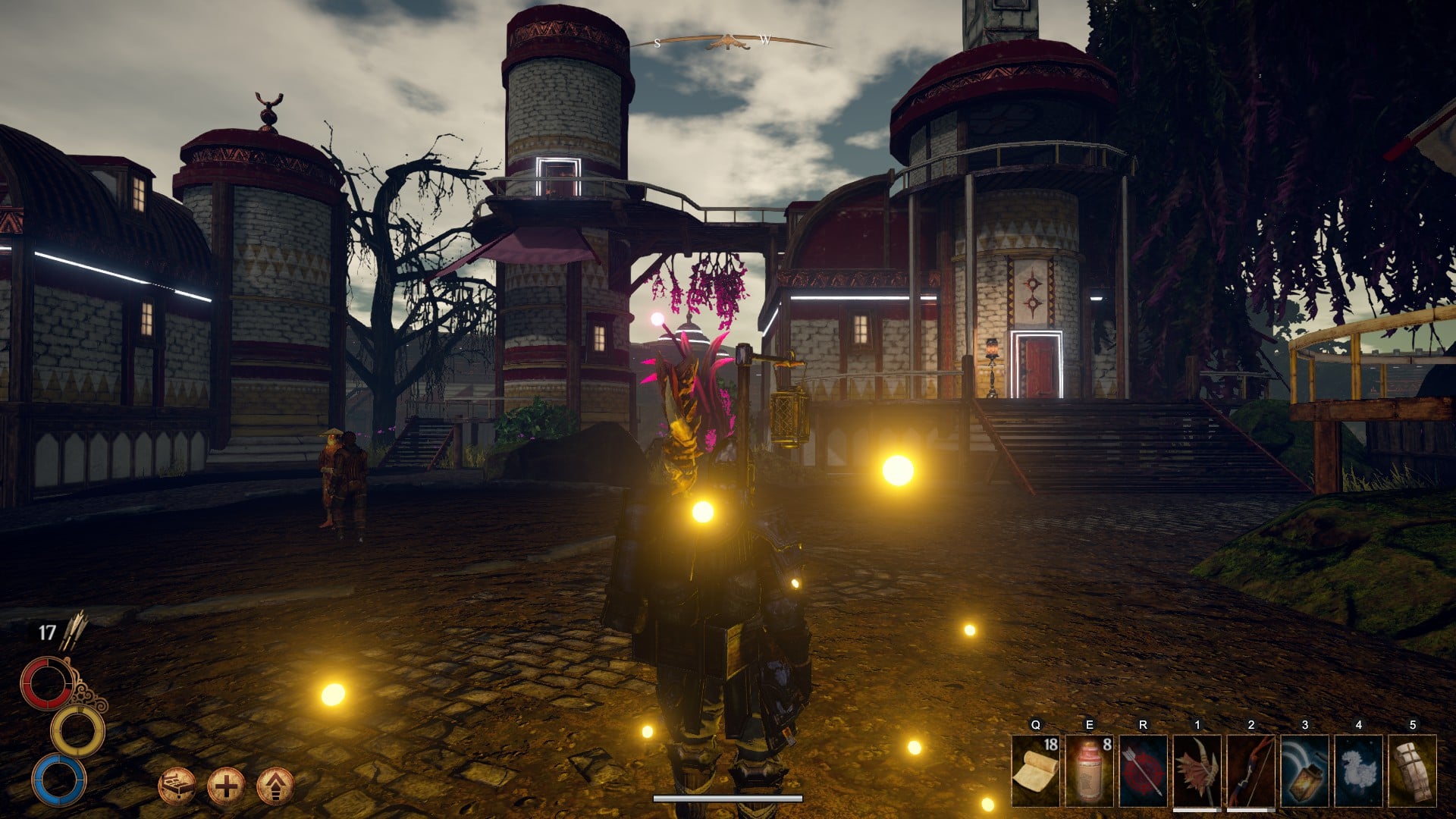 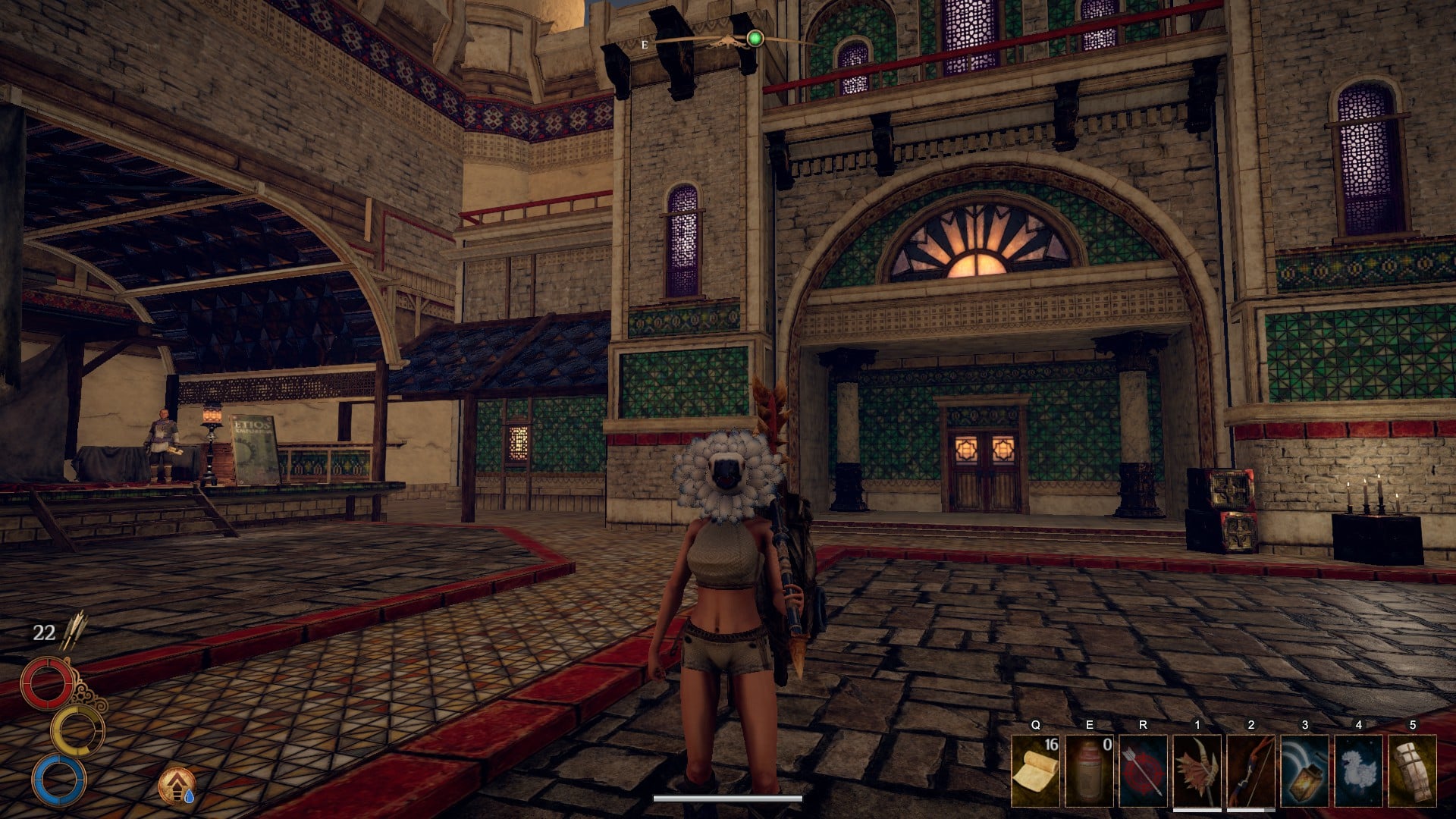 You can gain Mana in the depths of the Conflux Mountain in Chersonese. But you will have to give up some of your Health and Stamina in exchange. Visiting this place is quest-related in all three fractions.

Hold my Mead and Watch This
Have each boon active on you at the same time.

You have to simultaneously activate these seven boons:

All of the above listed potions must be mixed with an alchemy kit, or you can buy them from alchemists for 26 silver coins each: 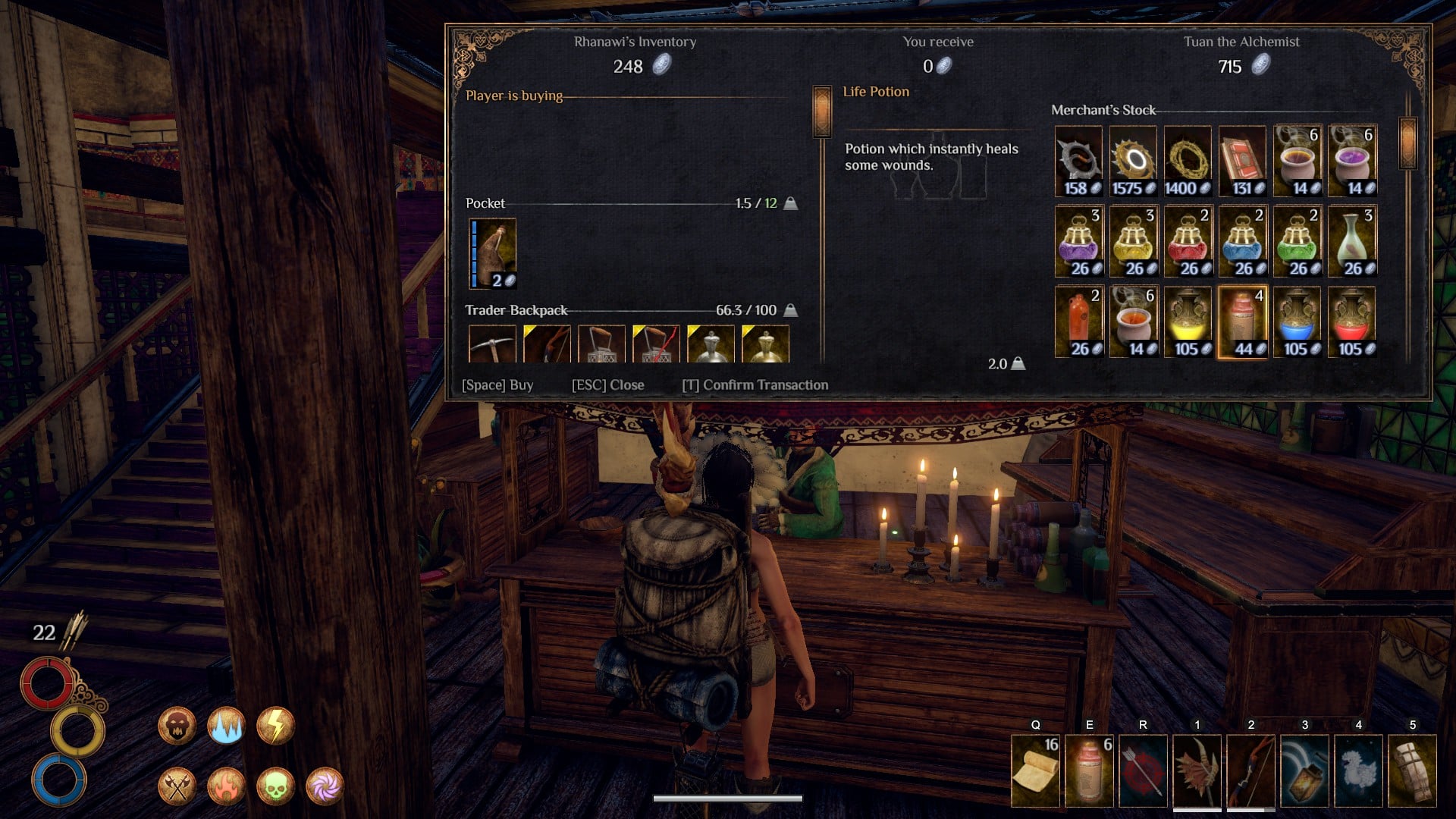 Gift from the Ancestors
Recover an item you stored in a Legacy Chest.

After completing one of the quest lines you can create a new character in legacy of your previous one. Just store an item in a chest in a house you own and regain it with a legacy character.

Combine one wood, one linen cloth and two iron scraps to craft a tripwire trap: 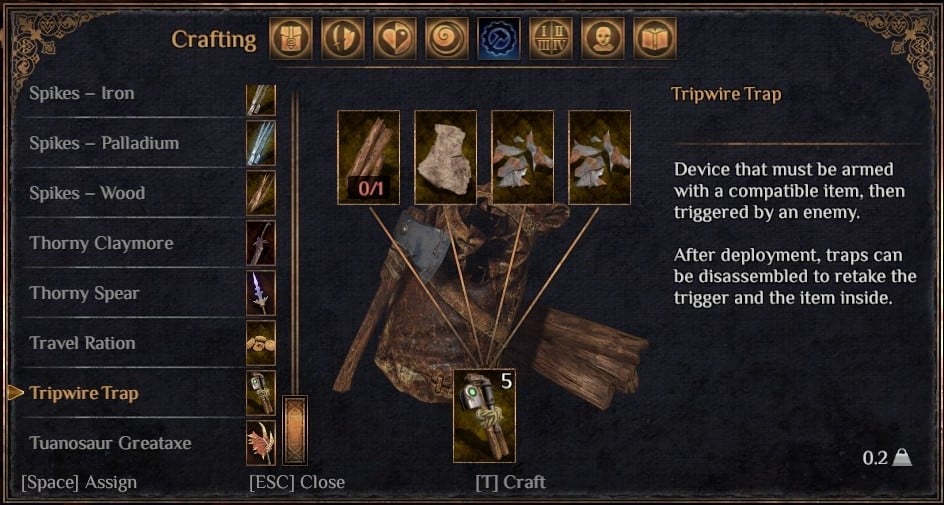 Please refer to this list to find a recipe with 4 ingredients. Make sure to brew at alchemy kits.

Note: You don’t have to combine four different ingredients.

Please refer to this list to find a recipe with 4 ingredients. Make sure to cook in kitchens or with pots.

Note: You don’t have to combine four different ingredients.

You can find recipes throughout the world, in chests and corpses. Or you can buy them for 10-50 silver coins from traders. The counter for the achievement increases for both cooking and crafting instructions and by successfully crafting/cooking products with not yet known recipes.

You might have to restart the game to unlock the achievement.

The only blacksmith who can craft tsar armor is settled in Levant, the capital of Abrassar. You have to find 11 rare tsar stones and own 1800 silver coins to get a full armory set.

A list of all known locations can be found at the end of this gamepedia entry.

The best place to easily kill a Shell Horror is the “Cabal of Wind Temple” in Enemark Forest. Just interact with the lever to eliminate the Shell Horror on the ground floor: 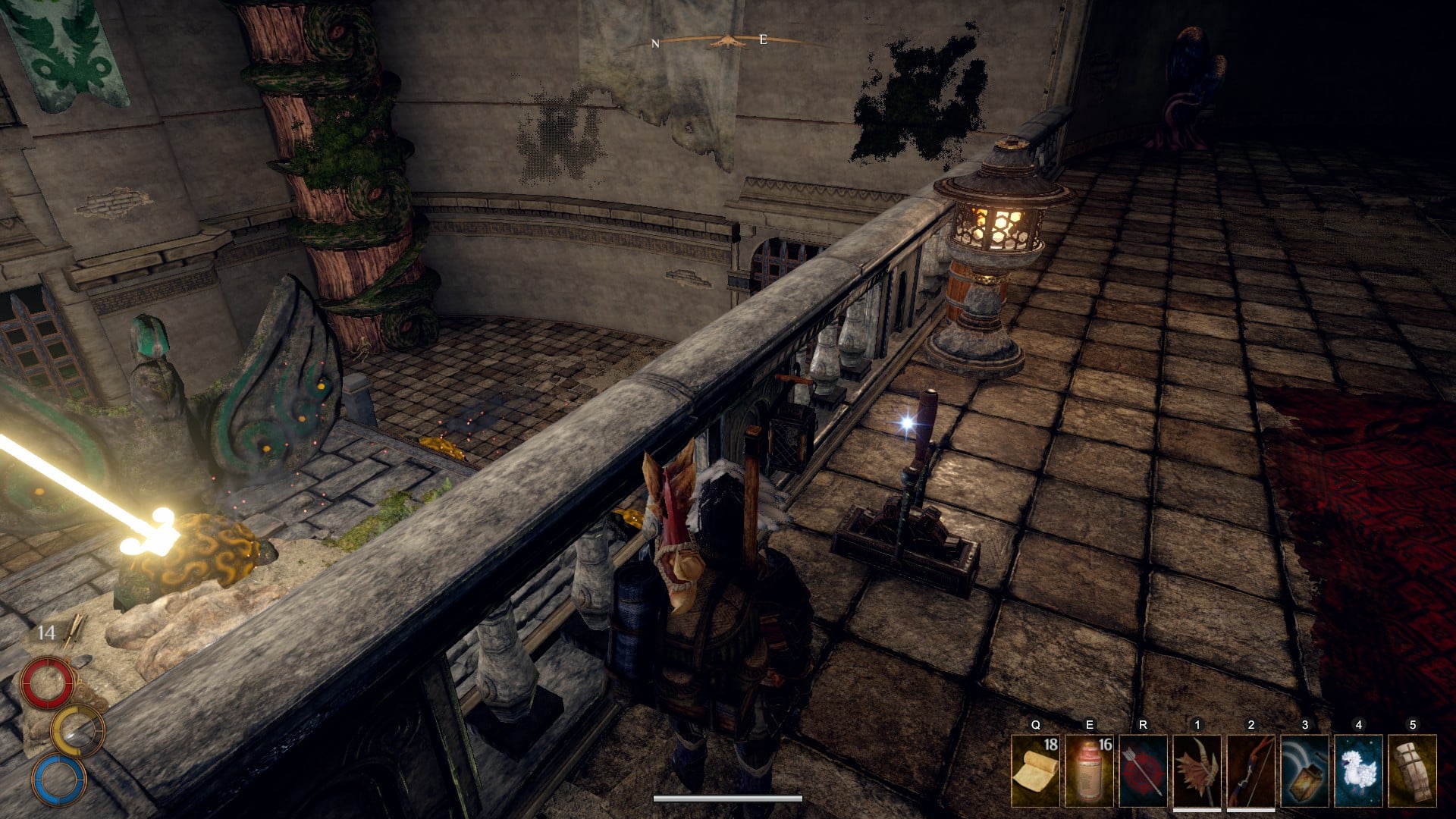 There’s a royal manticore in the west of Enmerak Forest: 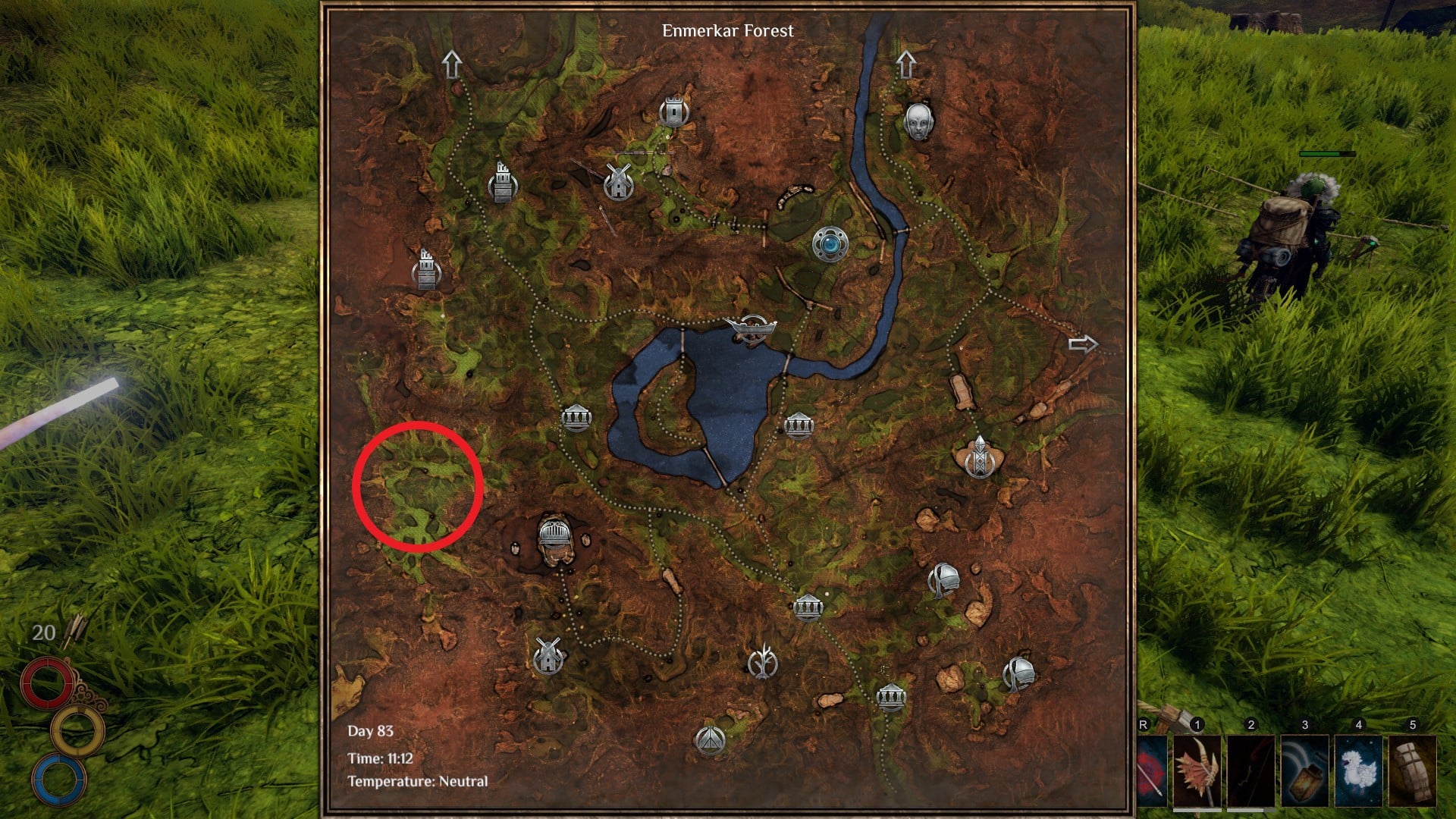 We recommend you to place tripwire traps with iron spikes and make the manticore run through them: 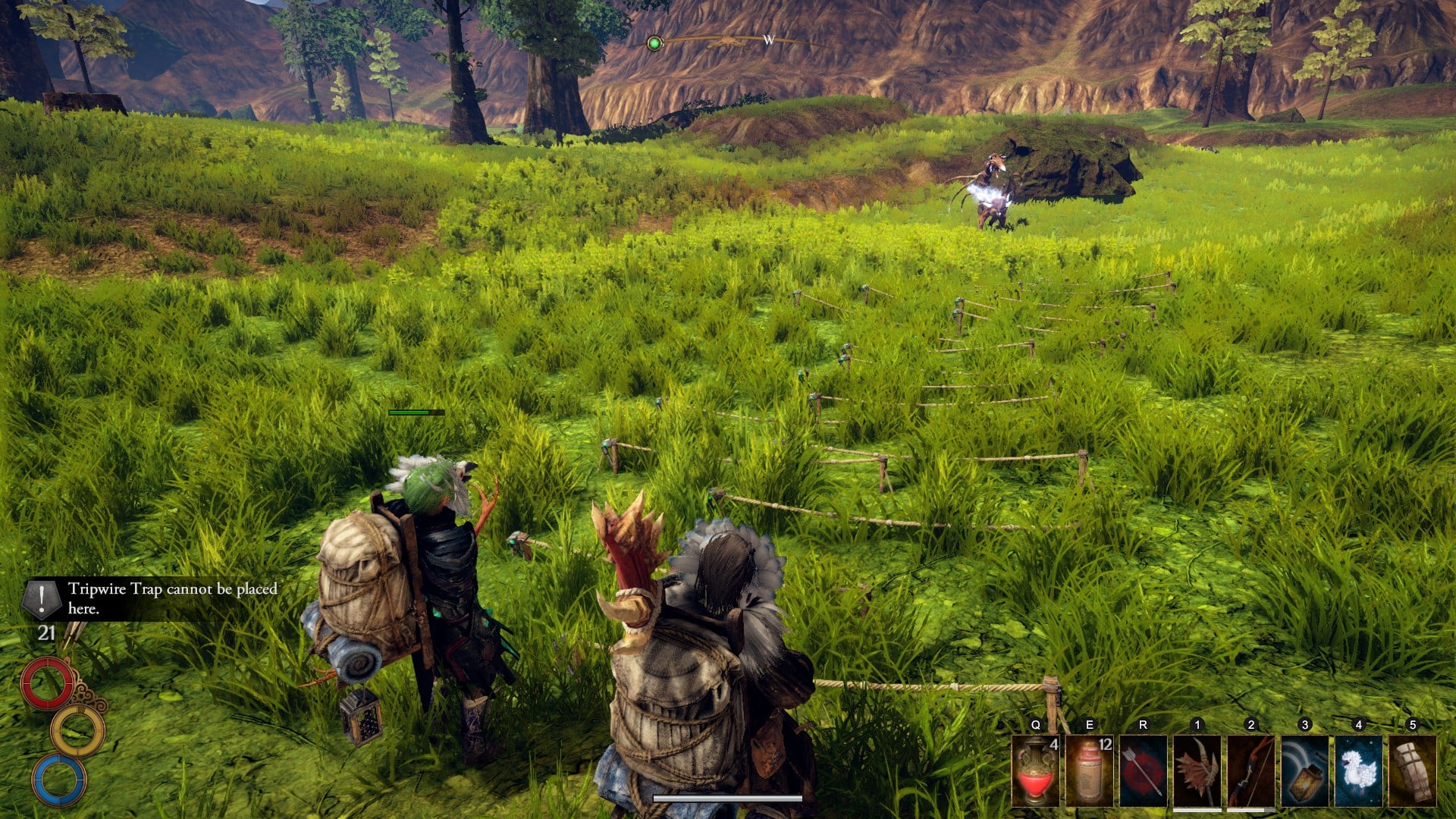 Put it Out!
Use the Throw Lantern skill 5 times.

Equip any lantern and activate the “Throw Lantern” skill. This is a basic skill you don’t have to learn.

You might have to restart the game to unlock the achievement.

Eureka
Use a Breakthrough Point.

Buy any skill from a skill vendor.

Exceptional Skill
Learn all the skills and passives you can from one Skill Tree.

You can find vendors who offer entire sets of skills in all main cities. A tree costs ~2500 silver coins.

Note: Sometimes, you have to choose between two mutually exclusive skills.

They’ll Tell Stories About This
Finish a quest line without ever being defeated.

This is the game’s hardest achievement. You have to beat an entire quest line without even dying once. Tips:

Talking with Rissa in Berg during the “Looking to the Future” quest will start this quest line.

The Power of Family
Join the Blue Chamber faction.

Damage control
Complete the first quest of the Blue Chamber.

Say Hello to my Big Friend!
Complete the second quest of the Blue Chamber.

Laid to Rest
Complete the third quest of the Blue Chamber.

Ancestor’s Pride
Complete the fourth quest of the Blue Chamber.

Parallel Quest: Vendavel – Stop the 3 warlords in the Fortress of Vendavel.

You should prioritize this quest! It will be available after joining the Blue Chamber and before completing the quest “Mixed Legacies”. Failing will result in losing the achievement and Cierzo.

Note: It might not appear in your journal. Carefully listen to Rissa in Berg: 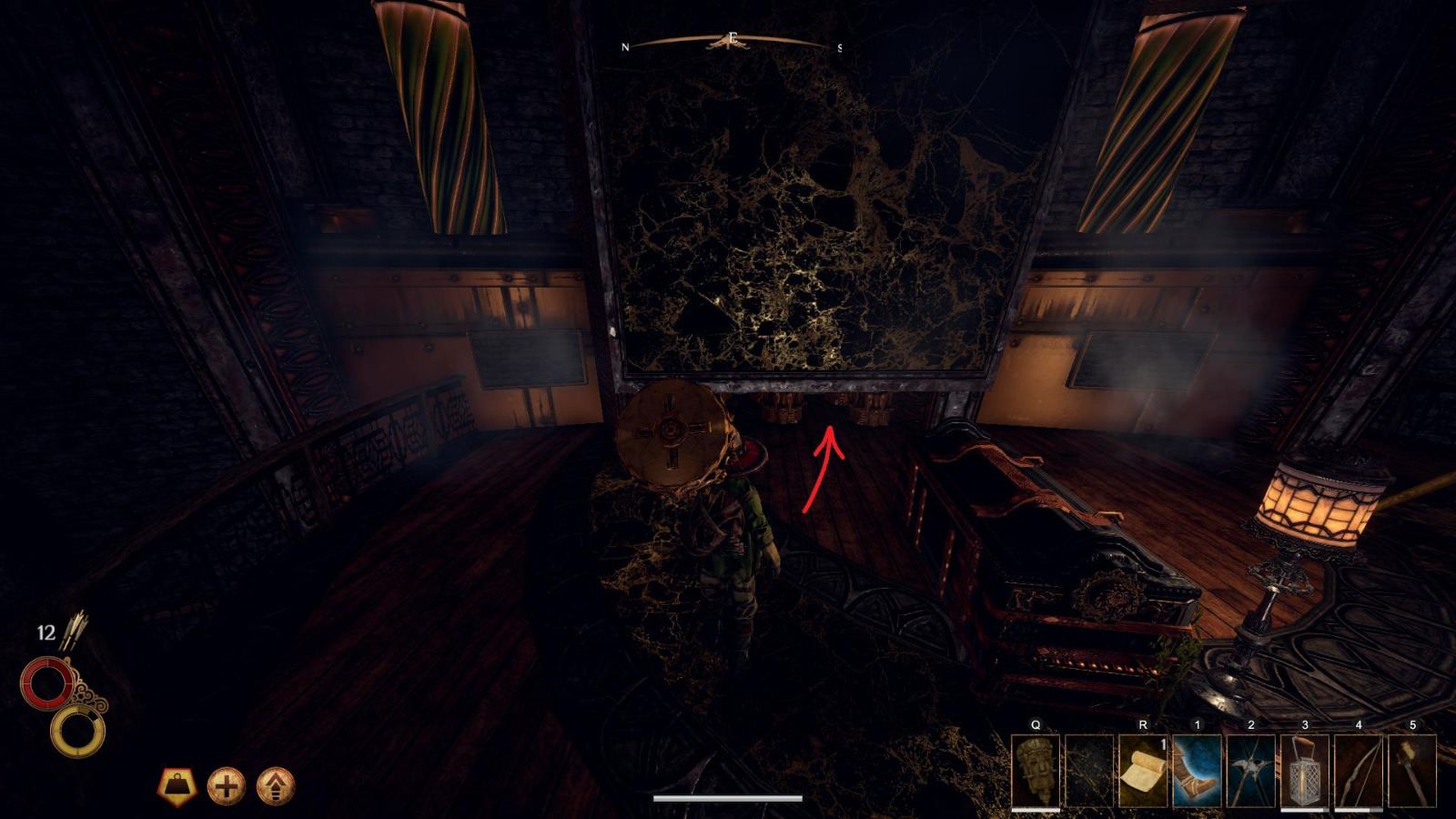 Travel to Cierzo and talk with the guard at the gate to start the quest. ⁦︎

The Power of Faith
Join the Holy Mission faction.

Tears of light
Complete the first quest of the Holy Mission, while keeping the Lighthouse.

A Candle Snuffed out
Complete the second quest of the Holy Mission.

Origin Story
Complete the third quest of the Holy Mission.

For All Aurai
Complete the fourth quest of the Holy Mission.

Ace Detective
Complete the parallel quest of the Holy Mission.

The Power of Freedom
Join the Heroic Kingdom faction.

Inside Job
Complete the first quest of the Heroic Kingdom.

Desert Justice
Complete the second quest of the Heroic Kingdom.

Food for the Hungry
Complete the third quest of the Heroic Kingdom.

Light of Levant
Complete the fourth quest of the Heroic Kingdom.

House of Cards
Complete the parallel quest of the Heroic Kingdom.

It’s end. I hope “Outward Achievements Guide” helps you. Feel free to contribute the topic. If you have also comments or suggestions, comment us.