On this page of the Red Dead Redemption 2 guide you will find the walkthrough for The King’s Son. When Arthur and Charles find out that Eagle Flies was captured by the army, the two friends depart for Fort Wallace to save him. 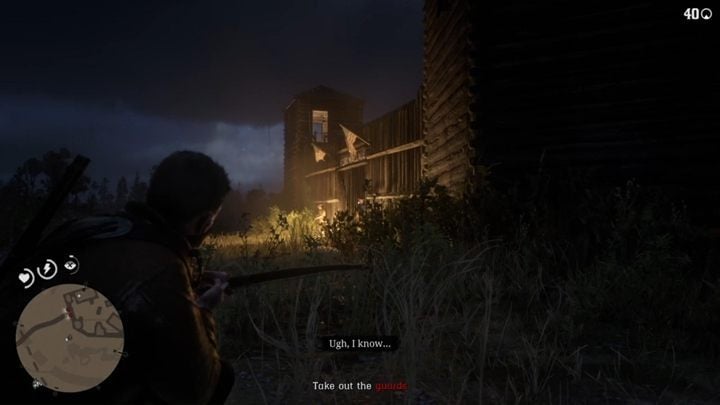 How to get the gold medal in The King’s Son? 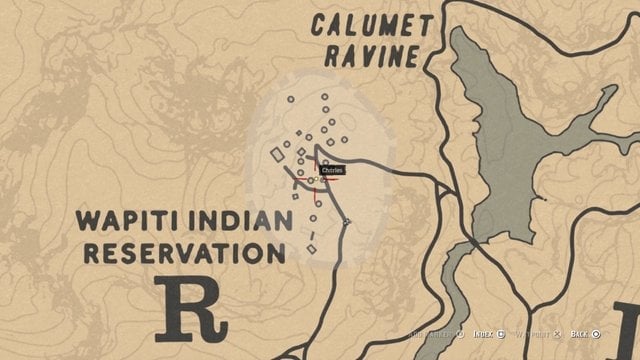 Head to the Wapiti Indian Reservation and talk to Charles to start this RDR2 mission. He’ll tell you to talk to Rains Fall. Head to the tepee he’s inside. 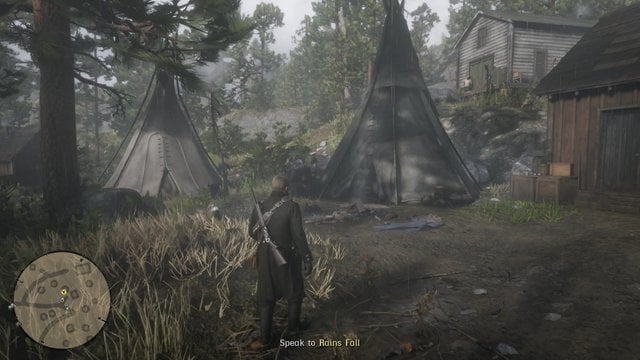 Arthur and Rains Fall will discuss the fate of his son, Eagle Flies, and of the fate between the Native Americans and the army… which is in poor state because of Dutch. Arthur says he’ll rescue Eagle Flies, and leaves with Charles on horseback. 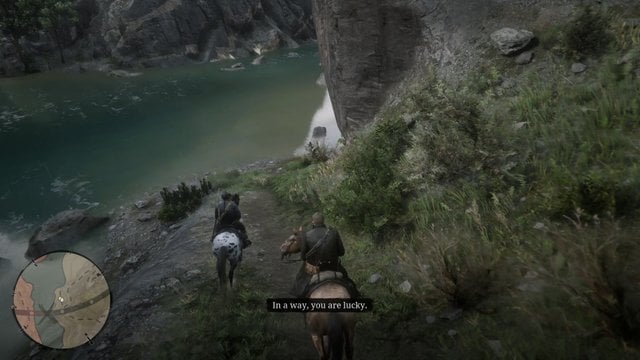 You’re headed to the fort, and you’ll get there by crossing the river. Make sure to equip your knives and bow. Charles has thought this out well, too, preparing canoes for their escape.

Follow Charles. Arthur will finally tell someone about his diagnosis, and Charles talks him through it as they cross the river, and it starts raining. Keep on.

Eventually, you’ll get close enough to the fort. You’ll dismount, hitch your horses, and sleep until night falls. When the cutscene ends, follow Charles, crouched, with your bow equipped. 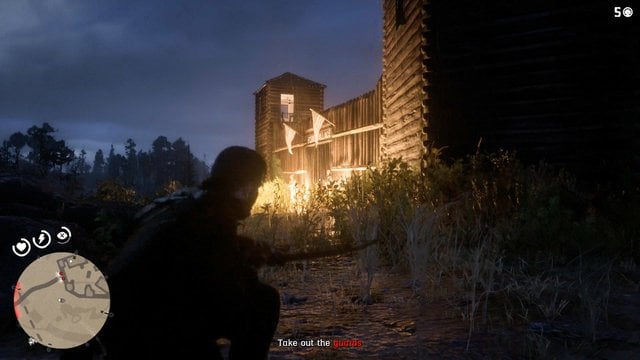 When you get to the gate, aim at the guard’s head on the right. Charles will silently take out the other when you attack.

Follow Charles closely along the wall now. He’ll do the looking out for you. WHen you reach the tower, aim at the guard in the window up inside, and headshot him. Charles will take out the other. 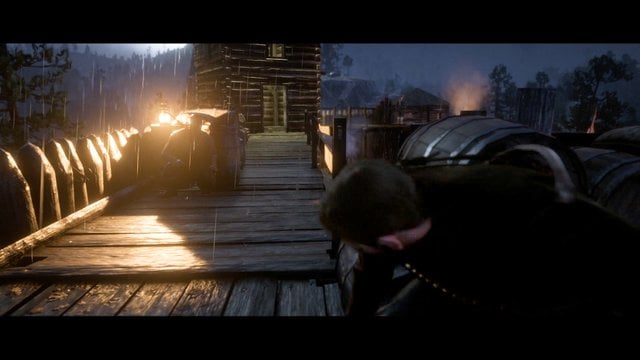 Walk close enough to the tower, and a cinematic will start. Charles will throw up a rope, and the two will climb up. Once you’re situated, Charles will point out a guard up ahead.

We chose to take the lead, and approached him while crouched, equipping our knife. When close enough, press circle/b to stealth kill the guard. 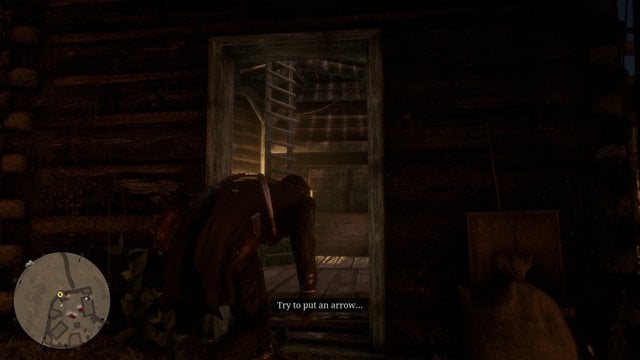 Continue forward, and take out the next guard the same way. Further up ahead, there’s two more. Use the bow to take out the one to the left – make sure to get his head.

Finally, you’ll make it to the floor level inside the fort. Charles will tell you to go up the tower. Stealthily take out the man in the walk way to clear it. Use the bow to shoot the lantern above the crates to start a fire – a distraction. 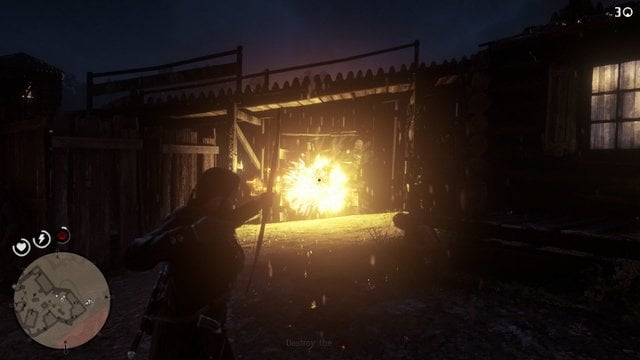 Now head back down to Charles, and follow him.

Once inside the cell area, take out the guard there, and search his body to find the keys. Open the door to Eagle Flies’ cell, and release him.

He’s in bad shape. It turns out he’s been tortured, but he’ll follow you out. 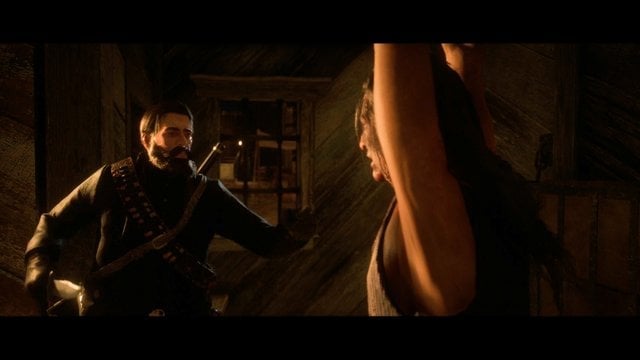 He has no choice, anyway – a signal is broadcast, alerting the fort to your presence. A firefight ensues when you leave the room.

Follow Charles and Eagle Flies to the exit once you’ve killed enough of the men inside. 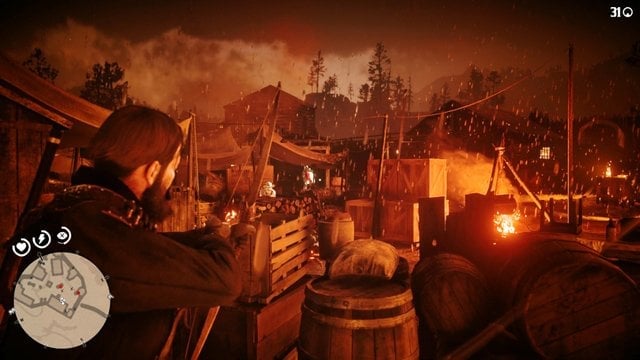 Unfortunately your exit has been boarded up. We had dynamite arrows crafted, and blew it up with those, but normal dynamite will do the trick too.

Get on your horse outside, and follow Charles to safety. 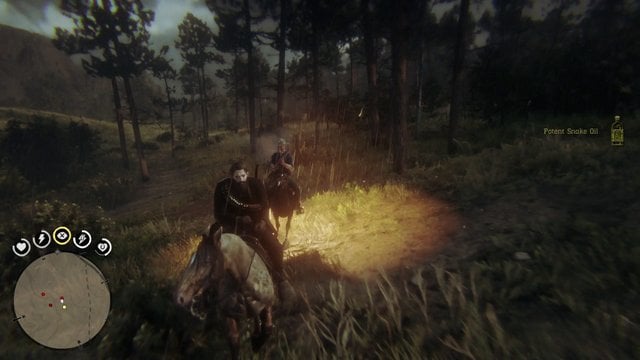 Your horse will automatically follow them, so look behind you and keep the men off your tail.

Dismount when you get to the water, and keep killing your pursuers while Charles gets the canoe ready. He’ll let you know when they’re ready – get in. 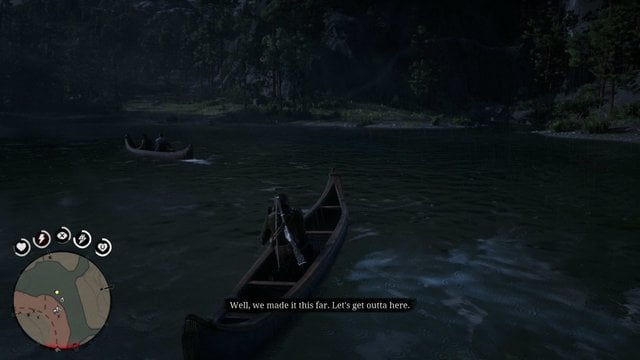 Shoot men who’re after you as you escape down the river. Arthur will call out which direction they’re coming in occasionally. Just don’t run into any big rocks, and you’ll be alright. 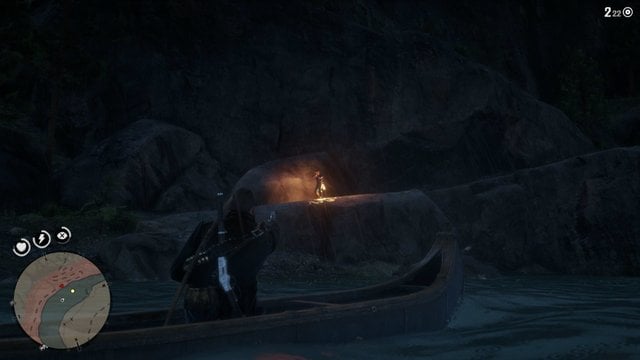 Around the last bend, Charles says not to kill the horses ahead. So only aim at the men.

Now head to shore with them. The three of you will have a talk, and Charles will leave with Eagle Flies to take him to his father. 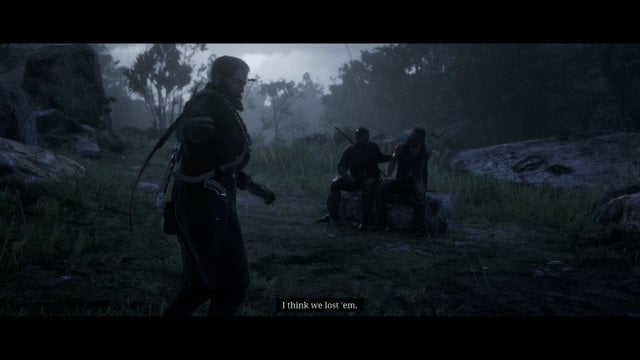