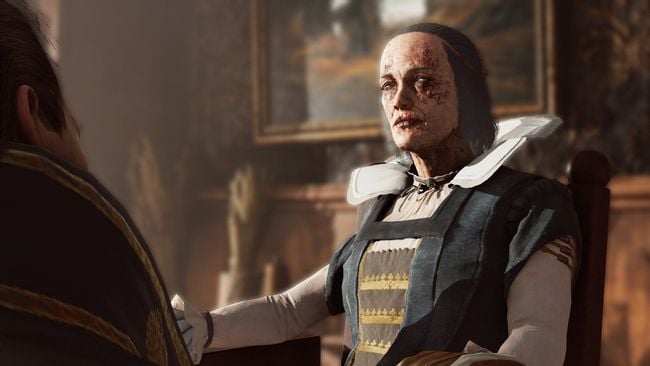 The main character leaves so he needs to say goodbye to his mother. Go down the stairs at the end of the path to meet Kurt in the courtyard. He is the protagonist’s mentor. Fight with him, learning the combat basics. For the main attack, use LMB, for the additional attack (kick) – CTRL. Press Shift to dodge. RMB allows you to put a block which is much more effective if you press RMB right before the enemy hits. In this case, you parry it and confuse the enemy for a split second. Perform three attacks followed by three dodges or parries. After this, you should defeat Kurt. 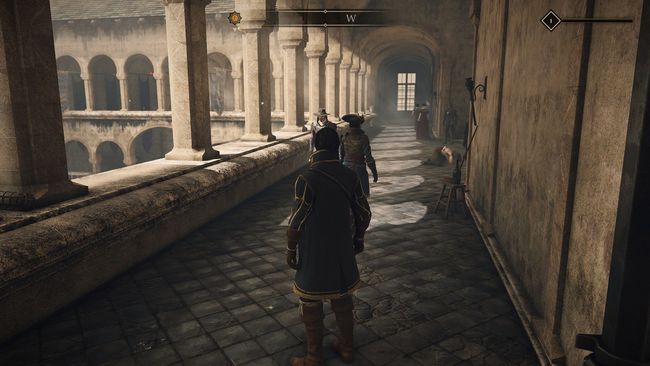 You will also learn about a tactical pause. To get it, press Tab or Space. In this mode, all battle action is put on pause. Using the tactical pause, you can choose a skill, potion, or spell. In addition, you can assign a shortcut. Select a healing potion, press Q and then click on one of the number keys to set a shortcut. Talk to Kurt after the battle.

Go through the door and talk to De Sardet. Having received a farewell gift and a hat from her, you will find yourself outside. Move forward and meet Kurt. He will tell you that you need to find Constantin. This is the protagonist’s cousin who became the governor of a new island. In addition, Kurt will provide you with thefirst side quest Coin Guard Merchandise and will become your companion. Take him to the squad. 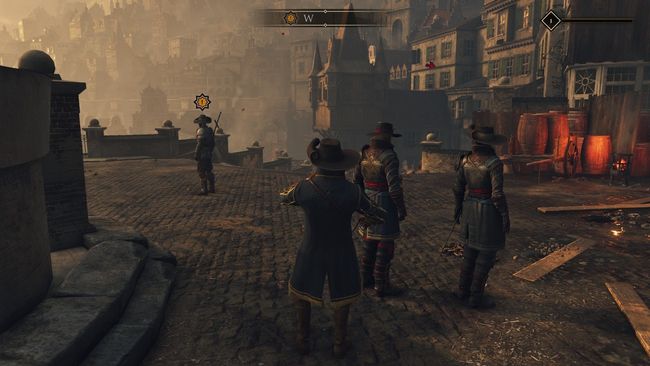 Follow the nearest marker and enter the house of the Bridge Alliance ambassador. Talk with him about everything and get another side quest – The Charlatan. 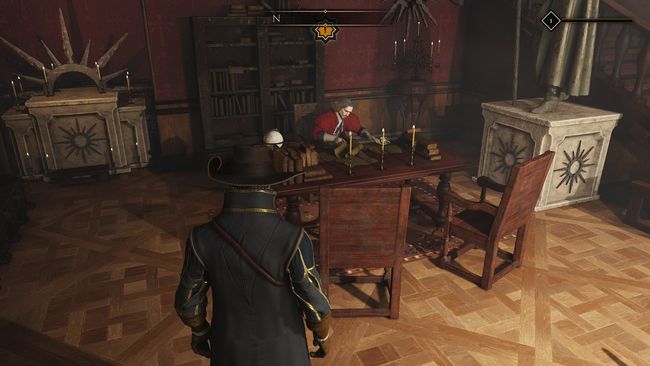 Head to the port area where you’ll see a cutscene which introduces Captain Vasco. Talk to him to get a new side quest – Disappearance among the Nauts. In addition, the main quest will be updated. It’s high time to find Constantin, the protagonist’s cousin.

Go to the tavern and talk to the innkeeper behind the counter. He will tell you about a fight and will say that he can help only in case you repair the furniture or pay the damage. Thus, you should either find 4 dowels or pay 25 coins. Even if you have dowels in the inventory, you will have to go out of the tavern and craft at least one dowel at the nearby workbench. Interact with the furniture for the second time. Whether you decide to pay or repair the furniture, talk to the innkeeper. He will tell you that Constantin quarreled with bandits whose warehouse is located in the nearby.

Go there. You may find a bypass if you descend the nearest stairs. If you go forward along the street and to the right, you will have to talk to kidnappers. You can pay a ransom of 50 coins or apply intuition (1 point) if you have it. The other option is to fight against everyone. We have used the intuition, and the bandits provided us with the key. Enter the building, climb to the second floor and open the room with Constantin. After this, go to the opposite room and grab the old embroidered doublet. Open the inventory, use arrows to switch to Constantin and equip him with the old doublet.

Leave the building and go to the port. Talk to Captain Vasco. Agree to sail or say that you still have unfinished business. When you choose the first option, follow Vasco to the place where the battle against the creature will begin.

In the battle against this monster, you should use dodges (Shift key). Roll timely to avoid being hit. Do the same in the moments when the creature throws something at you. Also, try to attack him from behind. At the end of the battle, the creature will crawl, falling forward on his belly. Just dodge to the side and hit from behind. After the victory, you’ll get a crystal that allows you to redistribute all characteristics, skills, and talents. Use it if you wish.